Where We Began Q&A video and photos: Should where we’re born define where we end up?

Home-Where We Began Q&A video and photos: Should where we’re born define where we end up?

Where We Began Q&A video and photos: Should where we’re born define where we end up? 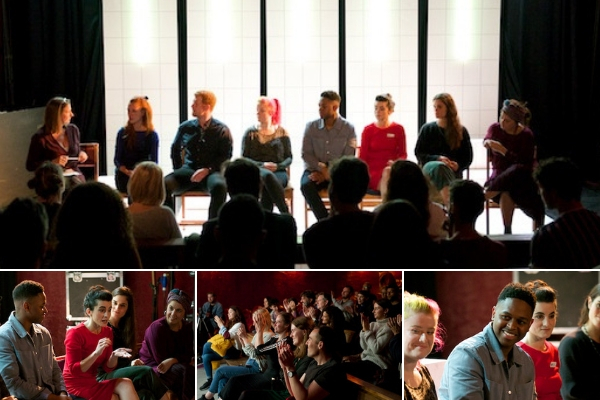 I chaired a post-show Q&A with Stand & Be Counted Theatre at their performance of Where We Began at HighTide Festival in Walthamstow on 23 Sep 2018. © Peter Jones

Should country of birth define your identity or determine where you end up?

Set in the near-future, Stand and Be Counted Theatre’s highly political new play Where We Began imagines a world where a new universal law mandates that everyone must return to where they were born and stay there. Borders are built everywhere and strictly enforced: no communication, and absolutely no travel, across them is permitted.

The piece, written by SBC co-founder Rosie MacPherson, was inspired by Tafadzwa Muchenje, who first came into contact with SBC after attending their last production, ‘Tanja’. Taf told them about his own real-life experience: born in Zimbabwe, which he left at the age of six months, he was threatened with deportation by the Home Office at the age of 19, despite the rest of his family being granted indefinite leave to remain in the UK.

Taf’s story forms a central part of Where We Began, which is also informed by the personal experiences of the rest of the international cast: Zoe Katsilerou (originally from Greece), Fernanda Mandagara (Brazil), Shireen Farkhoy (second generation from Iran) and MacPherson herself (Ireland).

For the Q&A I was privileged to chair on Sunday (23 September 2018), I was joined by all of them as well as SBC producer John Tomlinson and technical manager Charlotte Woods, following the one-off performance of Where We Began at Mirth, Maud and Marvel (a very funky former cinema in E17) as part of HighTide’s annual festival in Walthamstow.

It made for a fascinating discussion covering matters of immigration, identity, sanctuary, art, activism, climate change and the danger of building too many walls.

Where We Began continues on tour, concluding with a return to London and three performances at Camden People’s Theatre from 26 to 28 October 2018. 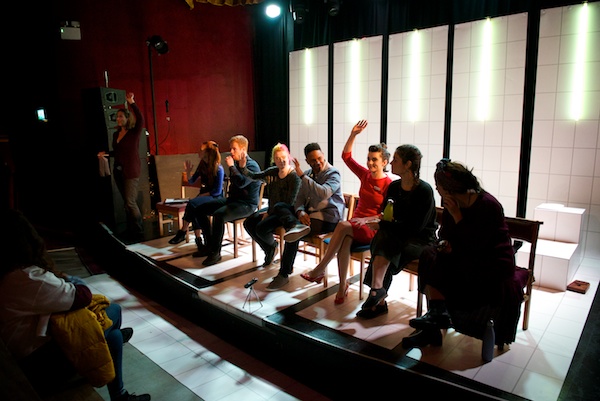 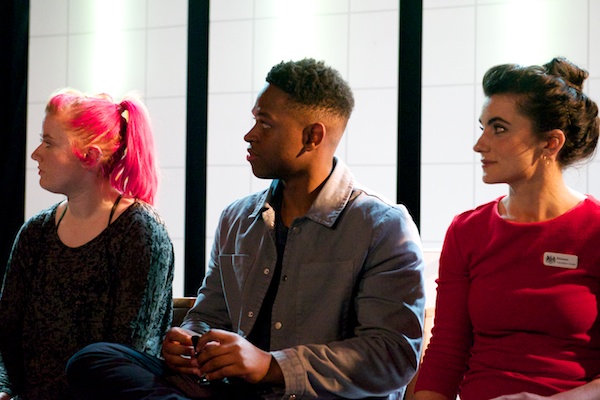 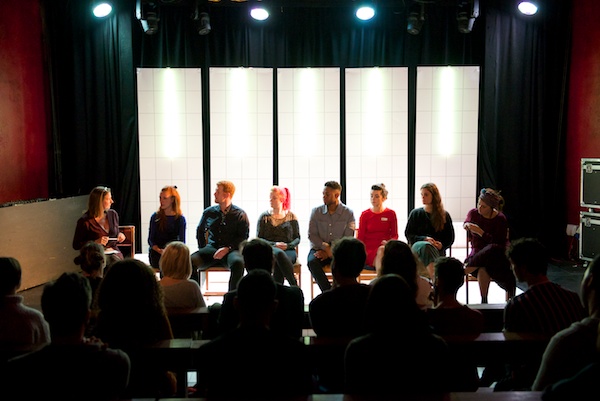 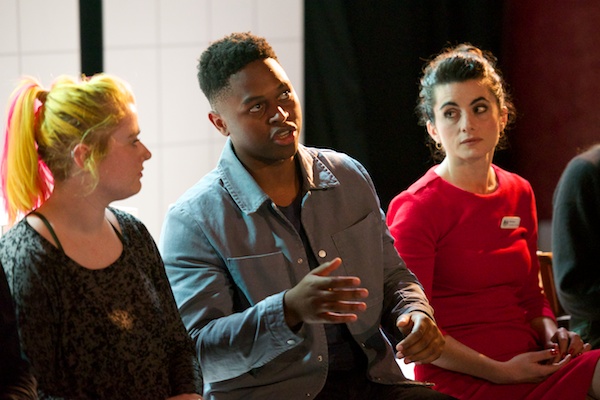 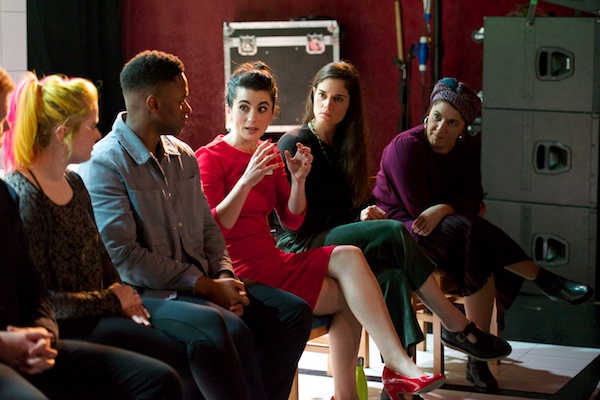 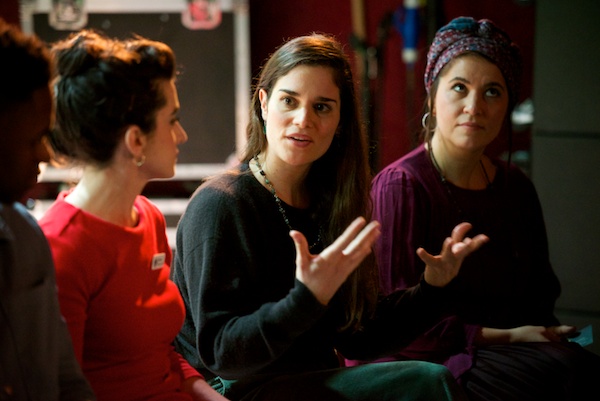 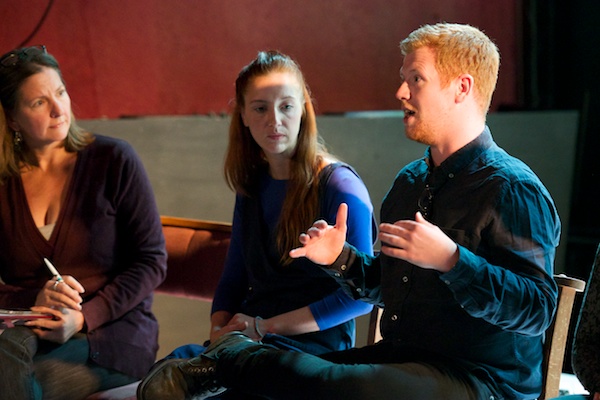 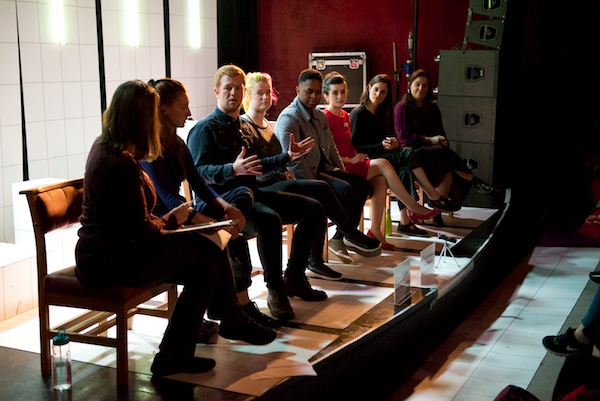 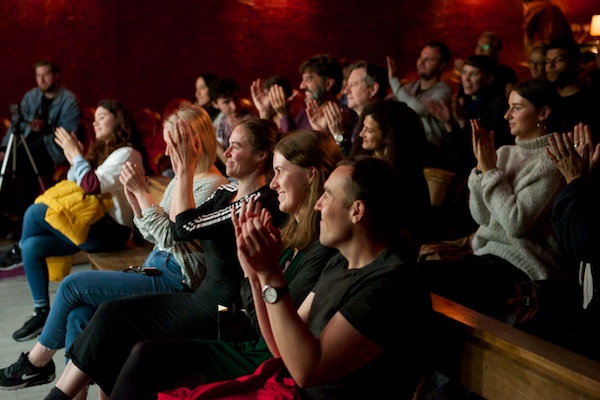 Where We Began Q&A