The Sweet Science of Bruising Q&A video and photos: Why’s now the right time for a play about Victorian female boxers?

The Sweet Science of Bruising Q&A video and photos: Why’s now the right time for a play about Victorian female boxers? 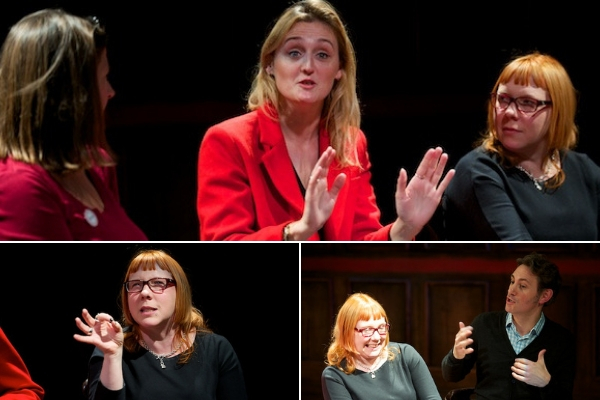 My Q&A for The Sweet Science of Bruising at Southwark Playhouse. © Peter Jones

This weekend, I got to enter the boxing ring at London’s Southwark Playhouse to chair a post-show Q&A at Troupe Theatre’s world premiere production of Joy Wilkinson’s The Sweet Science of Bruising.

London, 1869. Four very different Victorian women are drawn into the dark underground world of female boxing by the eccentric Professor Sharp. Controlled by men and constrained by corsets, each finds an unexpected freedom in the boxing ring. As their lives begin to intertwine their journey takes us through grand drawing rooms, bustling theatres and rowdy Southwark pubs where the women fight inequality as well as each other. But with the final showdown approaching only one can become the Lady Boxing Champion of the World…

For the discussion after yesterday’s matinee performance, I was joined by writer Joy Wilkinson, director Kirsty Patrick Ward and Troupe Theatre Company producer/ multi-role cast member (and on-stage tweeter with the laptop!) Ashley Cook on the panel as well as a highly interactive audience that included a real-life female boxer and playwright Vinay Patel (whose own new play An Adventure is currently running at the Bush and who, like Joy, is a staff writer on the new series of Doctor Who).

Wilkinson first started writing The Sweet Science of Bruising in 2007 while at the National Theatre Studio and soon after it had a rehearsed reading at Soho Theatre. The wide-ranging discussion covered why it’s taken more than ten years to bring the play to the stage (a cast of 10+, for starters), feminism, misogyny, the travesty of Donald Trump‘s latest Supreme Court appointee Brett Kavanaugh, the history (and morality) of boxing, the inspiration that is Olympic gold medallist Nicola Adams and why – having missed London 2012 (the first year that women’s boxing became an Olympic sport – it’s turned out that #TimesUp 2018 is ‘precisely the right time’ to stage this epic new play.

The Sweet Science of Bruising runs until 27 October 2018 at London’s Southwark Playhouse. 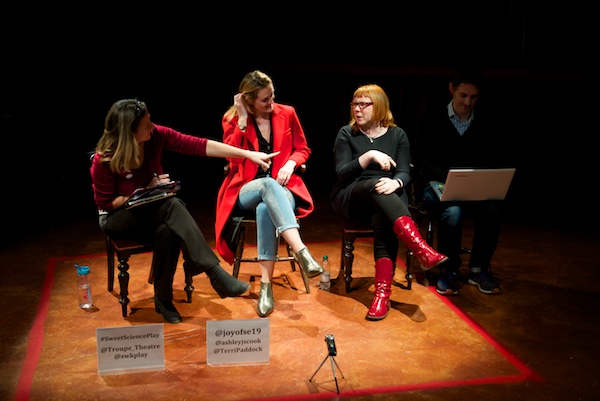 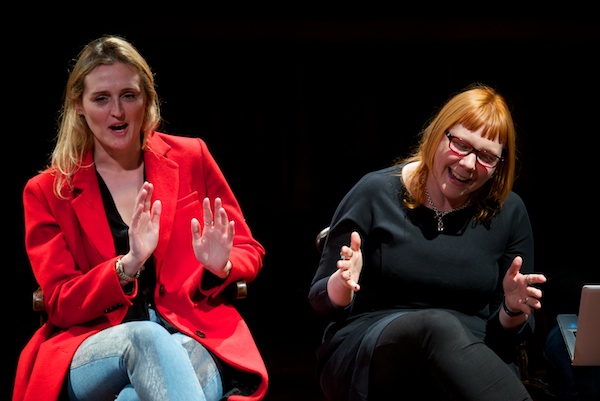 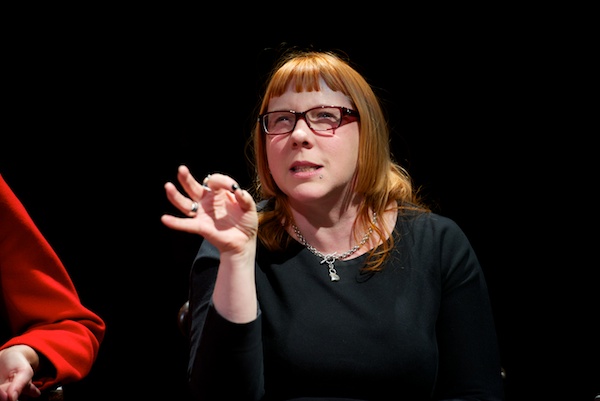 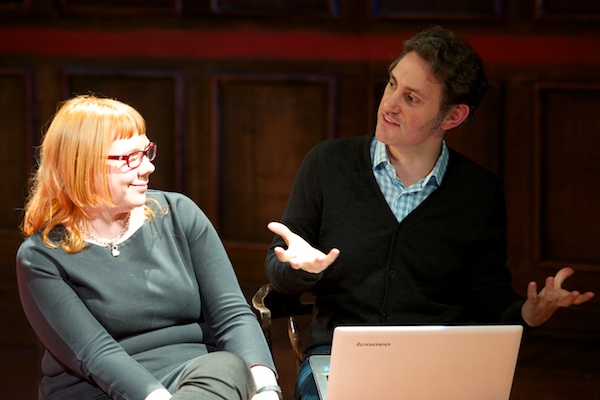 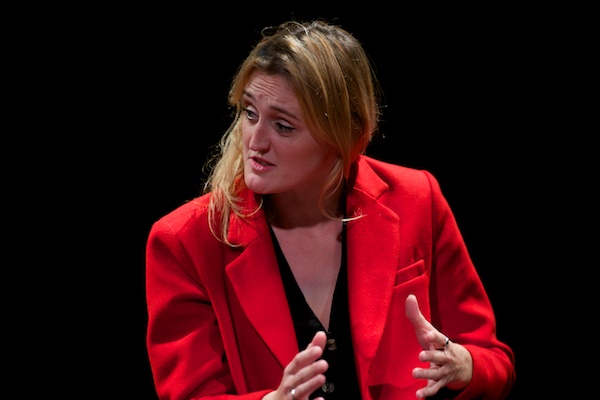 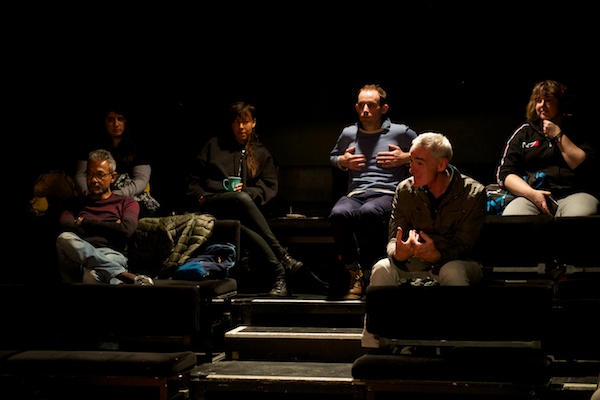 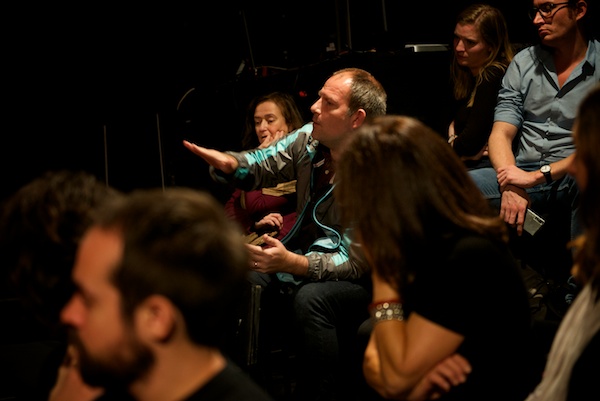 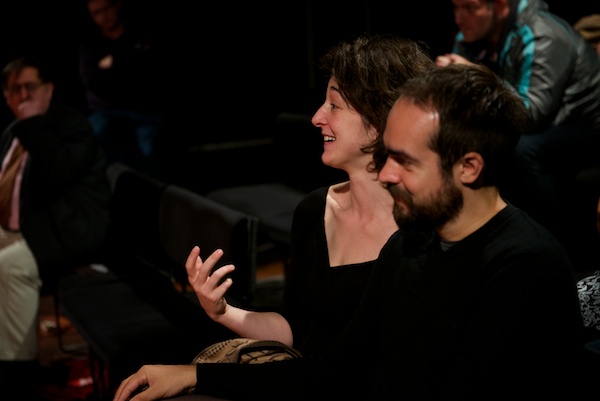 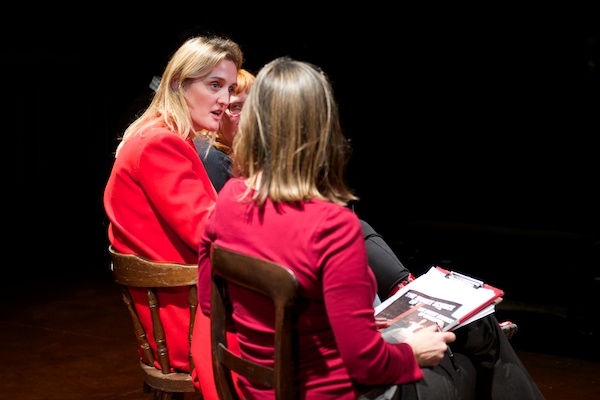