Six Q&A video and photos: Which other historic female figures should get the musical treatment?

Home-Six Q&A video and photos: Which other historic female figures should get the musical treatment?

Six Q&A video and photos: Which other historic female figures should get the musical treatment?

At the Six post-show Q&A at London’s Arts Theatre on 11 September 2018, I was joined by six queens, two co-writers & one musical director. © Peter Jones

Adrenaline still pumping as I type this! SIX The Musical was the undisputed hit of this year’s Edinburgh Fringe and it’s now transferred back to the West End for an extended run at the Arts Theatre, where it had a handful of showcase performances over the Christmas/New Year period.

I first saw the show last December, and it was fantastic to see how it’s grown and gained even more in sass and confident with new direction by co-writer Lucy Moss (with Jamie Armitage), stunning new costumes by Gabriella Slade, and new choreography by Carrie-Anne Ingrouille as well as, tonight, five new queens, riding a wave of excitement after its crowd-rousing success at Edinburgh and West End Live. 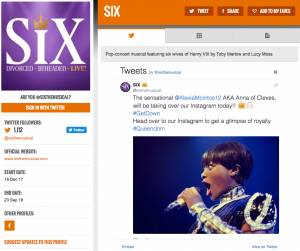 Get all social media for SIX & its cast on www.stagefaves.com

Like most performances of SIX up to now, tonight’s was a complete sell-out and the audience’s enthusiasm carried over for a rollicking Q&A, in which we didn’t have anywhere near enough time to cover everyone’s questions (sorry!).

DIVORCED. BEHEADED. LIVE IN CONCERT! From Tudor queens to pop princesses, the six wives of Henry VIII finally take the mic to tell their tale, remixing five hundred years of her-storical heartbreak into a 75-minute celebration of sisterly sass-itude.

SIX is co-written by Toby Marlow and Lucy Moss, their first musical, written while they were still university. For tonight’s Q&A, I was joined by Marlow and Moss, as well as musical director Katy Richardson (one of only three female musical directors currently employed on a London musical) and cast members Jarneia Richard-Noel (who plays Catherine of Aragon), Millie O’Connell (Anne Boleyn), Natalie Paris (Jane Seymour), Alexia McIntosh (Anna of Cleves), Grace Mouat (Katherine Howard, on tonight for Aimie Atkinson) and Maiya Quansah-Breed.

Amongst some of the questions covered: Why can’t we think of more female figures in history deserving musicals? Why is it so important to have female creatives and all-female band as well as the six queens? What does composer George Stiles (of Stiles & Drewe) have to do with the show? Is this really REALLY the first thing – anything – that Lucy Moss has ever written? (Wow!)  When will a full cast album be released? What do the writers think of being labelled the British equivalent of Hamilton? (Toby wrote his dissertation on Hamilton.) Has Lin-Manuel Miranda been invited?

Watch the full video of the Q&A for answers! A small smattering of the Twitter buzz from tonight gathered below too, as well as event photos by Peter Jones. 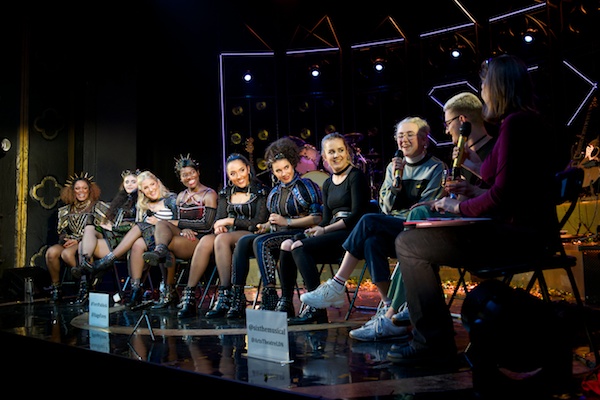 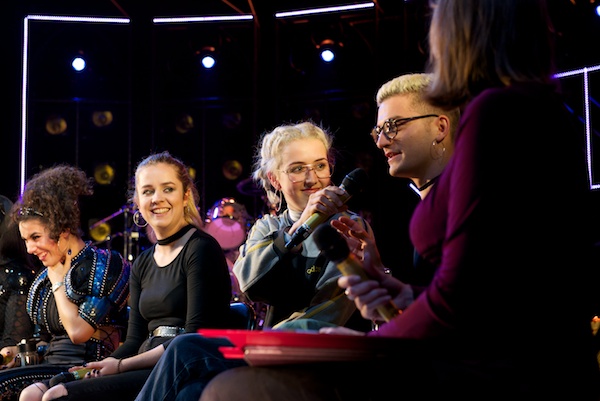 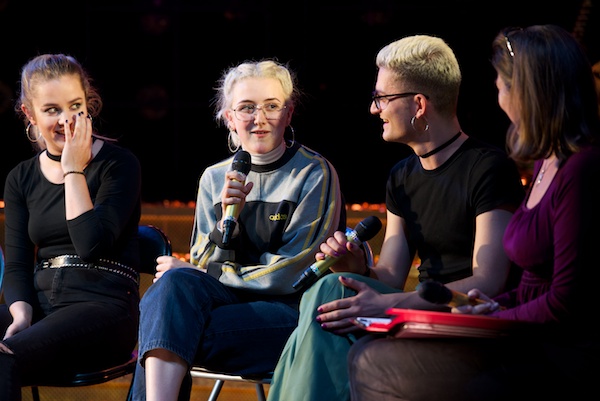 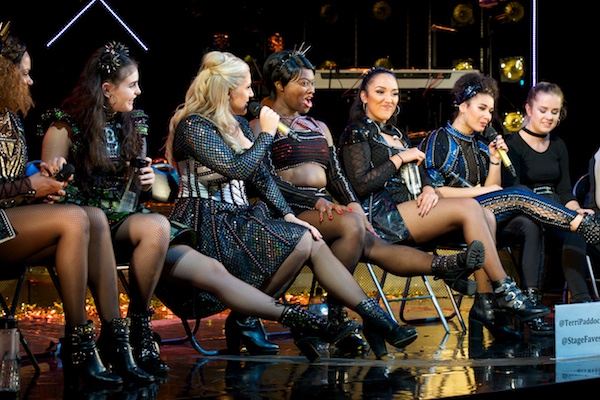 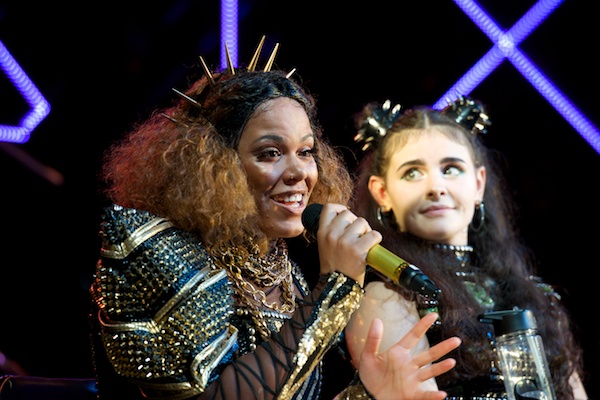 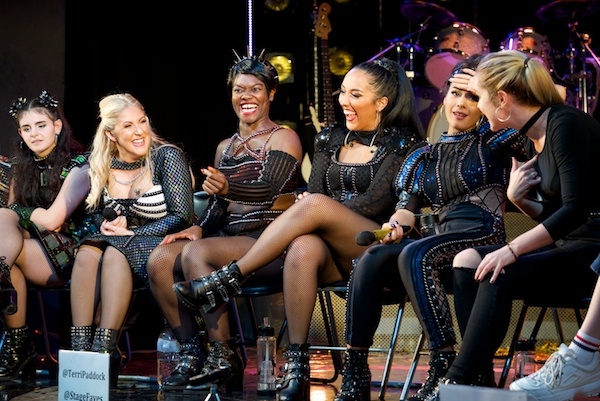 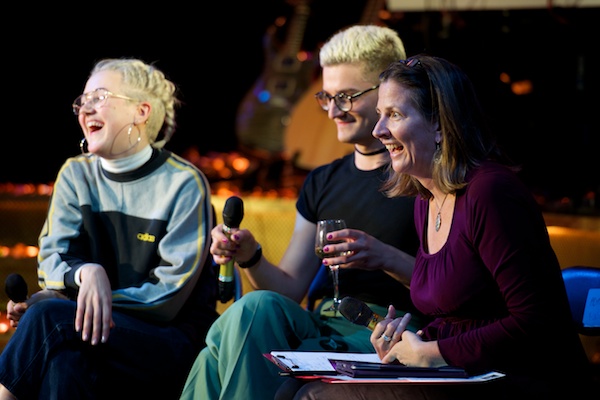 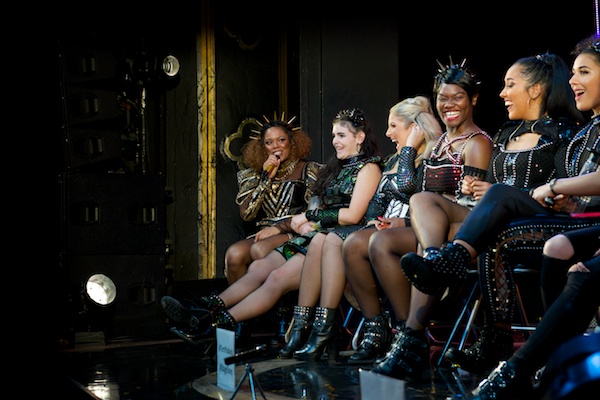 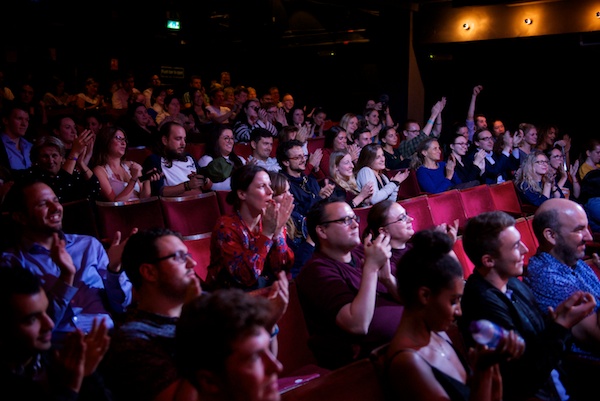 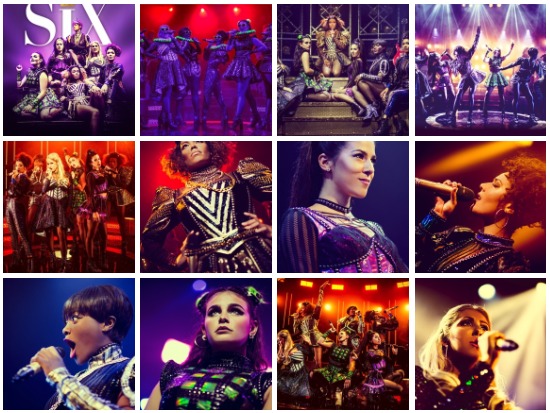 Get more photos & #GetSocial with the cast of SIX at www.stagefaves.com