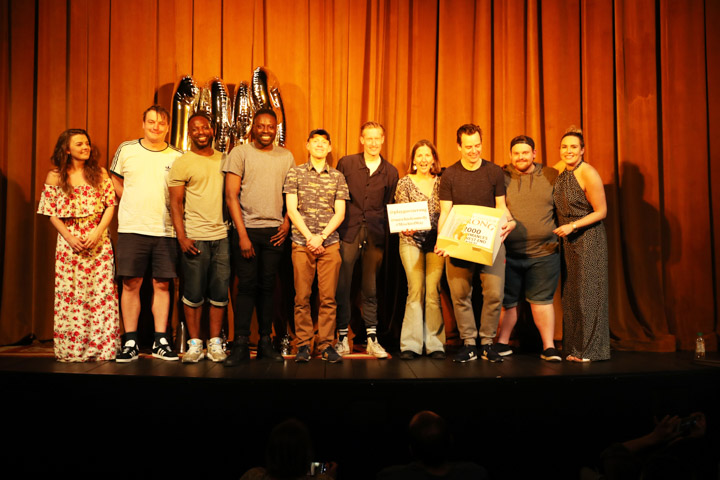 #MischiefMay is all about celebrating the world-dominating success of the comedy genius of Mischief Theatre onstage (running on all continents except Antarctica) and, increasingly, onscreen. I’m delighted to play a small part of this month’s mischievous activities with back-to-back post-show Q&As to Mischief’s two current West End hits, starting last night with The Play That Goes Wrong.

Mischief’s breakthrough hit – written by Henry Lewis, Jonathan Sayer and Henry Shields – premiered at London’s Old Red Lion Theatre in 2012, moved to Trafalgar Studios in 2012 and transferred to the Duchess Theatre in September 2014. It has since toured extensively, launched myriad international productions and in 2017, opened on Broadway, where it ran for nearly two years (a US tour launches soon). Its many awards include an Olivier for Best New Comedy and a Tony for Nigel Hook‘s spectacularly ramshackle set design.

Last night at the Duchess Theatre, we were celebrating not just #MischiefMay but also The Play That Goes Wrong‘s 1,999th London performance (sort of) ahead of its big fifth West End birthday in September. Cake and balloons included.

In the play-within-a-play, The Cornley Polytechnic Drama Society are putting on a 1920s murder mystery, but as the title suggests, everything that can go wrong… does! The accident-prone thespians battle against all odds to make it through to their final curtain call, with hilarious consequences – and uproarious audience laughter throughout. 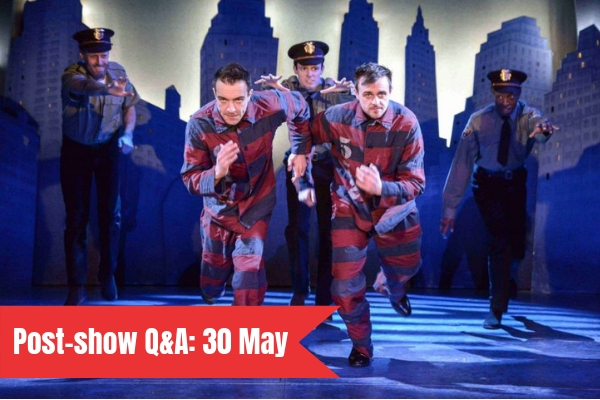 I’ll be talking to more mischief-makers at The Comedy About a Bank Robbery on Thu 30 May 2019. Join us!

The company answered these and many other questions, with great jollity. For the final question, Peter Pan Goes Wrong (which returns to London for a run at London’s Alexandra Palace this Christmas) as well as upcoming new shows Groan Ups and Penn & Teller collaboration Magic Goes Wrong (which open Mischief’s year-long residency at the West End’s Vaudeville Theatre, starting in September) were all mentioned. As was, of course, the company’s other current West End hit The Comedy About A Bank Robbery at the Criterion Theatre, where I’ll be next Thursday 30 May for my next post-show Q&A as part of this month’s #MischiefMay celebrations.

The Play That Goes Wrong is currently booking to May 2020 at the West End’s Duchess Theatre.

The Play That Goes Wrong Q&A