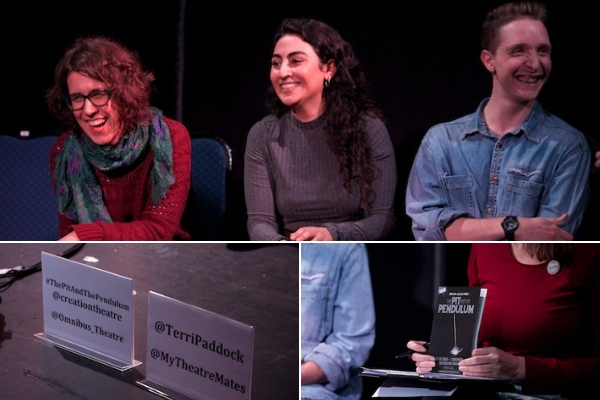 My post-show talk for Creation Theatre’s The Pit & the Pendulum. © Peter Jones

Edgar Allan Poe wrote the short story The Pit & the Pendulum in 1842, inspired by the idea of a political prisoner tormented during the Spanish Inquisition.

In this new version, written and directed by Christopher York for Oxford-based site-specific specialists Creation Theatre Company, the inmate is a woman from Tehran (played by Iranian-British actress Afsaneh Dehrouyeh) who has been imprisoned for the act of removing her hijab in public.

A fierce political prisoner wakes in her pitch black cell.
She has been imprisoned for the act of removing her hijab in public.
She will not be broken by her faceless torturers.
Above her, the razor-sharp pendulum swings ever lower.

The nameless Iranian, the voice of Poe, and the sounds of the cell (water, rats, rattling keys, clanging doors, the pendulum) are dripped intimately into the audience’s ears via wireless headsets, as scenes from the streets and the imagination occasionally scythe through the darkness projected onto a backdrop (by no accident, the same shape and dimensions as a smartphone screen).

At last night’s post-show Q&A at Omnibus Theatre, I was joined by Christopher, Afsaneh and Creation producer Lucy Askew – with offstage input from Omnibus artistic director Marie McCarthy – for a fascinating discussion about Poe, Iran, the production, its technical feats (shoutouts to sound designer Matt Eaton and video designer Eva Auster), themes and influences (including a long list of recommended documentary films) – and how, with the magic of Creation, The Pit & the Pendulum became the first-ever theatre production staged at Oxford’s historic Bodleian Library.

The Pit and the Pendulum runs at London’s Omnibus Theatre until 24 November 2018. 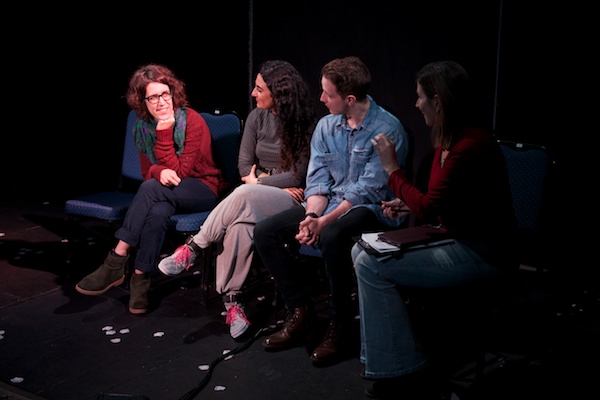 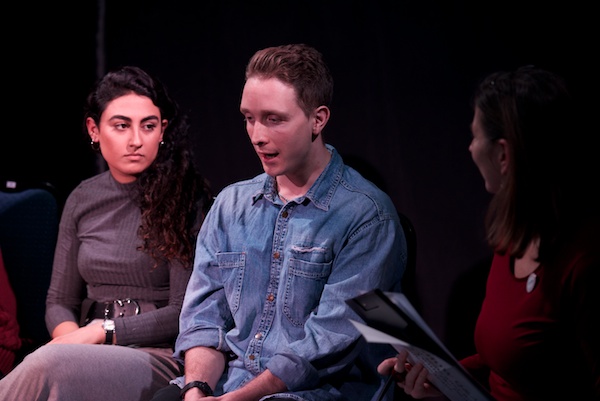 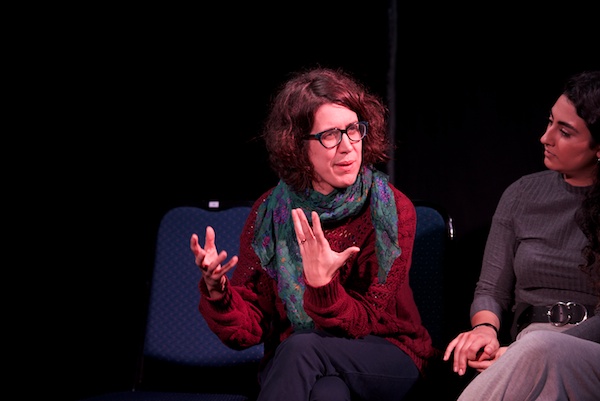 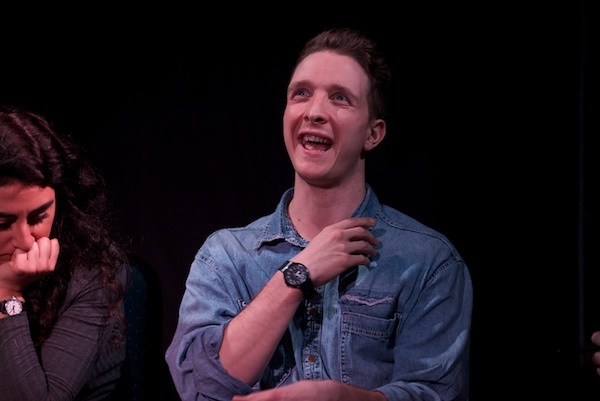 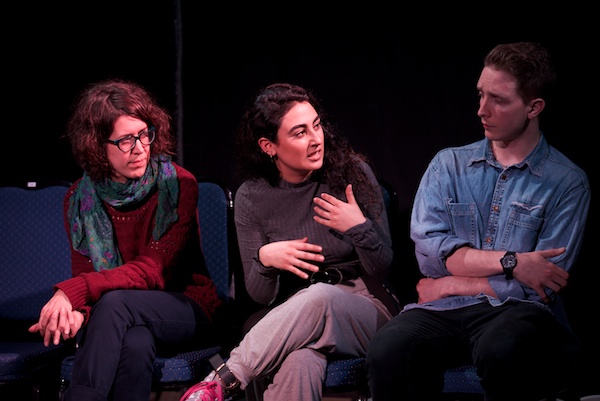 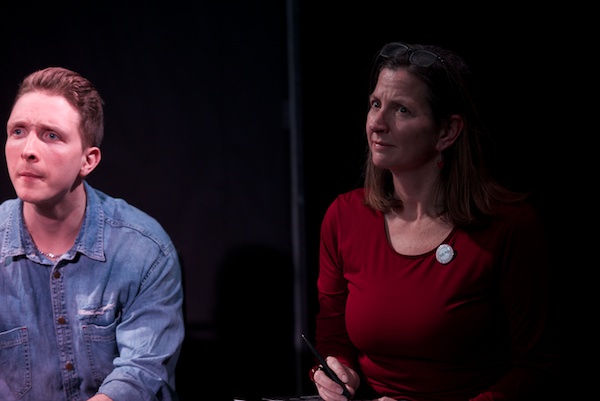