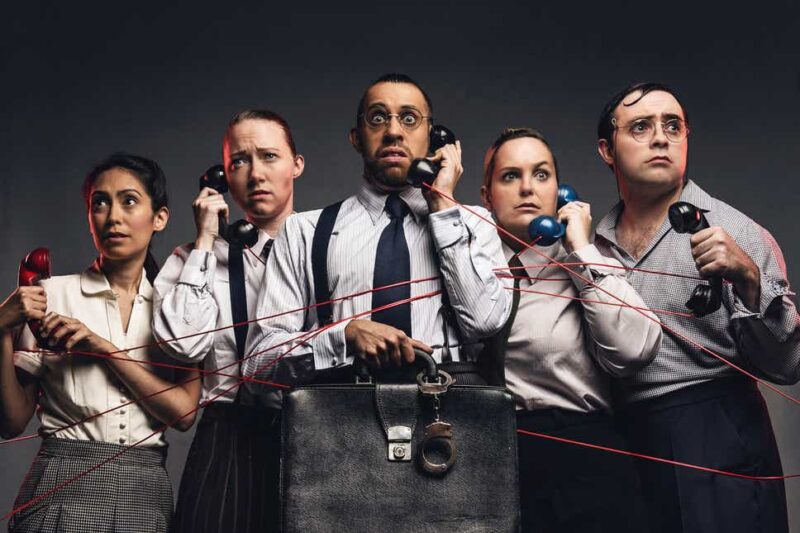 Unless you are an especially lucky person and have time to queue for returns, there’s no chance you’ll be able to get a ticket for one of the remaining performances of SpitLip’s Operation Mincemeat in its latest sell-out run at London’s Southwark.

But fear not, I have a sneaking suspicion that we have not seen the last of this little musical gem, which is – incredibly – inspired by a real-life World War II espionage episode demonstrating British pluck and eccentricity in spades.

As a result, I don’t feel too bad whetting your appetite by sharing my thoughts when I squeezed into a recent packed matinee. Here’s my thread from the day, to which I’ll also just add two things: you will mist up when Jak Malone‘s widowed typist sings her letter to her beau lost in the last great war, and it’s worth the price of the ticket just to see David Cummings‘ facial expressions.

So, as soon as you hear where Operation Mincemeat will appear next, book it! Or try your luck in this last week at Southwark Playhouse for returns.