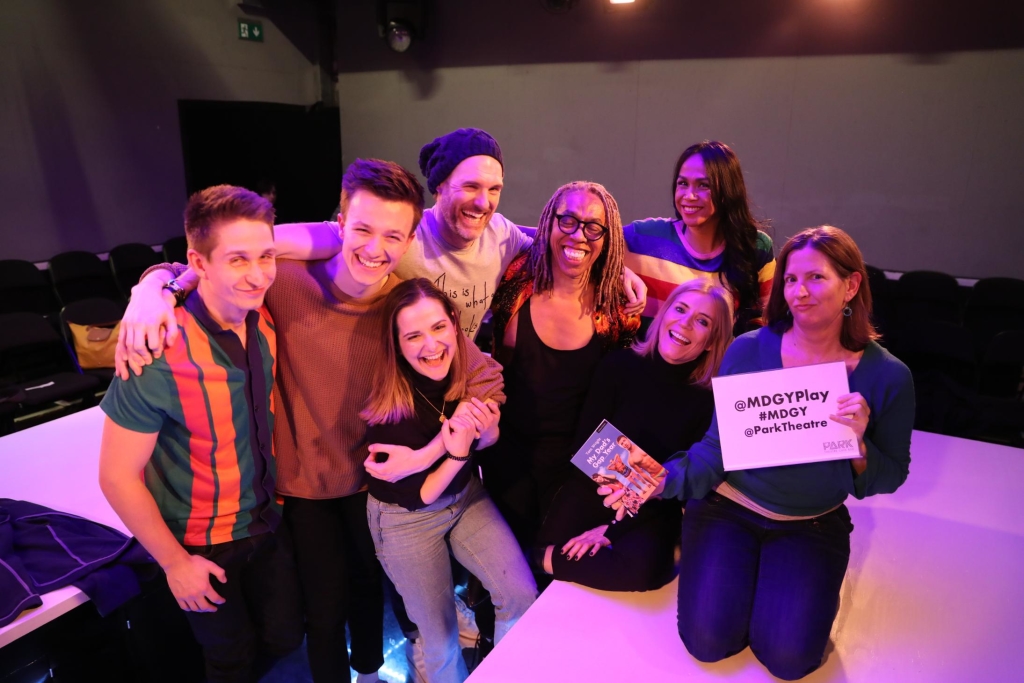 The Park Theatre was absolutely buzzing last night with two sell-out shows, including in Park 90, Tom Wright’s debut play My Dad’s Gap Year, which has nearly sold out the rest of its run too. What’s the secret alchemy between Wright and his director Rikki Beadle-Blair?

I suspect that a key element is their mutual respect for one another, which became abundantly clear at the post-show Q&A I chaired with them last night. Both are multi-talented – writing, directing, performing and producing – so there’s a lot feeding into their rapport. And both are men who get things done, taking others along with them. “Indefatigable” and “tower of positivity” were two of the descriptions I jotted down during the discussion. Rikki described his rapport with Tom thus: he reminds me of me when I was young.

After their box office hit with My Dad’s Gap Year, Tom and Rikki are wasting no time with a follow-up. Rikki directs Tom’s new play Undetectable at the King’s Head Theatre – and I’m delighted that I’ll have another chance to chair a post-show Q&A with them for that on 20 March.

Inspired by a true story involving Tom’s own father, My Dad’s Gap Year centres on Dave, a dad in mid-life freefall, who takes his repressed, gay, teenage son William on a wild adventure to Thailand to lose his virginity.

Pre-show at @ParkTheatre where the foyer is crammed for TWO completely sold-out shows! I’ll be escaping to Thailand for some winter sun with @MDGYPlay. Any Qs for writer, director & producer of this #LGBTQ #OffWestEnd hit? pic.twitter.com/esfFTng0jN