Intra Muros Q&A video and photos: What is the point of theatre? How do actors marry up their dual lives?

Home-Intra Muros Q&A video and photos: What is the point of theatre? How do actors marry up their dual lives?

Intra Muros Q&A video and photos: What is the point of theatre? How do actors marry up their dual lives? 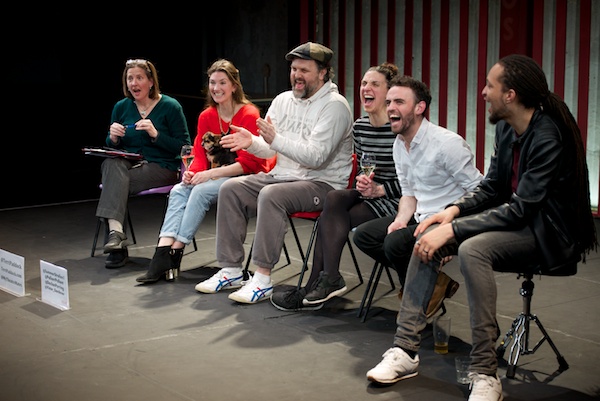 What does theatre mean to you? How do actors marry up the dual emotional demands of their chosen profession? How many ‘characters’ or versions of ourselves to the rest of us play in our own lives?

Those are some of the questions which are raised in Alexis Michalik‘s fascinating play Intra Muros and which we also tackled in the post-show discussion I chaired for it at the Park Theatre on Friday night.

In the play, first seen in Michalik’s native France in 2017, ageing thespian Richard is preparing to direct his first theatre class in a maximum-security prison, assisted by his former-actress ex-wife Jane and an inexperienced social worker called Alice. When only two inmates turn up he decides to go ahead with the class nonetheless. As time-shifting proceedings develop, we discover no one is there by accident.

The magnificent meta-theatricality of the UK premiere production is enhanced by offstage director Ché Walker taking on the role of onstage director Richard. Like Michalik, Ché started his career as an actor – but this is his first time onstage himself in 11 years. He’s now internationally renowned as a writer and director, whose own multi-award-winning credits include Been So Long, Flesh Wound, Frontline and, most recently, Time Is Love, which had its UK premiere at the Finborough Theatre in January.

Walker opens the play with a rousing direct address, house lights still on, audience still settling in their seats, including the provocative “what does theatre mean to you?” question, to which we’re all ordered to shout out our answer.

Taking this lead, I ended the post-show Q&A by asking the company to answer this question themselves. Along the way, we also got some fascinating insights into approaches to acting, ‘wanky’ rehearsal exercises, the accuracy of the play’s portrayal into prisoners’ life and the nature of time.

For the discussion, I was joined by Ché and fellow actors Emma Pallant, Declan Perring and Summer Strallen as well as Rio Kai, who wrote and plays, live onstage, music and who designed the production’s soundscape. We also delved into the importance of music here and, for Summer, how refreshing it is for her, as a four-time Olivier Award-nominated musical theatre performer, not to have to sing or dance in Intra Muros, though she does manage to “get her leg in”. Summer’s adorable dog Pebbles also took part in the post-show

Intra Muros is the second of two of Michalik imports premiered in over the past month in the UK (and translated by his mother), both presented by Adam Blanshay Productions. And you have a chance to see both in London this month.

So two immediate chances to see why the multiple Moliere Award-winning Michalik is quite such a big deal in France, and increasingly so here. I predict that we’ll see much more from him in future – and welcome it.

Intra Muros runs until 4 May 2019 at London’s Park Theatre.

Pre-show at @ParkTheatre. Who’s got questions for the #IntraMuros company?

Be sure to follow @MyTheatreMates from 9pm for live-tweeting, & WiFi permitting, streaming! pic.twitter.com/Sv9qe0J49A 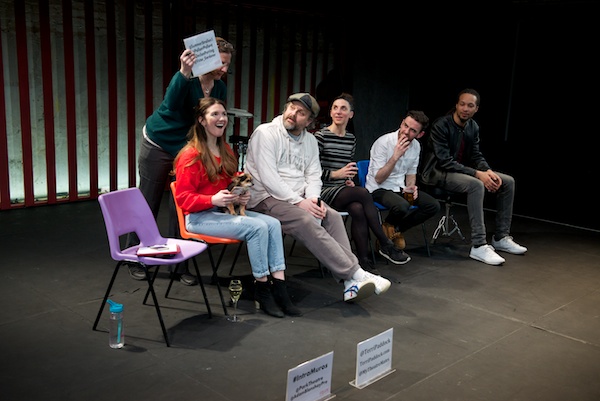 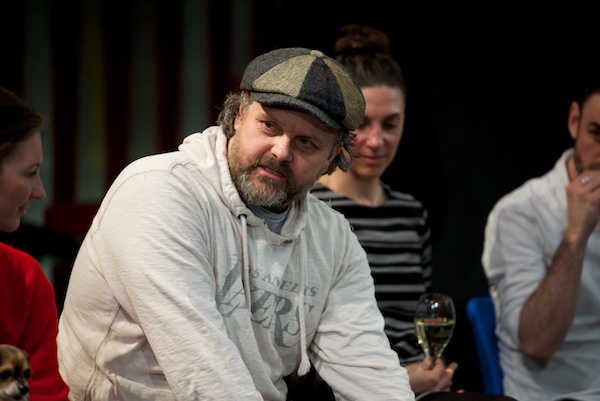 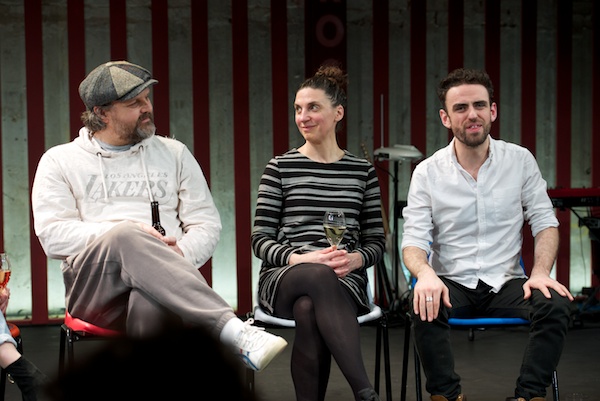 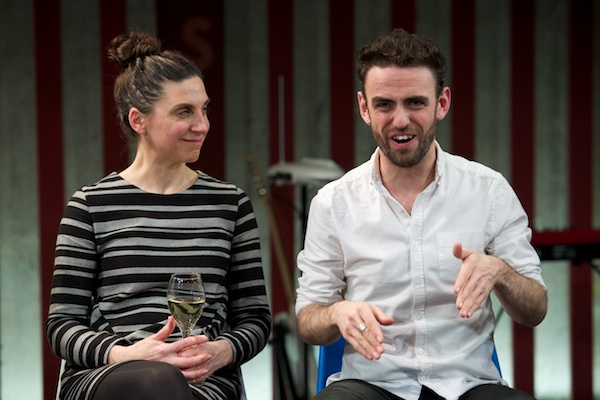 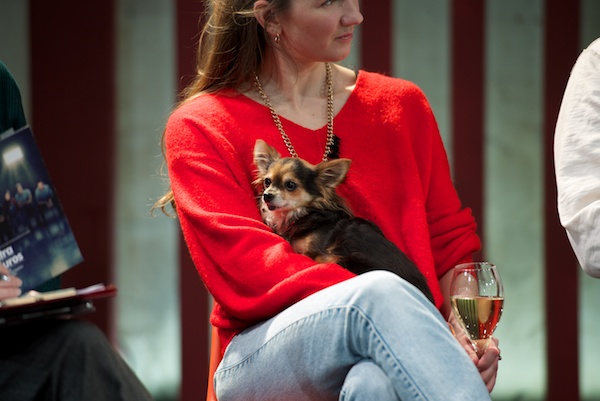 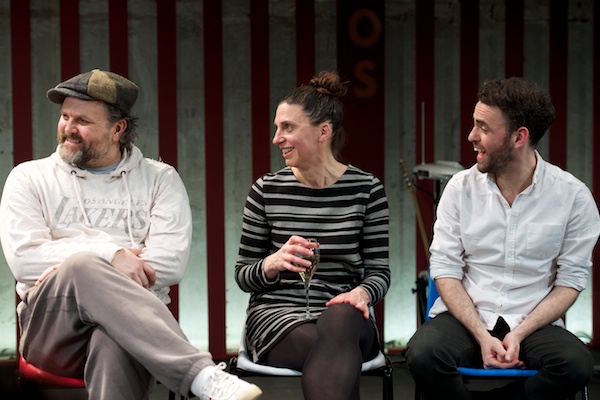 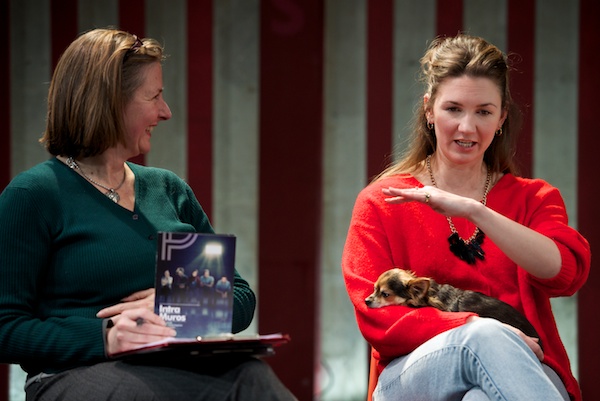 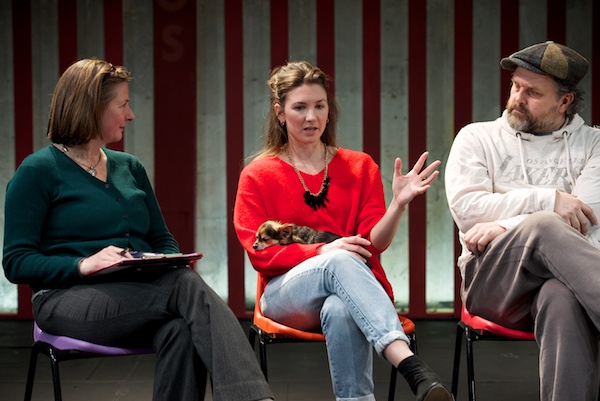 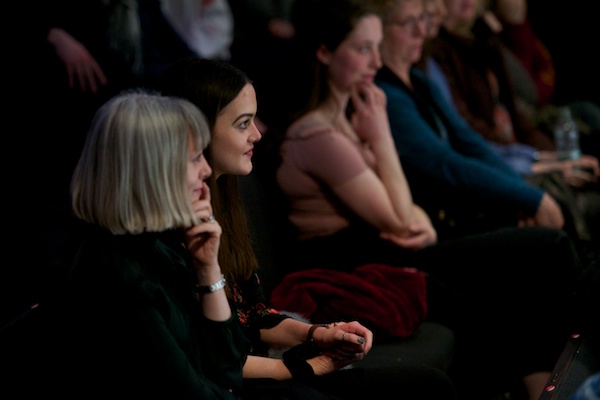 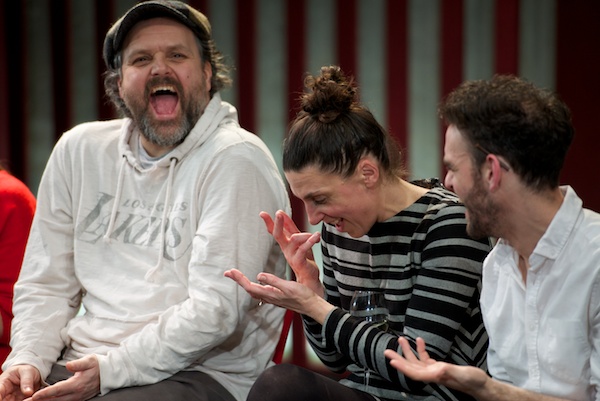 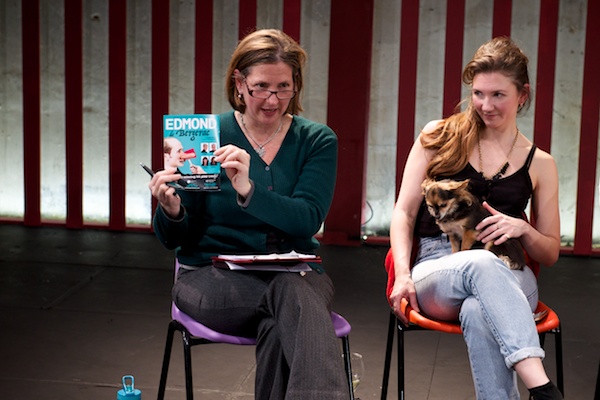 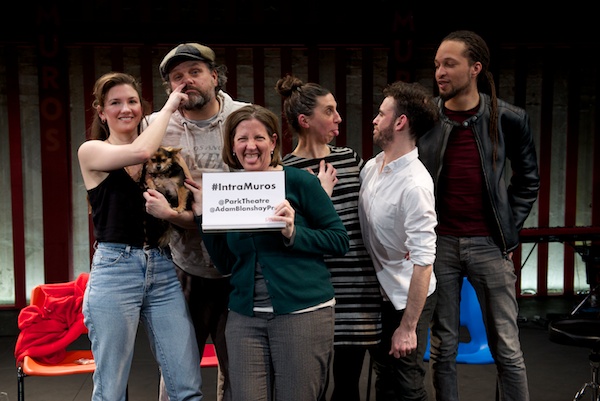 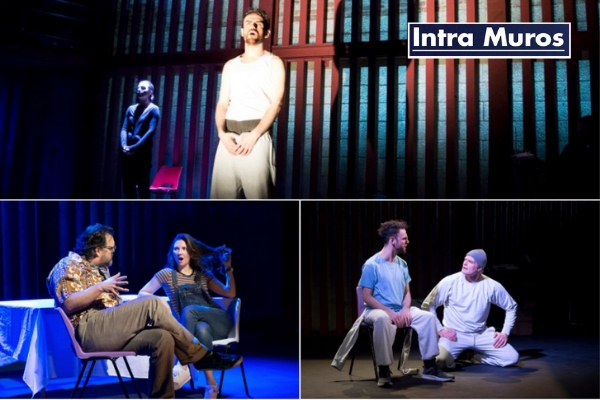