Half Me, Half You Q&A video and photos: It’s not easy to talk about racism & hate crime, but it’s necessary

Home-Half Me, Half You Q&A video and photos: It’s not easy to talk about racism & hate crime, but it’s necessary

Half Me, Half You Q&A video and photos: It’s not easy to talk about racism & hate crime, but it’s necessary 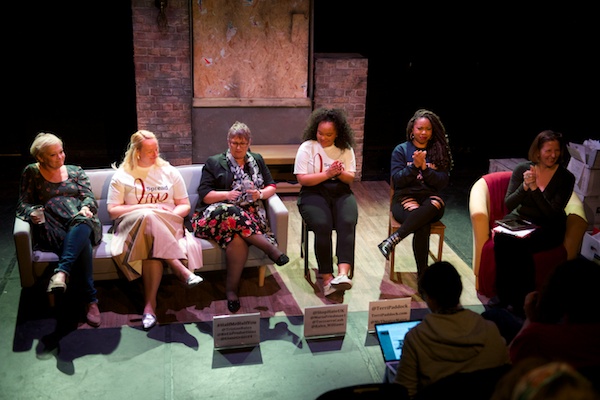 Did seeing fascist Tommy Robinson denouncing Muslims and immigrants on a big screen in Whitehall terrify you? What are the long-term consequences of today’s political rhetoric in Trump’s America and Brexit Britain? How much does it fuel hate crimes against minority groups? How worried should we be? What can we do about it?

Debut playwright Liane Grant was inspired to write Half Me, Half You, set in Trump’s America today and then 16 years in the future, after watching the president praise “very fine people” taking part in white supremacist demonstrations in Charlottesville, Virginia that led to the murder of counter-protestor Heather Heyer in 2017. Burning with outrage, the script poured out of her in just seven days. (Personal note: I am a US-UK dual national who went to university in Charlottesville and who continues to share that outrage.)

The play asks us to imagine: What if you were a black, gay woman in America under this wannabe autocrat’s regime? How would it affect your relationships and your life choices?

In Act One, Jess and Meredith are a married, interracial, gay couple living in New York in 2017 – the era of Trump – weathering a new wave of intolerance, discrimination and oppression, which is sweeping the nation and seeping into their home.

In Act Two, 16 years later, Maya, Jess’ biracial British teenaged daughter is forced to live with Meredith in New York, braving the aftermath of a second American Civil War, that was triggered by a series of orchestrated hate crimes against African-Americans and other minority groups.

At last night’s Q&A, in a lengthy, wide-ranging and at times searingly frank and honest discussion, we discussed hate crime, racism, homophobia and other issues with Liane Grant, who also plays Meredith, co-stars Toccarra Cash and Kalea Williams, who play Jess and Meredith, as well as special guests Rose Simkins, CEO of Stop Hate UK, the support charity set up after the 1993 murder of black British teenager Stephen Lawrence, and Olivier Award-winning actor and director Maria Friedman.

We also had some great contributions from the audience, including from director Leah Fogo, Maria Friedman’s son Alfie and a multi-racial group of young people from Hammersmith Academy. How hopeful or fearful do they feel in today’s environment?

Half Me, Half You runs until 6 April 2019 at London’s Tristan Bates Theatre. 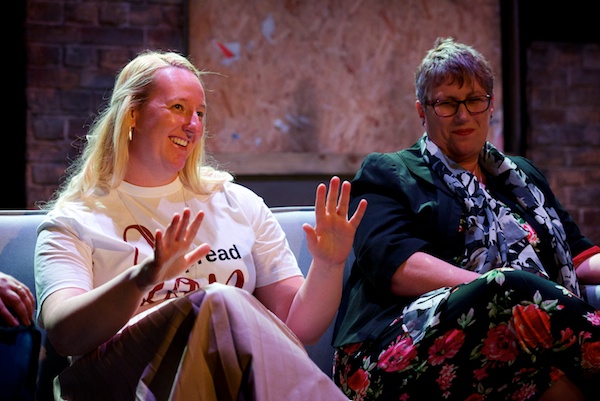 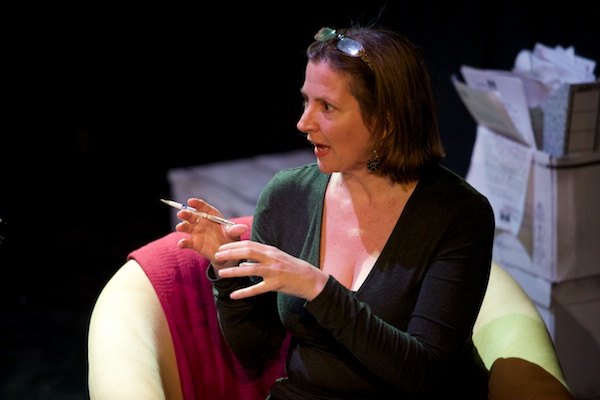 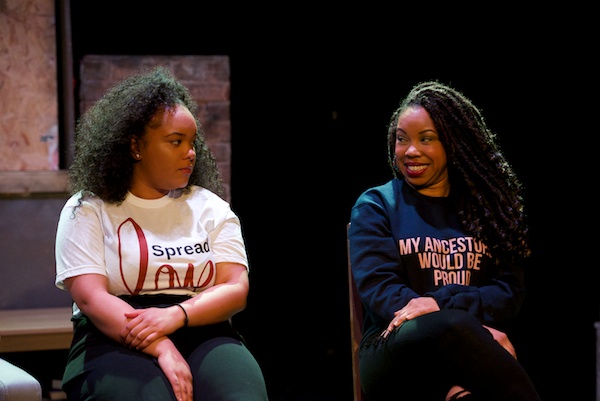 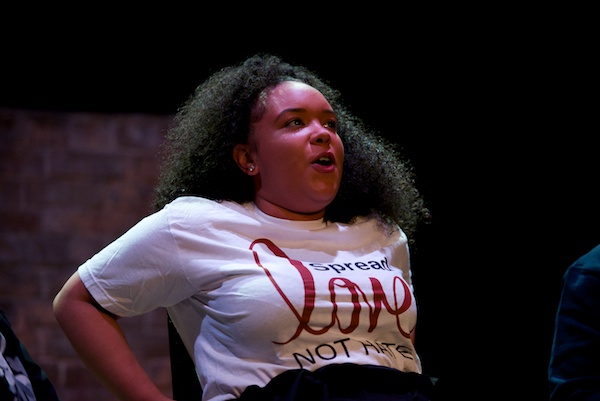 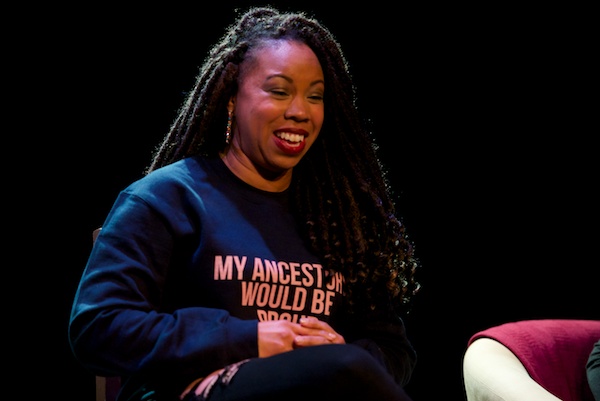 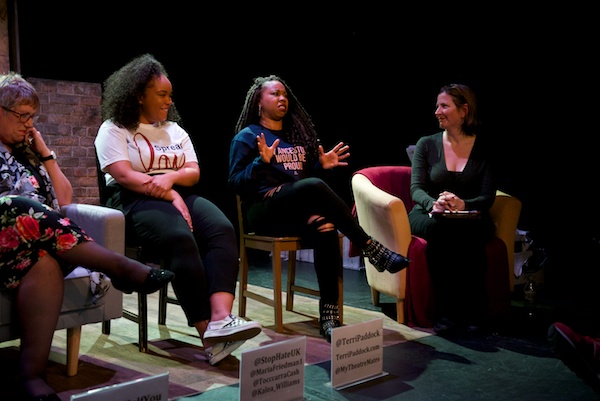 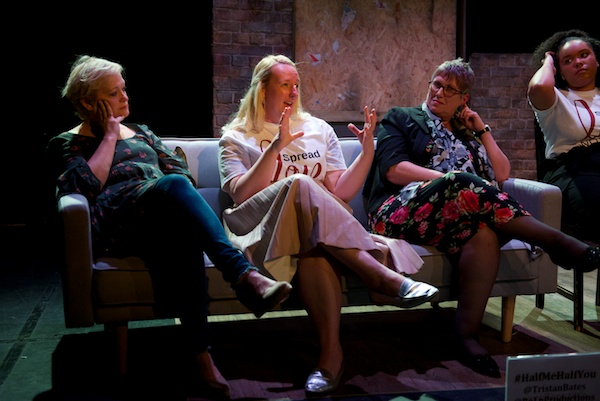 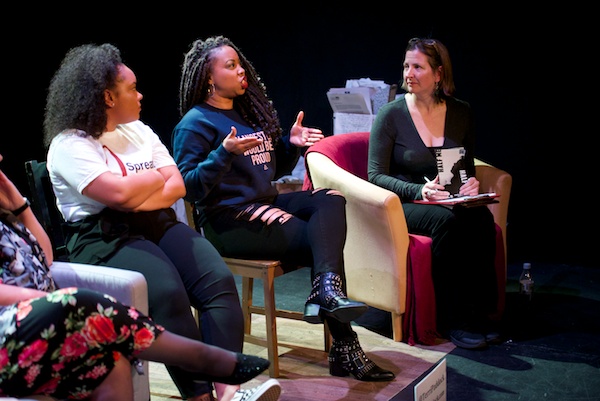 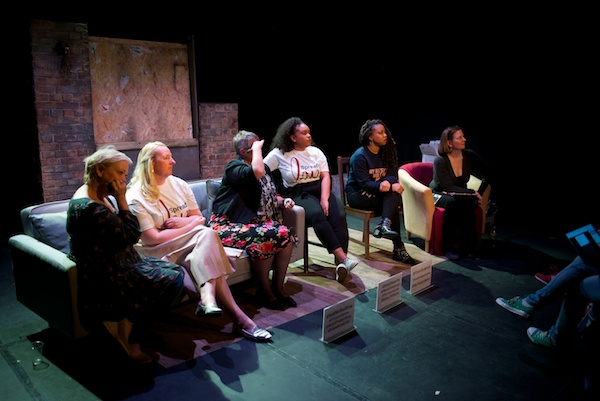 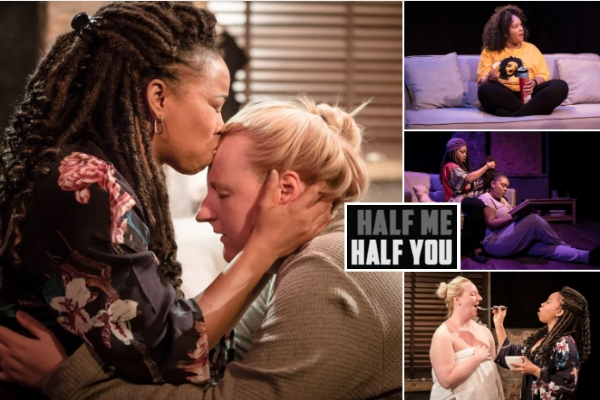 See more Half Me, Half You photography on MyTheatreaMates.com

Half Me, Half You Q&A