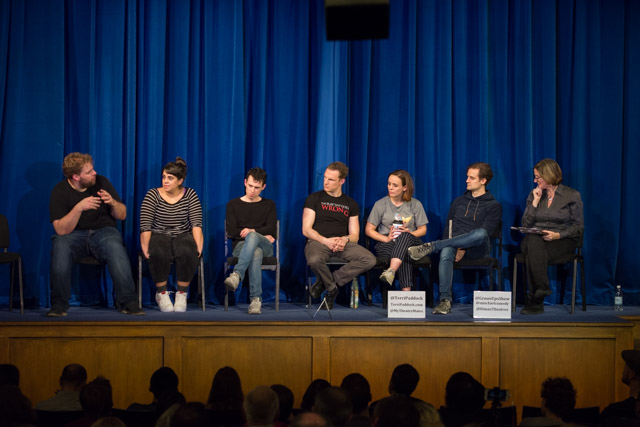 As part of an ongoing series, I’ve chaired post-show talks with various Mischief Theatre casts this year, all of whom waxed lyrical about the brilliance of the company founders. Last night, I had a chance to pose questions to those original mischief-makers themselves.

The six are back onstage together in the world premiere of Groan Ups, the first in Mischief’s year-long season of new work at the West End’s Vaudeville Theatre. After previews since 20 September 2019, the play – which, in three acts, traces the friendship and fortunes of a group of classmates, aged six, 14 and 30 – officially opened last week. But that doesn’t mean it’s fixed.

After last night’s performance, we had a tremendous turnout from the audience, packed with Mischief groupies (one woman had seen The Play That Goes Wrong alone more than thirty times) to talk about the development of Groan Ups as well as the company’s journey overall.

There were also fun facts about programme doodles, an ode to the importance of costume design (and the brilliance of Robert Surace, Mischief’s longest-serving creative), requests for sacrificial goats, a top anecdote about Penn & Teller and an elevator pitch for Magic Goes Wrong, Mischief’s next new show at the Vaudeville Theatre.

Watch and share the full post-show talk below – and mark your diary for my next Mischief event, returning to The Play That Goes Wrong at the Duchess Theatre on 19 November. And fingers crossed for a new year event to Magic Goes Wrong. 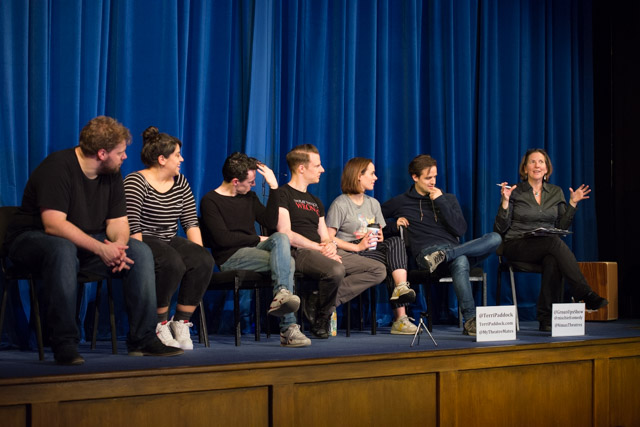 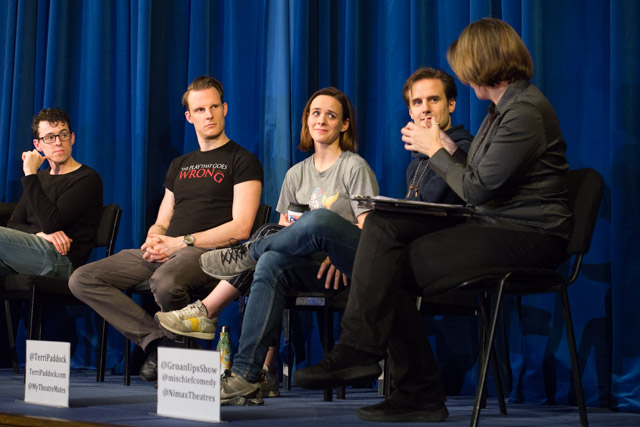 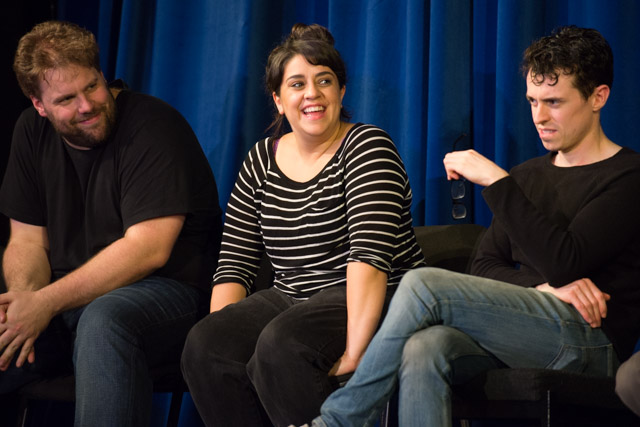 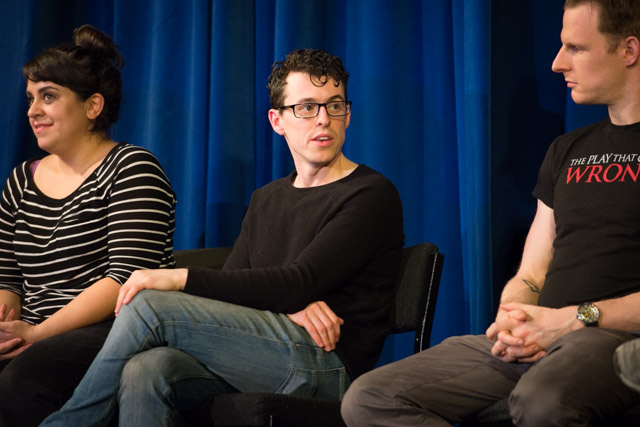 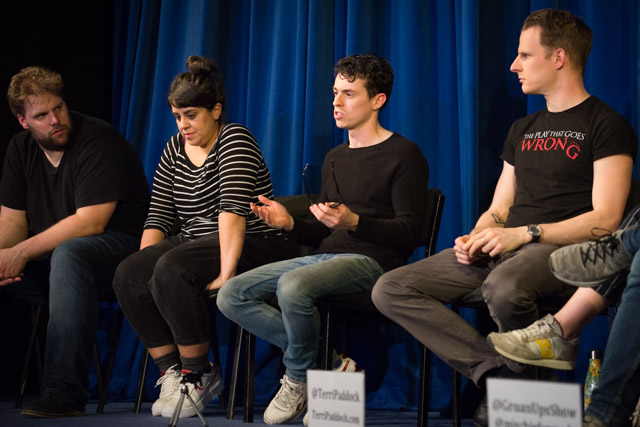 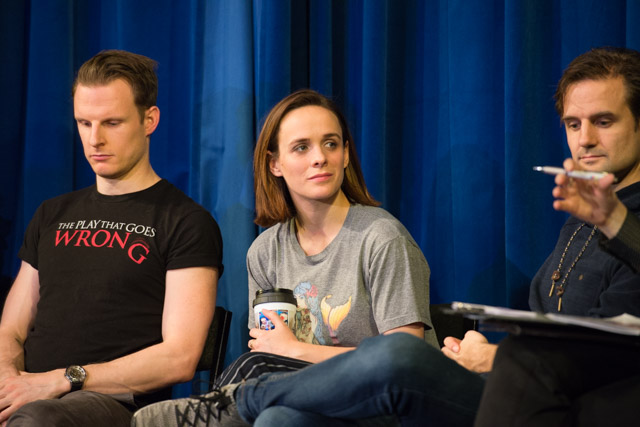 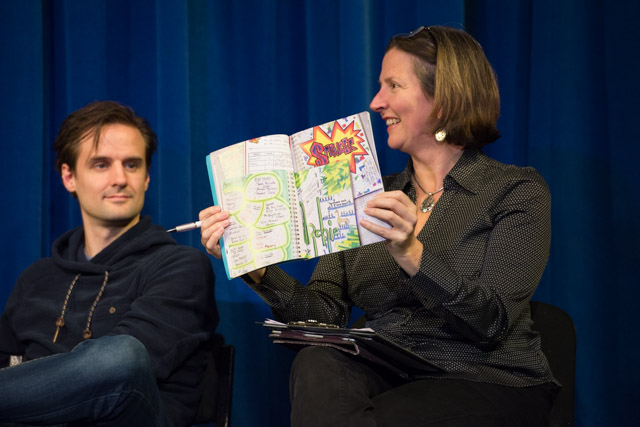 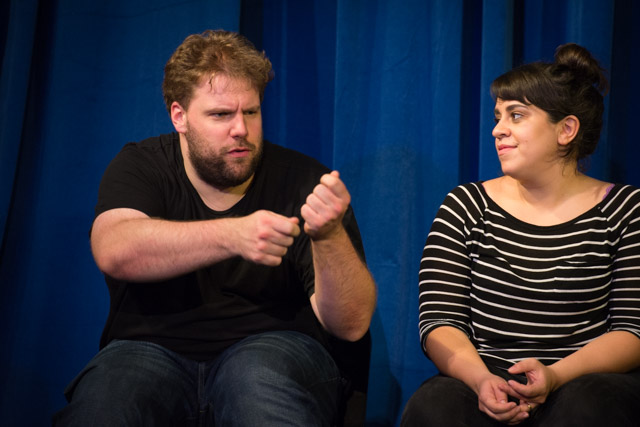 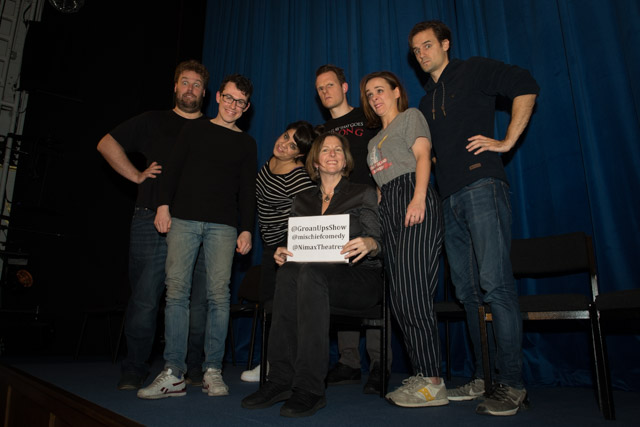