A Flea in Her Ear Q&A video and photos: From weekly workshops to a season of French comedies

Home-A Flea in Her Ear Q&A video and photos: From weekly workshops to a season of French comedies

A Flea in Her Ear Q&A video and photos: From weekly workshops to a season of French comedies 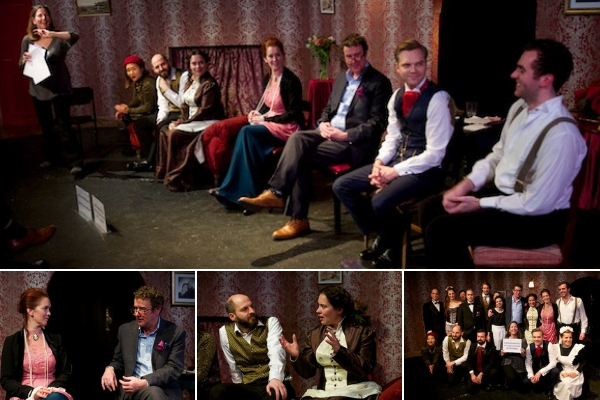 My post-show talk for A Flea in Her Ear at London’s Theatro Technis. © Peter Jones

You can see the product of their work in a season of French comedies running now at London’s Theatro Technis. On Friday, I chaired a Q&A with Gavin McAlinden and members of the cast of his new Acting Gymnasium production of Feydeau’s 1907 classic A Flea in Her Ear.

Having not previously experienced Acting Gymnasium, what struck me from the moment I arrived at the theatre was how welcoming everyone was. And the atmosphere in the room was contagious right through the evening – welcoming, inclusive, supportive and so enthusiastic.

Most of the near-capacity audience – including lots of other Acting Gymnasium alumni – stayed on for the post-show Q&A, for which I was joined by McAlinden as well as designer Sonoko Obuchi, and cast members Tracy Coogan, James Bruce, Michael Claff, Thibault Lecat and Hannah Luna.

Other members of the 16-strong cast joined us for a mass onstage selfie at the end. This, by the way, is a fantastically international outfit with actors from Angola, Australia, Bulgaria, Colombia, France, Germany, Hungary, India, Iran, Ireland, Jamaica, Lithuania, Mexico, Poland, Romania, Spain, Portugal and the US as well as the UK. And, after the Q&A, I think we recruited a few new members too.

Watch the full Q&A for more on the production and the company.

A Flea in Her Ear runs at London’s Theatro Technis until 24 November 2018. 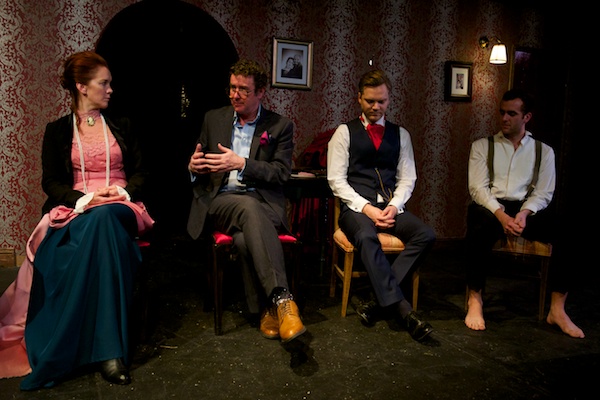 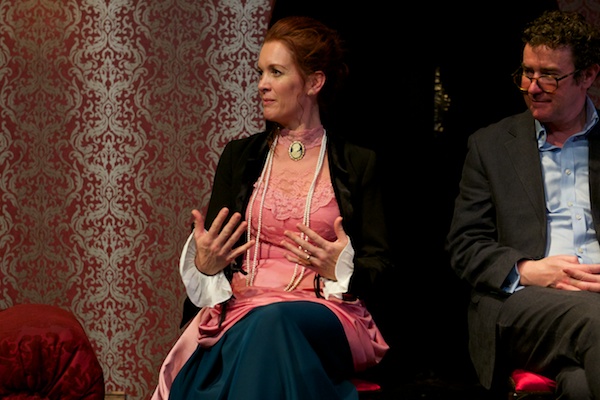 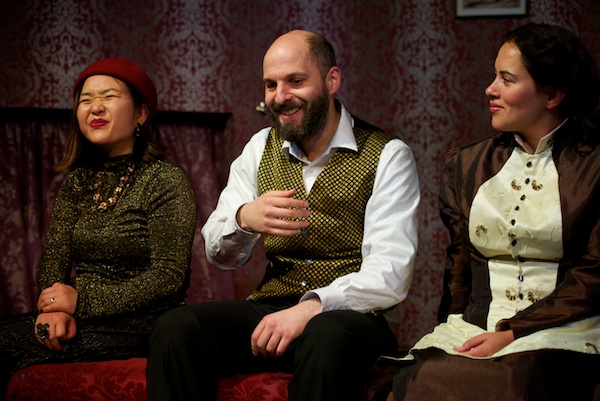 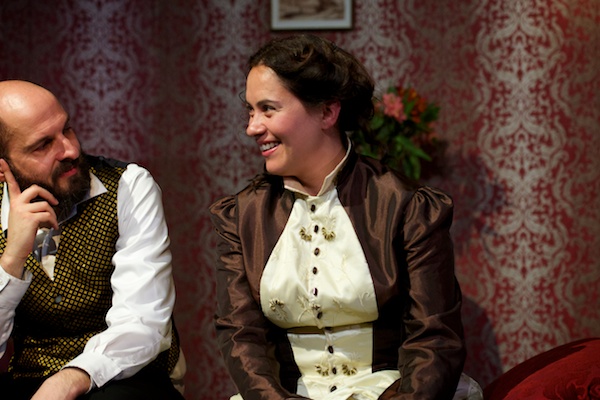 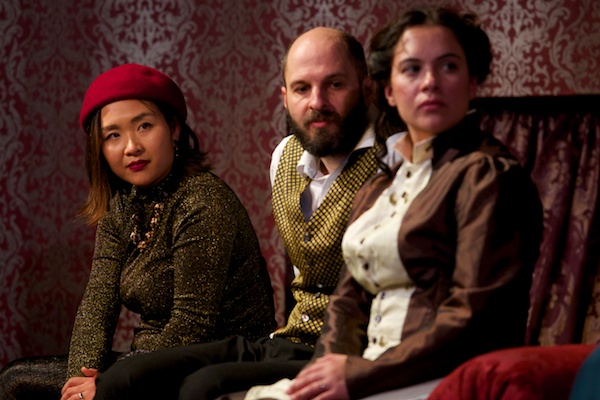 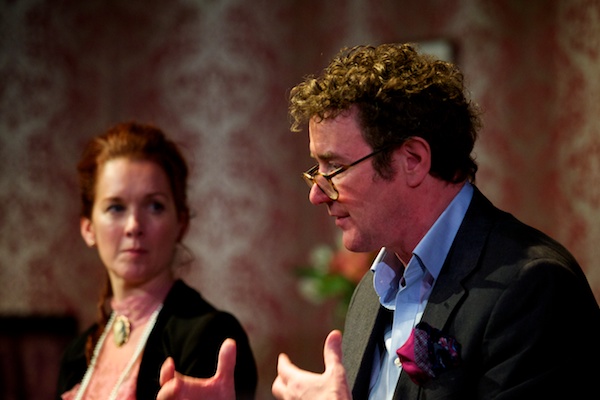 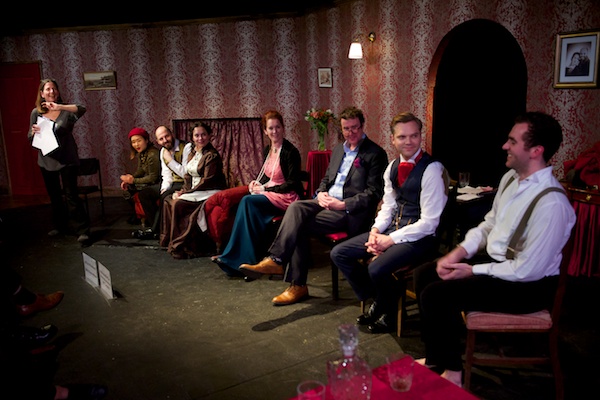 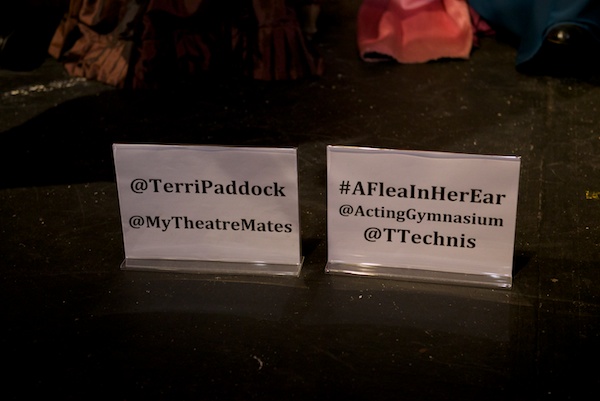 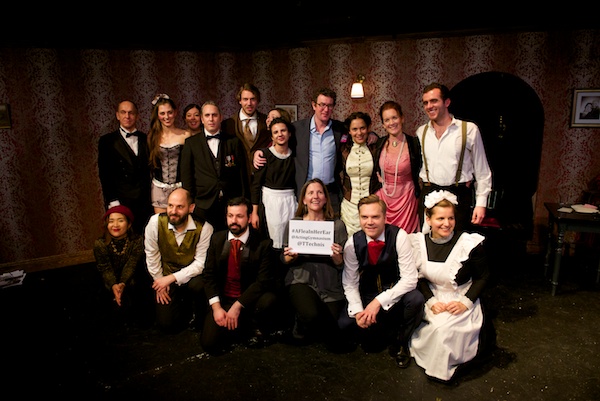 A Flea in Her Ear Q&A