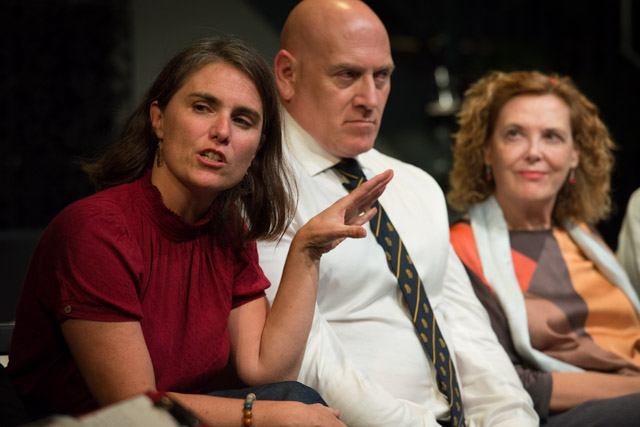 My post-show talk at The Eyes of the Night at the Cervantes Theatre. © Peter Jones

A middle-aged businesswoman hires a blind man to spend an hour with her in a hotel room. Why are they really there? Will she be able to experience the darkness in order to see the light?

The Eyes of the Night, written by one of Spain’s leading playwrights Paloma Pedrero, headlines the second Contemporary Spanish Playwriting Season at the Cervantes Theatre, London’s home of Spanish and Latin American drama.

Pedrero first wrote the piece more than 20 years ago, when it was staged in Cuba, and has not returned to it until the Cervantes commissioned the English-language translation for a reading last year.

The full-scale English-language version of the two-hander premiered last night, when, following a sold-out performance, I was honoured to chair a post-show Q&A with Pedrero (with the help of brilliant interpreter Pablo de Miguel), translator Catherine Boyle, director Simone Coxall and English-language cast actors Lanna Joffrey and Samuel Brewer.

I thought it was especially interesting to have lighting designer Nigel Lewis involved in the discussion – I was fascinated to hear how terrifying it was for him to plunge the stage into darkness for a lengthy portion of the evening and why stage blackouts are ordinarily limited to just a few seconds.

This also enlightened our discussion of visual impairment and portrayals of disability more generally – in addition to insights on translation, feminism, performing in small spaces… and favourite smells!

Please watch and share the full Q&A video. Thanks too to The Eyes of the Night‘s Spanish-language cast members Leyre Berrocal and Josema Gomez who stayed to watch the discussion (after their own the night before) and joined us onstage for the group photos.

The Eyes of the Night runs until 28 September 2019 at London’s Cervantes Theatre. 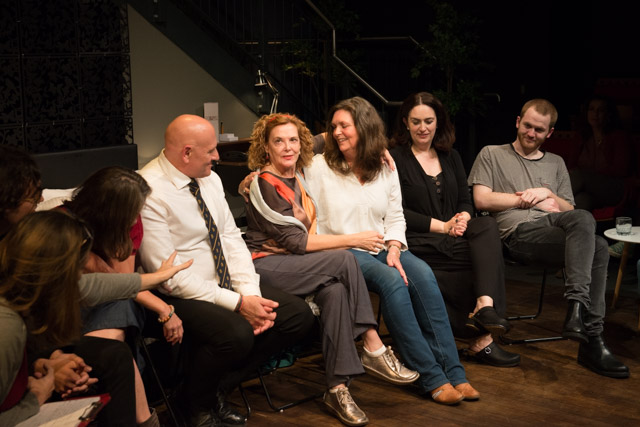 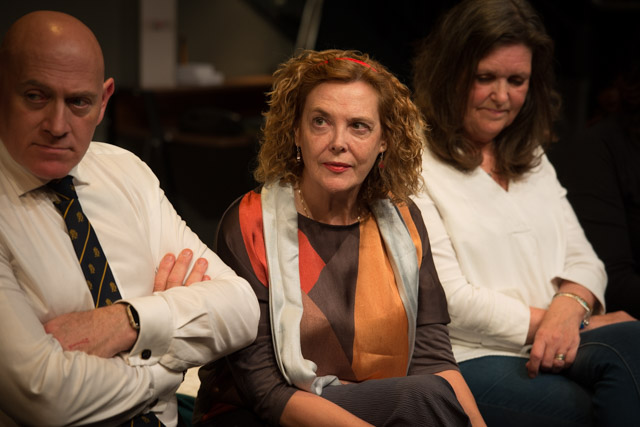 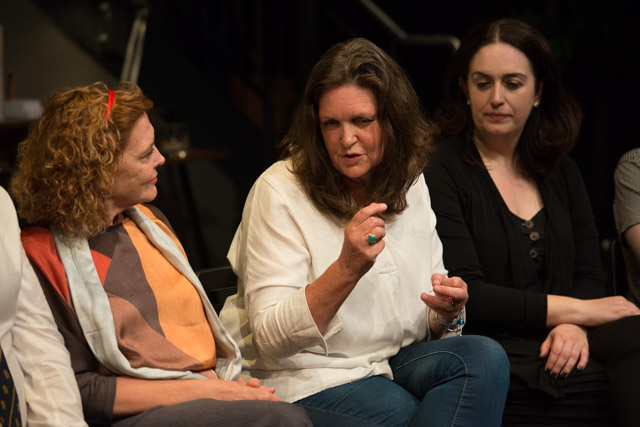 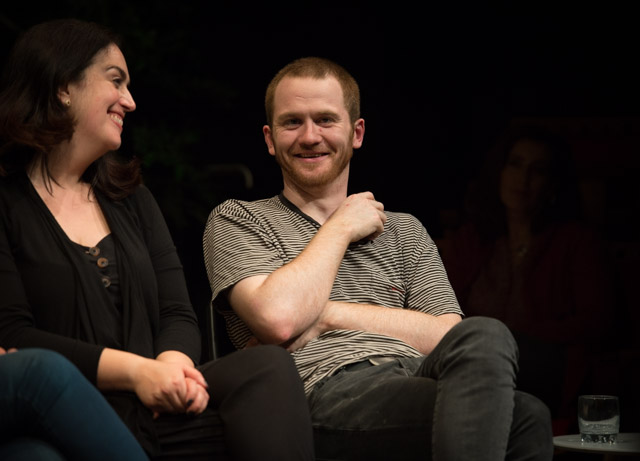 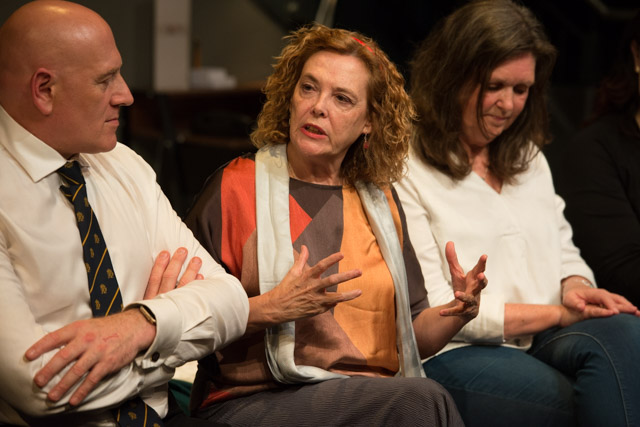 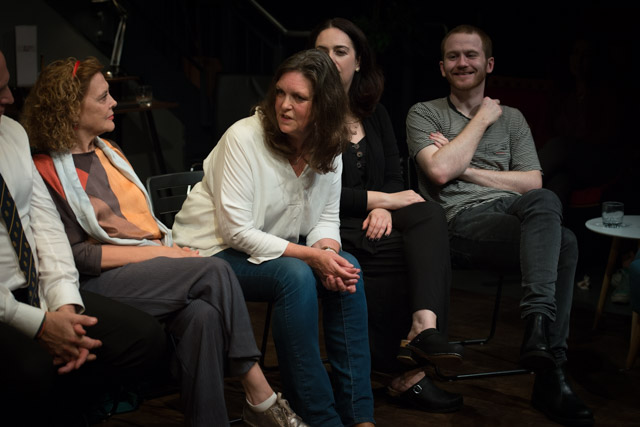 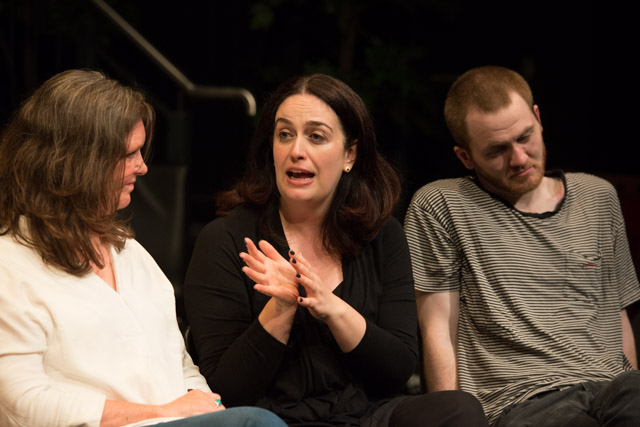 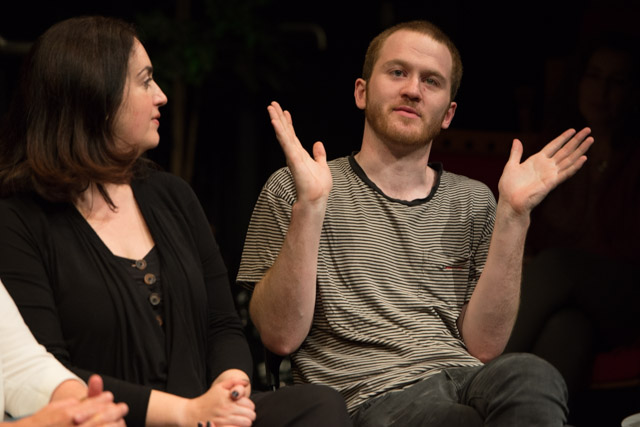 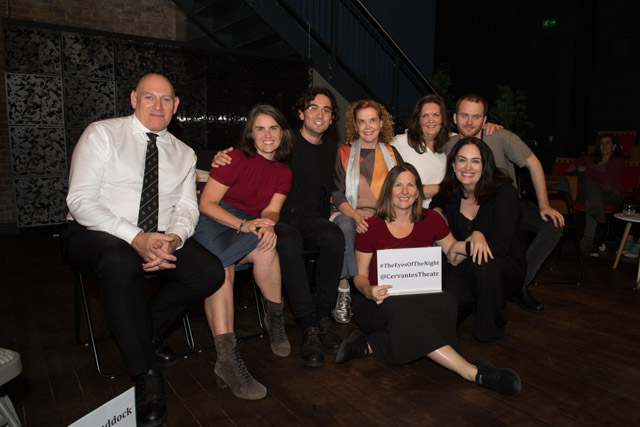 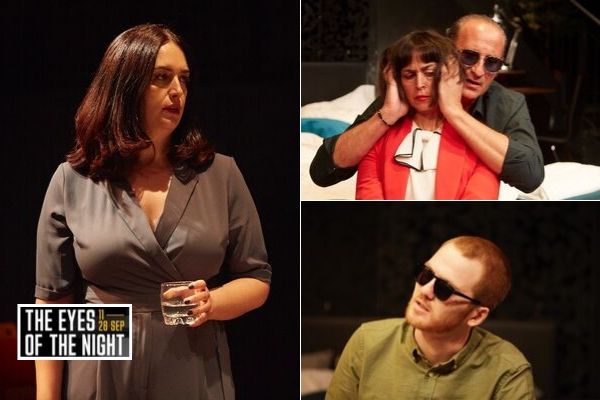 For the full gallery of The Eyes of the Night production shots, visit www.mytheatremates.com

The Eyes of the Night Q&A