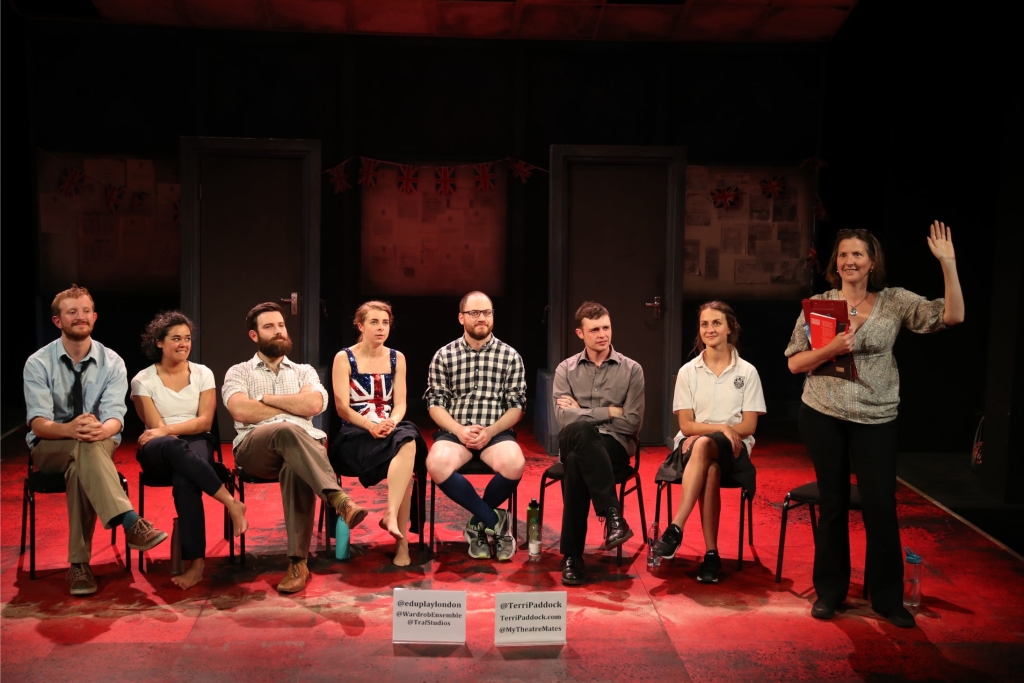 Remember D:Ream’s “Things Can Only Get Better”? I was bopping along in my seat to that New Labour anthem and so many other chart-topping hits from my youth before curtain up at Education Education Education last night at Trafalgar Studios.

The music from the 1990s forms a backbone to this love-letter to the decade and the cast’s own schooldays. And, at the post-show discussion, I asked The Wardrobe Ensemble company members about this – and challenged them to name their own favourite track – and was fascinated to hear about the role the music played in the creation of the piece, as well as their very pain-staking and non-hierarchical approach to devising.

In this must-see comedy, it’s 1997 and New Labour has just swept to power with Prime Minister Tony Blair promising to prioritise “education education education”. But how are things changing at the local secondary school? What does revolution look like in the tussle between students and teachers? How will it look in the years to come?

Education Education Education marks Bristol-based The Wardrobe Ensemble’s West End debut, running for one month only at Trafalgar Studios (care of producer Eilene Davidson) ahead of the company’s next piece, The Last of the Pelican Daughters, which they’re premiering at the Edinburgh Fringe with Complicite. But I’m sure we’ll be seeing more of them in the capital soon.

For the Q&A, in which we also discussed the debt the company owes to Bristol Old Vic and Made in Bristol, as well as favourite teachers, Brexit, Nazis and the state of education – amongst other things – I was joined by the full cast: Tom Brennan, Hanora Kamen, Tom England, Jesse Meadows, Ben Vardy, James Newton and Emily Greenslade.

P.S. Hear all the hits included in the show on the official show Spotify list!

We’re here at @TrafStudios. If you’re a child of the #1990s, be sure to get here early. The @eduplaylondon pre-show music will take you time-travelling back!