Danelaw Q&A video and photos: How do you find sympathy for white supremacists?

Home-Danelaw Q&A video and photos: How do you find sympathy for white supremacists?

Danelaw Q&A video and photos: How do you find sympathy for white supremacists? 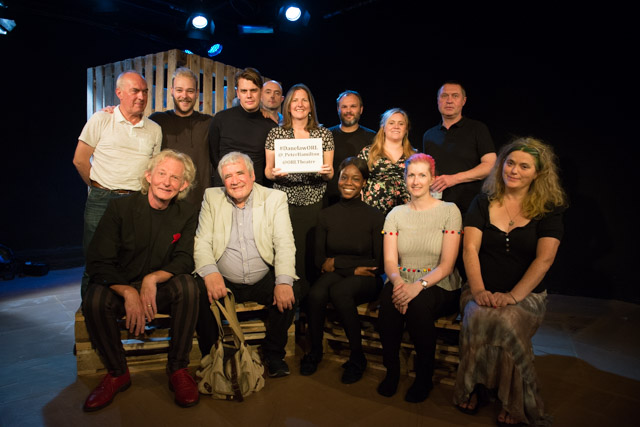 My post-show talk at Danelaw at the Old Red Lion Theatre. © Peter Jones

Can you be a racist if you don’t think you are? Is there a difference between racism and ‘racist attitudes’? How do you find sympathy for white supremacists? By finding sympathy are we making excuses? Peter Hamilton’s new updated staging of his 2005 play Danelaw prompted some serious discussion at my post-show Q&A at the Old Red Lion Theatre.

The play, directed in this new production by former Old Red Lion artistic director Ken McClymont, centres on racist football hooligan Cliff who, while serving time for assaulting an Asian man at a Millwall game, is visited by the mysterious Mr Warboys, who offers him the chance to re-establish the Danelaw – the Golden Age of Viking rule. And so begins a darkly-comic tragedy of violence and death.

Danelaw was inspired by two separate but related true-life news reports: a failed attempt by neo-Nazi group Combat 18 to establish a white-supremacist homeland in East Anglia with Chelmsford as the capital and MI5’s honey-trap operations to create a far-right watch list by advertising fictitious new parties in neo-Nazi magazines and registering recruits.

For the post-show discussion, I was joined onstage by Peter Hamilton and Ken McClymont and, from the front row, by the cast. Why revive the play in 2019? How are people separate from their beliefs? What happened to the real Combat18 (and what does its name stand for)?

This was also my first post-show Q&A to end with a poetry reading – building nicely on one of the characters in the play who writes poems about the Department of Social Security amongst other things. 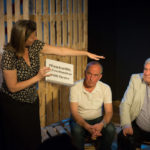 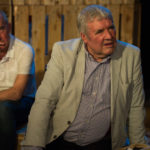 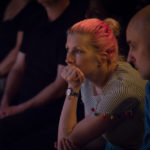 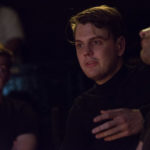 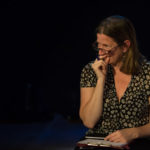 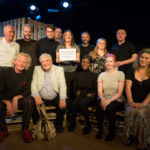