Home-Post-show video and photos: Jason Manford on why Kander & Ebb’s Curtains is made for the West End 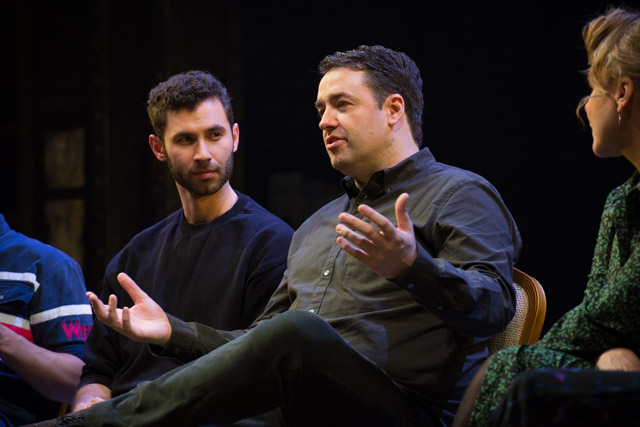 Curtains, the murder mystery musical comedy by Chicago and Cabaret creators Kander & Ebb, had its Broadway premiere in 2007 in a production starring Frasier‘s David Hyde Pierce. Why has it taken so long for it to at last receive its West End premiere? And why is it so very perfect for the West End?

In the show-within-a-show, the star of a troubled new Broadway-bound musical Robbin Hood is murdered on stage on opening night in Boston and all the cast and crew are suspects. Local detective Frank Cioffi (with Jason Manford following in the footsteps of David Hyde Pierce), who just happens to be a huge musical theatre fan, is called in to solve the crime… and perhaps he can save the show too.

Curtains itself was beset with untimely deaths before its New York opening, including lyricist Fred Ebb. His long-time collaborator, composer John Kander, completed the work without Ebb, including the show’s song “I Miss the Music”, which became a tribute to his late friend.

This brand-new UK production – directed by Paul Foster, choreographed by Alistair David and designed by David Woodhead with costumes by Gabriella Slade – launched on tour in October, and has shunted into London for a limited five-week season over the holidays before continuing on the road in the new year.

Comedian and presenter Jason Manford – whose other recent musical theatre credits include Sweeney Todd, The Producers, Guys & Dolls and Chitty Chitty Bang Bang – is joined in the 23-strong cast by Carley Stenson, Rebecca Lock, Samuel J Holmes, Andy Coxon, Leah Barbara West and Alan Burkitt, who joined me to discuss the show and why it’s going down a storm with London audiences who so well understand and appreciate “the language of theatre”.

Amongst the other questions asked and answered:

Please watch and share the full discussion below, including my modelling of some very fetching Curtains “Show Must Go On” and “Show People” merchandise. Christmas gift ideas, people! 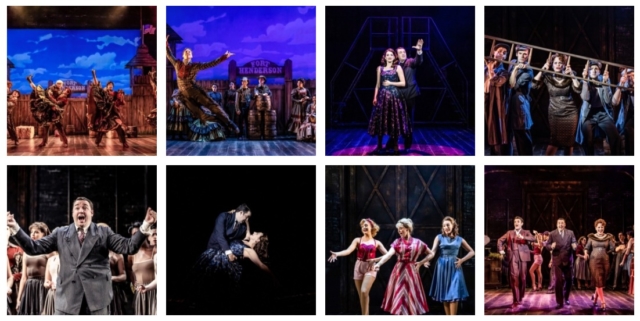 See the full gallery of Curtains production shots on www.stagefaves.com.