Counting Sheep Q&A video and photos: How do you stage a real-life revolution?

Home-Counting Sheep Q&A video and photos: How do you stage a real-life revolution?

Counting Sheep Q&A video and photos: How do you stage a real-life revolution? 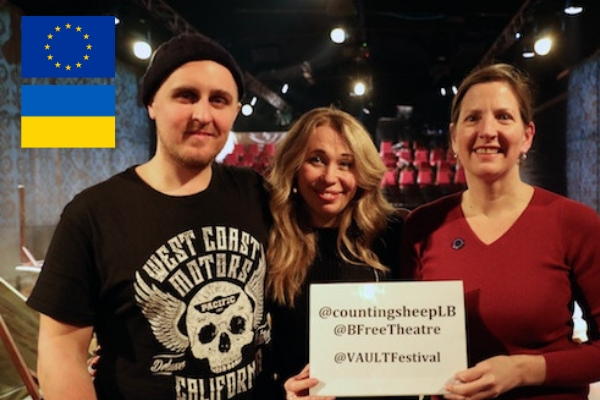 My post-show Q&A for Counting Sheep at VAULT Festival

It’s only a matter of days until the UK is scheduled to depart the European Union. As anyone who follows me knows, Brexit is an outcome I’ve been fighting, marching and campaigning against since David Cameron first announced the date for the 2016 referendum.

So to be invited to chair Counting Sheep, in a new co-production with Belarus Free Theatre, particularly at this time, in this climate, was an unbelievable honour – and, frankly, quite emotional.

If, like me (to my shame), your knowledge of Ukraine and its corrupt former president Victor Yanukovych is shaky at best, including the protests in 2013 and revolution in 2014 that led to his removal and Russia’s invasion of Crimea and the ongoing war in Eastern Ukraine, stop everything and go look up Euromaidan on Wikipedia right now.

Mark and Marichka Marczyck met on the Euromaidan barricades and it’s their true-life story, as well as some heart-pumping Ukrainian polyphonic folk music, that fuels Counting Sheep, now playing at VAULT Festival until 17 March (ending just 12 days before you know what).

It was this point during the post-show discussion that got me. I asked why they wanted to bring Counting Sheep – in which the audience become protestors and observers, reliving the revolution with them – to the UK now. Mark answered:

“It [the Ukrainian revolution] all started with that desire to be a part of Europe, to live by democratic values, the values of a free state. That’s something that over a million Ukrainians decided to drop everything and fight for, that people lost their lives for, and there is a war that’s now continued for five years in which people are still fighting for that basic right.

“And Britain decided to give that away. Just like that. Just like, this isn’t worth anything to us.

“We felt it very important, with that kind of decision being made, to share this story, to say, here is something that you may not have considered, or here is how this has played out in other parts of the world.”

Why are we letting this happen? Where is our revolution? In her recent blog, my friend Emma Burnell has summed up perfectly my own response to Counting Sheep and what it says about where we are now as a country.

I’m so inspired by these two freedom-fighters and by their partners at Belarus Free Theatre, the underground theatre group that has been fighting against dictatorship in Ukraine’s neighbouring, former Soviet bloc state since 2005. Please watch and share the Q&A video.

(Apologies too for lighting and sound challenges with the video, we were perched amongst the rubble of Counting Sheep‘s post-revolution set and, being the Vaults, had Waterloo trains rumbling overhead!) 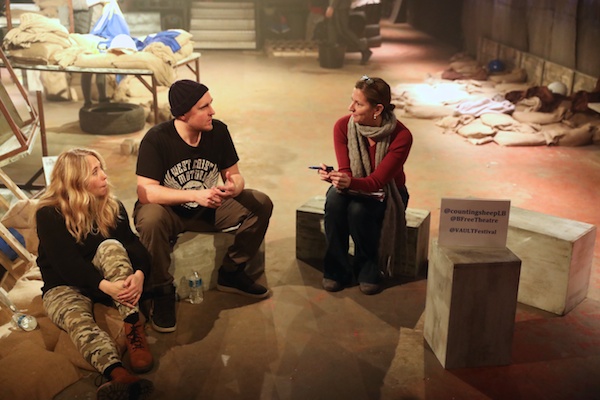 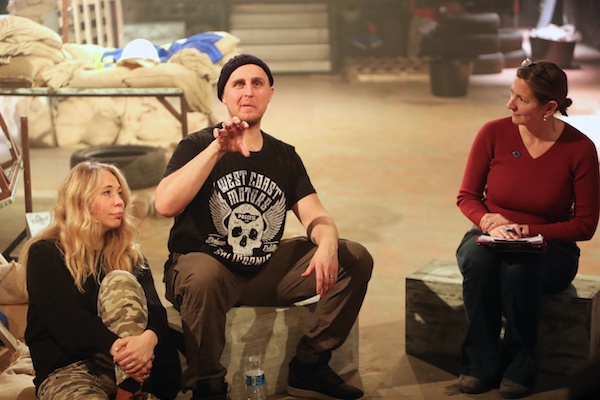 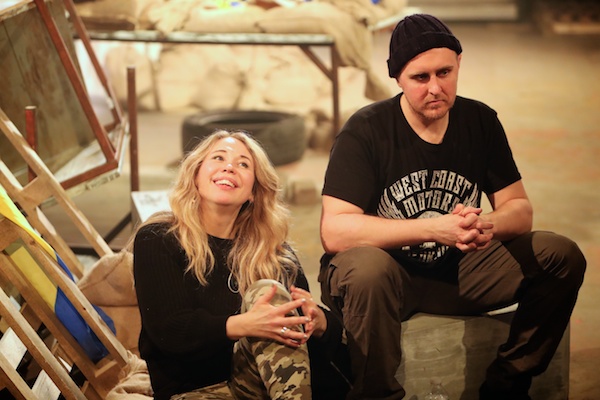 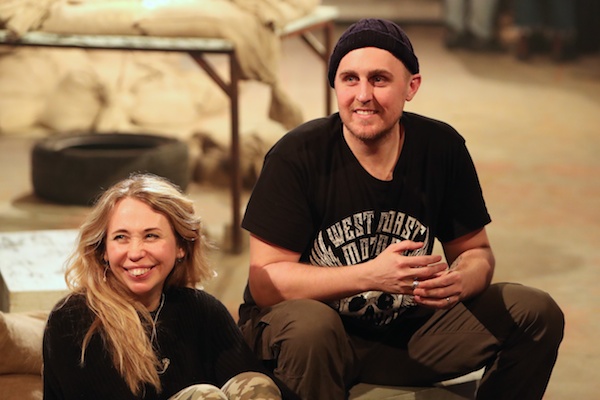 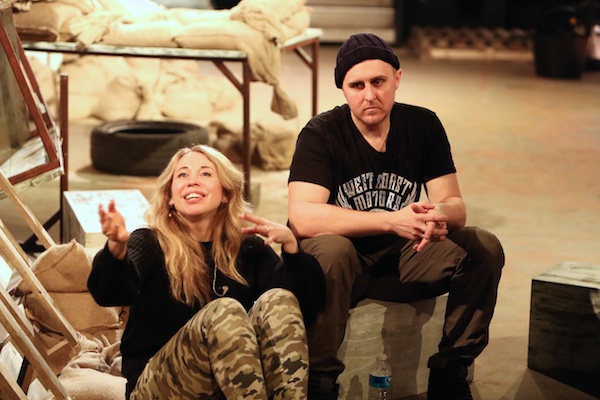 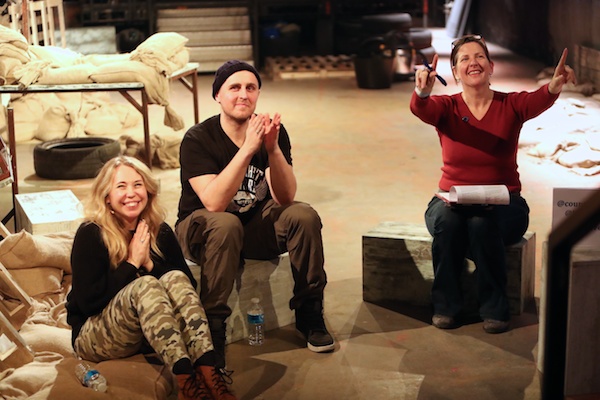