Coming Clean Q&A video and photos: Why has it taken 37 years for Kevin Elyot’s play to get its West End premiere?

Home-Coming Clean Q&A video and photos: Why has it taken 37 years for Kevin Elyot’s play to get its West End premiere?

Coming Clean Q&A video and photos: Why has it taken 37 years for Kevin Elyot’s play to get its West End premiere? 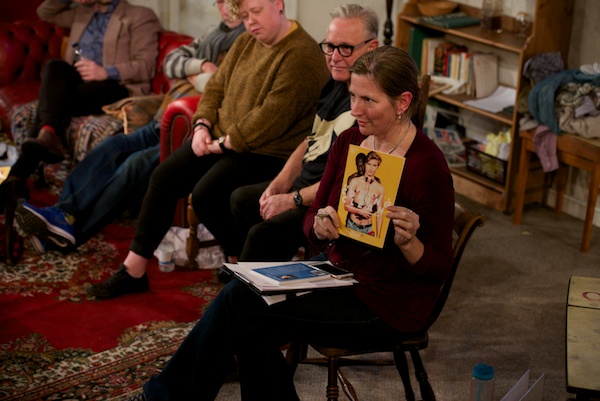 In the first of my two back-to-back King’s Head Theatre post-show Q&As, I was at Trafalgar Studios for the West End premiere of Kevin Elyot’s first play, Coming Clean, 37 years after the actor-turned-writer made his playwriting debut with it at London’s Bush Theatre.

Elyot’s play was written and is set in 1982 – 15 years after decriminalisation and before AIDS had become widely recognised in the UK. Indeed, it was another 12 years before Elyot premiered the play he became best known for, 1994’s My Night With Reg, which showed the devastating effect of AIDs on a group of British gay men.

In an earlier, more innocent and carefree time, Coming Clean centres around struggling writer Tony and his partner of five years, Greg, who seem to have a perfect relationship. They’re committed and in love but enjoying an open relationship where one-night-stands with others are vigorously pursued and encouraged. But what happens when Greg embarks on a full-blown romance with another man?

Elyot passed away in 2014, on the eve of the Donmar Warehouse’s revival of My Night with Reg. But for the discussion after Coming Clean on 16 January, it was an honour to be unexpectedly joined by Elyot’s contemporary, friend and fellow playwright Martin Sherman, whose own credits include Bent, When She Danced (in which Elyot appeared) and, receiving its UK premiere next month at the Park Theatre, Gently Down the Stream.

The post-show panel also included director Adam Spreadbury-Maher; production associate David Parker, who himself came out in 1967 and was diagnosed with HIV in the 1980s; and, giving a lesbian perspective on the AIDS era, Diva Magazine editor Carrie Lyell. The four-strong cast – Lee Knight, Stanton Plummer-Cambridge, Elliot Hadley and Tom Lambert – also joined in. 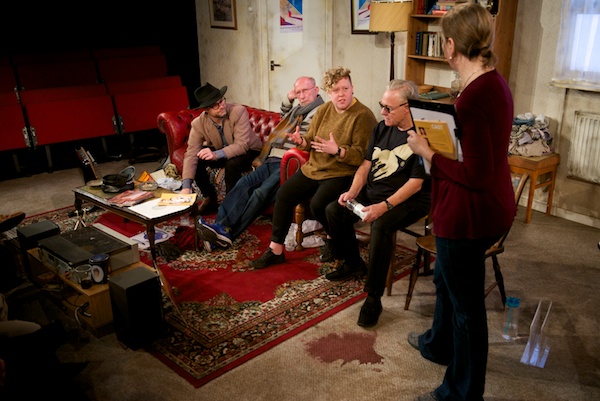 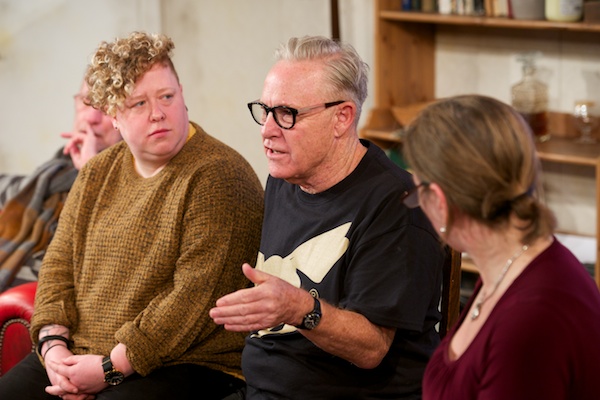 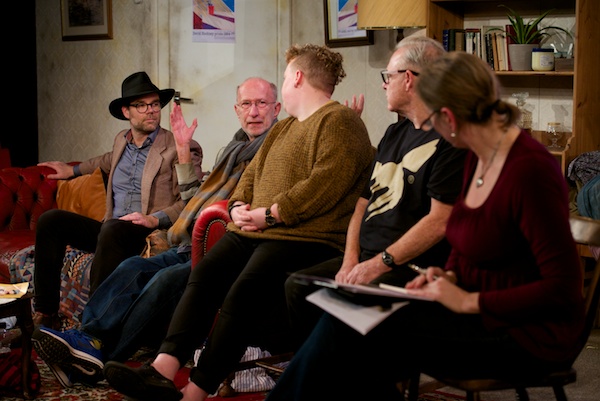 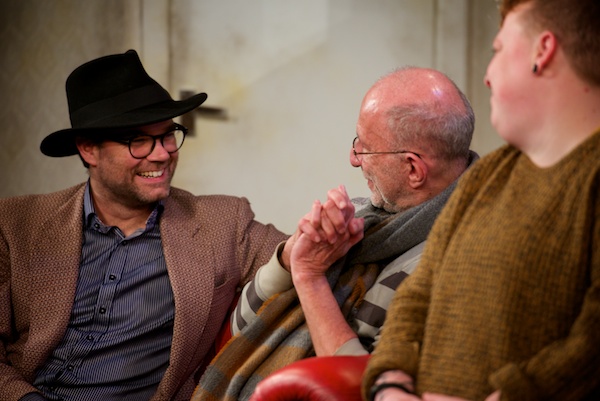 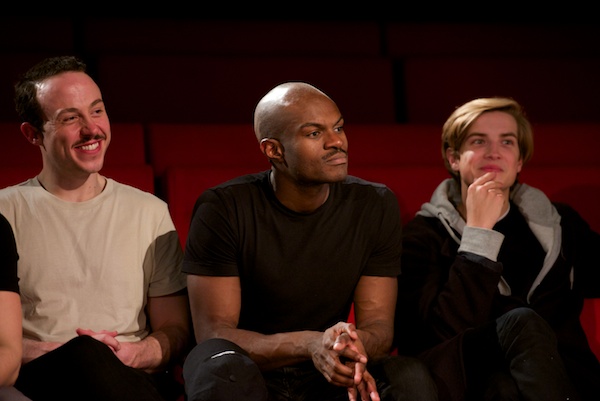 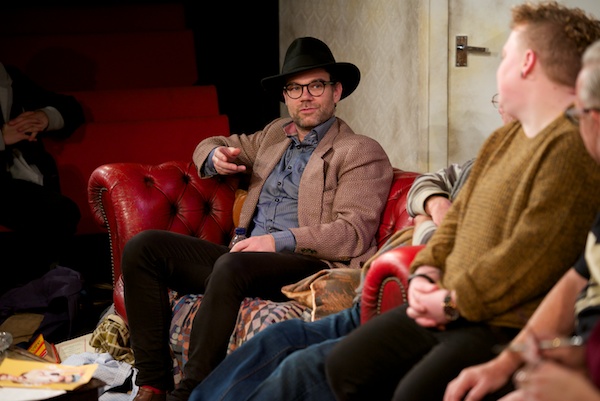 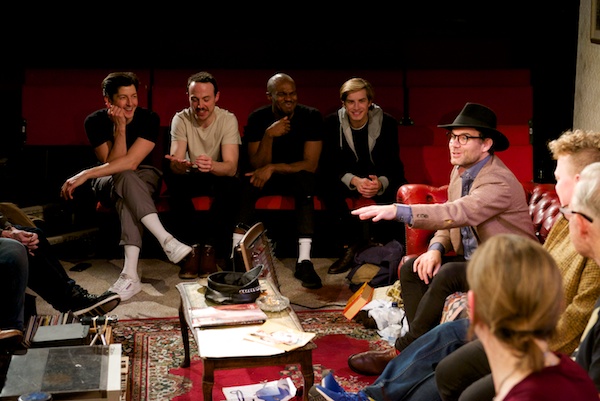 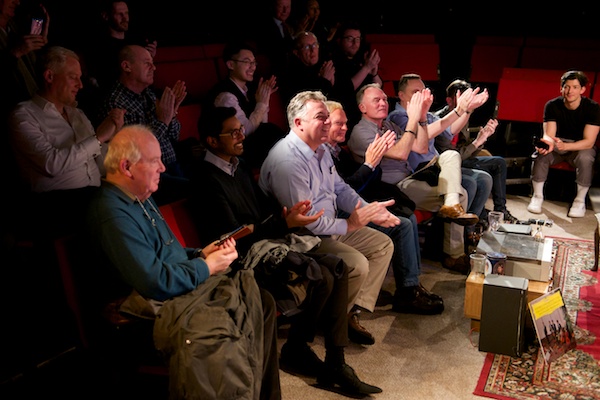 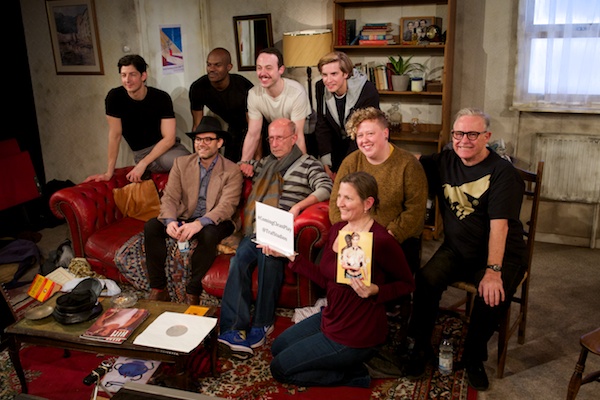