Q&A video and photos: How did Nina Simone inspire Black Is the Color of My Voice?

Home-Q&A video and photos: How did Nina Simone inspire Black Is the Color of My Voice?

Q&A video and photos: How did Nina Simone inspire Black Is the Color of My Voice? 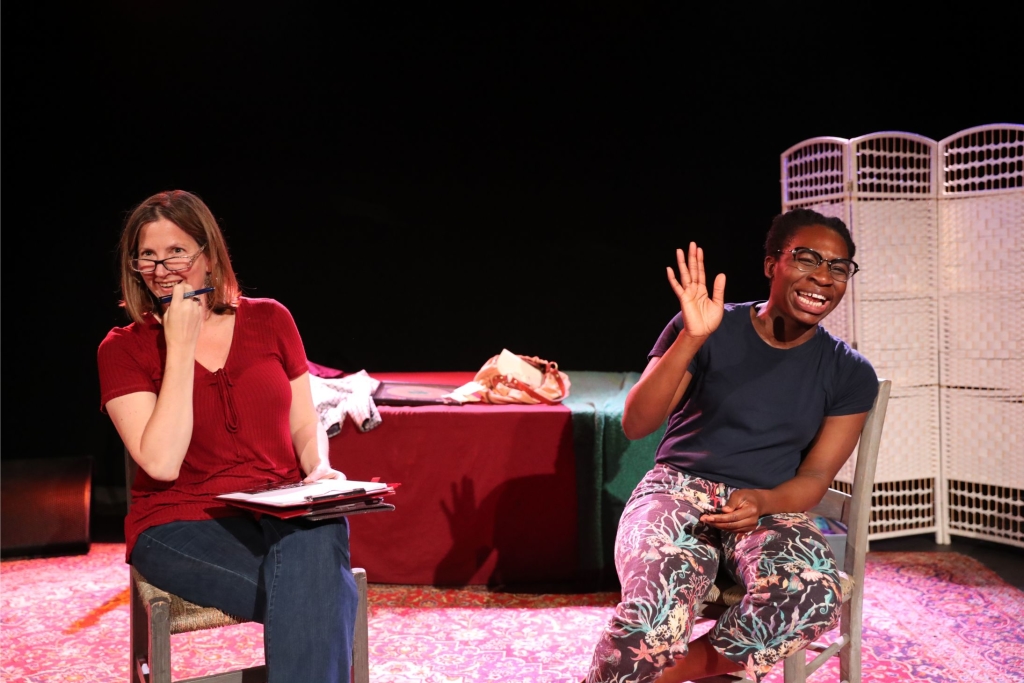 My Q&A for Apphia Campbell’s Black is the Color of My Voice at The Vaults. © Anthony Kelly

How much do you know about Nina Simone? Guaranteed: after you see Black Is the Color Of My Voice, the one-woman play with music written by and starring young American theatremaker Apphia Campbell, you will be inspired to learn more.

The “High Priestess of Soul” Nina Simone was born Eunice Kathleen Waymon in Tryon, North Caroline in 1933, the sixth of eight children. Though she passed away, aged 70, in 2003, she lives on musically with her enduring standards including “I Put a Spell on You”, “Feeling Good”, “I Ain’t Got No/I’ve Got Life”, “My Baby Just Cares For Me”, “To Be Young Gifted and Black”, “I Loves You Porgy” and “Mississippi Goddamn”.

The last was written by Simone in response to, in 1963, the assassination of American civil rights leader Medgar Evers and the bombing of a church in Birmingham, Alabama, in which four young black girls were murdered. The song, banned in many Southern states, became an anthem of the black movement and a turning point in Simone’s life as a political activist.

“The music told them what to feel. I miss those days. The time when music really mattered…”

The song also provides a key turning point in Black Is the Color Of My Voice, which explores Simone’s life and music, having started as a naturally gifted pianist, her relationships with men, including her beloved father to whom the piece is narrated, and her increasingly vocal fight against racial injustice.

Apphia Campbell, who hails originally from Florida, first encountered and became enamoured with Simone at university, where she combined her theatre performance degree with a minor in political science. After graduating, Apphia decided that, like Simone, she should move abroad and gain more real-world experience before, in 2013 while she was living in Shanghai, she finally wrote and first performed Black is the Color of My Voice.

The Edinburgh Fringe, London, New York and continuing international touring followed. After last night’s performance, which earned her a standing ovation, Apphia joined me and the audience to talk about Nina Simone and her personal journey to date with theatre, politics and music.

After this latest London run at The Vaults, Apphia returns next month to the Edinburgh Fringe to perform Black Is the Color Of My Voice in rep with her other one-woman play, Woke, inspired by former Black Panther Assata Shakur, now living in exile in Cuba, and today’s Black Lives Matters movement.

Black Is the Color of My Voice continues at The Vaults until 13 July 2019. 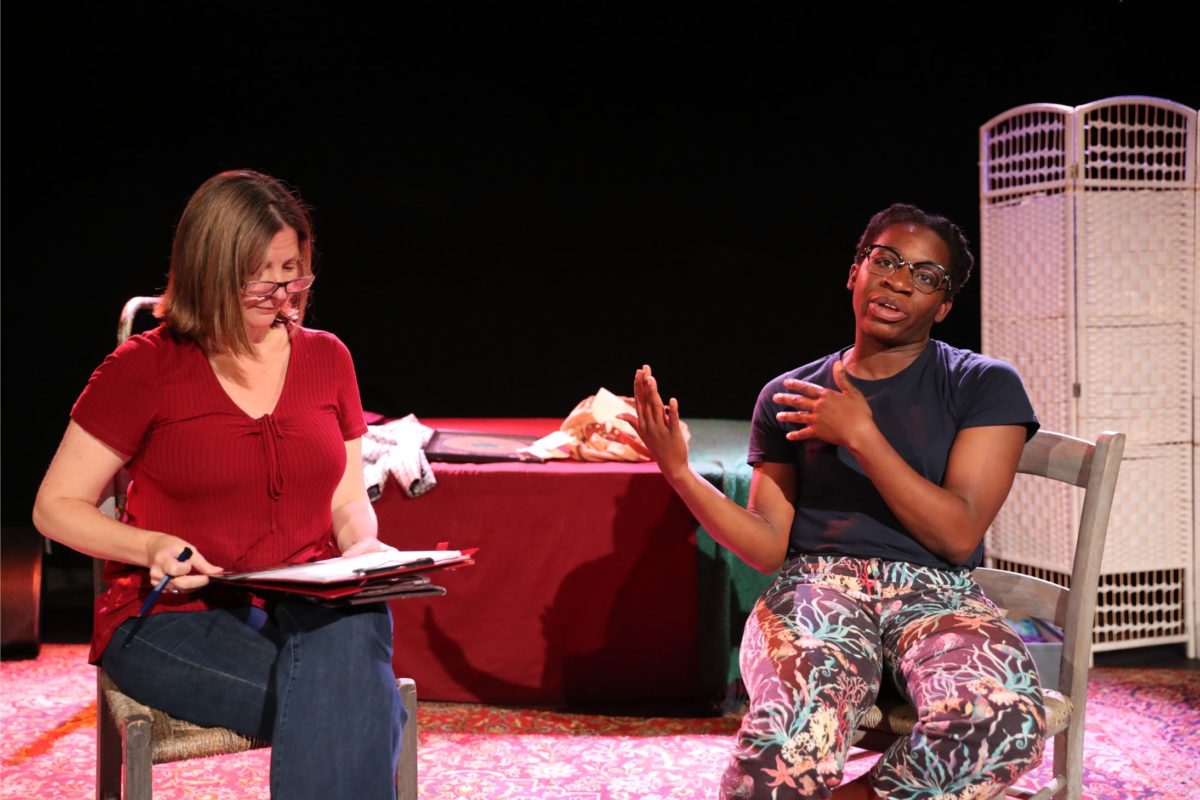 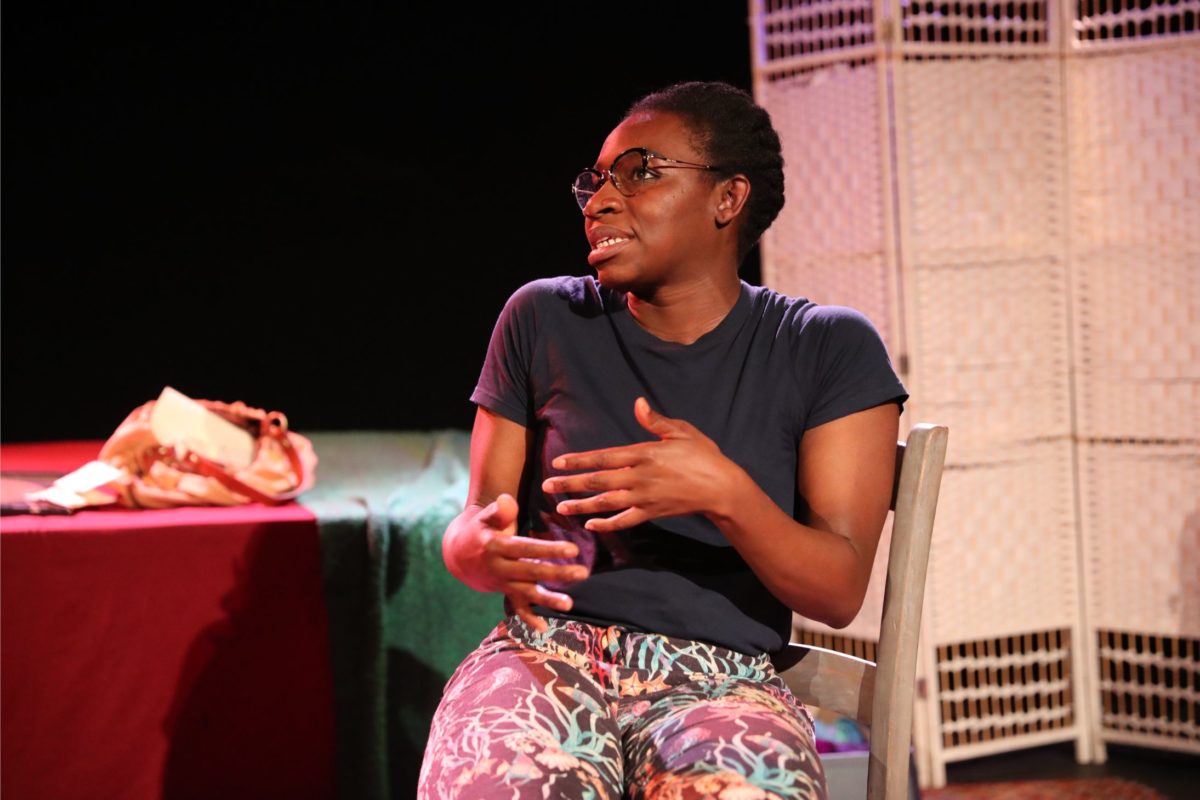 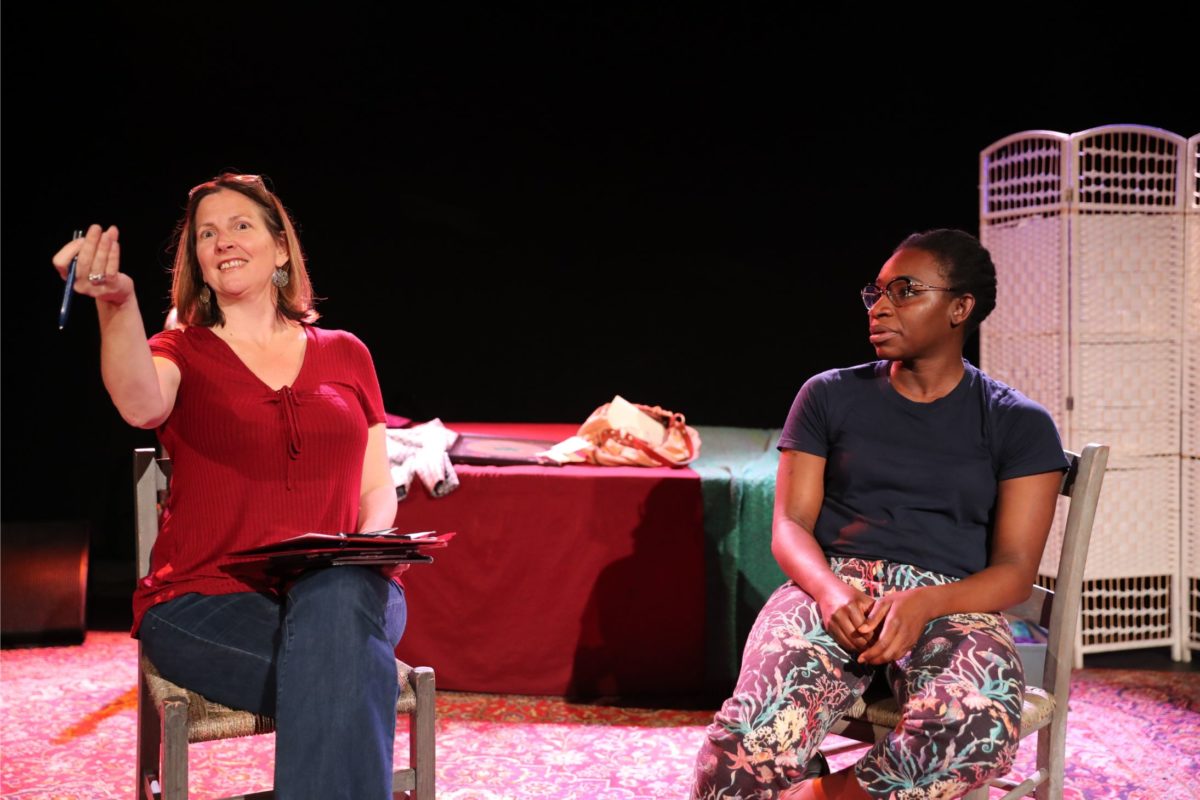 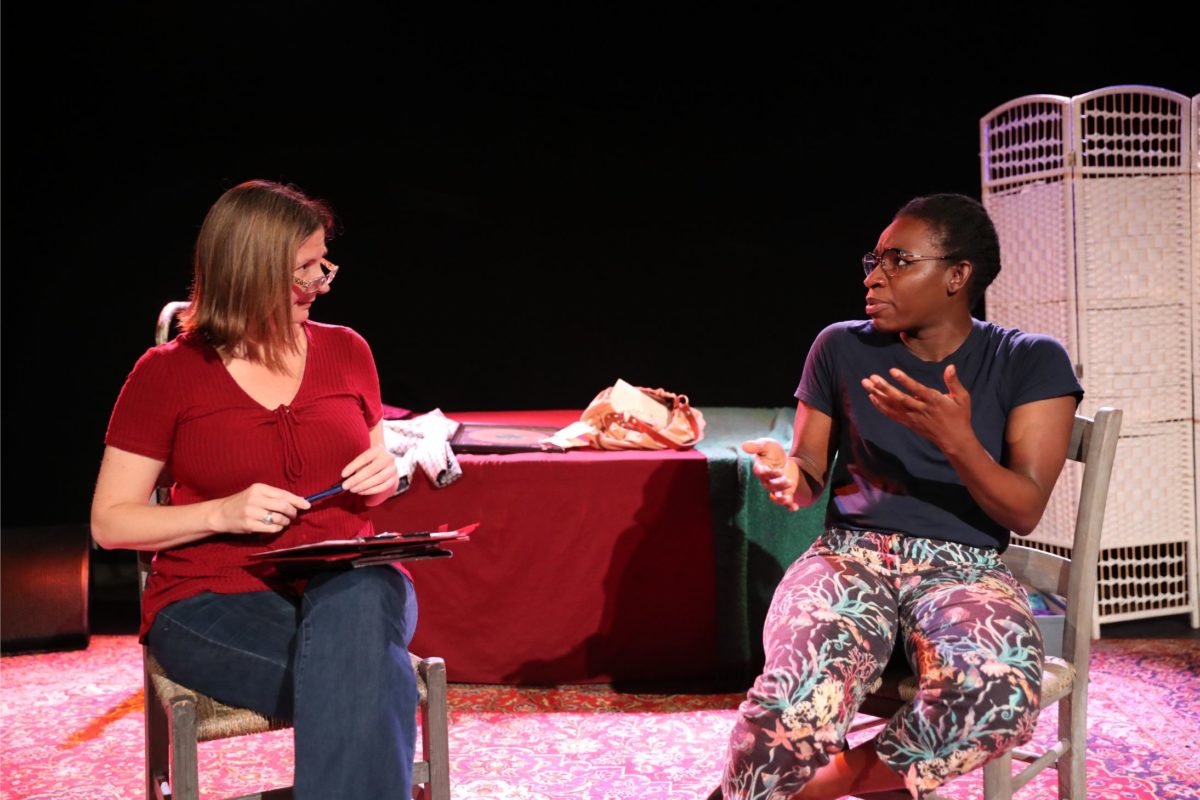 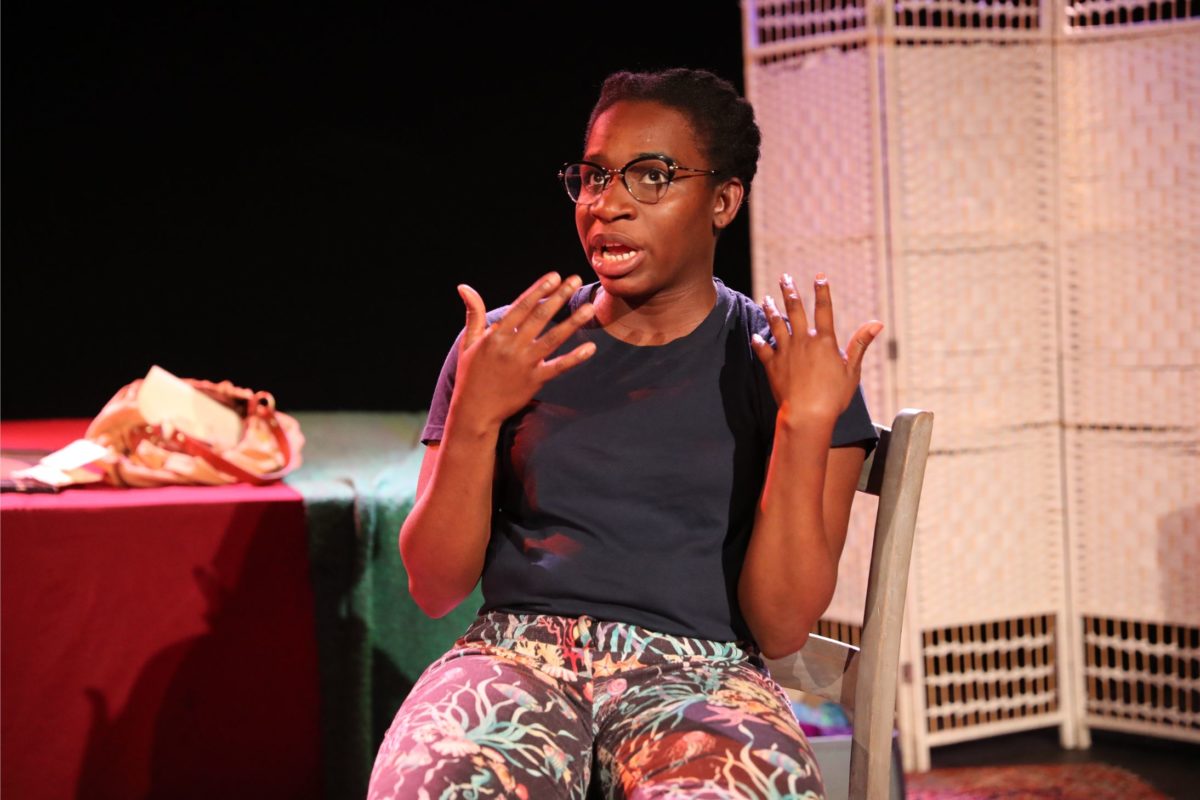 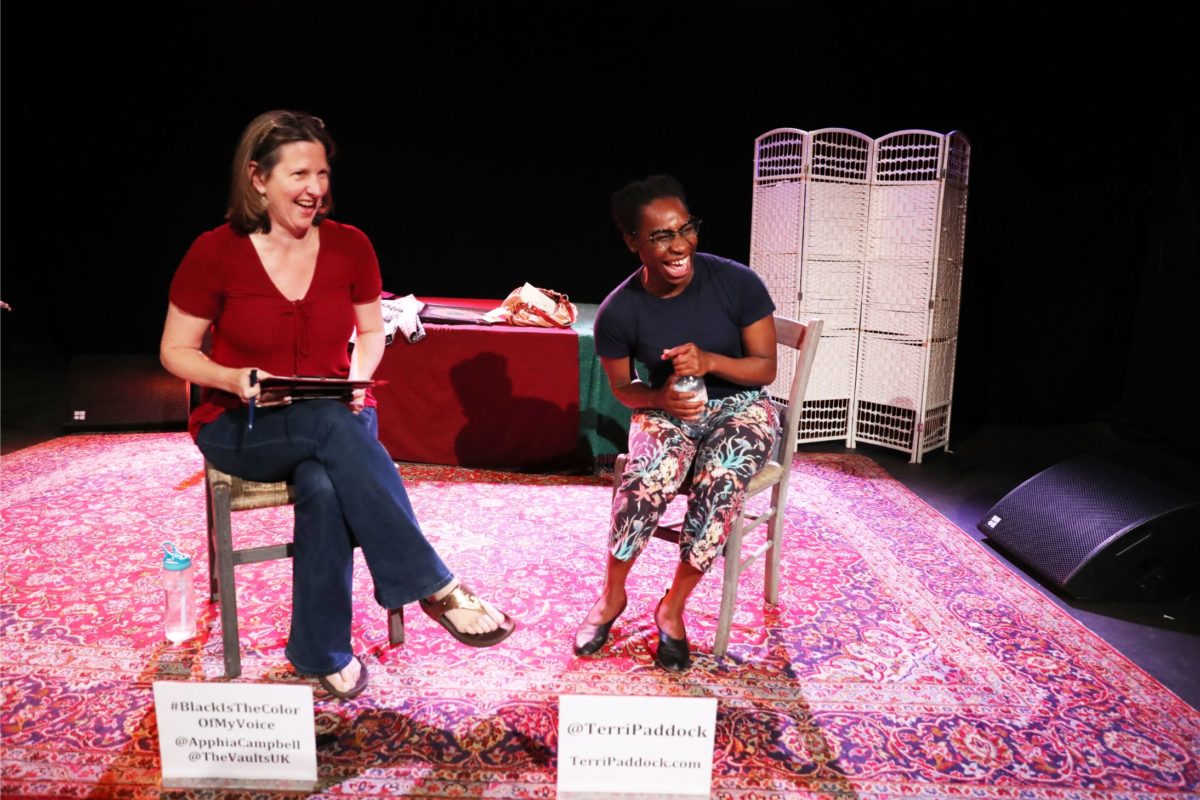 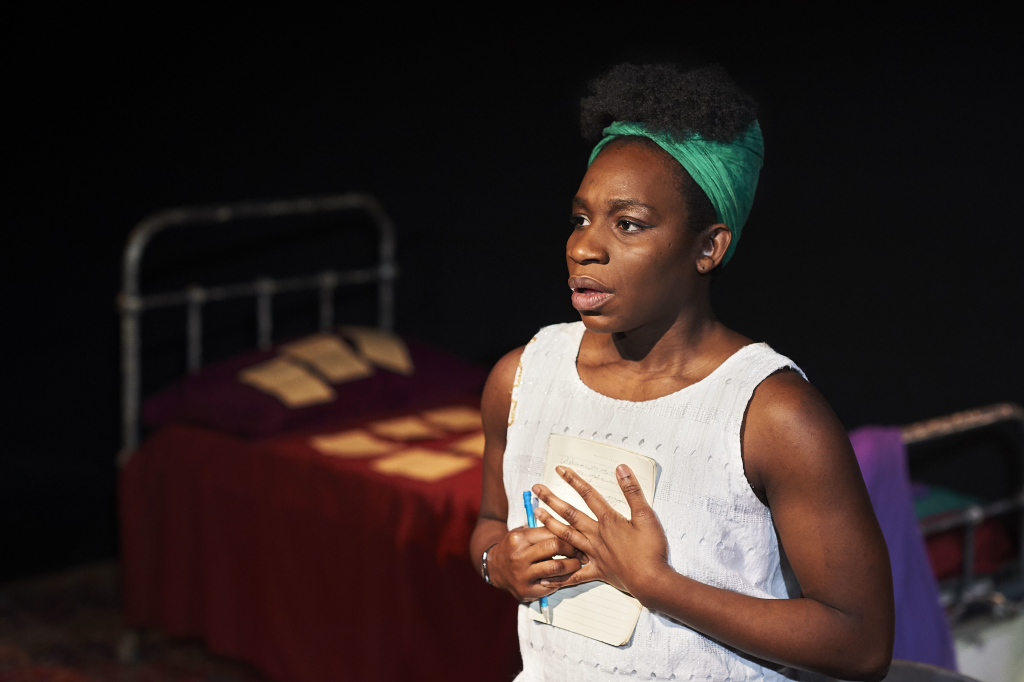 Apphia Campbell as Nina Simone in Black is the Color of My Voice. © Geraint Lewis

Black is the Color of My Voice Q&A