Home-At Last Q&A video and photos: How worried are you about the direction the UK is heading? 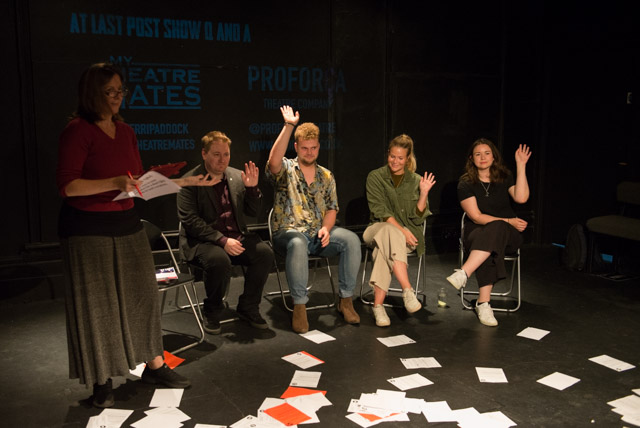 My post-show for At Last at the Lion & Unicorn Theatre. © Peter Jones

Are you worried about the state of politics and society in the UK today? That’s the question I asked at the start of last night’s post-show Q&A at London’s Lion & Unicorn Theatre. The hands of all my panellists and nearly everyone sitting across from them in the audience shot up.

Proforca Theatre’s new play At Last, co-written by James Lewis and Alexander Knott, speaks to our collective worries and fears. The action is set in the present day but, while conceived during and clearly fuelled by divisions cleaved since the 2016 EU referendum, this is by no means a Brexit play. In this “present”, rather than a Parliament in the midst of prorogation, we have reached the point of total government collapse with the overthrow of a fascist regime that took power in an alternative-reality aftermath of the 2011 London riots.

It’ll never happen here they said. Except it did.

In this dystopian world, a new administration is trying to heal society’s divisions by means of a truth and reconciliation committee. We meet a young clerk whose job it is to assist witnesses, whose testimonies we also hear: a mother and her two sons on different sides, a potential whistle-blower, an underground rebel, a judge. Will they be able to forgive or forget?

At Last provoked an open, honest and – as one audience member put it – cathartic discussion about the polarisations we are all witnessing in our own lives. And one, which, I’m proud to say, was conducted respectfully throughout. (While we were at the event, BBC News published a helpful piece about how to discuss Brexit matters constructively – I think we were ahead of the curve.)

The evening was also a great opportunity to check in at the Lion & Unicorn six months after Proforca Theatre took over management of the theatre, opening with a run of Feel from the same creative team. (You can see coverage from that launch Q&A event here.) I was joined onstage by Proforca artistic director David Brady and three of his Lion & Unicorn associates: Jess Barton, co-director of At Last and co-founder of resident company Fight or Flight; Hannah Bates, author of companion monologue At First, staged at certain performances; and Jack Albert Cook, whose first full-length play Fast Love premiered at the venue this summer.

There were also lots of contributions from the At Last cast – Malcolm Jeffries, Melissa Phillips, Anthony Fagan, Demelza O’Sullivan, Michael Faulkner, David Angland and Gemma Wray – as well as the audience. Thanks to all the creatives, cast and audience members who joined this conversation. Remember to always rebel in your own way and to be kind.

At Last runs at London’s Lion and Unicorn Theatre until 22 September 2019. 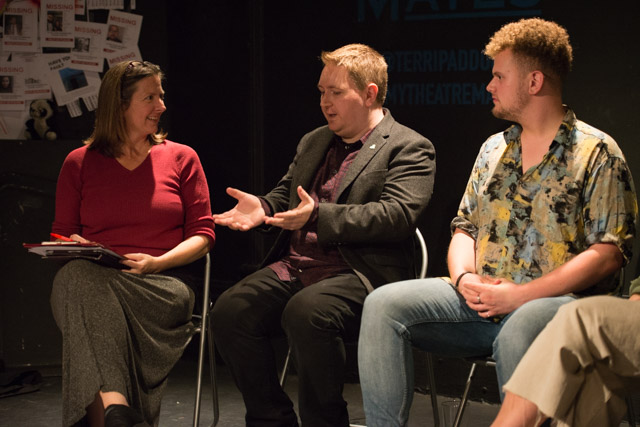 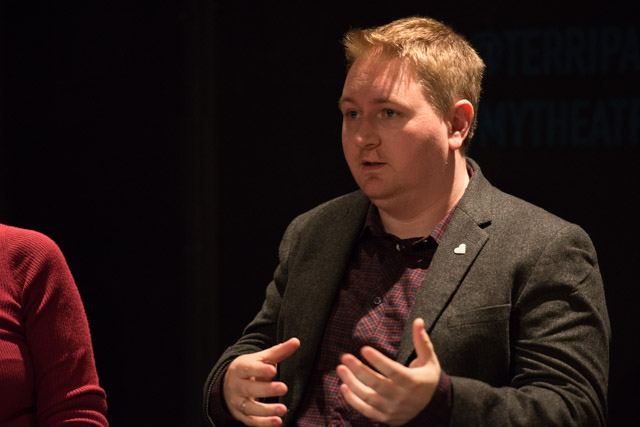 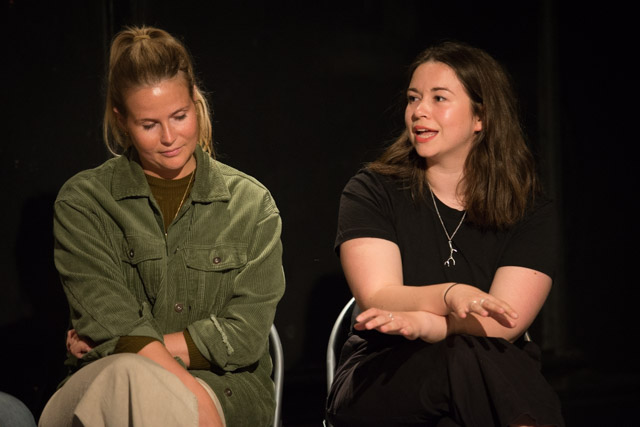 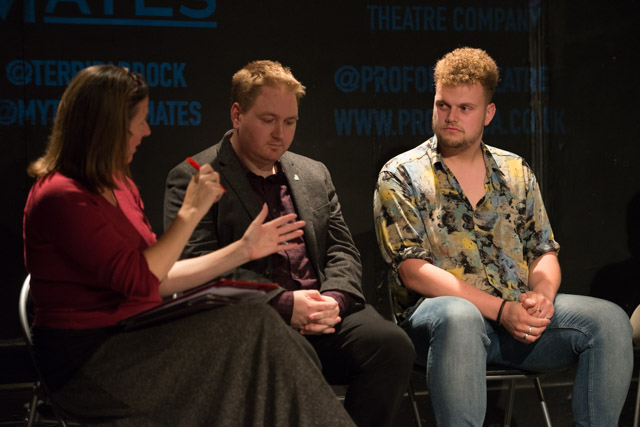 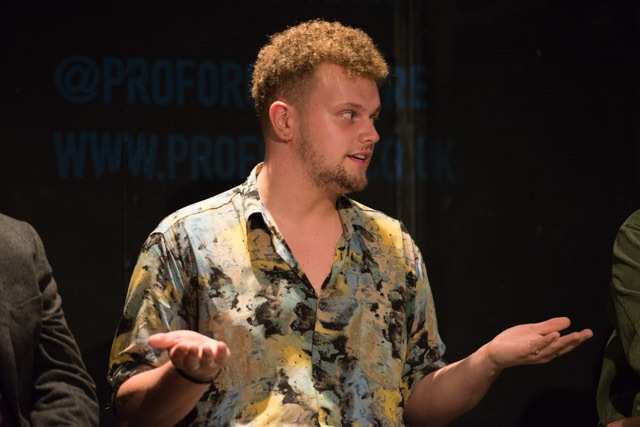 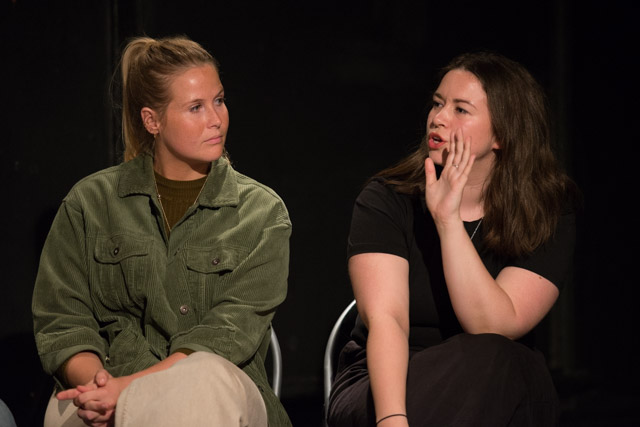 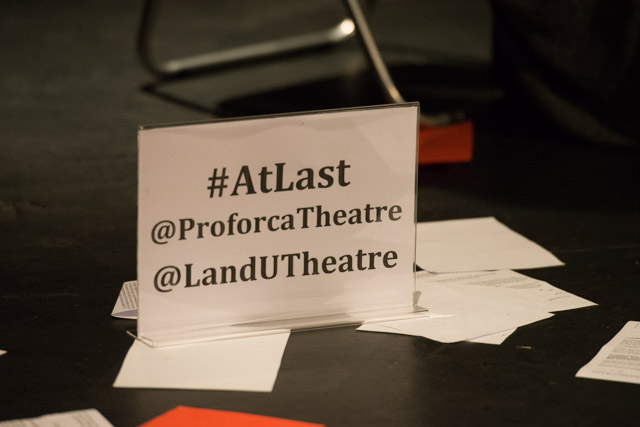 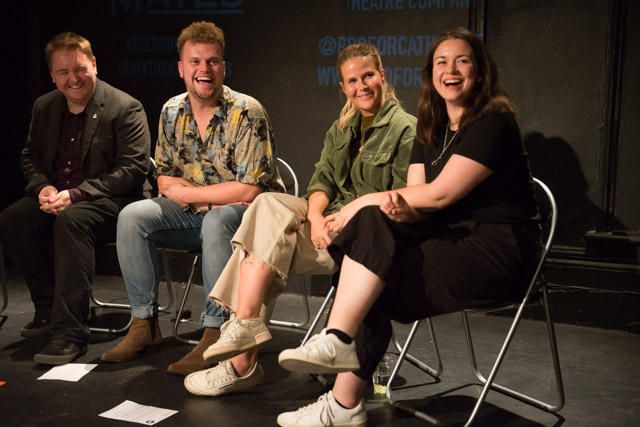 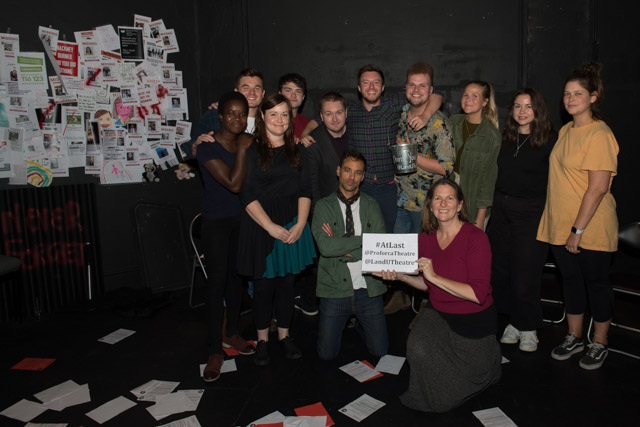