Q&A photos: Caught in the grey zone with Actually’s stars and director

Home-Q&A photos: Caught in the grey zone with Actually’s stars and director

Q&A photos: Caught in the grey zone with Actually’s stars and director 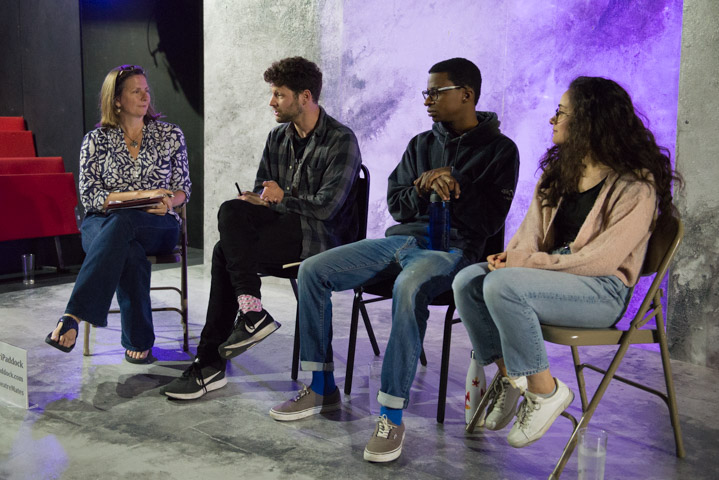 My post-show Q&A for Actually at Trafalgar Studios. © Peter Jones

Can we ever really know what happened between two people behind closed doors? That’s the question at the heart of Anna Zeigler’s provocative new two-hander Actually, and one the company, audience and I grappled with after Friday’s performance.

Actually revolves around Amber and Tom, two newly arrived freshmen at American Ivy League university Princeton, who hook up one drunken night at a party. What actually happened when they made it back to Tom’s dorm room?

The drama unfolds in flash-backs and -forwards from the moment of meeting at the party to the university hearing at which Tom must defend himself against Amber’s accusation of date rape, with other points around their relationship and backgrounds revealed through a series of short exchanges and lengthier direct-address monologues to the audience.

We get not just into the intimate space between these two young people but also inside their heads, our sympathies constantly shifting with new details and glimpses of their vulnerabilities. The fact that Amber is Jewish and Tom is black adds further layers of conflict, misunderstanding and alienation.

Actually is written by Anna Ziegler, who had an award-winning hit with her play about DNA scientist Photograph 51, starring Nicole Kidman in the West End in 2015. Actually had its Off-Broadway premiere in November 2017, just weeks after the Harvey Weinstein scandal broke. This, no doubt, made it seem all the more topical to New York audiences but, as Ziegler observes in a programme note, a drama about sexual assault will – sadly – always be relevant.

This European premiere care of Announcement Productions stars Yasmin Paige and Simon Manyonda who, after an emotionally draining 90-minute performance for which they are both onstage throughout, joined me and director Oscar Toeman for a post-show discussion on Friday night. On designer Cindy Lin‘s ‘caught in the grey zone’ set, we discussed matters of consent and truth, as well as ‘s involvement, character development, excellent American accents, moments to seize the opportunity to be nice (hugs are always good in my book) and more.

Highly recommended for a thought-provoking evening with two nuanced and compelling performances. 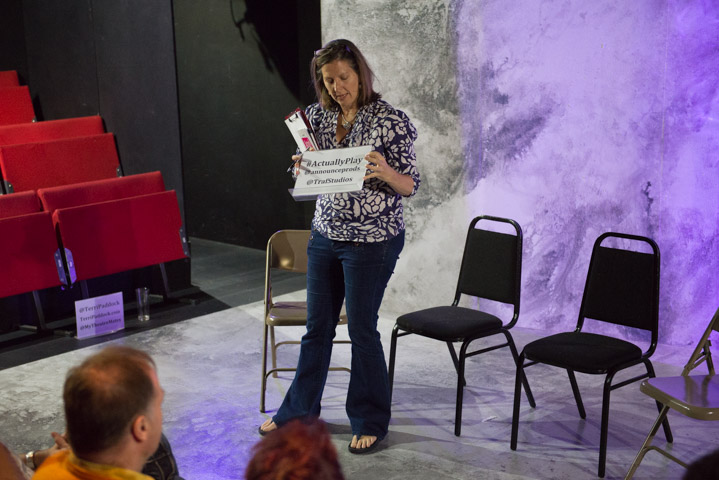 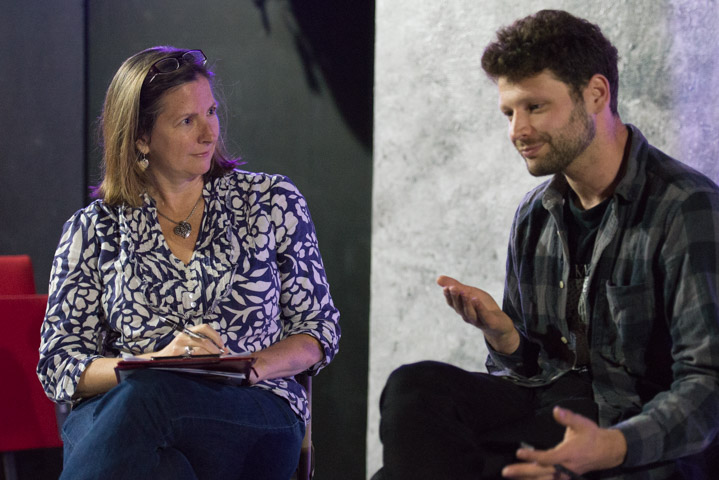 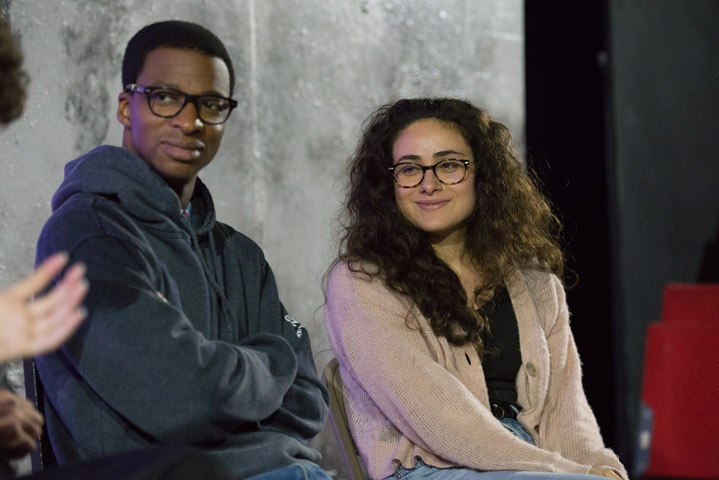 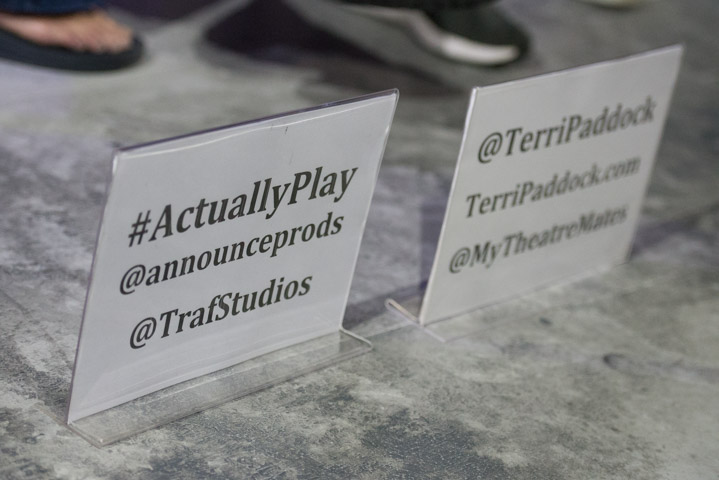 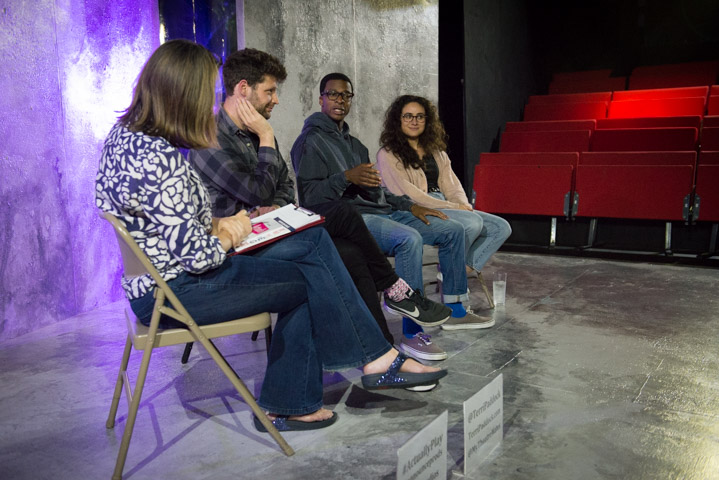 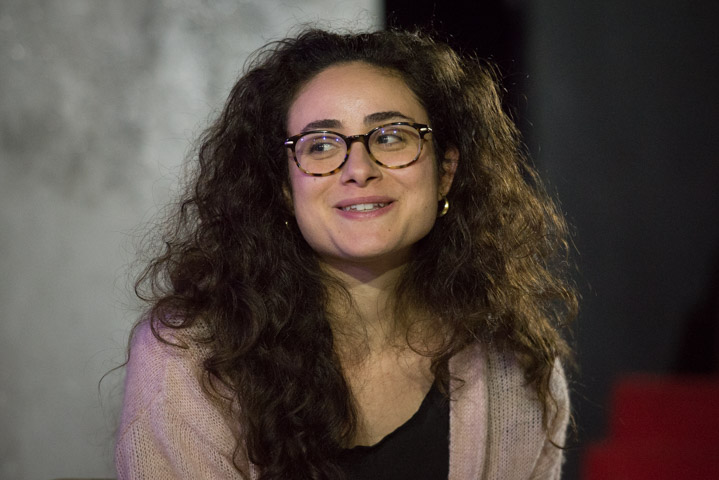 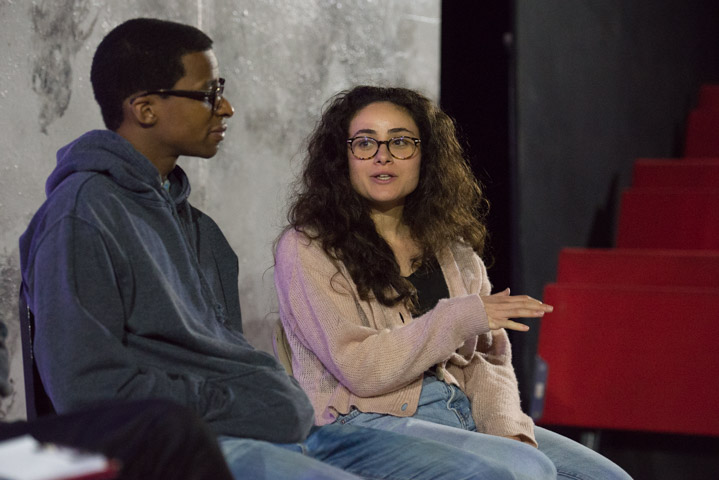 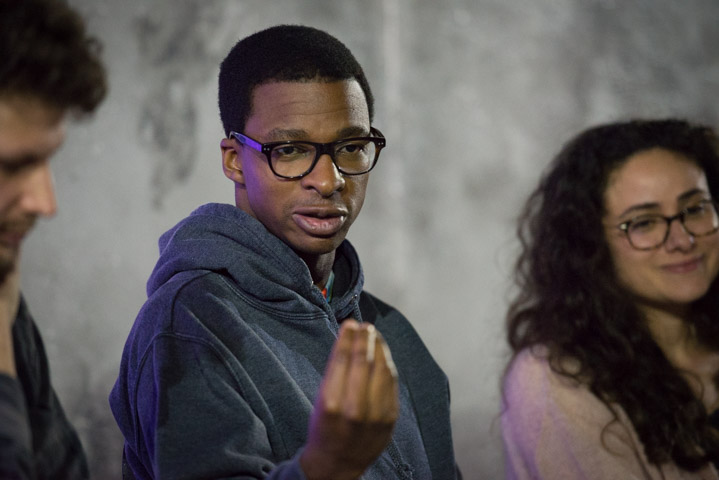 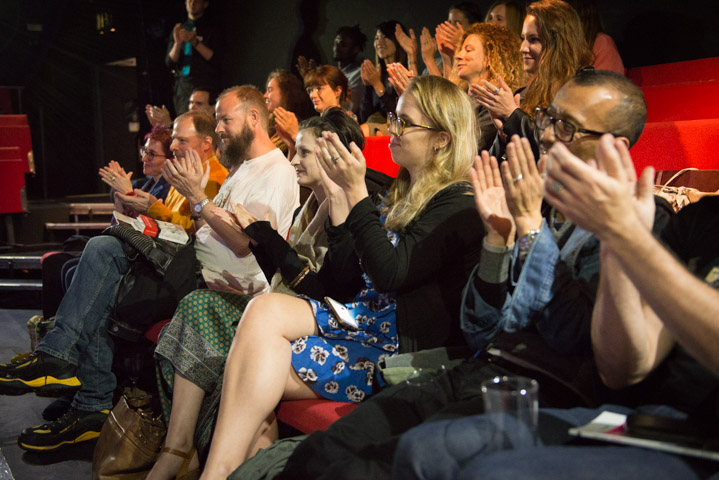