A Christmas Carol: It’s easy to see why this production has become an Old Vic tradition

Home-A Christmas Carol: It’s easy to see why this production has become an Old Vic tradition

A Christmas Carol: It’s easy to see why this production has become an Old Vic tradition 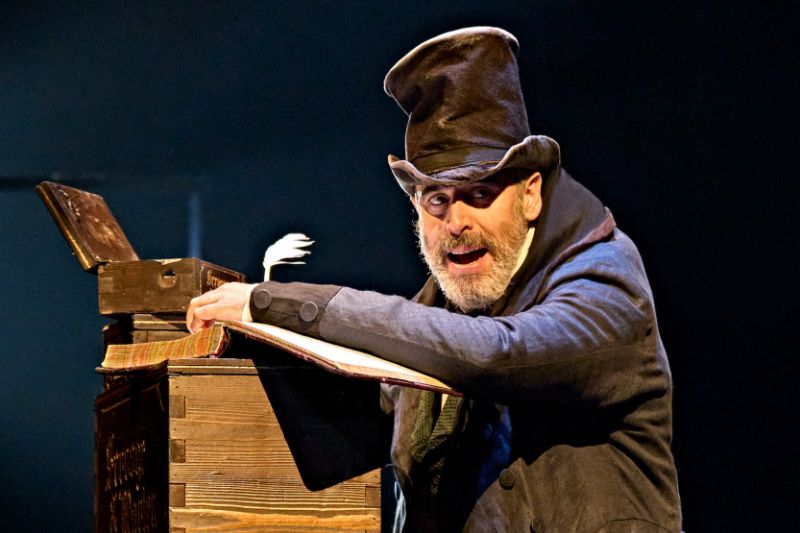 Stephen Mangan in A Christmas Carol at the Old Vic Theatre. © Manuel Harlan

Ordinarily, I love Christmas. But for the past several years, owing to the seemingly never-ending after-effects of Brexit, Trump and Covid, I have struggled to summon the Christmas cheer that used to kick in for me immediately the day after Thanksgiving (or, after so many years in the UK, by 1 December at the latest).

I have a few touchstone traditions that still do the trick, if only fleetingly: watching the Frank Capra’s It’s a Wonderful Life, hanging a twinkly wreath on our front door, a charity carol concert, an eggnog latte (though I wish I didn’t have to go to Starbucks to get the last).

To that list, I must now add the Old Vic Theatre’s staging of A Christmas Carol. Despite all the many raves, I have managed to avoid the production over the past four years – I think, almost masochistically, not wanting to risk it working its magic.

And magical it is. From the moment that you enter the Old Vic auditorium, you feel wrapped in a communal bonhomie. The space is intimately configured in the round with a cross-shaped catwalk stage allowing the actors to mill smilingly amongst the theatregoers, flickering candles dangle everywhere from the darkened heights like stars on a clear frosty night, ushers hand out mince pies and clementines, mulled wine is roundly consumed.

Jack Thorne’s adaptation of Charles Dickens’ well-known classic clips along at a rapid pace, with the ensemble cast narrating transitions and floorboards opening up to move minimal props on and off quickly.

In the centre crouches Stephen Mangan, the Old Vic’s latest Scrooge, after the first two years with Rhys Ifans, Paterson Joseph in 2019 and Andrew Lincoln in last year’s streamed version. I can’t, of course, compare Mangan with his predecessors, but he is an actor I have always liked and I like him in this role very much. Mangan is superb at displaying peevish irascibility that belies hidden vulnerability.

After his night of ghostly visits, you feel this Ebenezer has not so much been transformed as found the courage to reveal his true self. His joy at doing so, and sharing his good fortune, is infectious.

There’s lovely support too from the likes of Oli Higginson (so great to see him again after The Last Five Years) as Scrooge’s nephew Fred, Jack Shalloo as Bob Cratchit, Andrew Langtree as Scrooge’s father and late business partner Jacob Marley, Rachel John as the Ghost of Christmas Present, and Amanda Hadingue as the Ghost of Christmas Past. Not to mention, an adorable and teeniest of Tiny Tims.

And then there’s the bell-ringing, which lifts Matthew Warchus’ production to celestial heights. At the curtain call encore of Silent Night, Amanda Hadingue, ringing just in front of me, had tears glistening in her eyes. I wonder: are the cast moved by this magic every night as much as each new audience is?

Of course, this production has a long way to go to become a Theatreland Christmas staple akin to The Snowman, now back at the Peacock Theatre for a staggering 24th year, but I do hope the Old Vic maintains it as a programming tradition. If they do, I will be back.

A Christmas Carol is at the Old Vic Theatre until 8 January 2022. 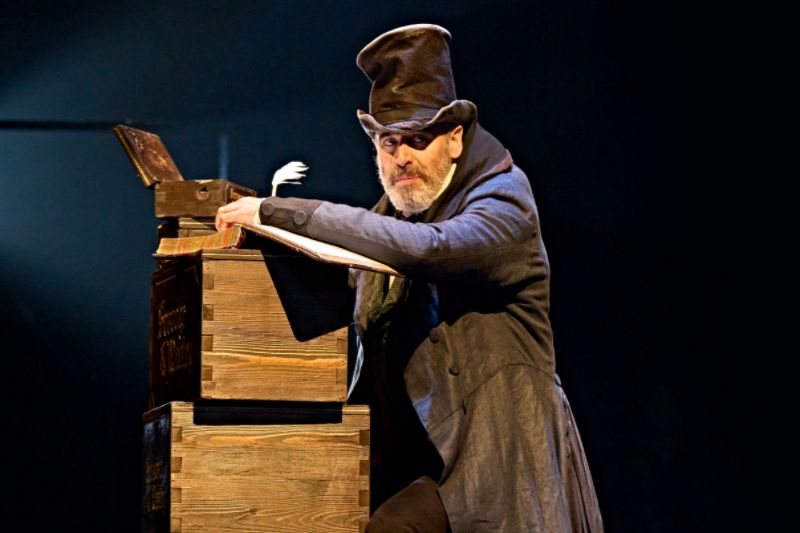 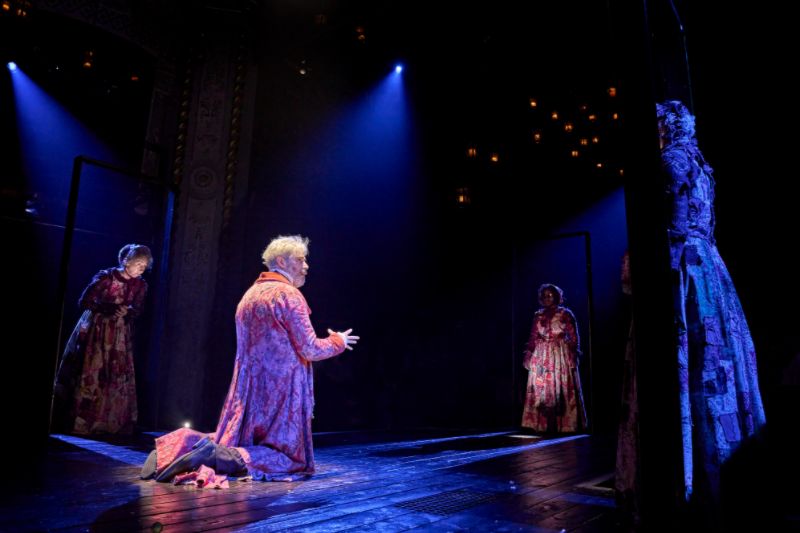 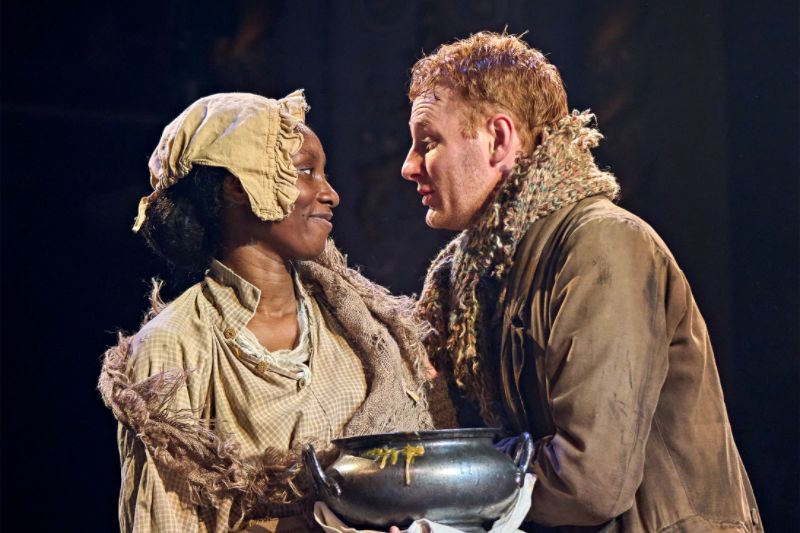 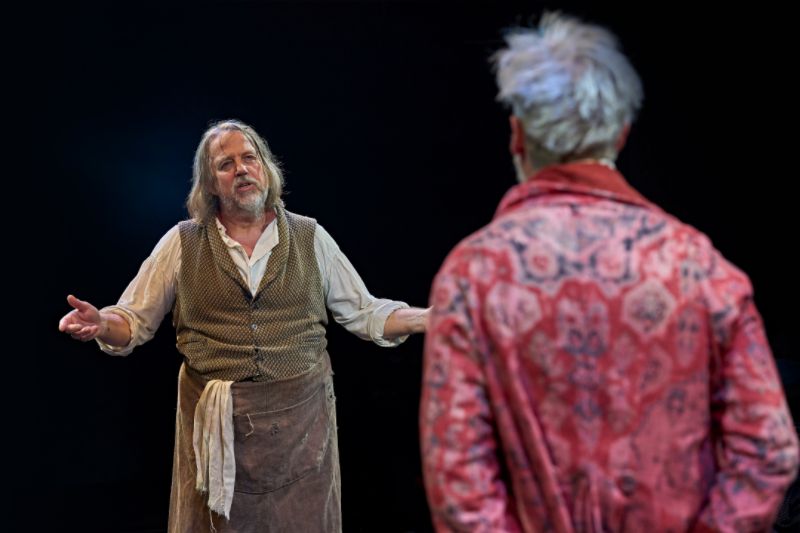 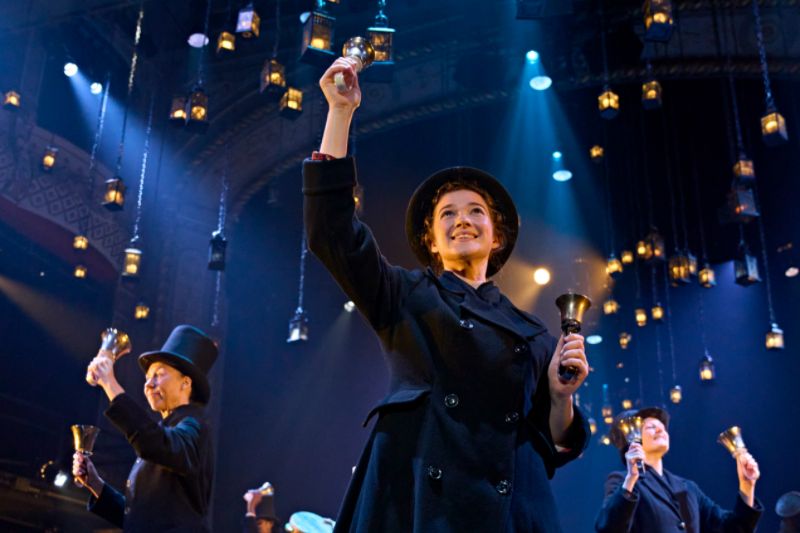 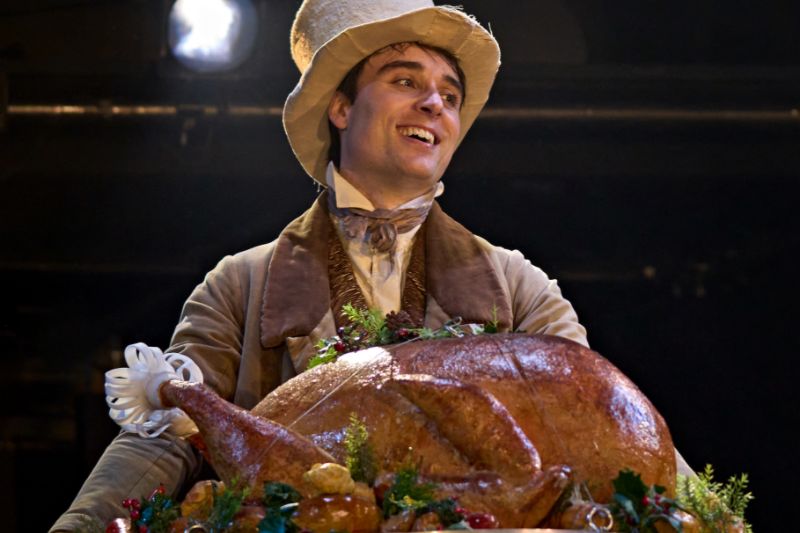 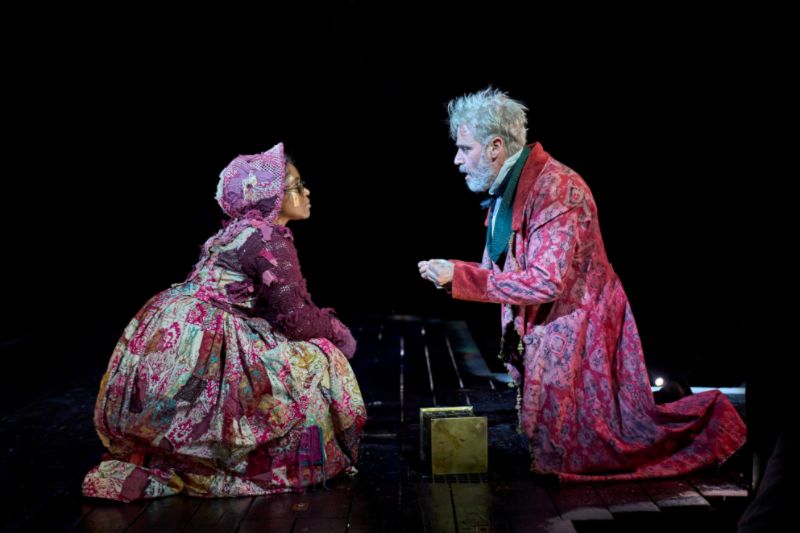 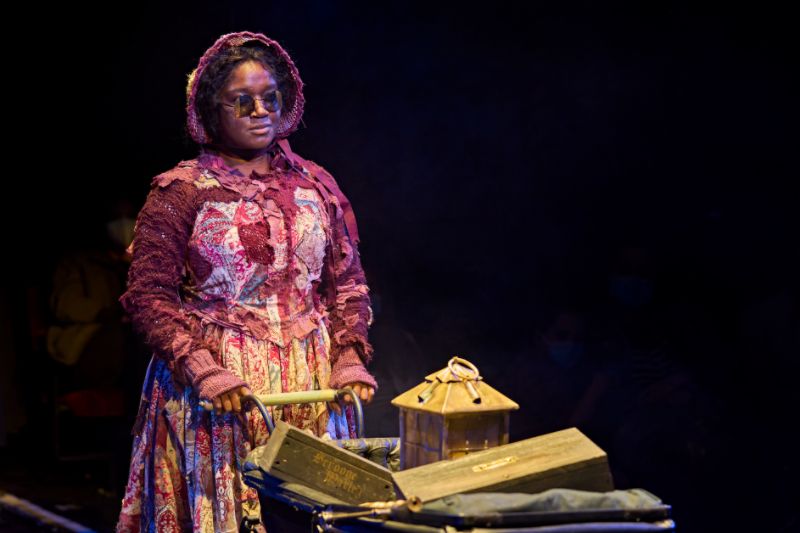 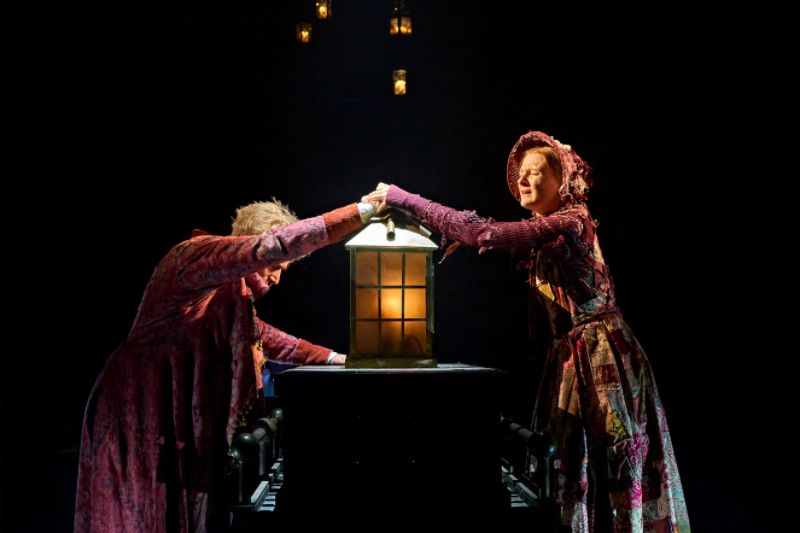 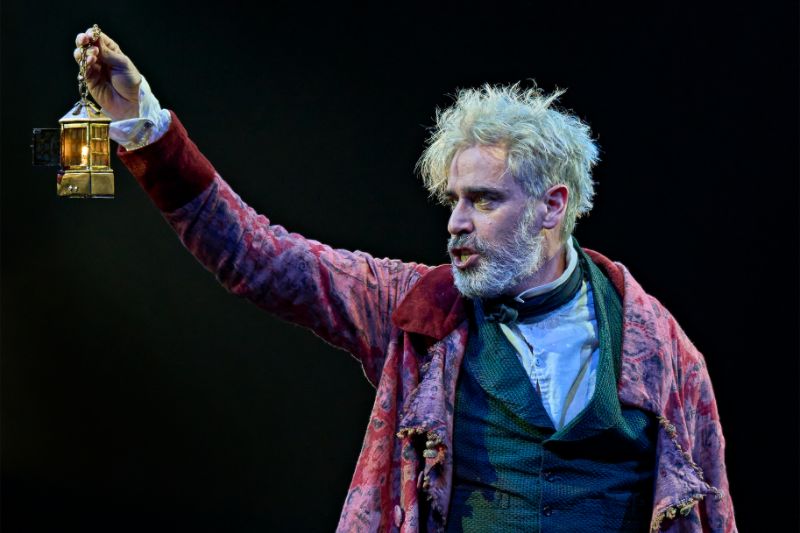 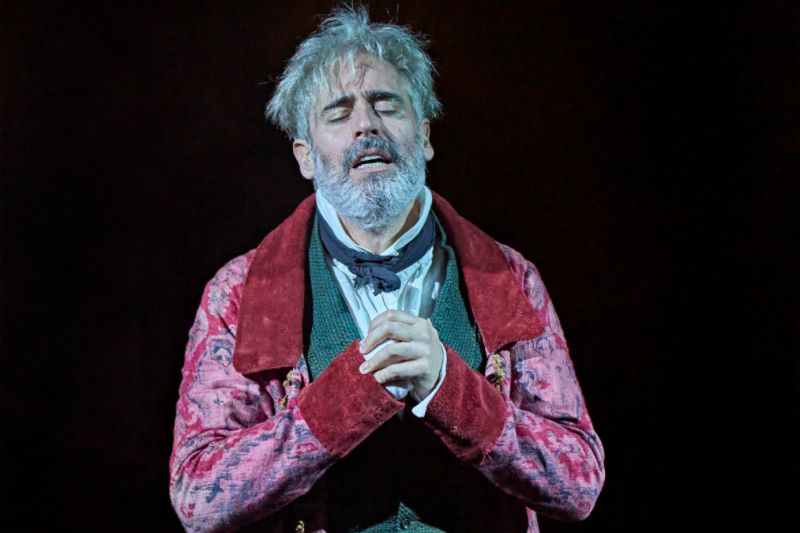 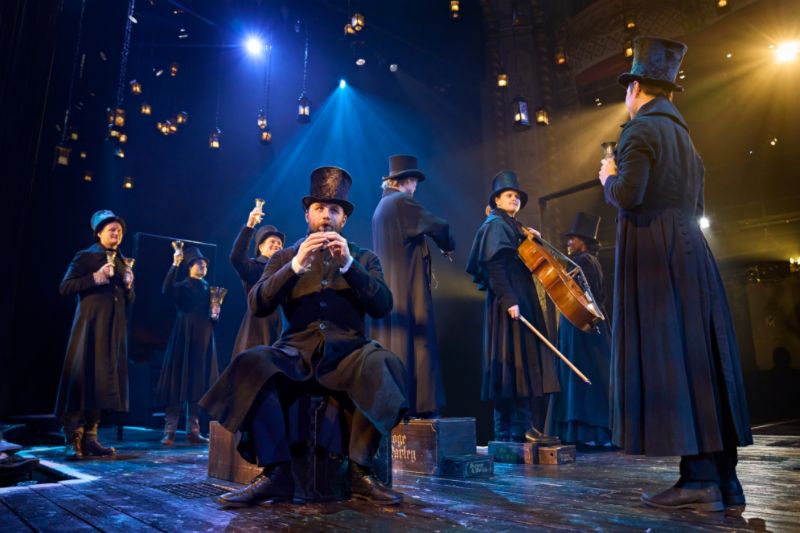 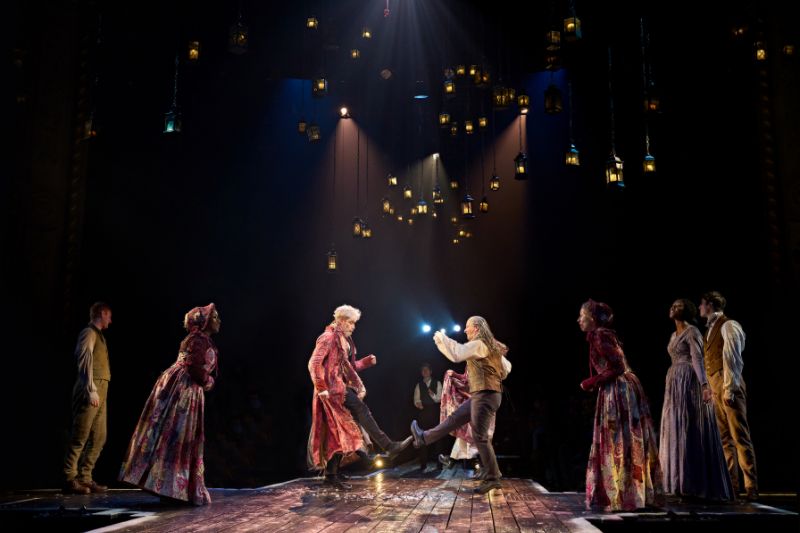 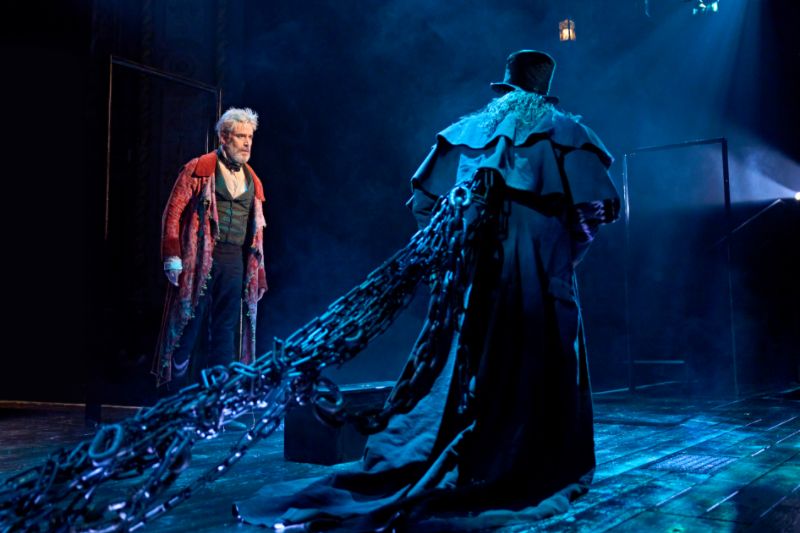 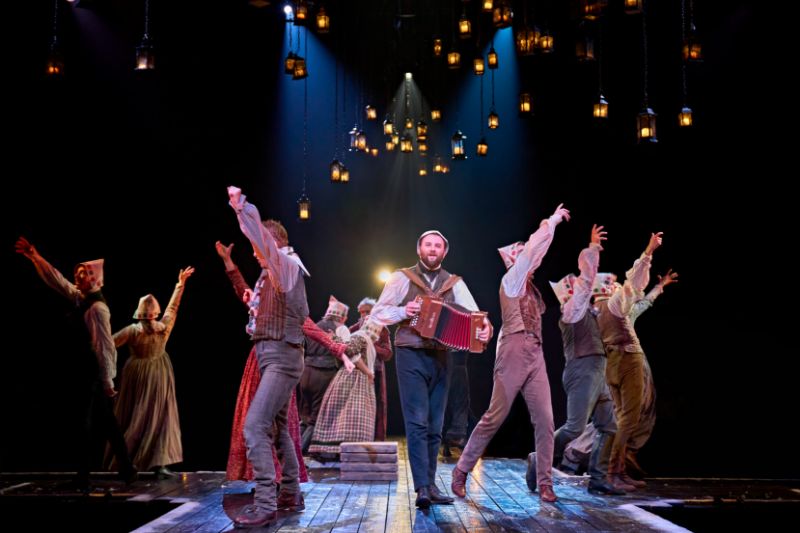