Home-WATCH: My thoughts on Mary Stuart, Oranges & Elephants and other #TimesUp shows 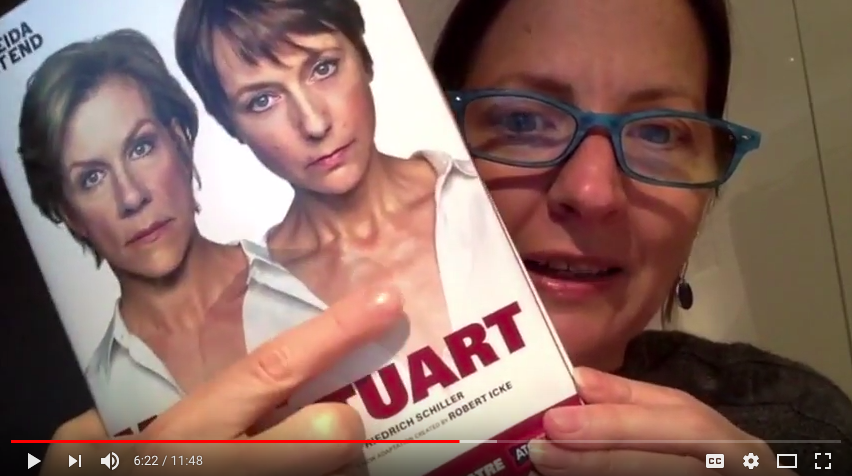 It’s natural that your reactions to shows are filtered through the prism of the current social and political climate. And savvy theatres, of course, seek to judge the mood and programme accordingly.

In the case of Harvey Weinstein, #MeToo, #TimesUp, the BBC pay gap furore and all related issues around sexual misconduct and gender inequality, I imagine we’ll see many more responses in the year to come. I don’t think the powers-that-be behind these five shows could have predicted when they were planning just how much they would tap into this fast-moving zeitgeist.

Or maybe it’s just me. Anyway, here are my thoughts (filmed on 27 January 2018) on: the first London revival in 15 years of Abi Morgan’s Tiny Dynamite ; Out of Joint’s headline-grabbing (for all the wrong reasons) 35th anniversary revival of Andrea Dunbar’s Rita, Sue and Bob Too; new all-female musical Oranges and Elephants, headlining Hoxton Hall’s Female Parts season; the Almeida’s West End transfer of Mary Stuart; and Anoushka Warden’s playwriting debut My Mum’s a Twat.

And here’s a little bonus video on Oranges and Elephants, in which I patently fail to offer you a singsong sample (but at least you’ll get a taste of the cheeky lyrics)…

… to warm you up, here’s a little taster. (Apologies, not actor-muso-singer myself, this is more like a poetry reading!)@OrangesElephant runs @HoxtonHall til 10 Feb: https://t.co/M5NPPRPIwv pic.twitter.com/aLXLABVc4y

Oranges and Elephants runs at Hoxton Hall until 10 February 2018.

Mary Stuart runs at the West End’s Duke of York’s Theatre until 31 March 2018.

Tiny Dynamite runs at the Old Red Lion Theatre until 3 February 2018. Time Productions’ next offering, After the Ball, is at Upstairs at the Gatehouse 7 to 24 March 2018.

Following the Royal Court Theatre, Rita, Sue and Bob Too tours to Huddersfield, Mold and Glasgow until 17 February 2018. My Mum’s a Twat finished its sell-out premiere season at the Royal Court Jerwood Theatre Upstairs on 20 January 2018.