Home-The power of the poetry in The Wild Party onstage 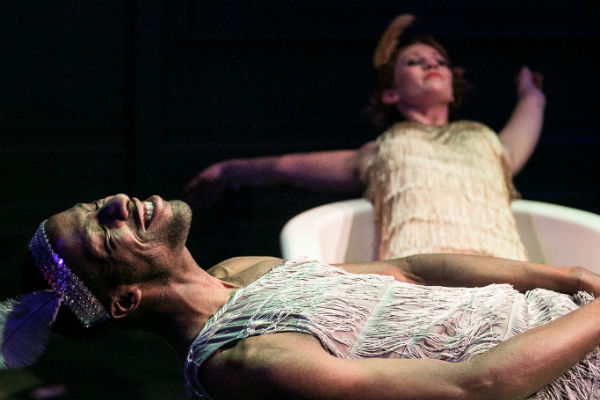 Stage shows based on Joseph Moncure March’s 1928 narrative poem The Wild Party are like buses. Ahead of next month’s much-anticipated UK premiere of the Michael John LaChiusa’s musical version, directed by Drew McOnie and starring Frances Ruffelle at the re-branded Other Palace (currently the St James Theatre), comes this month’s two-hander performance care of Mingled Yarn at the Hope Theatre.

Rafaella Marcus’ production is a play with music. Snippets of jazzified versions of modern pop hits, starting with Britney Spears’ Toxic, punctuate Anna Clarke and Joey Akubeze’s performance of the poem. The trick is how quickly you can recognise each song in this context – some translate better than others.

The Wild Party was originally banned on publication, presumably due to its depictions of sex, lust and general hedonism. And while those still provide plenty of sizzle, it’s the gritty detail that the poem brings to descriptions of the couple’s New York hovel and their eccentric friends that really struck me.

When I got home, I looked up The Wild Party online so I could reread the poem and savour the language more. I’ve collected some of my favourite passages below. You can read the poem in full here. 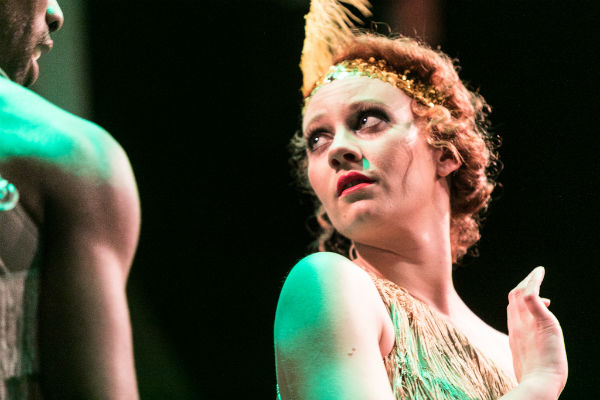 She never inquired
Of the men she desired
About their social status or wealth:
She was only concerned about their health.

And she liked her lovers violent, and vicious:
Queenie was sexually ambitious. 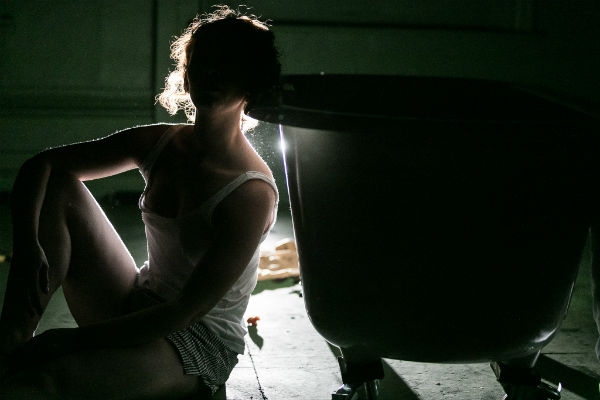 The Wild Party at The Hope Theatre

The bath was a horrible give-away.
The floor was dirty:
The towels were grey.

On the doorknob there hung a pair
Of limp stockings, and a brassiere
Too soiled to wear. 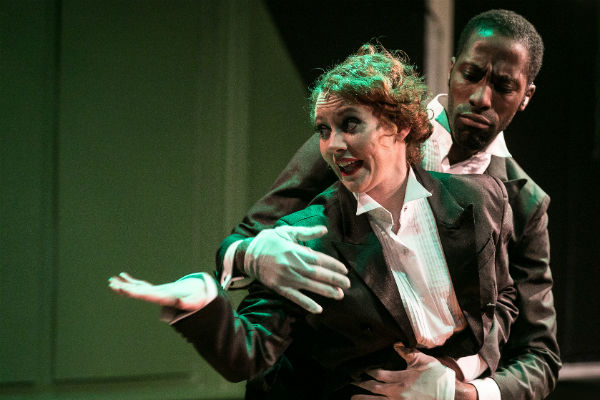 Anna Clarke and Joey Akubeze in The Wild Party

The gang was there when midnight came.
The studio was lit by candle-flame;
Dim: mysterious: shrouded.
Unbidden shadow-guests swarmed
About the room. They huddled crowded
In every corner; raised deformed
Ungainly shoulders, hideous, tall
Necks and heads against the wall.
Enormous blurred hands kept stealing
Spider-like, across the ceiling;
Crossing with sharp, prismatic masses
Of light from swaying spectre glasses. 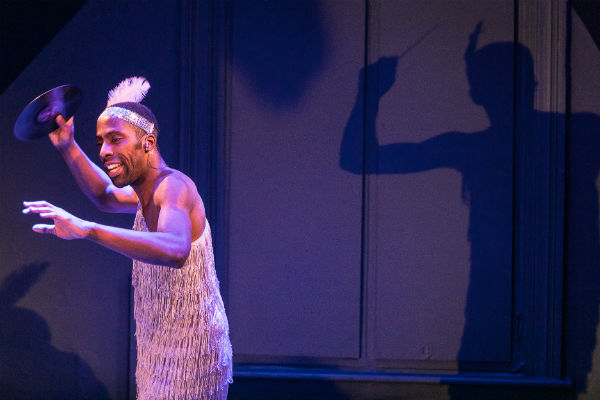 Joey Akubeze in The Wild Party

On their friends: Madelaine

Her body was marvellous:
A miracle had fused it:
The whole world had seen it—
And a good part had used it.

On their friends: Jackie

His hips were jaunty,
And his gestures too dextrous.
A versatile lad!
He was ambisextrous.

On their friends: Mae

[Eddie’s] woman at present was Mae.
She was blonde, and slender, and gay:
A passionate flirt,
So dumb that it hurt,
And better for night than for day. 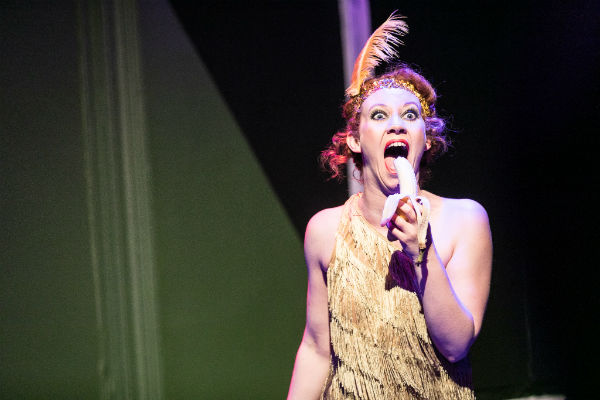 On their friends: Kate

She had wrecked more homes
With lust’s delight
Than most women could have
With dynamite.
She was cute,
Lecherous:
Lovable,
Treacherous:
And about as healthy as a cobra’s bite. 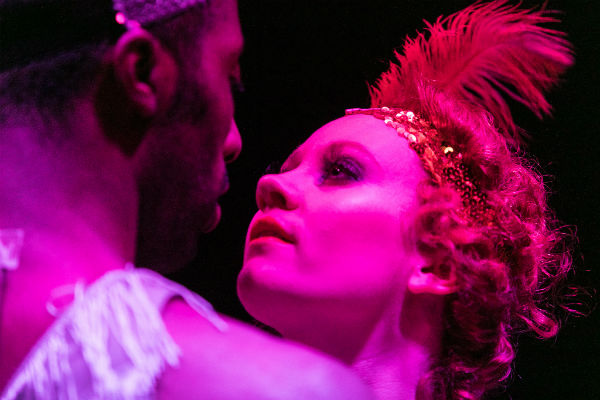 Joey Akubeze and Anna Clarke in The Wild Party

On a special kind of lust

Some love is fire: some love is rust:
But the fiercest, cleanest love is lust.
And their lust was tremendous. It had the feel
Of hammers clanging; and stone; and steel:
And torches of the savage, roaring kind
That ripped through iron, and strike men blind:
Of long trains crashing through caverns under
Grey trembling streets, like angry thunder:
Of engines throbbing; and hoarse steam spouting;
And feet tramping; and great crowds shouting.
A lust so savage, they could have wrenched
The flesh from bone, and not have blenched.