Home-New Songs 4 New Shows: Douglas Hodge is one to watch (not just for his acting) 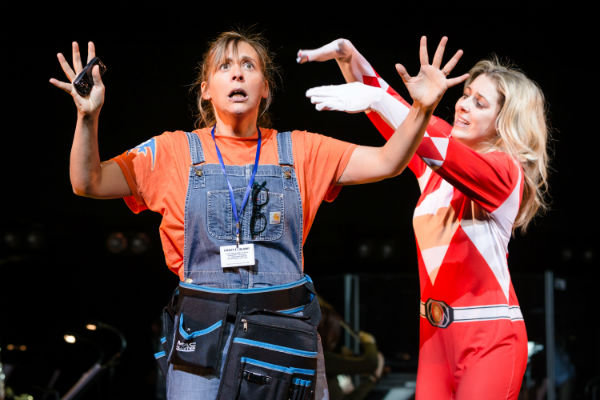 A new musical – especially one not based on a film and/or arrived from Broadway trailing Tony Awards – is always a risky proposition. One received way of establishing a level of recognition and excitement for a piece before it opens is to “get the music out there” first.

Technologically speaking, getting the music out there has never been easier. But even with the ease of digital distribution, achieving cut-through in our age of bombardment remains tricky.

The New Songs 4 New Shows concert, which took place this week, is one means of addressing the problem. It’s the brainchild of Neil Marcus and his company The Stable, which is developing a portfolio of new musicals, including the 4 (geddit?) on display here. Select the best music, perform it to the hilt with an orchestra and a Rolls Royce cast and put it on in the heart of the West End.

There are, of course, other events and organisations that showcase new work, including Perfect Pitch and From Page to Stage. But the scale and placement – smack dab in the middle of Shaftesbury Avenue – of The Stable’s concert was unique.

And the company’s collective efforts on Monday night at the Lyric Theatre were greeted by a full and enthusiastic house. Of the four New Shows excerpted, the one that most appealed to me personally in terms of its subject matter was Joan, Gwyneth Herbert and Mel Brimfield’s bio-musical about pioneering theatre director and Stratford East founder Joan Littlewood.

But the one that absolutely blew me away in performance was Wigmaker, which is billed as a “modern hairy fairy tale” about a beautiful wigmaker whose wigs come to life at night. The music and lyrics to this piece by Douglas Hodge – himself and Tony and Olivier Award-winning actor, whose musical credits include La Cage aux Folles and Charlie and the Chocolate Factory – are, in the words of the lady sat behind me who kept gasping them throughout Wigmaker’s selections, are “stunning, stunning”.

Had to grab a pic with @Dhodgem. Songs from his #Wigmaker are EXCEPTIONAL. Hope @stablemusicals stages it fully SOON. #NewSongs4NewShows pic.twitter.com/AQa9KPk40g

Hodge himself sang the pathos-ridden “Counting the Hairs” about a wig customer who’s dying, while Haydn Gwynne also moved with her rendition of “Women Go Grey”. In a varied score, there was also a hilarious number about a vain actor, “Bring the Conversation” (back to me, me, me), hilariously performed by Clive Carter, a ballad longingly sung by Niamh Perry, and a plucky ensemble piece in a magical lift (an idea lifted from Charlie?) called “Elevator Song”.

Wigmaker has a book by Bryony Lavery, who is a good bit for making the magical reality of the piece work and creating a story worthy of Hodge’s music. Incredibly, the pair only finished writing this past month – and Hodge told me after the show, he thinks the newer songs are even better than the ones performed. Which is saying a lot!

And speaking of other schemes supporting new musical writing, last week I attended a great Q&A hosted by Mercury Musical Developments and Musical Theatre Network, with Half a Sixpence book writer Julian Fellowes and song-writers Stiles & Drewe. Two more organisations you should watch and support.