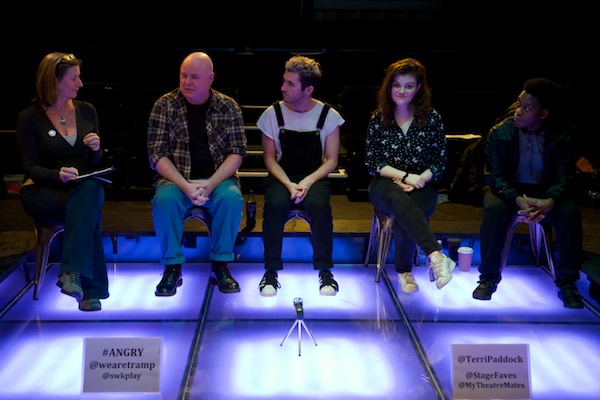 In November 2016, a week after the election of Donald Trump, I chaired a post-show Q&A at Philip Ridley’s Tonight with Donny Stixx. That one-man show, which follows a would-be magician who embarks on a shooting spree, captured so much of the rage I felt at the time (and still do).

And now we have this ‘new’ work ANGRY at Southwark Playhouse. In fact, the six monologues collected in the piece are part of upwards of 70 playlets (Ridley refers to as “vespers”) that he’s been writing on and off for decades, initially for he himself to perform when he was a student.

But, while not written as a response to our own dark times, like Tonight with Donny Stixx in the immediate aftermath of Trump and the European Referendum, ANGRY  acts like a “tuning fork to the world around it” (a quote from the Donny Q&A).

In the opening titular monologue, the character rants to we watchers in the darkness:

“I am really, really angry. I don’t think I’ve ever been this fucking angry. You don’t know what I’m capable of when I’m as angry as this. You’ve got no idea.”

On Wednesday 21 February 2018, at the first of three post-show Q&As to ANGRY, Ridley also articulated for me what I so often want to say to people who shrug their shoulders about Donald Trump’s latest assault on human decency.

At the end of our discussion (full podcast below), borrowing the line from ANGRY, I asked what the panellists what made them “really really angry”. Answers included “just about everything”, smoking in the street, “intentional ignorance”, talking in the cinema, the “shitgibbon in the White House”, train timetables and failure to recognise that Close Encounters of the Third Kind is the greatest film ever made. And then, on a more serious note, Ridley summed up my feelings and, based on the huge round of spontaneous applause, those of everyone else:

“It’s a very serious question in the times that we’re now living in. The most angry I get at the moment is with people who are not angry. That’s what we should all be thinking about. We’re going through something that could be very special in many different areas. And the only thing that’s going to motor that through is anger. It’s a time to mobilise that anger, aim it, direct it and not lose energy for it.”

Stay angry, stay outraged, act on it. My next ANGRY post-show Q&A is on Wednesday 28 February with director Max Lindsay and other members of the creative team. Then on Monday 5 March, I’ll reunite with Ridley, Lindsay and the actors again, after a performance of the alternative version of the collection. I hope to see you there. Details of the full post-show series here.

At the event on Wednesday 21 February 2018 for ANGRY, Philip Ridley, director Max Lindsay and the show’s two stars Georgie Henley and Tyrone Huntley took part in the Q&A. The wide-ranging discussion covered the history of the playlets, gender equity and neutrality (all six monologues are performed by each actor in two different versions), the actors’ double debuts (Georgie making her professional stage debut, Tyrone making his non-musical debut), directing techniques, writing tips and performing in the round.

At the second post-show event to ANGRY  at Southwark Playhouse on Wednesday 28 February 2018, despite Snowmageddon, we had a nearly full house brave the weather to see the show and most also stayed on to hear more about the casting and creative process of putting on the show.

I’m back at @swkplay tonight with director @maxlindsay for my 2nd #ANGRY post-show Q&A. Tune in @wearetramp from 9.30 for insights from Max, designer @JD_design & casting director. Any Qs? pic.twitter.com/r0b5NiKLyR

The discussion – with director Max Lindsay, casting director Jane Frisby and designer James Donnelly – included the risks and rewards of casting two actors making major debuts and the secrets of the lighting rig and creating a sunken bear pit in the space. And lots more homage to author Philip Ridley – we have some new fans here! Have a listen to the full, unedited podcast.

At the final event on Monday 5 March 2018 for ANGRY, I reunited with director Max Lindsay, Philip Ridley and the show’s two stars Georgie Henley and Tyrone Huntley. I was determined that we would cover new ground – and we did, ending with, rather than what makes us angry, what we can do to alleviate our anger. Have a listen!

The gallery below comprises pics from the series of ANGRY post-show Q&As at Southwark Playhouse. Event photography by Peter Jones. 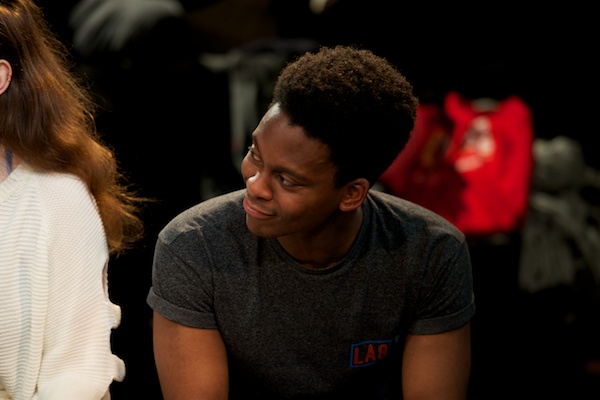 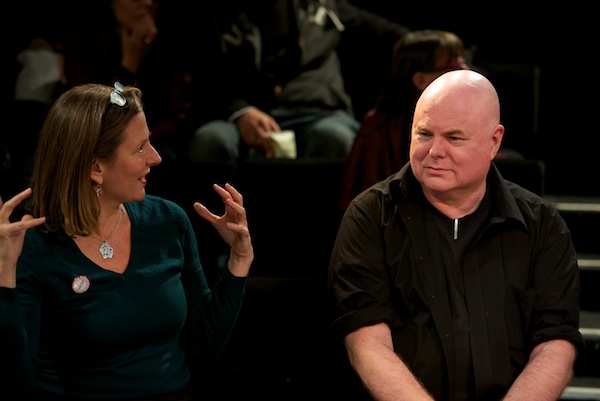 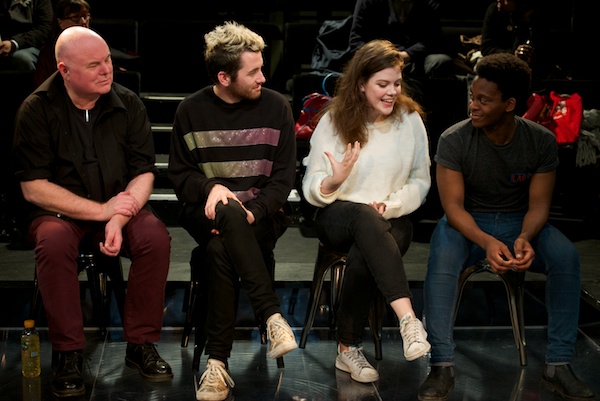 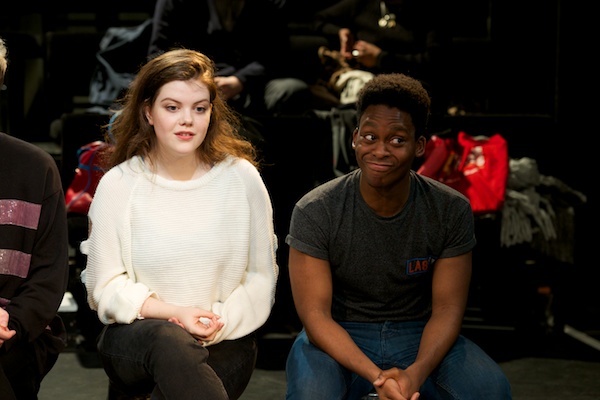 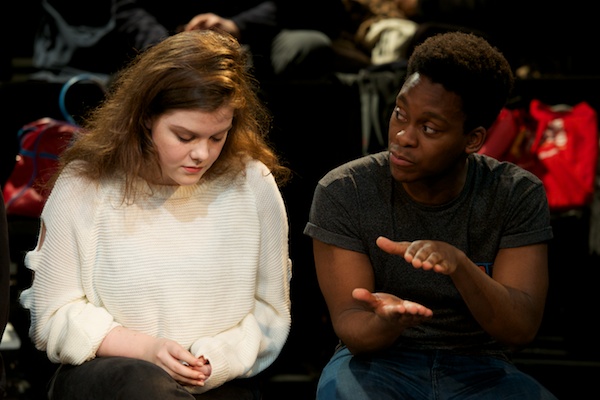 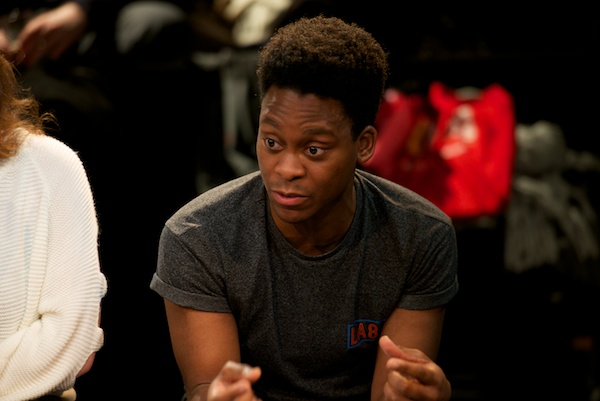 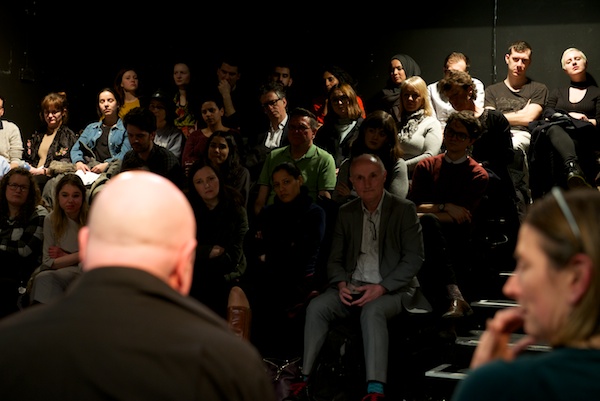 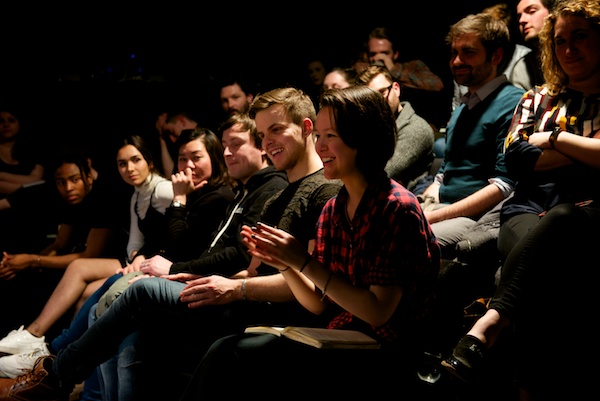 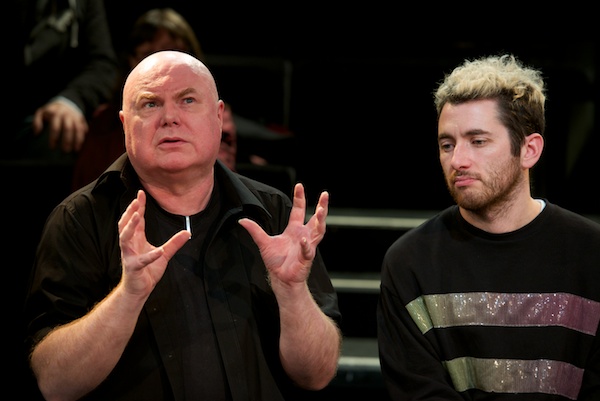 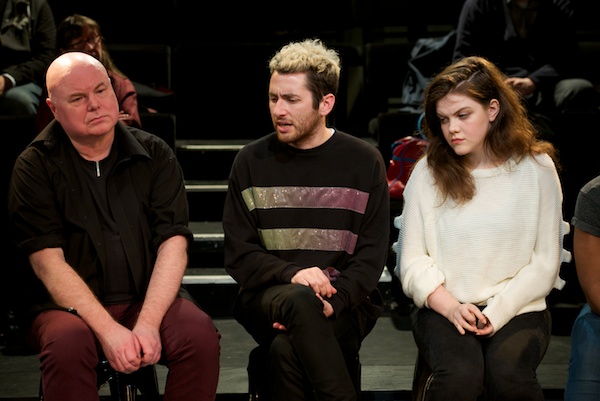 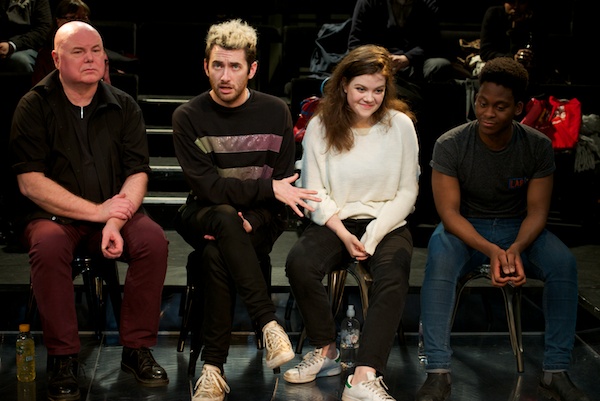 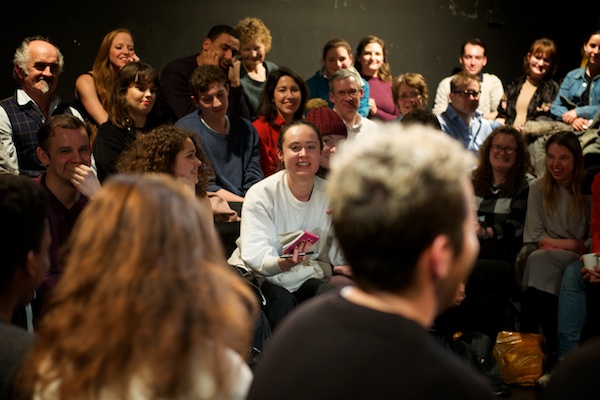