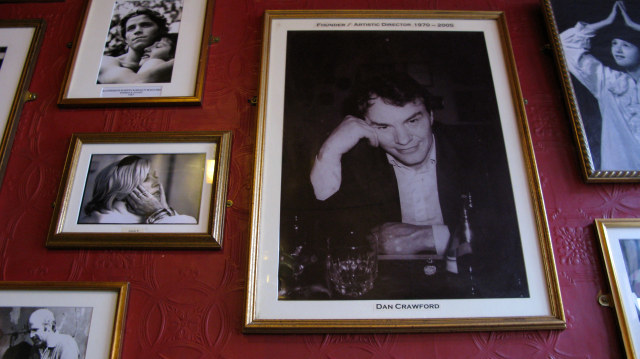 Dan Crawford features on the wall at the King’s Head. © Jonny Fielding

The King’s Head Theatre attracted widespread coverage this week for its announcement that it is moving out of the King’s Head pub on Upper Street in Islington, north London, its home for the past 47 years, and into a purpose-built, two-auditoria space in the new £400million Islington Square complex.

We covered the announcement – including quotes from artistic director Adam Spreadbury-Maher, who took over in 2010, and numerous supporters, from local MP Emily Thornberry to actors who’ve trod the King’s Head boards, such as Joanna Lumley and Mark Gatiss – on MyTheatreMates.

But reactions across social media weren’t universally positive. Some industry watchers lamented the loss of London’s first pub theatre in its original home and wondered whether the move to such a swanky new abode was in keeping with the spirit of King’s Head founder Dan Crawford, who opened the theatre in 1970 and passed away in 2005. 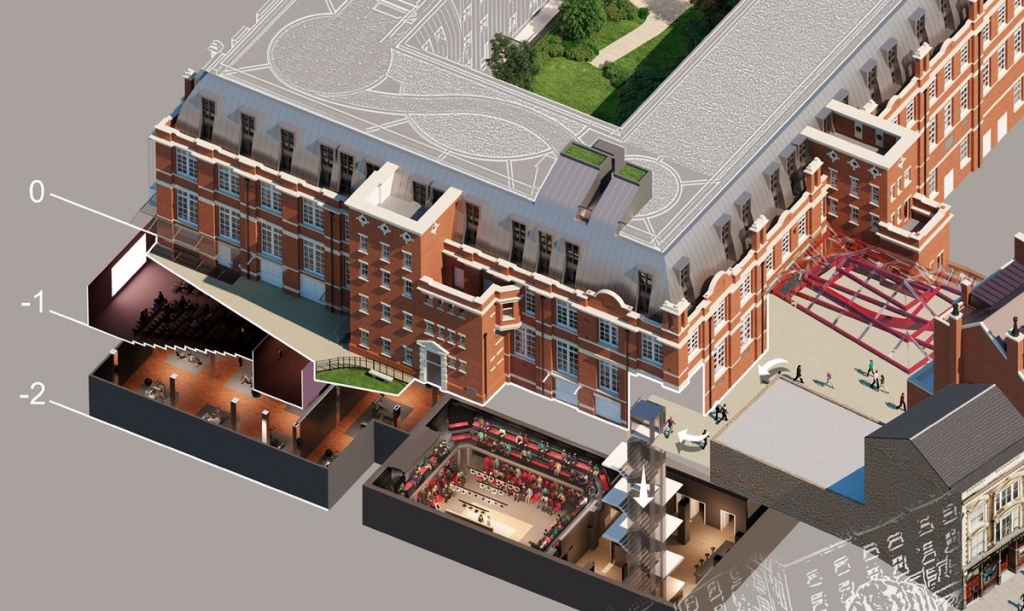 The theatre will move into its new home in 2018

The £2 million fundraising effort now under way to secure the final chunk needed for the King’s Head upgrade is certainly a far cry from the theatre’s origins. This Telegraph obituary tells how Crawford traipsed along Upper Street in search of a site and blagged his way into what was meant to be a short-term lease at the King’s Head pub, spending his last £15 renovating the space behind the Victorian bar himself: “It hadn’t been decorated since 1938, it had no clientele; even the winos had deserted it.”

So what would Dan Crawford himself think of this week’s developments? In response to some of the qualms expressed, Crawford’s widow Stephanie Sinclaire has been unequivocal – Dan would have applauded very loudly, as she herself is doing.

With Stephanie’s permission, I’m reprinting below an edited version of her Facebook posts in support of the new King’s Head initiative and artistic director Adam Spreadbury-Maher and his team.

Every permutation has been examined to keep the theatre there [in the pub]. The trouble is without government grants it comes down to economics. When Dan died, running the theatre for those years since the grant was cut in the 1990s, the theatre had run up £200,000 in debts – which was what all the galas were about after his death – and, thanks to the love of the theatrical community, it was saved once again. Eternal gratitude for that. But the theatrical community couldn’t be expected to endlessly save the space.

50% of the ground space doesn’t make money for whoever is running the now 170-year-old building and pub, even with the deep pockets of the current proprietors (who have put a fortune into the building). It’s been five years now, and I think they’ve figured this is as win-win as it’s going to get. They were part of making this arrangement work. It was a massive effort to ensure the King’s Head went to someone who would permanently maintain the theatre. I think this is a good solution. It can become self-sustainable…

This move has been 20 years in the making with Dan and I having many talks with this developer. I doubt very few people have any idea how hard it is and has been keeping the King’s Head alive with no grant. I almost went the way of Dan trying to keep it all going and had to leave because I became very ill. 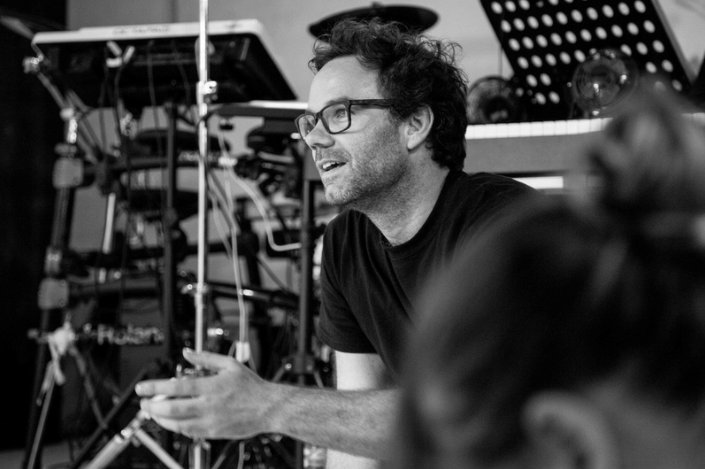 Adam was able to reconfigure it to make it work and it did need to be totally rethought. I truly feel that, without Adam, there would be no King’s Head. Other artistic directors had an opportunity to take it over before Adam won the award that brought him to my attention, but no one could deal with zero $.

I feel Adam and the place will finally be able to spread wings. That precious back room has been a huge challenge for some time, and modern audiences are less willing to have to see a chiropractor after a show than they once were.

For me, the King’s Head is not about bricks and mortar. It’s a Spirit. The powers that be destroyed Dan, but they didn’t kill this Spirit. He should have been receiving a knighthood for services to British theatre. Instead, he got our tiny grant smacked away for spurious reasons. I am completely convinced the shock and heartbreak of that led to his death. Great spirits invoke the wrath of mediocre minds.

I am so grateful the King’s Head has survived into its 47th year and is still alive and has a chance to really thrive in a larger theatre that could become self-sustainable. The economics were impossible in a small venue. Dan and I were hoping for this move – it’s been a long time coming and there’s still much to do.

I hope the London theatre world knows the Spirit of the King’s Head is alive and well and you are and will always be part of the King’s Head as are countless other people who have appeared on that stage, helped create the shows, produced, directed, written and so on. It’s a spirit of risk, adventure, innovation, inspiration, inclusion, authenticity, honesty, exploration and making magic on a shoestring.

Let’s all get behind Adam. The King’s Head Spirit belongs to all of us but he has a huge task ahead. Let’s support this move and support the Spirit of the King’s Head and Adam and the memory of what a truly great Spirit created for all of us. Bless, Dan Crawford.