What’s the message of World Theatre Day? And why don’t the English celebrate it?

Home-What’s the message of World Theatre Day? And why don’t the English celebrate it?

What’s the message of World Theatre Day? And why don’t the English celebrate it? 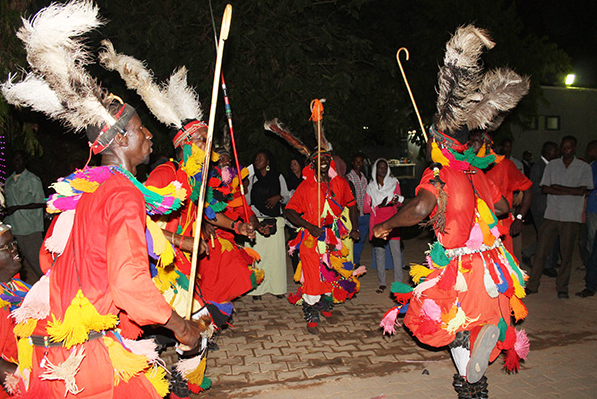 The inaugural #LoveTheatre day back in November caused quite a stir. Theatre – and more specifically #lovetheatre – was trending up and down the country.

Now, here we are today, the 54th annual World Theatre Day (or, like with like, #WorldTheatreDay) and you’d hardly know it. More than five decades in, you’d think that World Theatre Day would be a big thing, right? Properly established. But, at least on these shores, it’s fair to say the PR job has stalled – or at the very least, the folks at the International Theatre Institute (ITI) haven’t got to grips very well with social media.

Or maybe it’s because the ITI is based in Paris, and they often have European (by which I mean continental European) theatre titans as their annual ambassadors, and that makes folks from the land of Shakespeare’s birth turn up their noses? Are we theatrical snobs in the UK? In London? Yes, we probably are.

From what I can see on the World Theatre Day international map of events, there’s nothing of official significance happening here in the UK today. We are lagging behind swathes of Africa and quite a lot happening in Italy.

So, in my small way, I’m going to declare myself London’s official celebrant (coffee mugs are being clinked right – now! – in SE1) of World Theatre Day by sharing with you details of the day and, most importantly, this year’s full World Theatre Day message. Which is really quite good.

What is World Theatre Day?

The International Theatre Institute, an NGO in formal associate relations with UNESCO, was officially inaugurated during the meeting of its first World Congress in Prague in 1948, organised on the initiative of UNESCO and a group of international theatre experts. 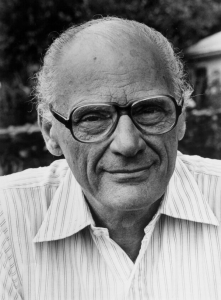 One of the most important of these is the circulation of the World Theatre Day International Message through which, at the invitation of ITI, a figure of world stature shares his or her reflections on the theme of “Theatre and a Culture of Peace”.

This year, the messenger is Krzysztof Warlikowski, the Polish theatremaker and artistic director of Warsaw’s Nowy Teatr.

The International Message is translated into more than 20 languages. The full English language version, translated by Philip Boehm, is below.

The true masters of theatre are most easily found far from the stage. And they generally have no interest in theatre as a machine for replicating conventions and reproducing clichés. They search out the pulsing source, the living currents that tend to bypass performances halls and the throngs of people bent on copying some world or another.

We copy, instead of create, worlds that are focused or even reliant on debate with an audience, on emotions that swell below the surface. And actually there is nothing that can reveal hidden passions better than the theatre.

Most often I turn to prose for guidance. Day in and day out, I find myself thinking about writers who, nearly one hundred years ago, described prophetically but also restrainedly the decline of the European gods, the twilight that plunged our civilization into a darkness that has yet to be illumined. I am thinking of Franz Kafka, Thomas Mann and Marcel Proust. Today, I would also count John Maxwell Coetzee among that group of prophets.

Their common sense of the inevitable end of the world – not of the planet but of the model of human relations – and of social order and upheaval, is poignantly current for us here and now. For us who live after the end of the world. Who live in the face of crimes and conflicts that daily flare in new places faster even than the ubiquitous media can keep up.

These fires quickly grow boring and vanish from the press reports, never to return. And we feel helpless, horrified and hemmed in. We are no longer able to build towers, and the walls we stubbornly construct do not protect us from anything – on the contrary, they themselves demand protection and care that consumes a great part of our life energy.

We no longer have the strength to try and glimpse what lies beyond the gate, behind the wall. And that’s exactly why theatre should exist and where it should seek its strength: to peek inside where looking is forbidden.

“The legend seeks to explain what cannot be explained. Because it is grounded in truth, it must end in the inexplicable” – this is how Kafka described the transformation of the Prometheus legend.

I feel strongly that the same words should describe the theatre. And it is that kind of theatre, one which is grounded in truth and which finds its end in the explicable that I wish for all its workers, those on the stage and those in the audience, and I wish that with all my heart.