Why are strong women – and witches – so scary?

Home-Why are strong women – and witches – so scary?

Why are strong women – and witches – so scary? 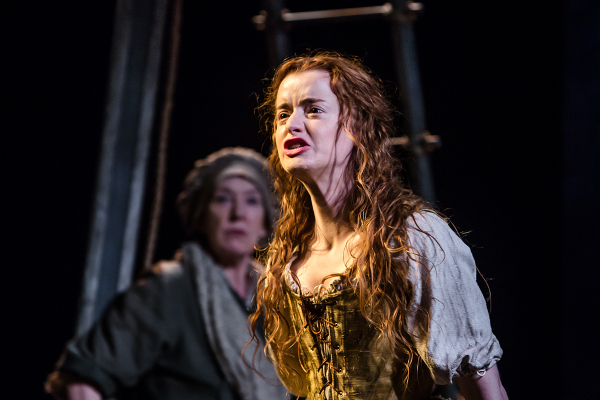 Tonight should have been the night that Rebecca Lenkiewicz’s new Out of Joint play Jane Wenham: The Witch of Walkern, inspired by the last woman in England to be charged with witchcraft in the 18th century, visited the Ipswich High School for Girls as part of its rural touring in East Anglia and Essex.

Unfortunately, with less than a fortnight’s notice, the powers-that-be at the school cancelled the performance, deeming it “inappropriate” material for young women.

I’d hoped that, through the powers of Twitter, those of us outraged by the school’s decision might be able to secure a replacement. So, I’m sorry to report, that due to the timing and geography of the tour, another suitable school was not found.

So tonight the cast have a night off. However, the production’s tour continues. After its stops at schools, village halls and community centres, Out of Joint takes Jane Wenham to Leeds’ West Yorkshire Playhouse (21-24 October), Liverpool Everyman (27-31 October), Bristol Tobacco Factory (3-7 November) and Salisbury Playhouse (10-14 November), before transferring to London’s Arcola Theatre in the new year (5-30 January).

Please join me in helping to counteract the efforts of the censors and making sure that you see – and spread the word about – Jane Wenham: The Witch of Walkern. In the meantime, here’s a reminder how the story played out, and echoed related stories about strong women and censorship, earlier this month.

Why are women so scary?