Where will you be on election night? I Vote for the Donmar

Home-Where will you be on election night? I Vote for the Donmar

Where will you be on election night? I Vote for the Donmar 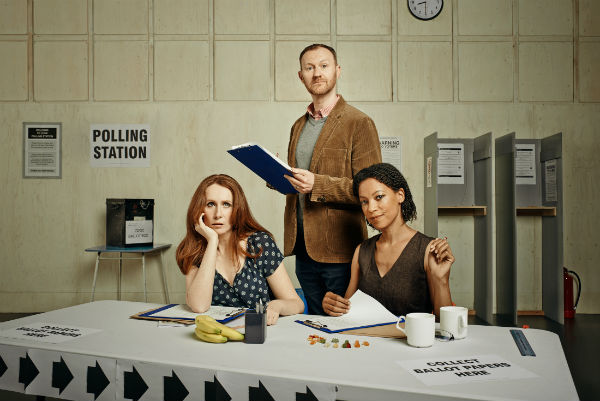 Catherine Tate, Mark Gatiss and Nina Sosanya are part of stellar ensemble for The Vote, care of the Donmar and Channel 4

For the last General Election, on 6 May 2010, I went to a party at the Paramount Club at the top of Centrepoint. All night we waited up, for no dramatic climax, no result.

This time round, I can’t imagine that any self-respecting, remotely politically minded, theatre lover will want to be anywhere but crammed into the 250-seat Donmar Warehouse (if they’re very lucky) or glued to Channel 4. And, even if there is another hung Parliament (geez, let’s pray not), we’ll be guaranteed some great, thought-provoking drama.

The Vote, the latest collaboration between the brilliant young playwright James Graham (This House, Privacy) and Donmar Warehouse artistic director Josie Rourke, is one of those ground-breaking, once-in-a-lifetime events. And not just a theatrical event: a first for both theatre and television.

Graham’s play is set in a fictional polling station, where the votes are rolling in and the volunteers include a range of quirky but dedicated characters. The Donmar has teamed up with Channel 4 and, on the night of the election (Thursday 7 May 2015 – just in case it’s not already circle in red on your calendar), will be broadcasting live from this fictional polling station, while the real results come in from thousands of other stations around the country. 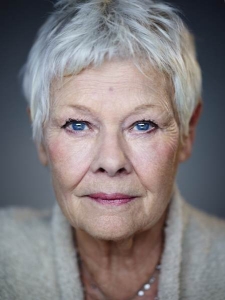 Every announcement about The Vote just gets me a little more excited. Today’s, revealing “initial” casting is tantalising. Amongst the company are Dame Judi Dench, returning to the Donmar stage for the first time in nearly 40 years, alongside her daughter Finty Williams; husband and wife Rosalie Craig and Hadley Fraser (just seen in Rourke’s City of Angels at the Donmar); the multi-talented Mark Gatiss and Catherine Tate; Tony Award nominee Paul Chahidi; comedian Jackie Clune; musical diva Madalena Alberto; plus Nina Sosanya, Timothy West, Bill Paterson and on and on. (Scroll down for full details.) And remember, that’s “initial” casting. Wow.

Here’s what Josie Rourke herself has to say about the project of The Vote, said:

“Broadcast live to the nation on the night of the General Election, this is a unique opportunity for the Donmar to make a small theatre feel very big. Some of the nation’s greatest actors are coming together this election night to give theatre a seat at the table of a national event. Everyone involved is approaching this experiment with a sense of adventure. To work with a playwright and company of this calibre and significance on such a bold project is a dream come true.

“When James Graham and I collaborated on Privacy, we were attempting something no one had tried before. This is our next step in pushing the boundaries of how theatre speaks to audiences in a brave, new and popular language about the times in which we live.

“This huge acting company will be portraying a ninety minute slice of our nation as it goes to the polls. The scale and scope of this incredible company of actors is going to make this a very special event. This is the first time Judi Dench has been back on the Donmar stage since 1976. To have her at the heart of this incredible company of actors makes this great event a total joy.”

“Lots of channels make programmes about artists, but at Channel 4 we try to give artists the chance to make programmes about us. The Vote is a major step forward in that long tradition.  Josie told me when we first began talking about it we’d have a wonderful cast, but I’m still delighted and more than a little star-struck by the list.  I’m hugely grateful to them for joining forces with her to realise James’ brilliant script, and to Twofour for bringing it to the screen in such an innovative way.”

I seriously cannot wait. Now, if only we could rig The Vote to ensure the Tories don’t get back in…

Just to ensure you have the full picture on this event, I have included the Donmar’s full press release below.

THE DONMAR IN PARTNERSHIP WITH CHANNEL 4 ANNOUNCES

–          SET IN A FICTIONAL LONDON POLLING STATION, THE VOTE DRAMATISES THE FINAL NINETY MINUTES BEFORE THE POLLS CLOSE IN THIS YEAR’S GENERAL ELECTION. ON THAT EXACT DAY, MAY 7, AT THAT PRECISE TIME 8.30 – 10PM, THE PLAY WILL BE BROADCAST LIVE ON MORE4 FROM THE DONMAR STAGE.

–          THERE WILL BE TWO WEEKS OF PERFORMANCES AT THE DONMAR IN THE RUN-UP TO THE LIVE BROADCAST ON MAY 7. ALL OF THESE TICKETS WILL BE AVAILABLE THROUGH A BALLOT. THE BALLOT OPENS 10AM ON MONDAY 30 MARCH 2015

The Donmar Warehouse in partnership with Channel 4

A play for theatre and television by James Graham

Following their celebrated collaboration on Privacy, writer James Graham and Donmar Warehouse Artistic Director Josie Rourke will reunite for The Vote, a drama and unique television event set in a fictional polling station, during the final ninety minutes of voting on election day.

The Vote will be an unprecedented national television event, broadcast on More4 at the precise time in which the drama is set, and deploying cutting-edge fixed rig technology (as used on popular Channel 4 series Educating Yorkshire, 24 Hours in A&E and One Born Every Minute) to capture theatre performance for the very first time. Set in a fictional London Polling Station on Thursday 7th May 2015 in the final ninety minutes before the polls close, The Vote will be beamed directly into living rooms around the UK at that precise time 8:30-10pm live from the Donmar Stage. Channel 4 has commissioned Twofour – the award-winning factual, features and entertainment producers behind Educating Yorkshire – to produce the broadcast.

The Vote looks at what happens in Britain on election night through the eyes of those at the polling station.  Every five years we assert our right as citizens to uphold or replace our government – but, characteristically, we do it in the most unremarkable and understated of ways –at local parish churches, primary schools and community centres across the country. Set in a fictional polling station, James Graham’s new play shines a light on the diverse, diligent and often hilarious individuals who turn these unglamorous settings into places where history is made.

There will be two weeks of performances at the Donmar (Friday 24 April – Wednesday 6 May) in the run-up to the live broadcast. All of these tickets will be made available through a ballot, which opens on Monday 30 March at 10am via www.donmarwarehouse.com.

Josie Rourke (Director) is Artistic Director of the Donmar Warehouse. At the Donmar she has directed The Recruiting Officer, The Physicists, Berenice, The Weir (which transferred to Wyndham’s Theatre), Coriolanus (which was broadcast to cinemas around the world in partnership with National Theatre Live), James Graham’s play Privacy, and the Olivier Award nominated production of City of Angels. In 2013 she directed The Machine, a new play by Matt Charman, as part of the Manchester International Festival, which also played at Park Avenue Armory, New York. Rourke trained at the Donmar, under Sam Mendes, through the theatre’s annual Resident Assistant Director Scheme. Prior to the Donmar, she was Artistic Director at the Bush Theatre, London, from 2007, leaving in 2011 having opened the new Bush Theatre and won Theatre of the Year. Her 2010 production of Men Should Weep by Ena Lamont Stewart ran in the Lyttelton at the National Theatre. In 2011 her production of Much Ado About Nothing, starring David Tennant and Catherine Tate, ran in the West End at Wyndham’s Theatre and received an Olivier Award nomination for Best Revival. 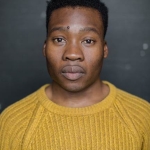 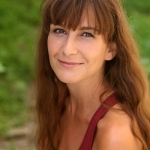 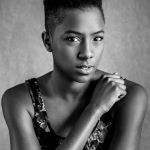 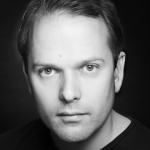 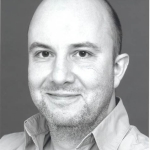 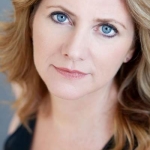 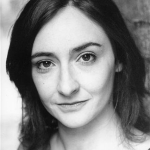 Theatre includes: Cornelius (NY); The Dark Earth & The Light Sky, The House of Bernada Alba (Almeida); After The Dance, Every Good Boy Deserves Favour (NT); If There Is I Haven’t Found It Yet (Bush).
Film includes: Lady in the Van; I Give It A Year; A Bunch of Amateurs; Run, Fat Boy, Run.
Television includes: The Hollow Crown; Mr Selfridge; Titanic; Life Begins; NY-Lon 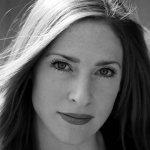 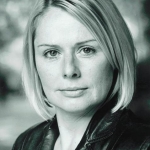 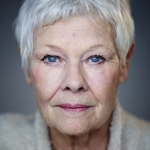 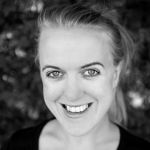 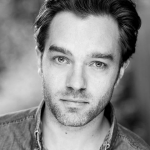 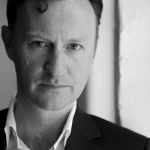 For the Donmar: Coriolanus; The Recruiting Officer.
Theatre includes: 55 Days (Hampstead); Season’s Greetings (NT); All About My Mother (Old Vic).
Film includes: Our Kind of Traitor; Frankenstein; Match Point; The League Of Gentlemen’s Apocalypse; The Hitchhiker’s Guide to the Galaxy; Shaun of the Dead.
Television includes: Mapp and Lucia; Wolf Hall; Sherlock; Game of Thrones. 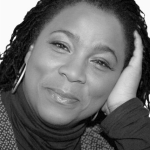 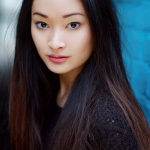 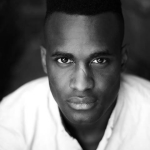 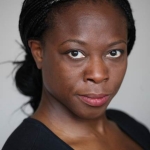 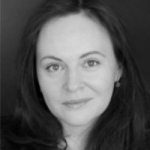 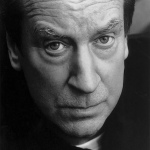 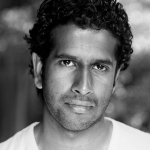 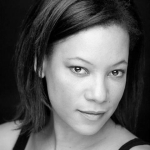 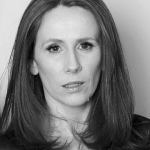 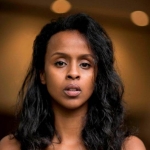 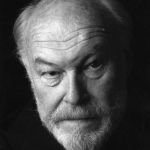 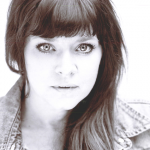