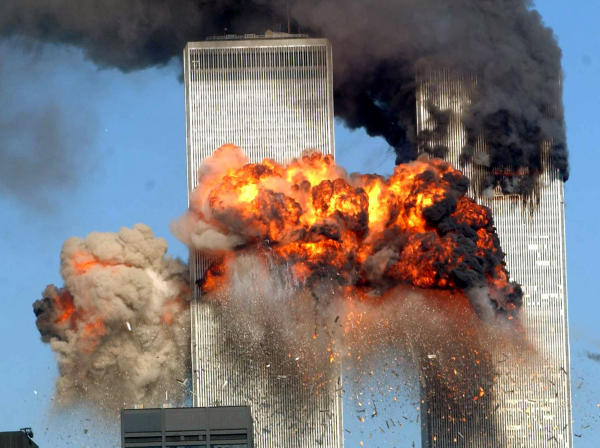 What were you doing on 9/11? And, if you were in London, on 7/7? I thought about this recently when watching Stuart Slade’s excellent new play BU21, which this weekend completes its West End run at Trafalgar Studios 2 after last year’s premiere at Theatre503.

The play centres on a group of Londoners who were survivors (or possibly not in one case) of a contemporary terrorist attack in which a plane bound for Heathrow is shot down.

One of the play’s characters explains why he wasn’t immediately affected at the time by those earlier atrocities: he was only six on 9/11.

“I was only like 6 or something when September 11th happened – and I literally had no idea what country New York was in.”

I was 32 and – in the way that earlier generations can recall exactly where they were when John F Kennedy was assassinated – I remember with crystal-clear memory what I was doing. I was in my office at WhatsOnStage in the middle of a three-way radio interview to discuss an online playwriting project that we were conducting with Soho Theatre – incredibly, one in which the audience had conjured a terror attack on a train in London.

The playwright and I were put on hold before the interview and heard a first mention about some kind of light aircraft accident in New York. Our interview was subsequently interrupted with more breaking news. When I put the phone down, I said to my staff, something’s happening in New York. We turned on the TV in the office to watch the second plane flying into the second tower.

To my enduring shame, I wasn’t as horrified by this sight as I was a short while later when the third plane crashed into the Pentagon. The Pentagon where my mother worked as a civil servant. The rest of my day was spent, like so many others’, by frantically trying to reach my mother and other family members in the US.

I am crying as I write this. 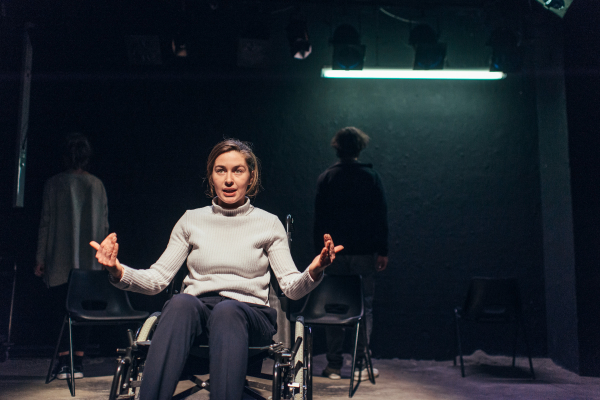 A scene from BU21

On 7/7, I was on the Piccadilly Line coming in from my boyfriend’s flat in north London to the West End to work that morning. The line was crowded and slow so, exasperated, I switched to the Victoria Line at Finsbury Park. By the time I got off the Tube at Oxford Circus, the Tube was shutting down because of ‘technical faults’. I called my boyfriend, who started work later, to tell him to avoid the Tube; he said he was already on a bus. And then came the news of the bus attack…

If you lived through these things, you will know have your own detailed memories – and, like me, you will probably remember the feeling of the aftermaths: that the world would never, could never, be the same again.

Stuart Slade’s play takes this further to consider not just how terrorist atrocities affect the likes of us, but how it affects the real people behind the headlines.

In a piece Stuart wrote for my site MyTheatreMates, he asserts that this isn’t just rubber-necking, a kind of theatrical voyeurism, but rather, perhaps, a kind of therapy. He wrote: “Perhaps witnessing suffering on the stage and on the news has, essentially, the same psychological purpose – you’re rehearsing – you’re training yourself to cope in the event of traumatic stuff happening in your own life.”

The play certainly brought back all these memories of my own, however indirect, connections to these previous attacks. (And it’s been painful, but somehow cathartic, to write about them.)

It’s a great and important play. I hope it gets a further life beyond this run.