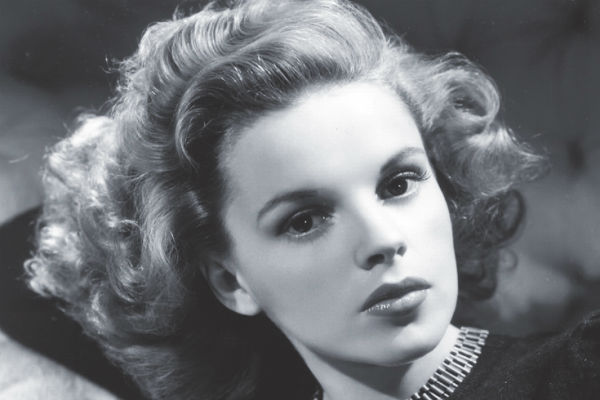 Take your pick of Judy Garlands.

On the London stage this week alone, you’ve got a choice of three – Helen Sheals, Belinda Wollaston and Lucy Penrose – in Ray Rackham’s brilliant new play with music Through the Mill.

In the new year, Peter Quilter’s Olivier and Tony-nominated End of the Rainbow returns, with Lisa Maxwell (from TV’s The Bill and Loose Women) following in the garlanded Garland footsteps of Caroline O’Connor (who originated the role in Australia in 2005 and reprised it in Edinburgh a year later) and Tracie Bennett (who gave her career-defining performance as Judy in the West End in 2010 and on Broadway in 2012).

And this past summer, Garland’s own daughter, Lorna Luft, brought her mother to life in a concert tour of Judy: The Judy Garland Songbook, The Life and Music of a Hollywood Legend, directed by Arlene Phillips.

Legend is a word used often in reference to Judy Garland.

Frank Sinatra, who himself is no stranger to the label, said: “The rest of us will be forgotten – never Judy”. But it wasn’t just her legendary talent – and iconic, signature songs like “Get Happy”, “The Trolley Song” and, of course, “Over the Rainbow” from her landmark film The Wizard of Oz, made when she was just 16 – that makes her such a legendary character.

“A woman who had made twelve prolific movie appearances as a teenager, had three children, five husbands, and had suffered three nervous breakdowns by the time she was 23. A woman who was robbed of her childhood and yet seemed to symbolise the youth and innocence of both the American Dream and of children everywhere, as soon as she sung about that land over the rainbow. A woman who lived, loved and died almost always in the public eye. A woman who could be joyously riding the crest of a wave of artistic, commercial and critical triumph one minute, and the best be being booed off stage for flubbing a lyric, or keeping an audience waiting for hours, just to hear her sing.”

Read more about Ray’s approach to dramatising three key turning points in Garland’s life (in the 1930s, 1951 and 1963) in Through the Mill on My Theatre Mates.

Through the Mill continues its limited season at London Theatre Workshop until 19 December 2015, with hopes for further dates in 2016. End of the Rainbow – set shortly before Garland died, at the age of 47, in London in 1969 – launches a four-month UK tour on 12 February 2016 from the Mercury Theatre, Colchester. It’s directed by Daniel Buckroyd, and co-stars Gary Wilmot and Sam Attwater.