What I learned today: London has two St Paul’s Cathedrals

What I learned today: London has two St Paul’s Cathedrals 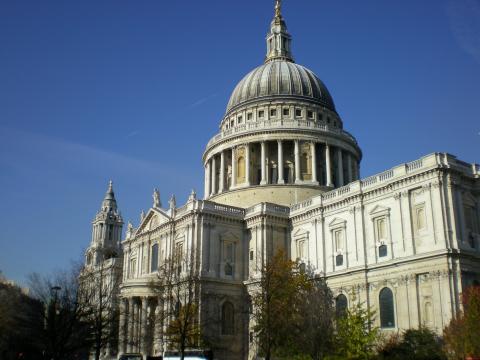 Do you know where to find Christopher Wren’s imitator?

I’ve lived in London for more than 20 years and there are still whole areas I’ve never heard of, let alone been to. Once you factor in the sheer magnitude of things I don’t know about London, both past and present, well, that would be a world wide web of blogs on its own.

I won’t attempt to catalogue them all here, but will throw some quirky ones in every once in awhile. I just love that this city can constantly surprise and delight me – still – and that’s worth sharing and celebrating. 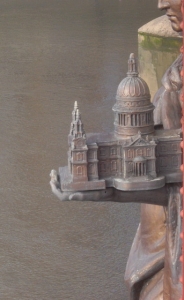 So here’s a great London did-you-know for today’s learning: Did you know that there are two St Paul’s cathedrals? Sir Christopher Wren’s original (which took 45 years to build, by the by, from 1675-1720, says Wikipedia) is pretty hard to miss, and it has its own Tube stop, so I’ll assume you know how to get there.

The other St Paul’s is further west down the Thames and actually over the river. It’s a miniature held by one of the eight female sculptures decorating Vauxhall Bridge, four on each side. The bronze statues, designed by Frederick Pomeroy and Alfred Drury and dating from 1909, represent the Arts and Sciences; this lovely lady is getting to grips with Architecture. 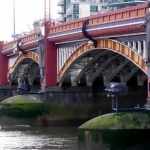 You can only see the second St Paul’s and its mistress from a passing boat on the river or if you lean over the walkway on Vauxhall Bridge. Lean carefully: the statues are tucked into alcoves.

This London nugget came to me care of the Evening Standard’s new television channel, London Live, launched this week, and its documentary about a black cab driver studying The Knowledge. This was his favourite London discovery – and it now ranks right up there on my list too.