What fair-minded people need to know about… Trump’s America

What fair-minded people need to know about… Trump’s America 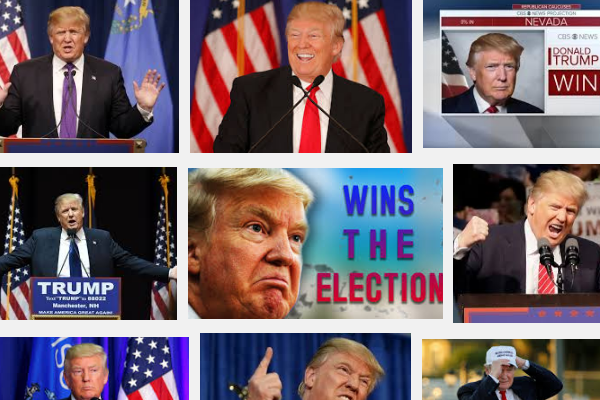 Don’t stop being outraged by ‘The Donald’

In the days before this year’s US presidential election, Donald Trump predicted that the result would be “Brexit-plus-plus-plus”.  For me personally, “Brexit-plus-plus-plus” is a fair description of my personal reaction to the news: as an American who has lived in London most of her adult life, someone who has dual nationality, someone who campaigned hard in the UK for Remain, someone who vocally supported Hillary Clinton, someone who has many family members who voted for Donald Trump, someone who is devastated to learn that not just 47% of the US electorate but so many people she loves hold not just different political views (I’ve always known that) but a totally different of the world and what makes us decent.

“Nothing is more important to a democracy than a well-informed electorate.”

I’ve been consuming news coverage even more voraciously than normal in the aftermath and trying to figure out how best for me personally to contribute to the fightback for liberal values – openness, tolerance, equality – and responsible politics. A few things keep bouncing around my head. One: “Nothing is more important to a democracy than a well-informed electorate.” (I stole that from Aaron Sorkin’s The Newsroom, which I’ve been binge-watching since Tuesday.) And two, a sentiment taken from historian Simon Schama and others: Now that the unthinkable has happened, don’t let the media, the politicians or anyone else normalise this. Don’t stop being outraged by what’s already happened and by what will keep happening. Don’t become complacent.

Normalisation and complacency has already crept in here in the UK post-referendum. The Trump result has to be a double wake-up call. Whether we’re “into” politics or not, we’ve all got to start paying more attention. Because, frankly, this is not about right or left anymore, this is not about parties – Republican versus Democrat, or Conservative versus Labour – this is about right and wrong. We’ve got to start seeking and valuing truth and honesty and decency and we’ve got to stay outraged.

Of course, in our super-charged digital age, part of the problem with staying outraged, particularly with the avalanche of offences care of Donald Trump, is that things just move so fast and they soon become an amorphous, overwhelming mass that we’d all rather not think about.

In order to keep my own memory jogged and for anyone else who feels the same, I’m going to start collecting here the articles that most encapsulate for me the dangers that Donald Trump represents and other the consequences of this election. I don’t pretend that these are unbiased – you’re unlikely to see anything here from Breitbart or Fox News – but they will all be, to the best of my knowledge, from reputable sources.

The dangers of Donald Trump

The Republic repeals itself
Andrew Sullivan: We are witnessing the power of a massive populist movement that has now upended the two most stable democracies in the world – and thrown both countries into a completely unknown future… America has now jumped off a constitutional cliff. It will never be the same country again. Like Brexit, this changes the core nature of this country permanently… Almost certainly, as in Britain, the left, already radicalised, will respond by moving ever farther left, leaving the now openly revanchist right with total control over the levers of power. They will likely build a propaganda machine more powerful than Fox and Breitbart – and generate pseudo-stories and big lies that, absent any authoritative or trusted media, will dominate the new centres of information, Facebook or its successors. We will be in a new political and media universe in which an authoritarian cult will thrive. This is how fascists tend to govern. 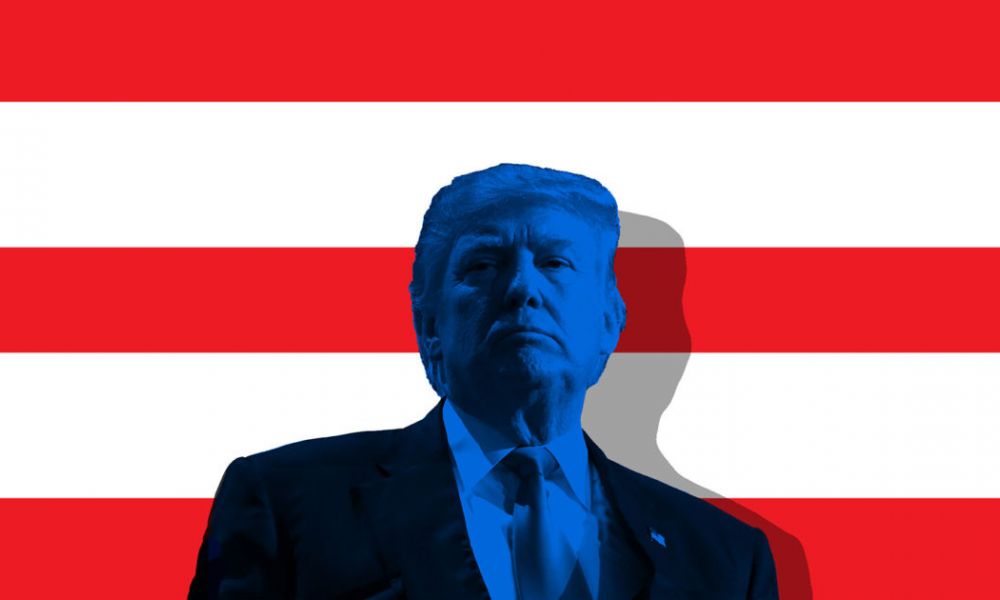 An American tragedy
David Remnick: The election of Donald Trump to the Presidency is nothing less than a tragedy for the American republic, a tragedy for the Constitution, and a triumph for the forces, at home and abroad, of nativism, authoritarianism, misogyny, and racism. Trump’s shocking victory, his ascension to the Presidency, is a sickening event in the history of the United States and liberal democracy. On January 20, 2017, we will bid farewell to the first African-American President – a man of integrity, dignity, and generous spirit – and witness the inauguration of a con who did little to spurn endorsement by forces of xenophobia and white supremacy. It is impossible to react to this moment with anything less than revulsion and profound anxiety. 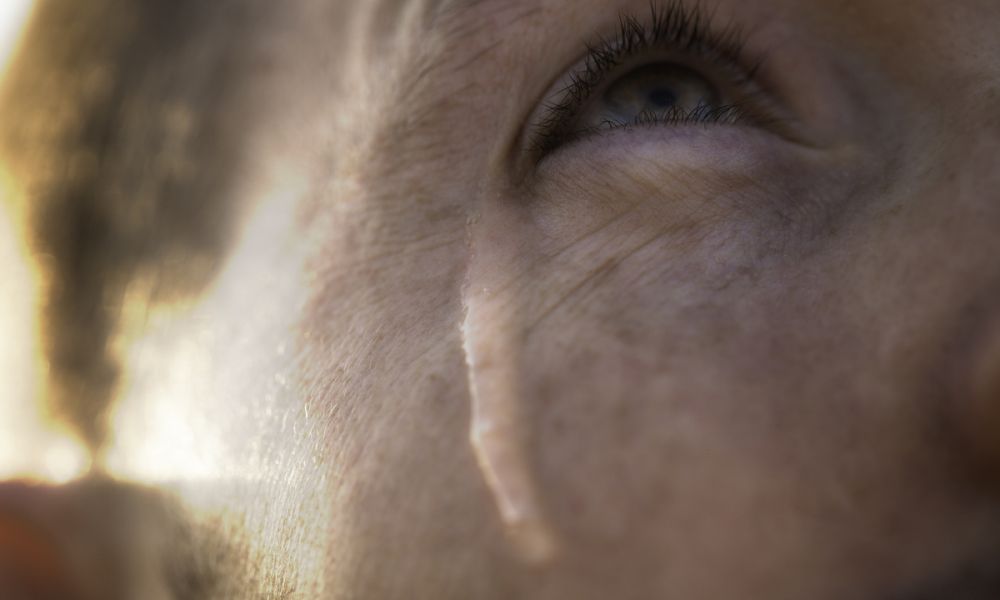 Here’s why we grieve today
John Pavlovitz: I think you think this is about politics. I think you believe this is all just sour grapes. I can only tell you that you’re wrong. This is not about losing an election.This isn’t about not winning a contest. This is about two very different ways of seeing the world… It’s about overt racism and hostility toward minorities.
It’s about religion being weaponised. It’s about crassness and vulgarity and disregard for women. It’s about a barricaded, militarised, bully nation. It’s about an unapologetic, open-faced ugliness. 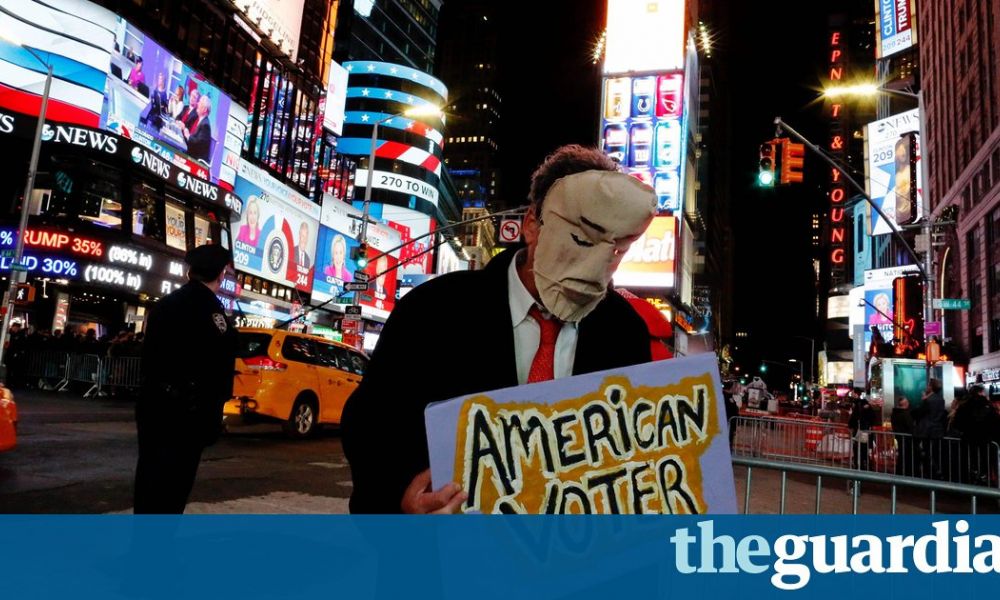 The US has elected its most dangerous leader. We all have plenty to fear
Jonathan Freedland: We thought the United States would step back from the abyss. We believed, and the polls led us to feel sure, that Americans would not, in the end, hand the most powerful office on earth to an unstable bigot, sexual predator and compulsive liar. 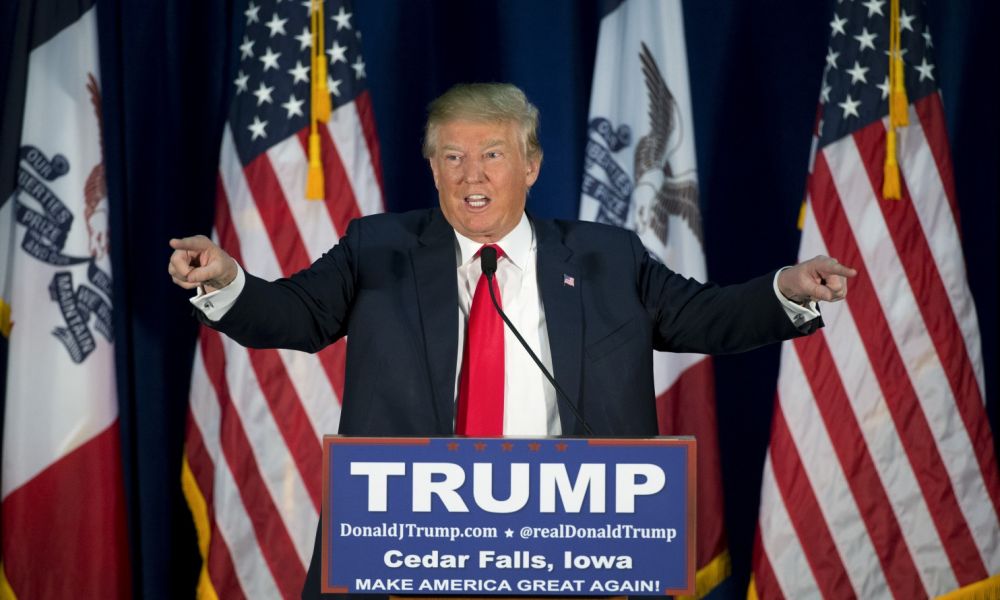 Here are 76 of Donald Trump’s many campaign promises

Most presidential candidates are careful to not promise too much on the campaign trail. That’s not at all the case for Republican front-runner Donald Trump. 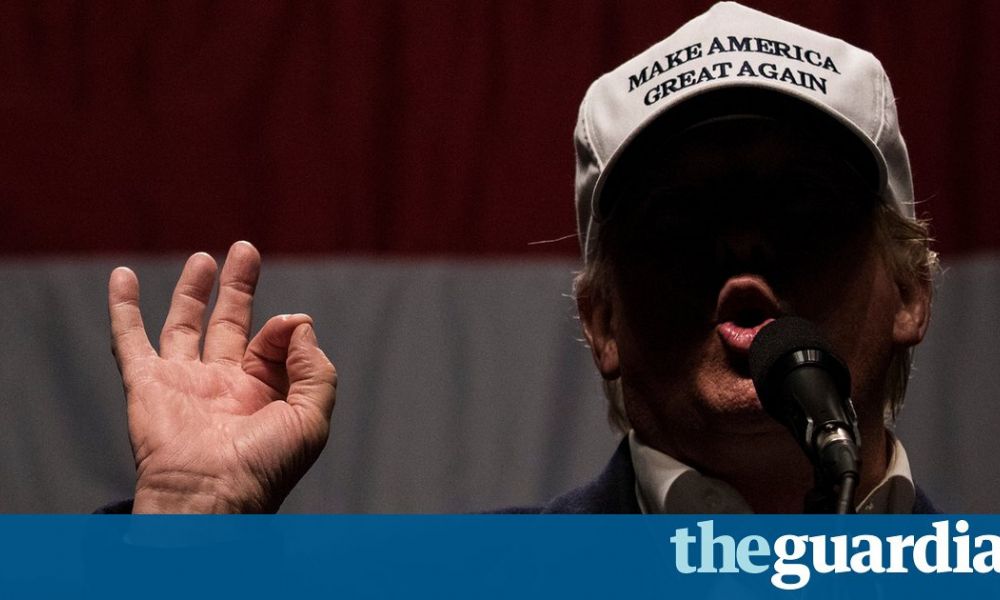 Jonathan Freedland: With Democrats defeated and Republicans scared to step out of line, Donald Trump’s control over the three branches of the US government means this horror show hasn’t yet begun… S media came up with an instant distillation of the global response to the improbable: #RIPAmerica. 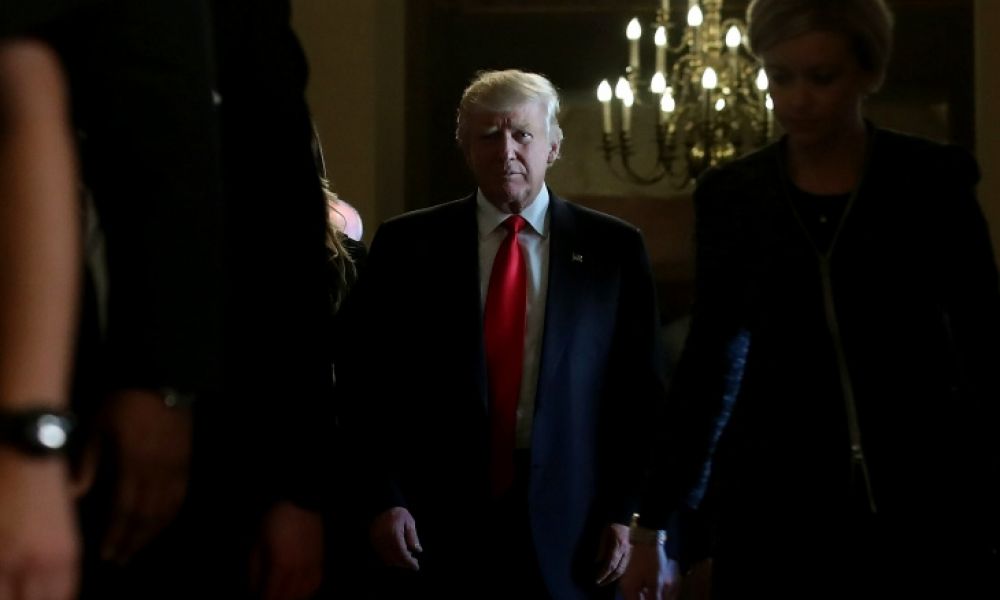 Don’t be fooled: Donald Trump really is as bad as you think
Stephen Bush: Optimism is a vital trait to human survival – but it can also blind us to danger. Optimism is one of the reasons, I suspect, that I put so many of the danger signs around a victory for Donald Trump out of my mind. The early signs are not good. 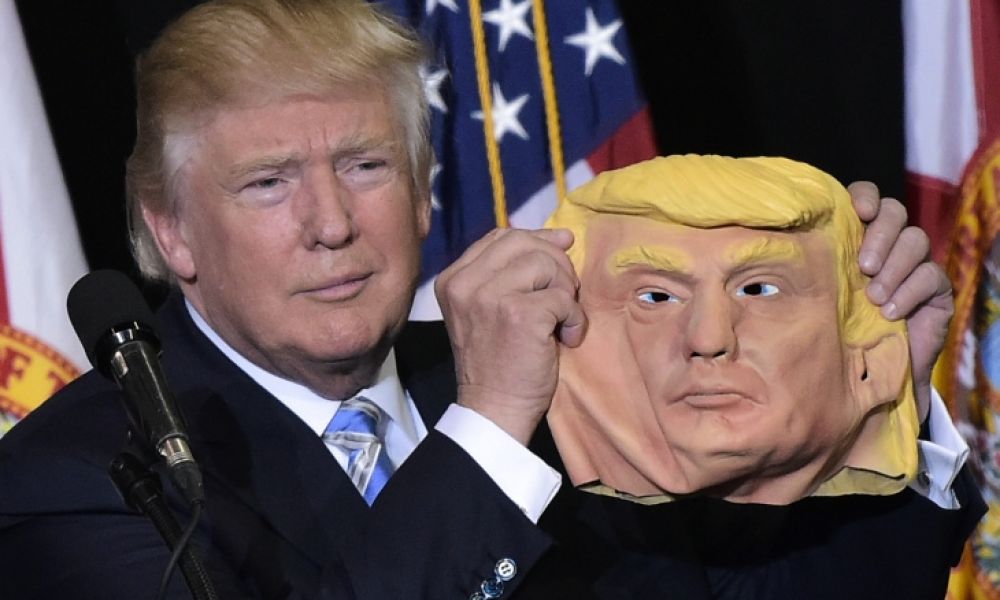 On the election of Donald J Trump

Laurie Penny: I’m not going to give you any fluff about hope at this point in history. Hope is possible, and necessary, and remarkably tenacious, but in the meantime there is always spite. We can carry on living, carry on looking after one another, carry on working towards a world beyond this trash fire to spite those who would see everyone who looks and thinks differently from them cowed and silent. 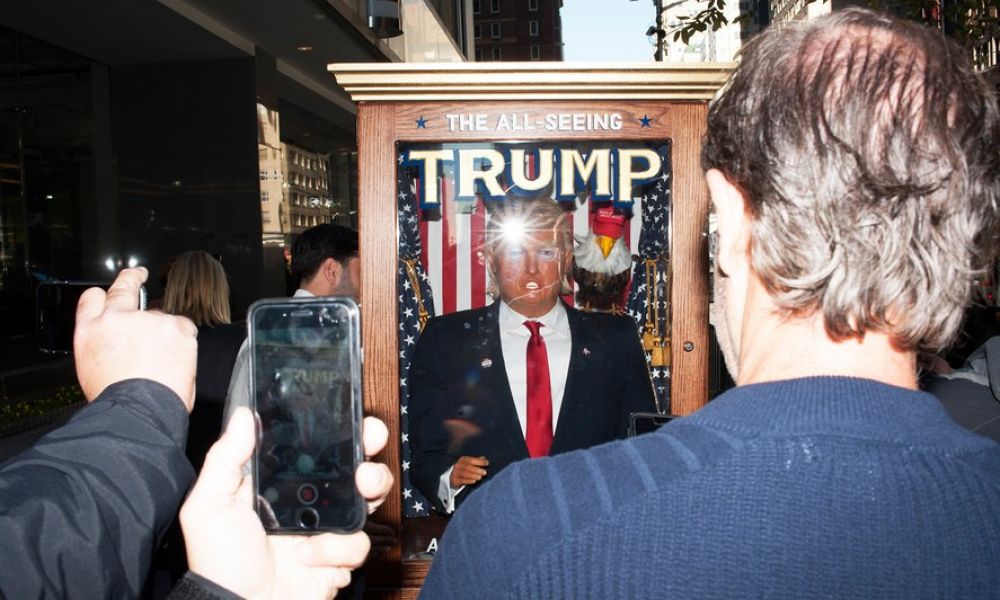 Aaron Sorkin wrote a letter to his daughter after Trump’s win
Aaron Sorkin: It wasn’t just Donald Trump who won last night – it was his supporters too. The Klan won last night. White nationalists. Sexists, racists and buffoons. Hate was given hope. Abject dumbness was glamorized as being “the fresh voice of an outsider” who’s going to “shake things up.” 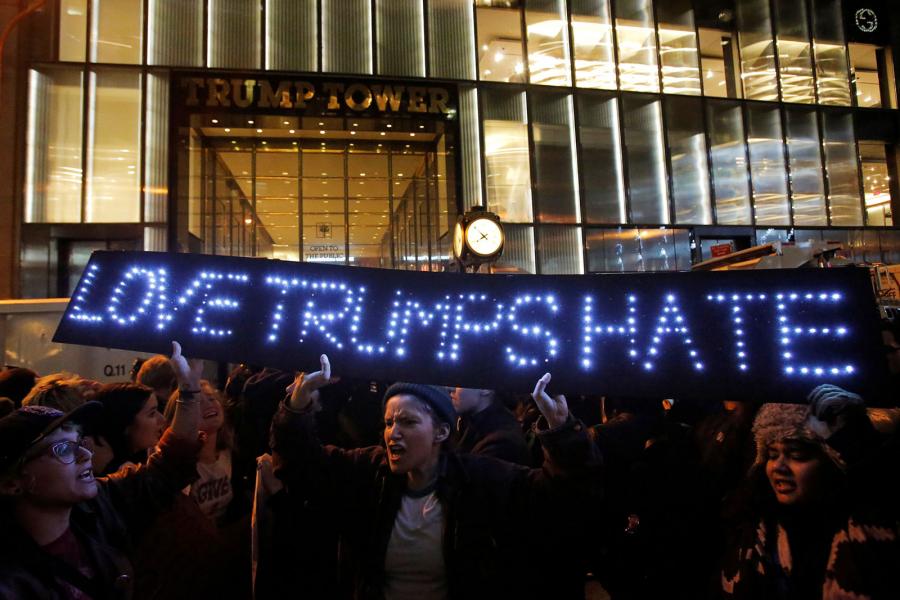 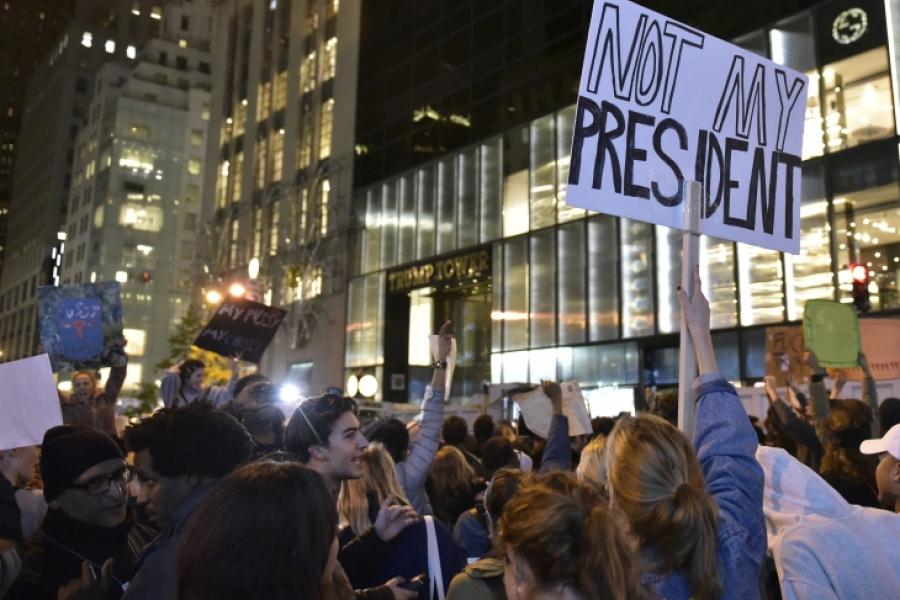 Five practical things you can do to fight Trump from abroad
Margaret Corvid: I live in Britain. When people hear my American accent, they want to talk to me about Trump. They want to ask me what happened, and why. But most of all, they ask me – with fear filling their voices – what they can do, as individuals, to counteract him from here. 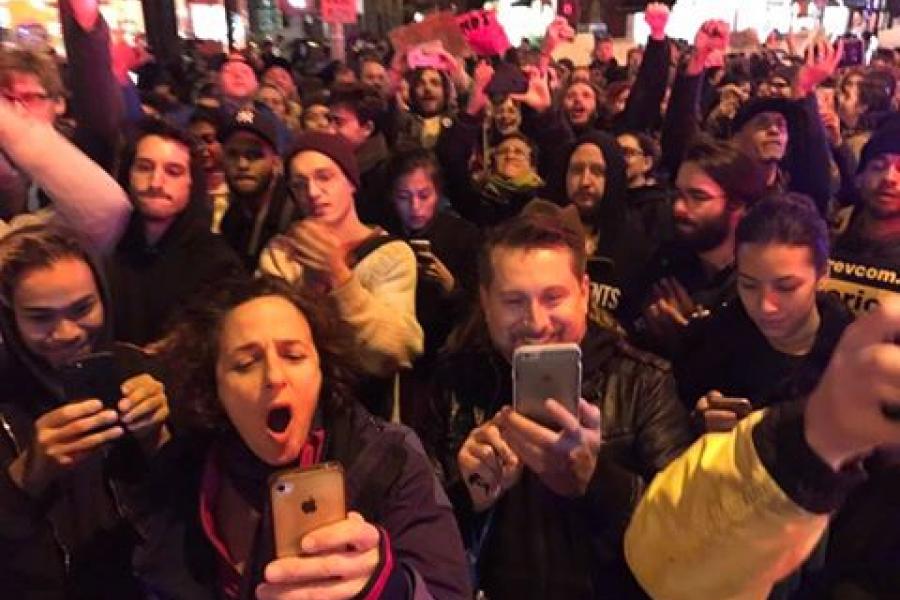 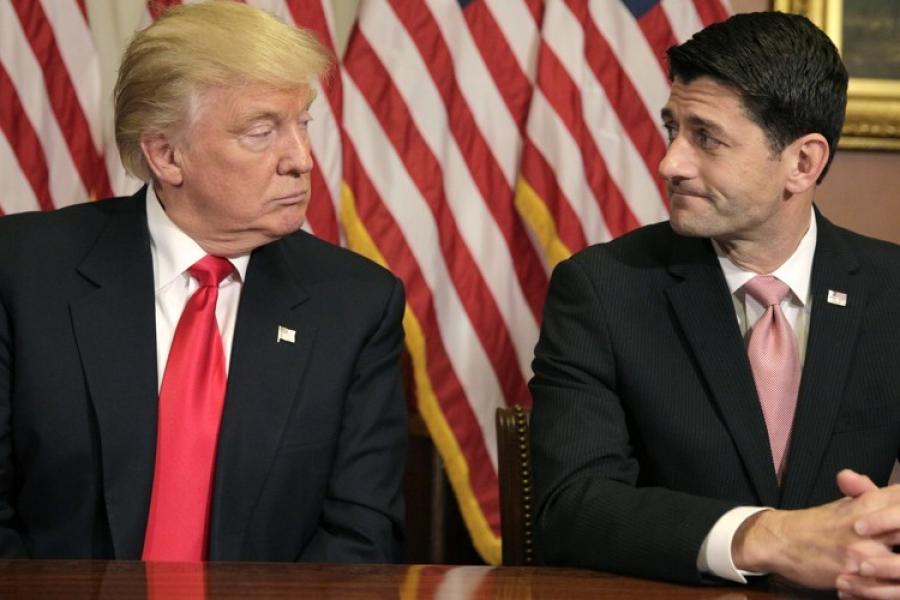 The US media is completely unprepared to cover a Trump presidency
Adam Serwer: Donald Trump and his surrogates have shown an uncanny ability to lie in the face of objective facts. They will now have the power of the federal government to help them. 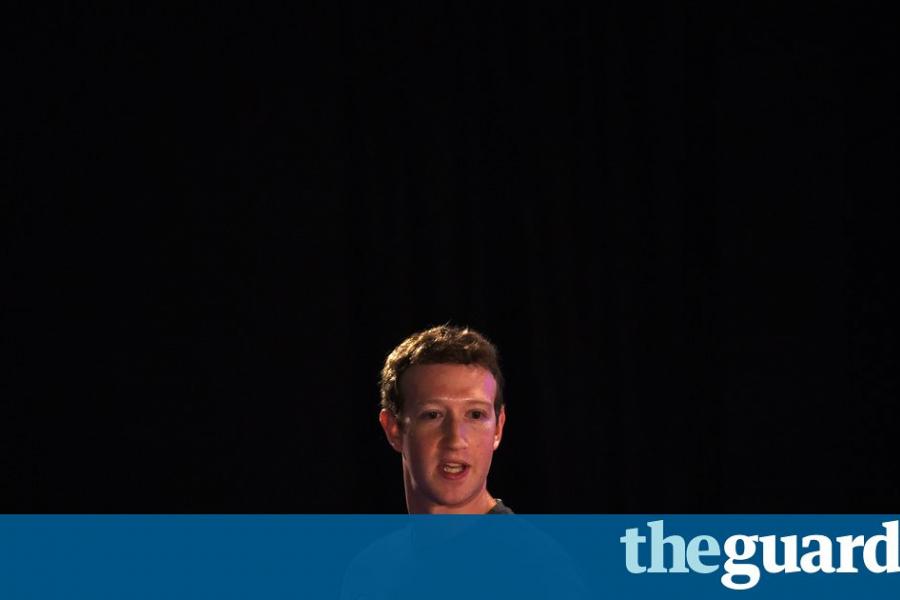 Facebook’s failure: did fake news & polarised politics get Trump elected?
Oliver Solon: The company is being accused of abdicating its responsibility to clamp down on fake news stories and counter the echo chamber that defined this election 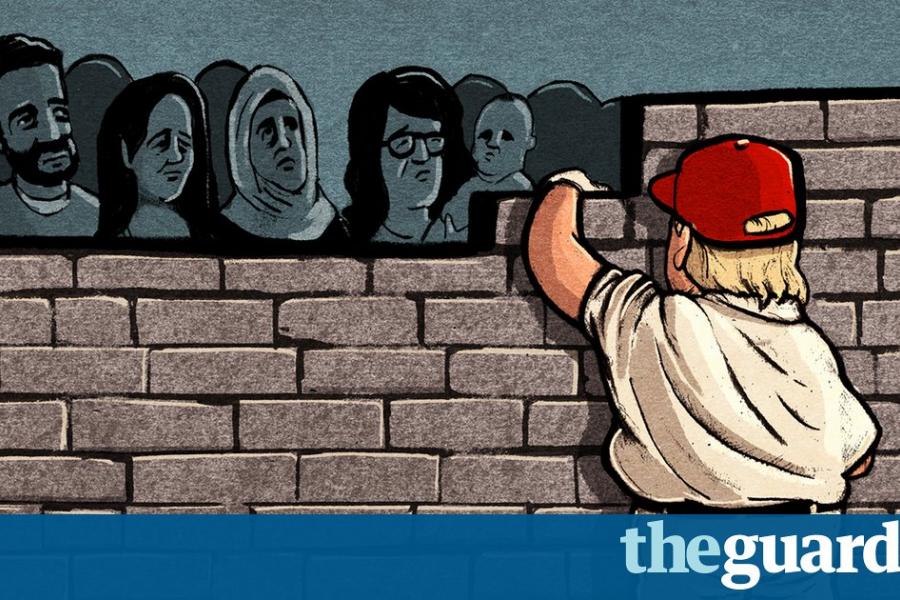 Populists are out to divide us. They must be stopped
Timothy Garton-Ash: The US is the latest country to be seduced by nationalists. Liberals should brace themselves for a long struggle… So the challenge is in plain view: we face the globalisation of anti-globalisation, a popular front of populists, an International of nationalists. 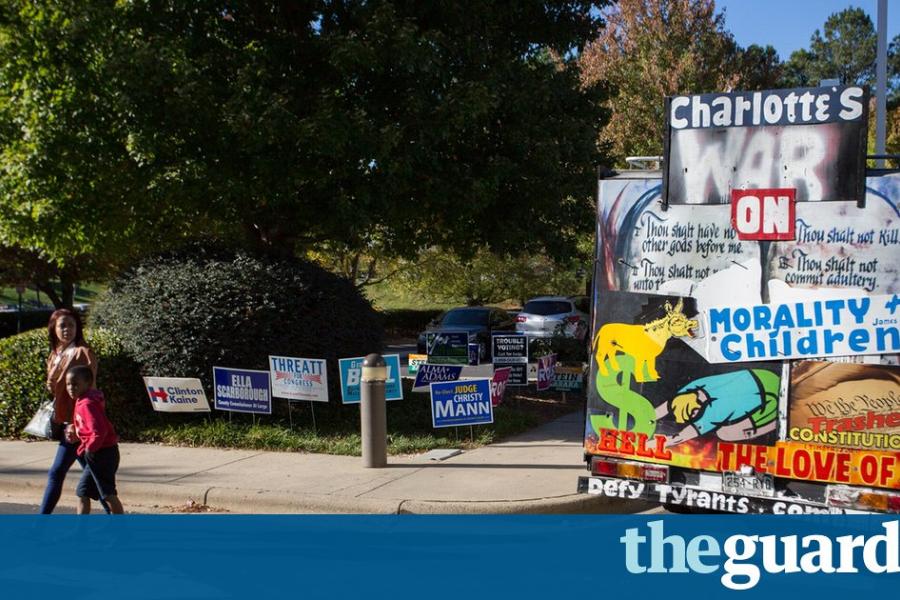 White evangelicals are playing the long game. This is the result they wanted
Hollis Phelps: His values may seem to fly in the face of their religious standards, but American Christians voted for Trump for political reasons, not moral ones… Donald Trump’s victory over Hillary Clinton wouldn’t have been possible without the support of white evangelical voters. 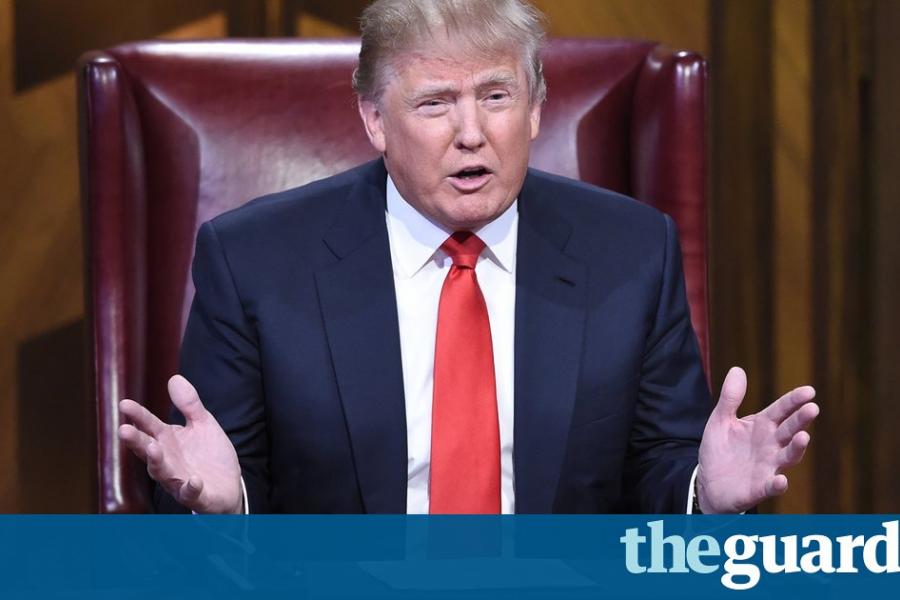 You’re hired: how The Apprentice led to President Trump
Stuart Heritage: The rise to power of the president-elect was less a campaign than a cash grab for ratings. It was reality TV writ large… The most unpleasant aspect of The Apprentice – worse than the boasting, the repetition or the intergalactic levels of rock-hard stupidity – has always been its response to humility. Year… 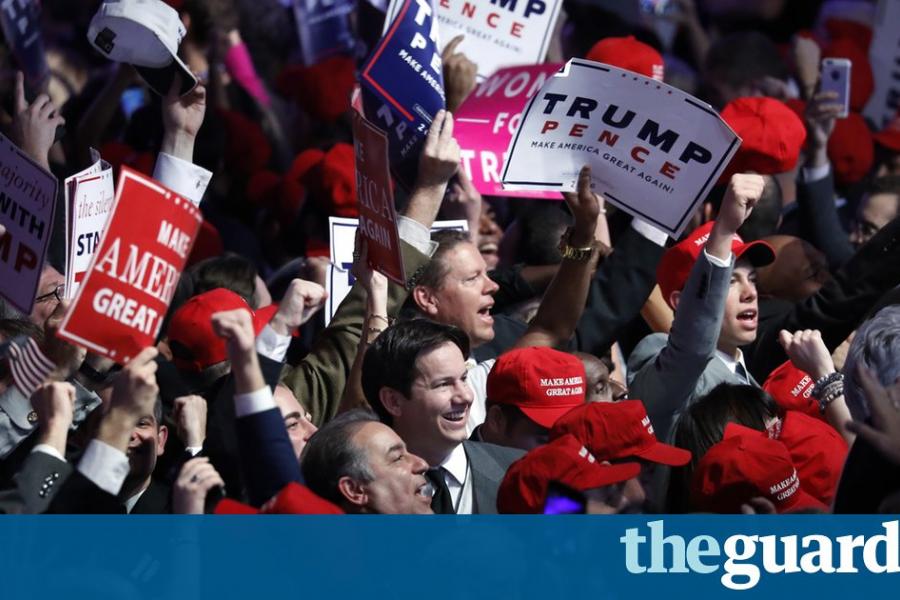 I’ve heard enough of the white male rage narrative
Hadley Freeman: America’s white working classes have suffered. But it shouldn’t be taboo to call voters out for falling for racist and sexist messages… ‘Grab ’em by the pussy” was the line that was supposed to have ended Donald Trump’s campaign for presidency. 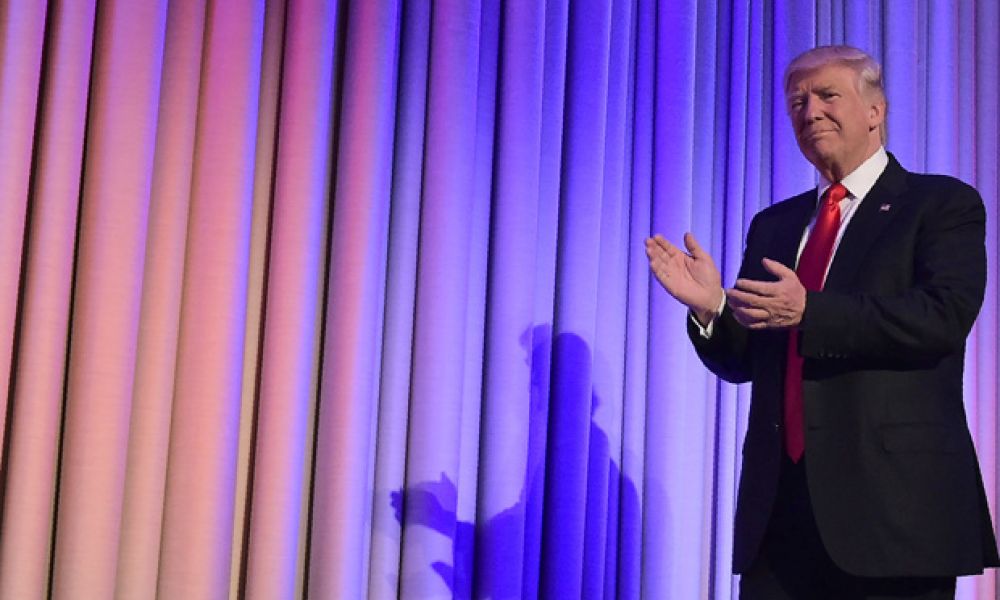 Matthew Parris: It’s not just that it has produced results I profoundly dislike. It’s to do with the merging of crowd and mob. The election of Donald Trump as president of the United States may have signalled the death of the closest thing we have to a religion in politics. Democracy risks being knocked from the high altar as an unmitigated and unquestioned good. 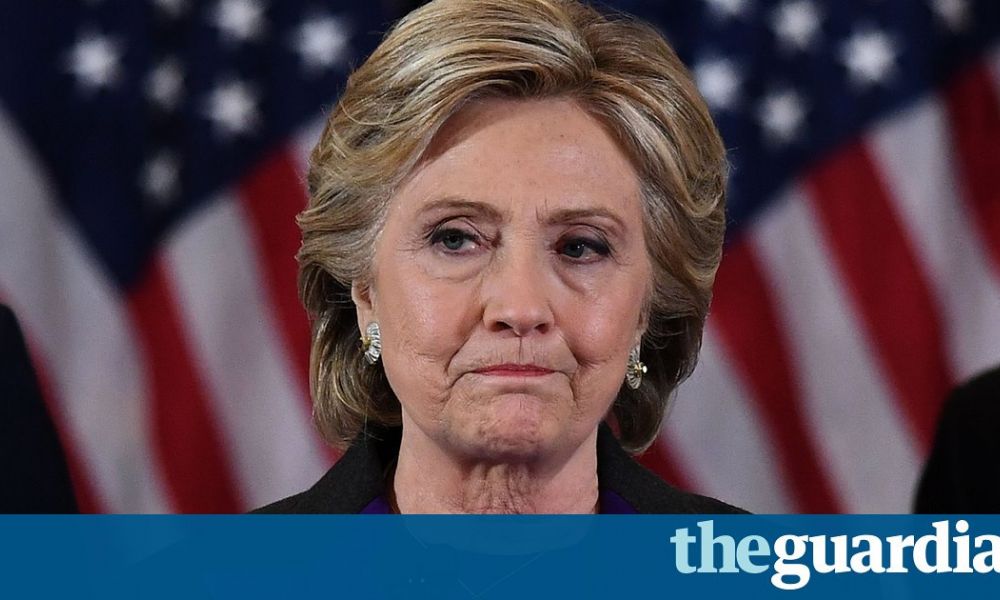 Hillary Clinton once believed anything possible. Now her tragedy is ours
Jim Abramson: When Hillary Clinton relinquished her political dream at the Wyndham Hotel on Wednesday, her voice barely quavered. She exuded grace and resilience. The woman has a true gift for giving losing speeches.