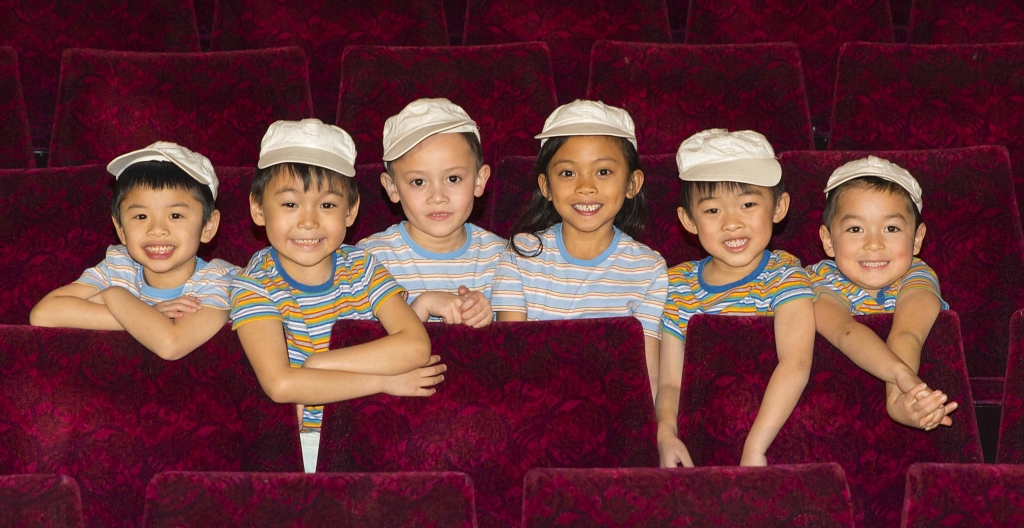 Do you have a small, confident, South-East Asian-looking child? If so, Jo Hawes is looking for you. My interest was piqued when I attended Miss Saigon recently at the West End’s Prince Edward Theatre.

On the cast credits page of the programme, just below the notification about American stars Eva Noblezada (who plays Kim) and Jon Jon Briones (the Engineer) are here on an Equity exchange, this caught my eye: “We are always looking for TAMS to perform in Miss Saigon. Tam is a boy (sometimes played by a girl!), aged 4-5, small, confident and SE Asian looking…” 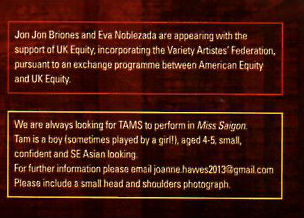 (In case you haven’t seen the musical, Tam is the son of Kim who falls in love with an American GI just before the fall of Saigon. His paternity becomes critical as the plot unfolds after the war. )

I hadn’t noticed child want ads in previous programmes. Was this something new?

Not at all, Jo Hawes tells me when I contact her myself (feeling slightly guilty that I don’t have any small Asian children to offer). “That goes in all the programmes for the shows that I cast.” And, given that Jo is the country’s leading child casting director, that’s quite a lot.

She’s currently working on ten shows – in addition to Miss Saigon, there’s Les Miserables, The Lion King in London and on tour, Annie Get Your Gun, White Christmas, Elf in Dublin and Plymouth, and a few she can’t tell me about. Her many other well-known West End credits include Matilda, The Sound of Music, Oliver!, Mary Poppins and Shrek.

This is the fourth time Jo has cast a production of Miss Saigon, and it doesn’t get any easier. Apart from the fact that four-year-old South-East Asian children don’t grow on trees in London, these ones have to be able to concentrate. “The girls concentrate better and we can take them younger because they learn to concentrate sooner. But then the challenge is they have to cut their hair.” And some mums are not keen on that!

Unlike adult roles, casting a child’s part is not just a question of finding the one ideal candidate (and an understudy or two). Legally, child actors can only work 12 hours a week. Currently, there are six Tams for Miss Saigon’s eight-performance weekly schedule.

Child casting is also never-ending as there are constant drop-outs. Of the original six Tams for this run of Miss Saigon, Jo lost three before the first preview. “We lose them for a variety of reasons,” she says.

“They’re tiny children and its very difficult to know in the audition what they’re going to be like when they perform in front of 2,500 people.”

Once the run is under way, there’s another raft of reasons for dropping out. The children may get bored or their parents want a holiday – or, quite often, they grow out of the role: their voice breaks, they look too old, they gain weight or height. In Disney’s Beauty and the Beast, a small size was critical for the role of Chip the teacup in order to make the stage illusions work properly. “We had to measure the children regularly and, if they grew, we had to lose them.” 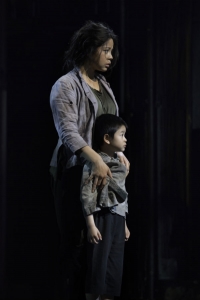 Every show is unique. “All shows have their specific difficulties and challenges,” Jo explains. “With Miss Saigon, they have to be very young, able to concentrate and have a certain look about them. On another show, like Oliver! for the Artful Dodger, they have to be a boy who’s a very good dancer with an unbroken voice. On Mary Poppins, they have to be cracking singers and dancers who go from absolutely vile to absolutely gorgeous at the end so they need to be able to show that emotional range. On The Lion King, they have to be black.”

They have to be black? Casting is exempt in general from the Race Relations Act, and while colour-blind casting is increasingly commonplace amongst adult roles, where children are concerned, most directors make the decision that offspring need to ‘match’ the parent. So Jo is usually given race specifications.

For Emil and the Detectives at the National last Christmas, the challenge was sheer volume – across a week, some 180 kids appeared in the show. “Most of them had never even set foot in a theatre before” let alone perform. Jo created a dedicated database to keep track of them all.

That database is now another method of outreach for her. Those children and their parents may know someone who knows someone who, say, has a four-year-old Asian little sister.

Jo also has a database of 150 children’s agents that she regularly hits, but she finds that a sizeable proportion of her castings – and particularly for Tams – don’t come from agents. She encourages producers to put up posters in ladies’ loos where mothers queue and chat (though many theatres decline), regularly surveys theatre schools and drama groups, and networks at every event and social occasion she attends. Indeed, everywhere she goes, Jo is keeping an eye out for suitable children.

“I have been known to go up to people in the street and hand them a card. I don’t want to be accused of being a childcatcher so I just had them the card, tell them to get in touch if they’re interested and then walk away.”

So what about the programme want ad for Miss Saigon? Is it effective? Yes, there have been emails pop up in her inbox that specifically reference the programme, but, Jo admits, she’s not really keeping track and, because of her myriad methods, it’s hard to know exactly where parents get the information.

The most important thing, she says, is that they do get it and that parents, and children, know that you don’t have to go to drama school or have an agent to tread the boards in the West End.

“I don’t want to lose any opportunity to grab a child that might be right and I want to make it easy for parents to get to me. I will see any child. I’m doing ten shows at the moment. That’s a lot of casting. I need to open it up to as many children as possible.”

Jo Hawes is also the author of Children in Theatre from the Audition to Working in Professional Theatre: A Guide for Children and Their Parents. To contact her, email jo.hawes@virgin.net or visit www.johawes.com.