Tribunal ruling: I was “unfairly dismissed” by WhatsOnStage

Home-Tribunal ruling: I was “unfairly dismissed” by WhatsOnStage

Tribunal ruling: I was “unfairly dismissed” by WhatsOnStage 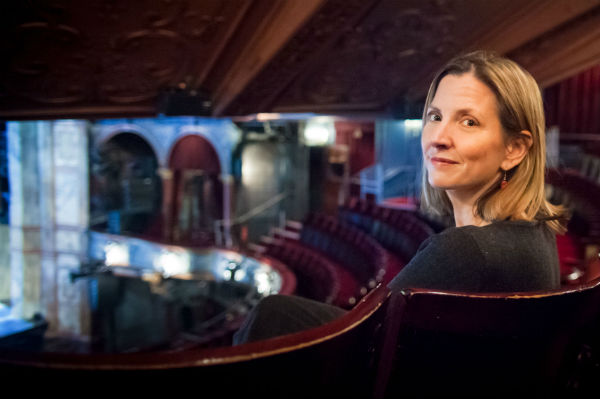 This is me: I can finally stop looking back and start looking forward

It’s been 455 days since I was walked out of the offices of WhatsOnStage, the company that I co-founded. And today I can finally, officially and publicly say: I did nothing wrong and should not have been dismissed.

To say that the past 15 months have been extremely long and difficult for me is an understatement, and it’s still not quite over so I won’t say more… For now, let me just thank those who have supported me and helped me through this time.

And that includes my brilliant barrister Declan O’Dempsey at Cloisters Chamber. I urge you to read Declan’s posting – and a QC’s comments on my case – here. Unlike me, they are unafraid of not mincing words.

Also, my fellow Tribunal survivor Mark Shenton, whose hearing last August I reported on here, and who attended my hearing and gives some of his eye-witness accounting of it here.

Here is the press release [legalese alert] and the full ruling from the Tribunal judges.

After a 15-month legal battle, leading theatre industry figure Terri Paddock has won her unfair and wrongful dismissal claim against WhatsOnStage.com, the media company she co-founded, and its new American owners, TheaterMania.com, Inc.

The London Central Employment Tribunal ruled that WhatsOnStage Ltd had no reasonable grounds to dismiss Ms Paddock and had not followed a fair procedure in doing so.

Paddock was the founding editor and employee of WhatsOnStage.com in June 1997 and ran the business for more than 16 years. Under the direction of New York-based TheaterMania CEO Gretchen Shugart, Paddock was summarily dismissed in December 2013.

At the time, the company informed Paddock that they considered her guilty of gross misconduct and bringing the company into disrepute on the basis of three alleged incidents:

Paddock was first informed of the above charges at a 37-minute meeting, with Shugart and TheaterMania CFO Joe Yurcik, on Thursday 12 December during which Shugart and Yurcik, according to the Tribunal ruling, attempted to “pressurise the Claimant into accepting a compromise agreement” rather than face disciplinary proceedings on the multiple allegations, “an outcome described by Mr Yurcik as ‘allowing the Claimant to resign gracefully rather than be dismissed’.”

A fair disciplinary procedure was not undertaken and Paddock was never allowed to question her accusers or properly defend herself against the allegations.

Immediately after this meeting, Paddock was escorted from the WhatsOnStage offices. She was dismissed on Monday 16 December 2013, while signed off sick for one week suffering from reactive stress and shock.

“Not culpable or blameworthy”

Paddock refuted these allegations at an internal appeal heard by New York-based TheaterMania board member Lee Simonson in January 2014. At this, she presented witness statements from seven industry guests who attended the launch party, confirming that she was not acting in a “drunk or disorderly” manner, as well as testimony from Richard Gresham, and CCTV footage from Brown’s restaurant. Simonson determined that Paddock was guilty of gross misconduct and upheld the dismissal.

In preparation for the six-day Tribunal hearing from 19-26 September 2014, both sides called witnesses to give testimony on the various allegations of misconduct. During the course of the hearing, however, WhatsOnStage chose to rely solely on the third allegation as the reason for Paddock’s dismissal. Mr Yurcik characterised this as a “very serious piece of sexual harassment”, which according to Ms Shugart, “spooked” and “haunted” Yurcik to this day.

The judges disagreed. On CCTV viewing of the incident, which lasted “less than one second”, the Tribunal held that “it would have been impossible for anyone in the position of Mr Yurcik to have concluded that what he witnessed was sexual harassment, let alone ‘a very serious piece of sexual harassment’.”

Paddock commented on the ruling: “It has been a long and difficult 15 months. WhatsOnStage was a company that I was passionately committed to. It broke my heart to leave the company in such a manner. I am relieved to have the opportunity to clear my name and to be vindicated at last.”

Claims for bullying and harassment

Throughout, Ms Paddock has denied all allegations of inappropriate behaviour. At the hearing, she testified that the alleged incidents, and the false charge of gross misconduct, were used by the Company to get rid of her quickly and cheaply. She said that the dismissal followed a long campaign of bullying and harassment waged against her by Ms Shugart, which, Paddock believed, had been aimed at undermining and forcing her to resign.

The Tribunal stated they “had a great deal of sympathy with many of the complaints made by the Claimant of Ms Shugart’s management of her” and stated that “events during that year which contributed to the Claimant feeling undermined might… have resulted in her resigning and claiming constructive dismissal”.

On the subject of harassment, the Tribunal said of Ms Shugart and her “uncompromisingly difficult” management style: “We accept that Ms Shugart engaged in unwanted conduct which either had the purpose or the effect of creating an adverse environment for the Claimant.” However, the Tribunal felt that Paddock’s treatment was not related to her gender and therefore Paddock’s claim for sex discrimination was not upheld.

Following Ms Paddock’s dismissal from WhatsOnStage, the company paid no notice, while still seeking to enforce strict post-termination restrictions in relation to her future work. She was also threatened with an expensive High Court injunction, which she had to defend, in February 2014 for setting up her personal blog and Twitter account, www.terripaddock.com, @TerriPaddock.

Launched by Ms Paddock in 2000, the WhatsOnStage Awards are the only major UK theatre awards voted for by the public, and are considered alongside the Laurence Olivier Awards and Evening Standard Awards, as one of the industry’s highest accolades.

The launch party on 6 December 2013, when nominations for the 2014 Awards were announced, was attended by over 600 actors, directors, playwrights, designers, producers and other key industry figures, several of whom gave statements in support of Ms Paddock’s claim.

Ms Paddock was named as one of the top 50 influencers in the theatre industry in The Times Luvvie List in 2010. In addition to her long career at WhatsOnStage, she is also the author of two published novels.