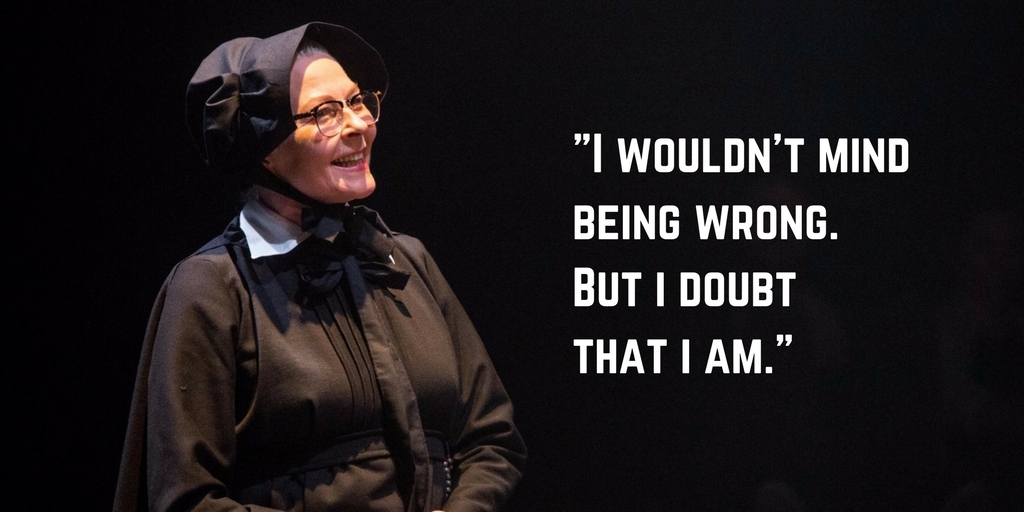 There are only a few days left to catch Che Walker‘s new in-the-round production of John Patrick Shanley’s Doubt, which finishes at London’s Southwark Playhouse this Saturday (30 September 2017).

While catching up with friends last night, including the show’s producer Darren Murphy, a group of us started arguing anew over the central question in the plot: did Father Flynn (played by Jonathan Chambers) sexually abuse one of his young charges at St Nicholas Church School in 1960s the Bronx? Sister Aloysius (Stella Gonet) has no doubt at all that he did and makes it her mission, and the journey of the play, to expose him.

Shanley’s script doesn’t specify Flynn’s guilt or innocence, of course. And much of the power of this Pulitzer Prize-winning piece is its ability to keep you wondering – and arguing about it. I was interested to learn that that extends beyond audience reactions too.

Darren tells me that, in this production, the first major revival of the play since it had its UK premiere at the Tricycle a decade ago, Chambers and director Walker have decided between them whether Flynn did it or not – but they haven’t told anyone else, fellow cast members and producer include. Apparently, others on the production change their minds on a regular basis, according to responses to different performances and moods. I wonder if any will have settled their opinions conclusively by Saturday night?

I also hear that there’s been a lot of interest from regional theatres to tour the production. But I’d advise you not to take a chance – see it at Southwark with this cast, amongst whom I was particularly taken with Clare Latham, who plays the young and impressionable Sister James, a pawn in the elder nun’s power games.

Here are a few more fine lines from the play that have also stuck with me. 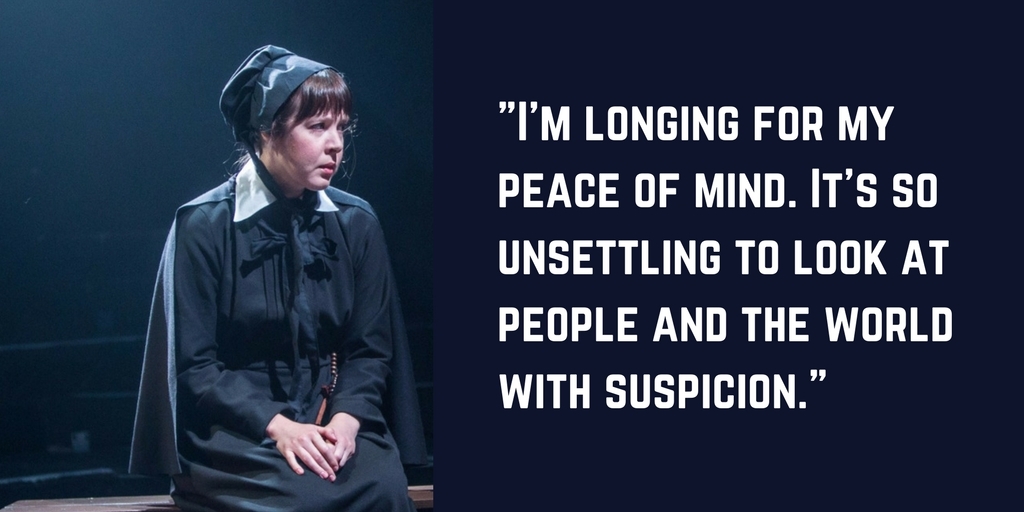 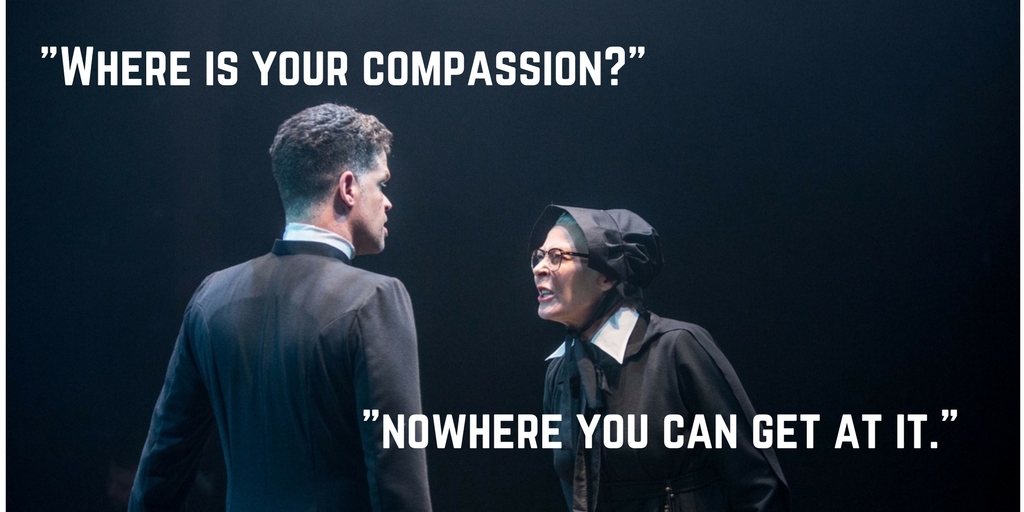 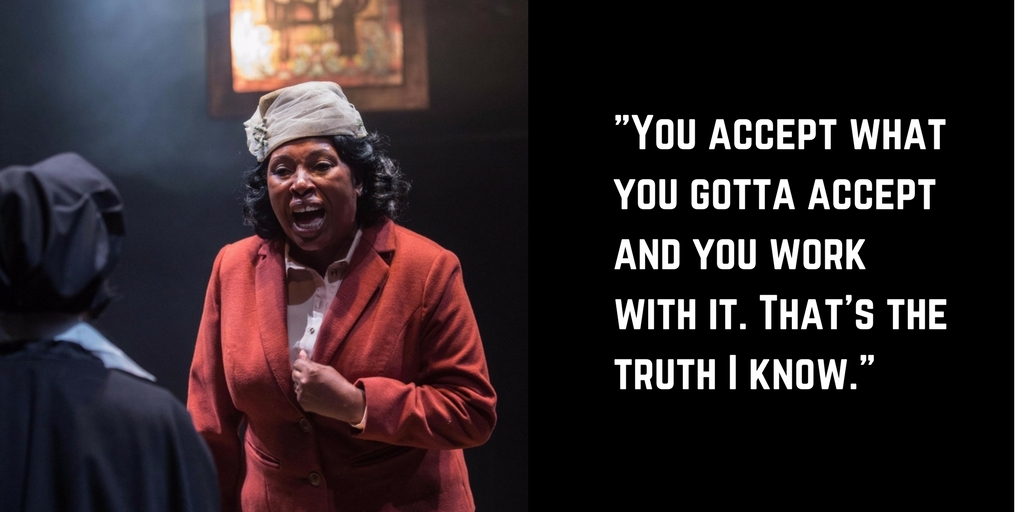