Tony’s Last Tape Q&A video and photos: What would Tony Benn have thought of Brexit, Corbyn & this play about him?

Home-Tony’s Last Tape Q&A video and photos: What would Tony Benn have thought of Brexit, Corbyn & this play about him?

Tony’s Last Tape Q&A video and photos: What would Tony Benn have thought of Brexit, Corbyn & this play about him? 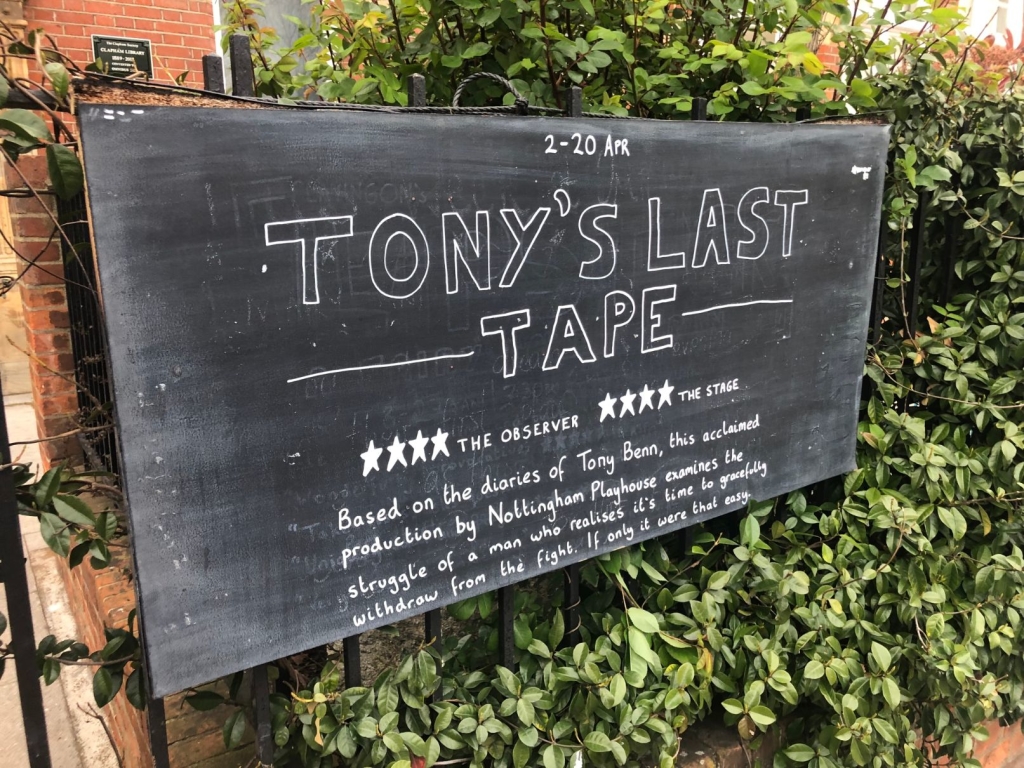 This past Wednesday (3 April 2019) would have been Tony Benn’s 94th birthday. Great celebratory timing for the return of Tony’s Last Tape, the one-man play celebrating the Labour firebrand, who died in 2014. And last night, I was delighted to return to the play myself and to chair a warm and celebratory post-show discussion.

Many in the audience at Clapham’s Omnibus Theatre knew and were influenced by Tony Benn and were happy to share memories and thoughts on what he would think about the play as well as today’s political situation, including Brexit chaos and the rise of his former protege Jeremy Corbyn.

Amongst these were Andrew McKinlay, the former Labour MP for Thurrock, who had some fantastic anecdotes about Benn’s last days at Westminster.

Slightly appalling personal confession: I learnt during the talk that I’m responsible for having created some Benn ‘fake news’. Seeing this play when it was last in London, four years ago at the Bridgehouse Theatre in Penge, had a huge impact on me, igniting my own political activism. And, the day after the 2015 General Election, which Labour of course unexpectedly lost, I tweeted a quote that still burned in my mind from the play. It got shared over a thousand times, including by the likes of Rufus Hound.

I thought it was a direct quote from Benn. In fact, the words were the playwright Andy Barrett’s own that so perfectly captured the late socialist’s essence, others also believed they were his. Andy first learned about it when someone quoted them back to him at a Labour rally – apparently, there’s even merchandise now, all crediting Tony Benn after my faulty tweet!

Andy revealed more details of this during the Q&A. Thank you to Andy, director Giles Croft (who conceived the piece, modelled on Samuel Beckett‘s Krapp’s Last Tape) and star Philip Bretherton – who plays Benn so beautifully and convincingly once again – for not being angry with me for my mistake and for being such great panellists. And to the incredibly knowledgeable and generous audience.

Tony’s Last Tape continues at the Omnibus Theatre until 20 April 2019. 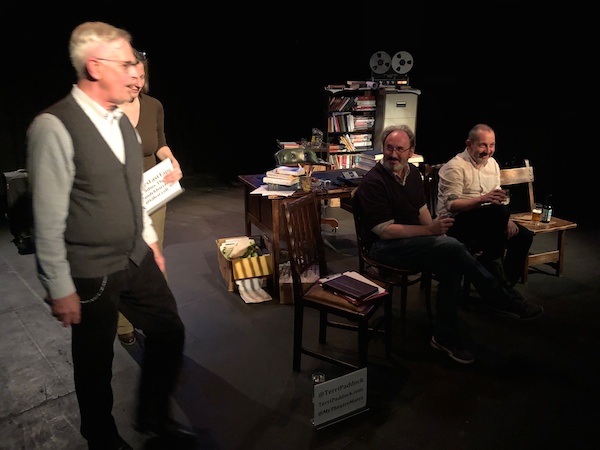 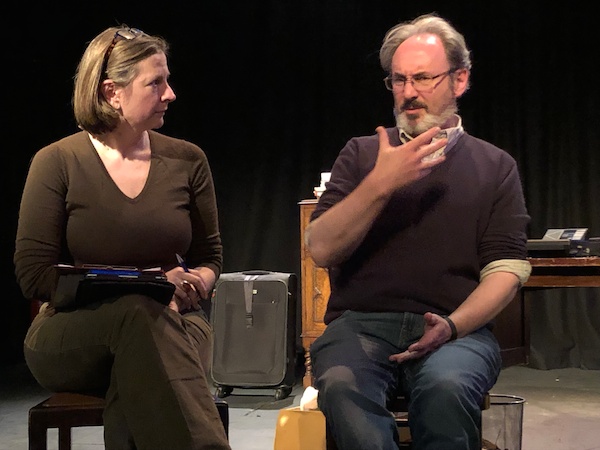 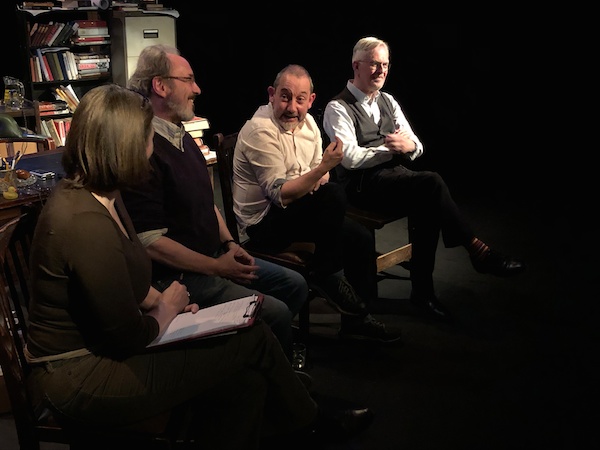 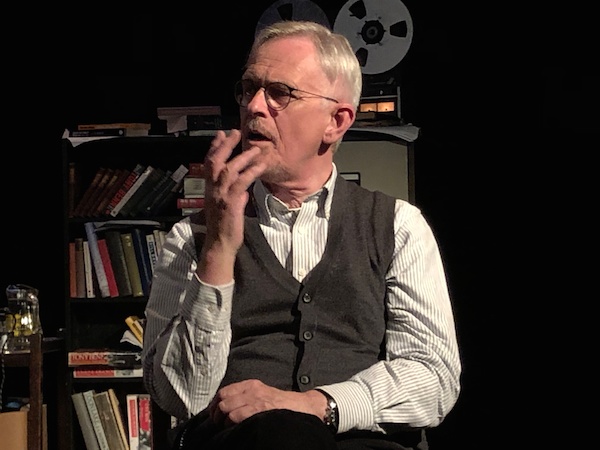 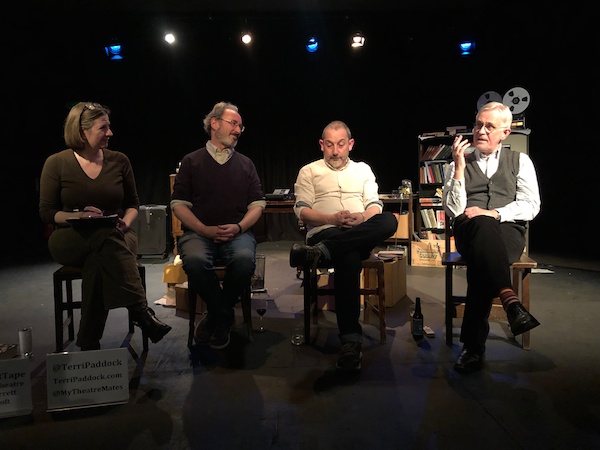 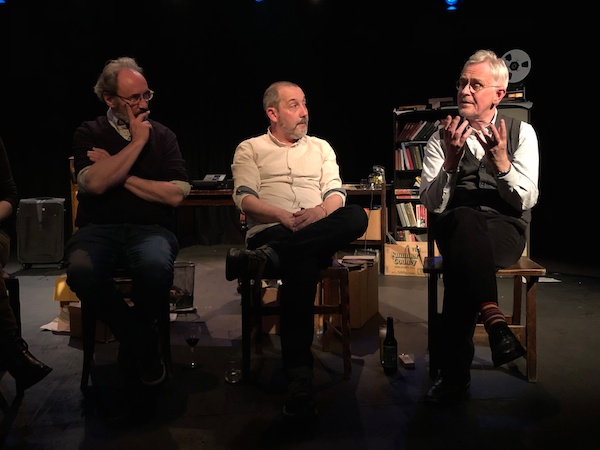 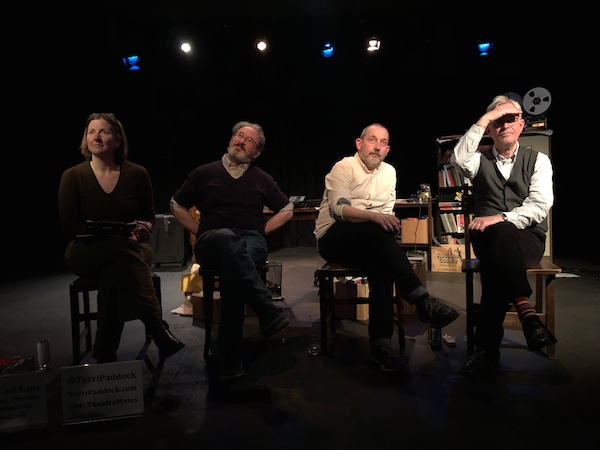 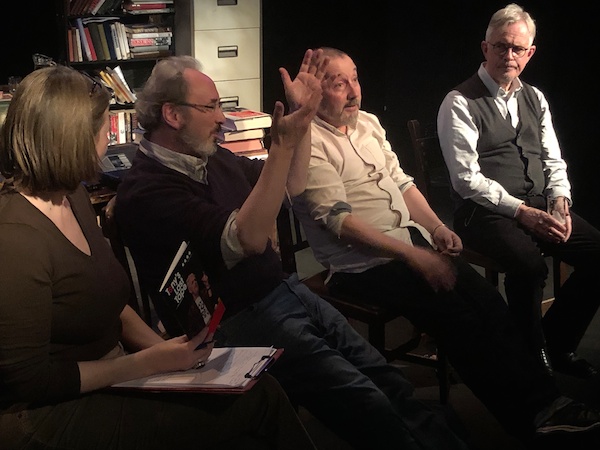 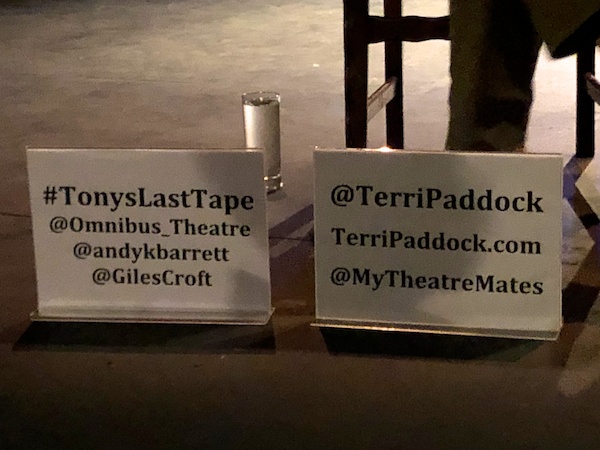