Home-The Time Of Our Lies Q&A video and photos: Did historian Howard Zinn predict our era of Trump & #fakenews? 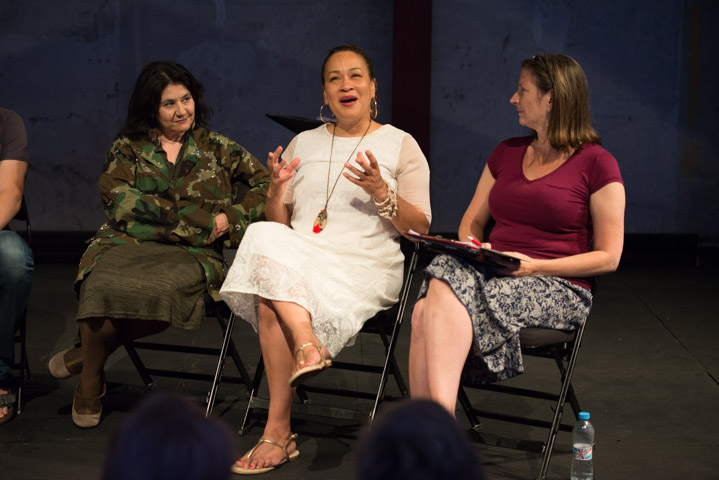 My post-show talk for The Time Of Our Lies at London’s Park Theatre. © Peter Jones

A quick show of hands at last night’s Q&A at the Park Theatre bore out my suspicion: most people, even left-leaning people, have not heard of Howard Zinn. Like those in the audience, before this show, I counted myself amongst them. So by that measure alone, Bianca Bagatourian’s The Time Of Our Lies is a success – because, especially now, we should know about Howard Zinn and the urgent messages that he spent his life fighting to convey.

“When I say history is a matter of life and death, I mean this: If you really don’t know history, you are a victim of whatever the authorities tell you. You have no way of checking up on them. You have no way of deciding whether there is any truth in what they are saying” – Howard Zinn

Howard Zinn was an American historian, professor and social activist, widely considered one of the most influential thinkers of the 20th century. His book, A People’s History of the United States, which tells key moments in history from the side of the forgotten voices and ‘losers’, has sold two million copies and become required reading in many schools worldwide.

The Time Of Our Lies explores Zinn’s personal history, including being a soldier who dropped bombs on Rouen, France in the Second World War. This fateful moment troubled him for the rest of his days and shaped the man who would become a moral compass for the United States, urging people to understand history, know when they’re being lied to and commit action and ‘civil disobedience’ accordingly.

This play features songs using Howard’s own words, combined with first-person accounts of war and injustice from other combatants and victims. An earlier version of The Time Of Our Lies at the Edinburgh Fringe in 2014 was co-produced by Viggo Mortensen and sponsored by Eddie Vedder, Tom Shadyac, Myla Kabat-Zinn, Tim Robbins and was nominated for the Amnesty International Freedom of Expression Award in 2014.

This new premiere production at the Park Theatre is helmed by award-winning director and playwright Ché Walker and sponsored by the Vitalogy Foundation, the non-profit organisation founded by members of the band Pearl Jam.

In true “show must go on” fashion, the production’s opening went ahead last week despite the last-minute loss of its leading man. With no understudies Off-West End, the marvellous Martina Laird stepped in with just a few hours’ notice to play Zinn himself, at the centre of the action that unfolds via the stunning and fluid ensemble work around ‘him’.

For last night’s post-show Q&A, I was joined by writer Bianca Bagatourian, director  Ché Walker and Martina Laird as well as fellow members of the international cast: Alvaros Flores, Trang Le, Claire Lebowitz King and Anais Lone. We discuss the legacy of Howard Zinn, activism and resistance, including the importance of music and meaning of some of the songs in the show (sung in Spanish, Hebrew and Vietnamese as well as English).

“History is an antidote to lies” – Howard Zinn

In the play, and briefly reprised in the Q&A, Mexican actor Alvaro Flores gives one of the best and most chilling Trump impressions I’ve seen. An audience member asked: would he ever use his skill in a pro-Trump piece? How do actors square personal beliefs with the parts they play?

Disclaimer before you watch: I mangled a quote I referenced when we were discussing how Howard Zinn‘s lessons – not least “history is an antidote to lies” – resonate today. The correct quote is Martin Luther King, Jr‘s as oft-cited by Barack Obama during his presidency: “The arc of the moral universe is long, but it bends toward justice”. Increasingly, as swathes of people lose rights, that doesn’t feel the case. Summarised best by Martina Laird tonight: progress is not linear. Prior to 2016, we assumed we were all moving forward, if occasionally at a snail’s pace. We now know that’s not the case.

This play – the need to learn history, to know when we’re being lied to, to dispel ignorance, to reject lies – is absolutely a play for today. Please watch and share – and book by this weekend!

The Time Of Our Lies runs at London’s Park Theatre until 10 August 2019. 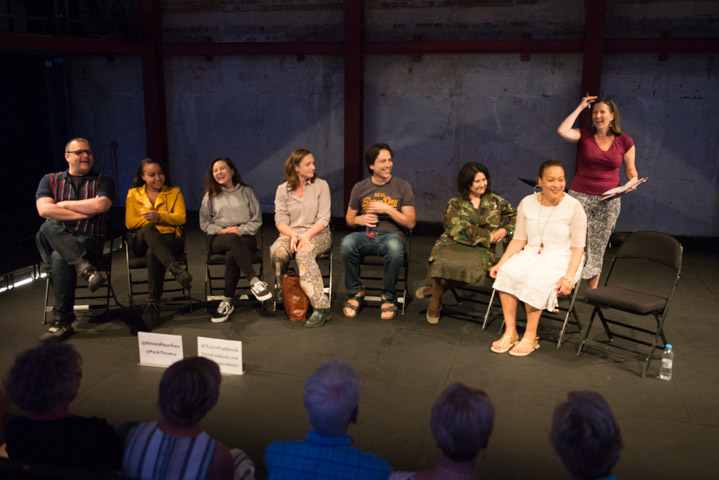 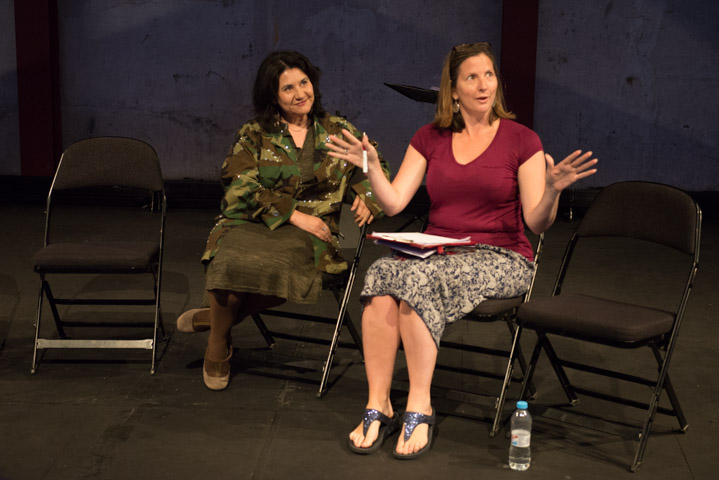 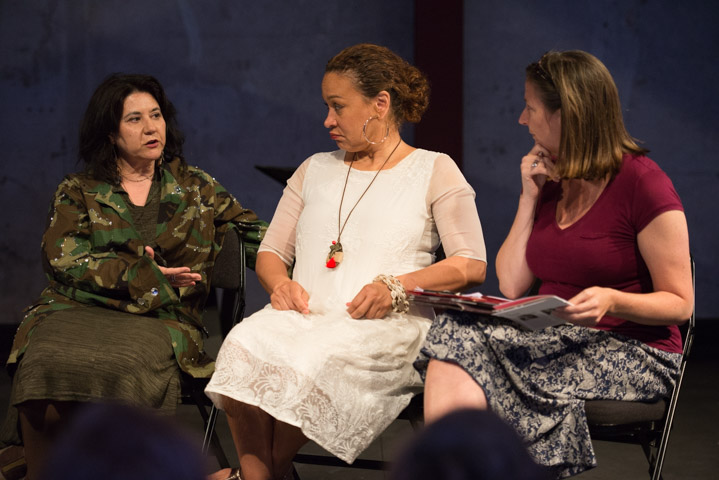 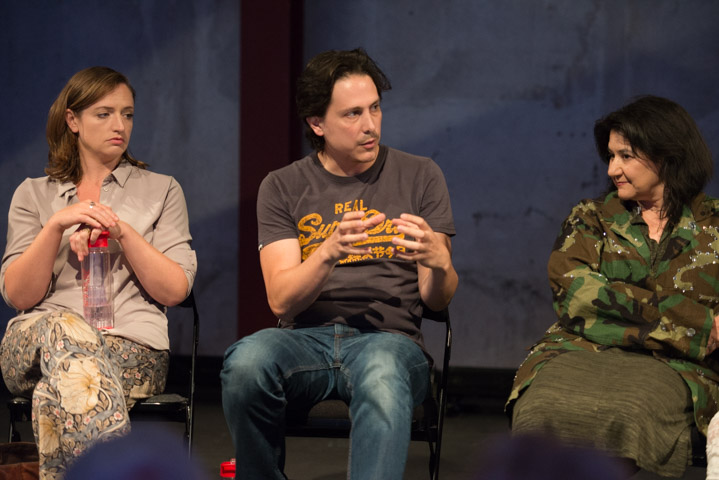 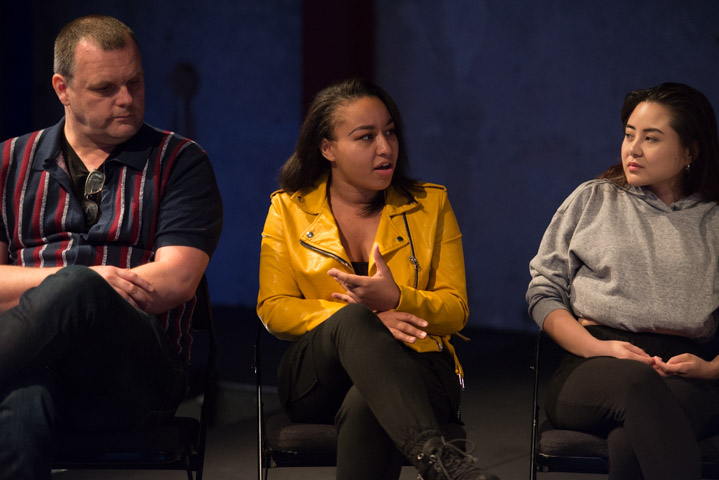 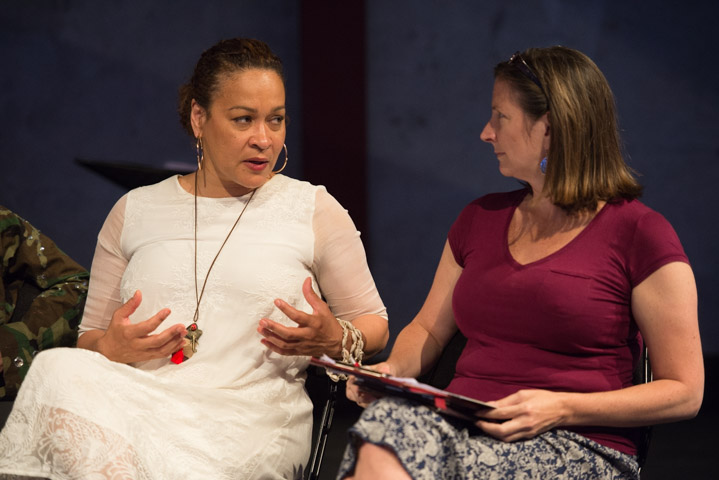 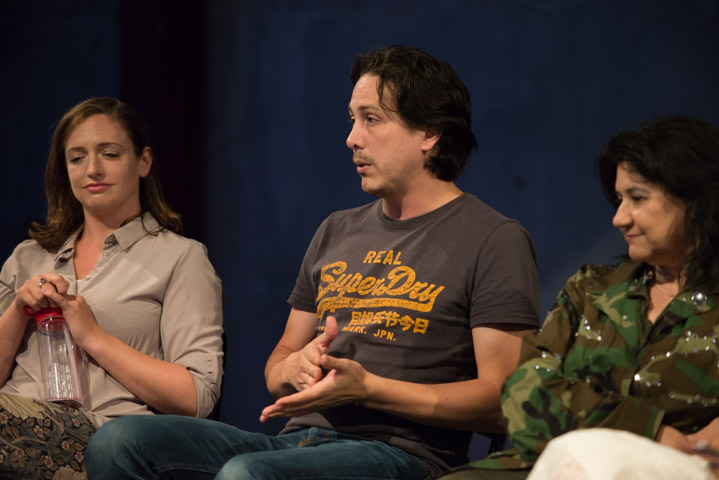 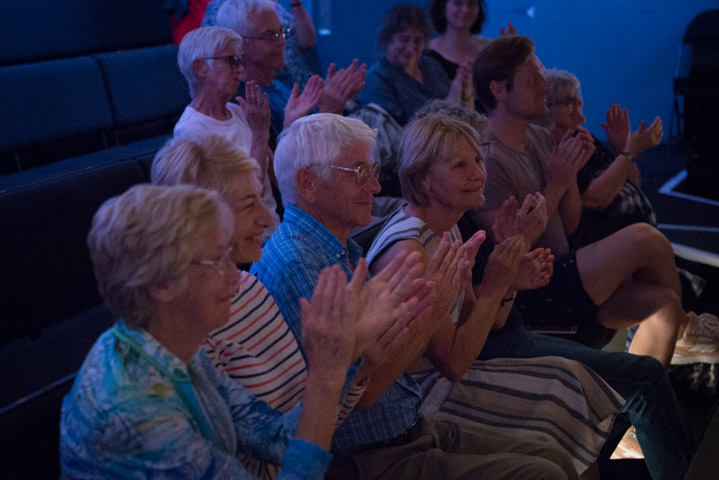 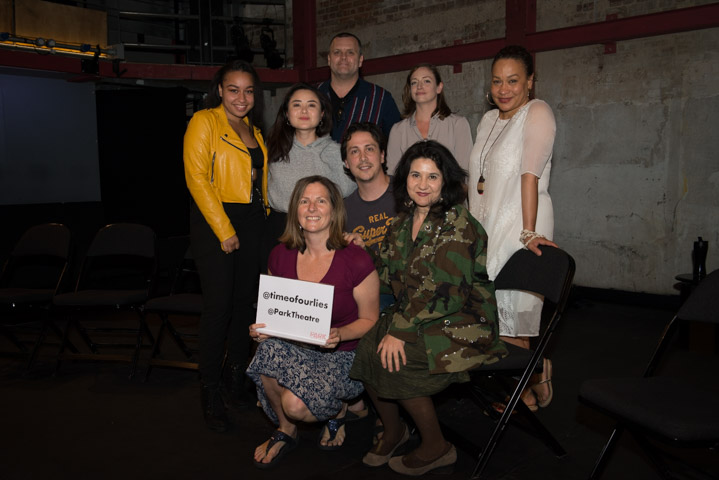 The Time Of Our Lies: Post-show Q&A