This is England: Barbarians tap into anti-austerity rage

This is England: Barbarians tap into anti-austerity rage 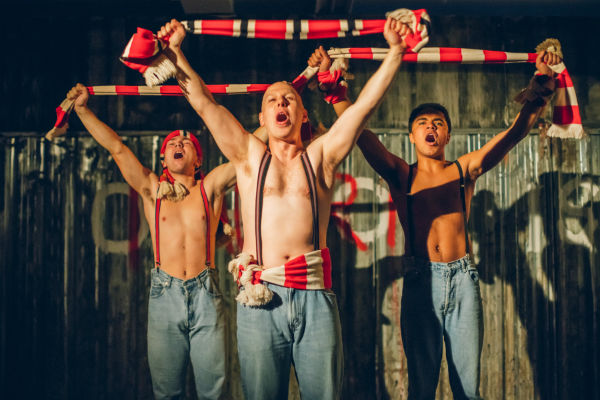 I’m not the only theatre person who was focused on the Conservative Party Conference last week.

Though she may not have anticipated quite the extent of the spitting, pig mask wearing protests outside the gates of the “Tory scum” meetings, Tooting Arts Club producer did intentionally time the opening of her Tooting Arts Club revival of Barrie Keefe’s 1977 play Barbarians to coincide with the conference.

Hot on the heels of her success with her Sweeney Todd pie shop, Rachel saw that the time was right to resurrect Tooting’s 2012 production of Keefe’s trilogy of short plays and stage it even more centrally – indeed, this site-specific, promenade production sprawls out over two floors of the former [now derelict] Central Saint Martins School of Art building on Charing Cross Road.

As with the timing of the production, the setting is absolutely a conscious choice: Central Saint Martin’s is steeped in the punk culture of the late 1970s when the play was written, with the music of The Sex Pistols (as well as The Jam and The Clash) providing an important backdrop to the anarchic onstage action. And now the play is being staged in the building where The Sex Pistols played their very first gig in 1975 (and where they were thrown off the stage after 20 minutes).

Barbarians was written as three short plays about three unruly young men from Lewisham, following their lives, increasing disaffection and alienation, dabbling with Manchester United discipleship and hooliganism, and changing fortunes over a number of years after leaving school with few qualifications and no jobs.

“With widespread youth unemployment and little opportunity on the horizon, there was anarchy in the air.”

As the press release notes of the world of the play: “With widespread youth unemployment and little opportunity on the horizon, there was anarchy in the air.” Sound familiar?

While regularly revived elsewhere, Barbarians is seen rarely in Britain. But Rachel isn’t alone in spotting how it speaks urgently to our current situation. Straight after this run, the Young Vic is mounting a separate production, directed by 2015 JMK Award winner Liz Stevenson.

The author himself is somewhat troubled by renewed interest in the play. “It sounds odd to say, but I’ve mixed feelings about seeing Barbarians revived,” Keefe says. “When I wrote it, I thought it was a play of its time, but in a way it’s sad that it’s still so relevant to the situation of young people today. Obviously, I’m very happy to see it produced, but shocked that the problems in it are still around today.”

The Young Vic production of Barbarians is directed by Liz Stevenson and stars Fisayo Akinade, Alex Austin and Brian Vernel. It runs in The Clare Studio at the Young Vic from 27 November to 19 December 2015.

The following quotes are all from Barrie Keefe‘s play, written in 1977. The photographs are a mix of Tooting Arts Club Barbarians production shots and political protest scenes from the Conservative Party Conference and elsewhere. 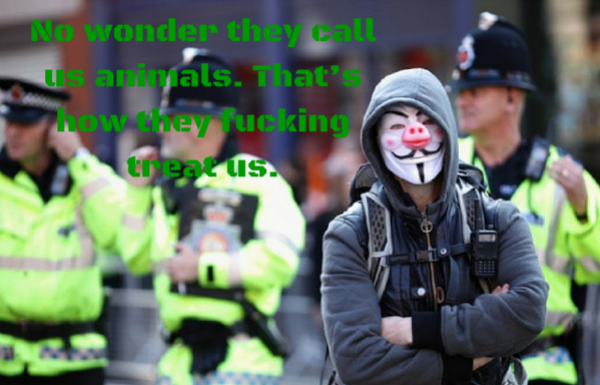 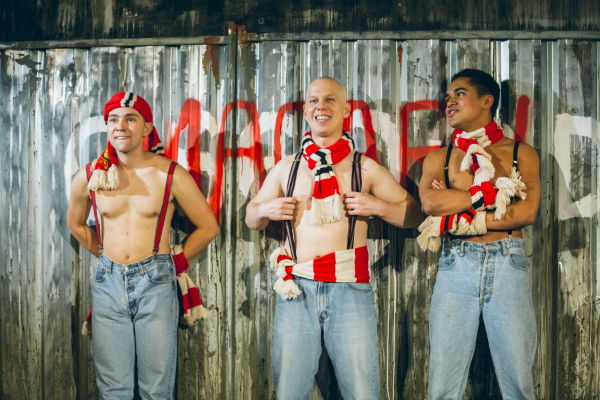 “Like when we’re standing there … crushed in, thousands of us … and ‘cause you’re in the red and white, it don’t matter that no one knows you, ‘cause you’re like brothers, so close … all together … all together … and all leaning together, the same way, and all breathing together, like, not thousands of people, but like one … like a great giant breathing… I wish it could be like that every day of the week.” 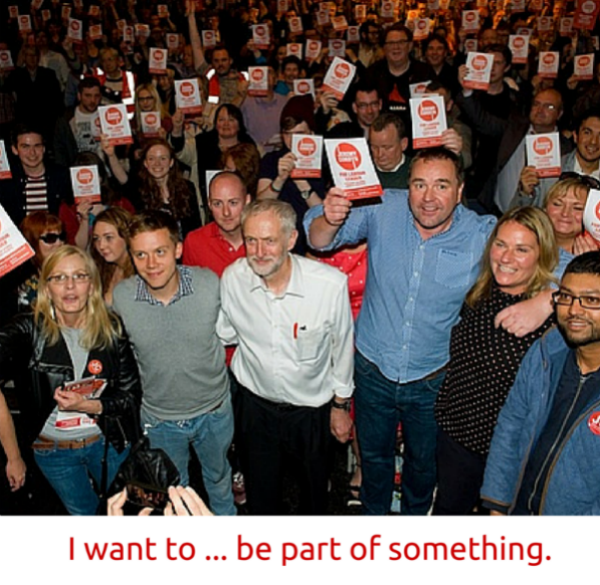 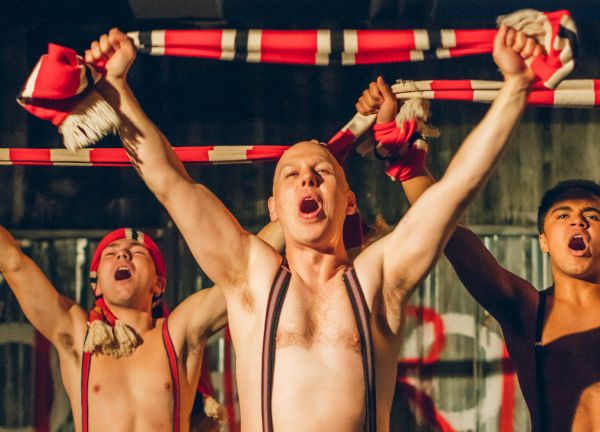 Thomas Coombes struggles to contain his rage as Paul in Barbarians

“They’ll barricade the windows, the pubs’ll lock their doors, the lights will go off in the shops and the police will line the pavements, white with fear … Cops’ hats’ll bobble like decorations on a windy promenade … The air will be heavy with shouts and yells and the smashing of glss … No one will ignore us. We will not be ignored. They’ll talk about us, write about us, hate us. Hate us. Hate us. Animals, call us animals … not ignore me … won’t be ignored … not ignore me .. not … ignore … me.” 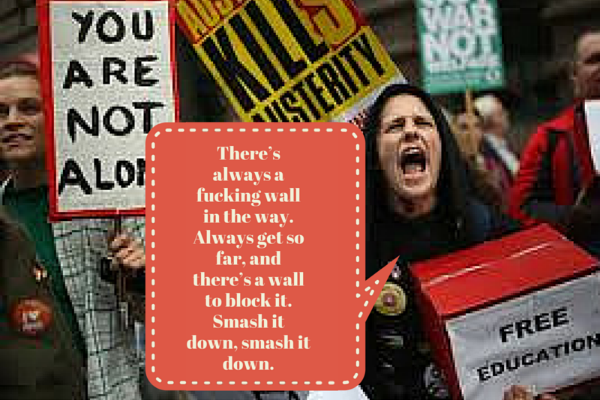 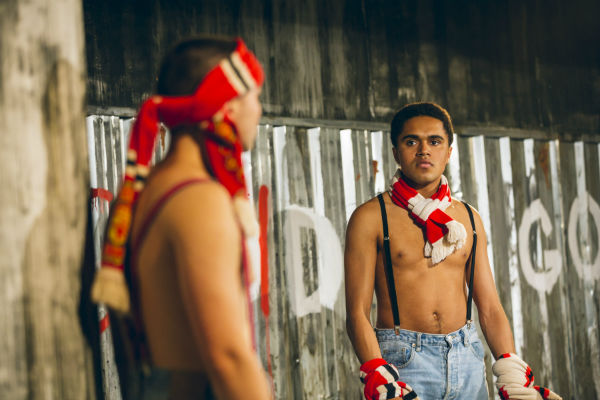 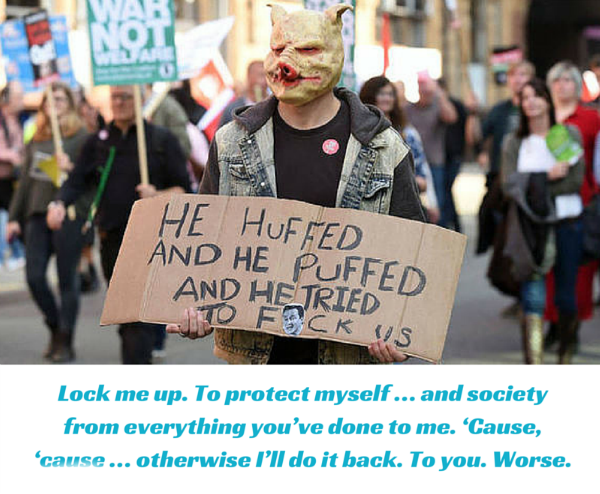