My theatre diary: Only Forever, Brave New World and See What I Wanna See

My theatre diary: Only Forever, Brave New World and See What I Wanna See 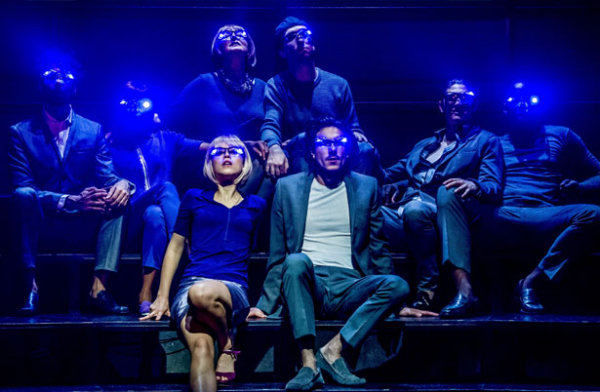 Off-West End, out of town and out of this world. I’ve seen a few shows recently that have left me feeling distinctly disquieted… for their visions of the future, their distortions of the past and potential Armageddons.

As usual, I’ve listed productions in closing date order, and the first on the list, Only Forever , finishes this Saturday, so don’t delay if you want to see it. 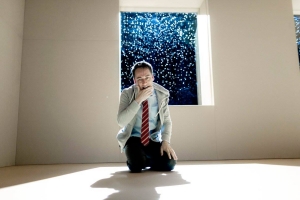 Eelco Smits in Song from Far Away at the Young Vic

Also on the disquieting front, one that was with us for far too short a run – so let’s all hope for a second coming – was the mesmerisingly melancholic Song from Far Away, the monologue written by Simon Stephens, performed by Eelco Smits, directed by Ivo van Hove with design and lighting by the towering talent that is Jan Versweyveld (the pair returning to the Young Vic following their mega-hit with a stripped-down A View from the Bridge, which transferred to the West End with Mark Strong earlier this year), and music by Mark Eitzel. Do be sure to check out the tweets and more production pics from that one. This must have a repeat season at the Young Vic soon. Watch this space… 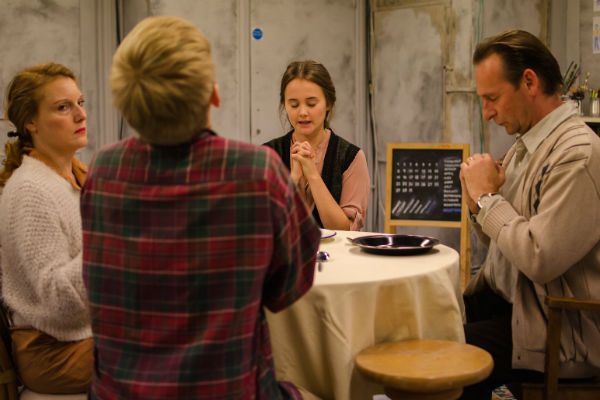 Christine Rose, Lewys Taylor, Jennie Eggleton and Edward Pinner in Only Forever at The Hope Theatre

Only Forever marks the playwriting debut for Spanish-born writer Abrahan Arsis and the second offering from Tangled Thread theatre company, which is dedicated to promoting new writing and new talent.

I couldn’t quite decide whether it’s a re-imagined past – an exceedingly bleak Blitz aftermath story – or a future near-Armageddon. Either works for the intriguing premise: in this never named time and place, a terrible war has driven George, Margaret and their three children to the safety of a hidden bunker.

But, after years underground, the refuge has become a prison and acts of love and protection are beginning to resemble acts of torture. The eldest son may (or may not) have already made a break for it, and adolescent daughter Victoria is suffering more and more from raging hormones and sneaking suspicions about what’s really going on.

The double twist in the tail doesn’t come as as much a shock as it should, but the four-strong cast – Edward Pinner and Christine Rose as the parents, and Jennie Eggleton and newcomer Lewys Taylor as the remaining children – do well to convey the claustrophic nature of the family’s existence in Poppy Rowley’s taut production.

Only Forever continues at The Hope Theatre until this Saturday 26 September 2015. 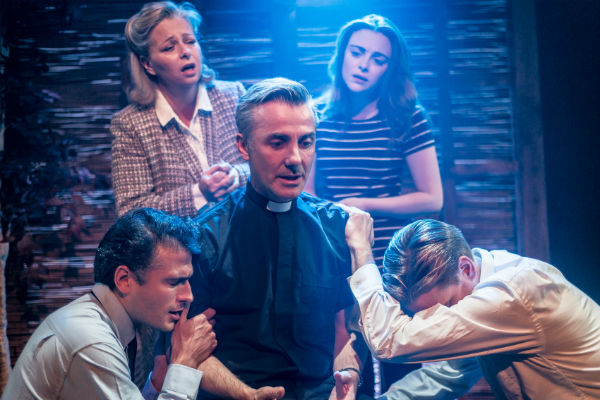 See What I Wanna See

Do you remember how it felt in the days immediately after 9/11? As if the world really might be on the verge of armageddon? As if everything civilised had been destroyed and could never be salvaged?

Those feelings came back to me with force on the night I attended the London premiere of See What I Wanna See, and not just because it was held on this month’s anniversary of 9/11 (has it really been 14 years?). But also because American composer, lyricist and book writer Michael John LaChiusa wrote the Off-Broadway musical in post-9/11 New York and, while never directly referencing it, sets Act Two (“Gloryday”) in Central Park in 2001, a year after “the tragedy”, where many desperate lost souls are still searching for redemption and meaning.

Act One is also set in and around Central Park nearly 50 years earlier: a murder has occurred and we’re left guessing about the true identity of the murderer as we listen to the parade of unreliable witnesses, including the dead man himself. These two tales – as well as brief prologues to each act – are based on three short Japanese stories by Ryunosuke Akutagawa.

“There will be a miracle… We all need a miracle,” sings Sarah Ingram’s dying and disillusioned Aunt Monica at one point. Amen to that. But what to believe and who to believe – when it comes to miracles, or anything else – is the question. Also check out Adam Lenson’s director’s notes about See What I Wanna See, published on MyTheatreMates.com.

See What I Wanna See continues at the Jermyn Street Theatre until 3 October 2015. 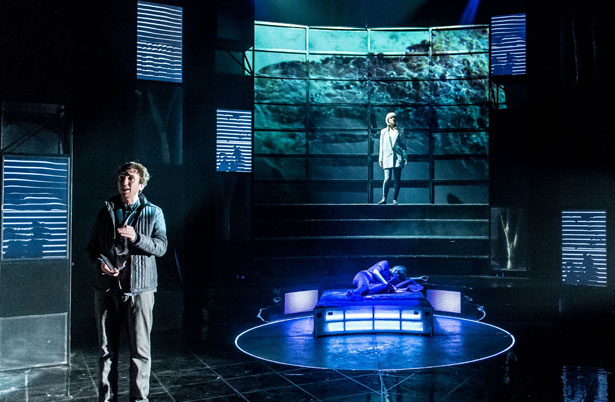 I must declare an interest in this one: it’s produced by my client, the Touring Consortium Theatre Company, for whom I manage content and social media strategy on their sister website Theatre Cloud (www.theatrecloud.com). So I’ve been following the development of this world premiere stage adaptation of Aldous Huxley’s 1931 novel for many months now.

Having seen so much work go into this show by all involved, it was such a treat to see it unveiled last week at Royal and Derngate, Northampton. Brave New World is adapted by Dawn King and directed by Northampton artistic director James Dacre, who have brought Huxley’s prescient dystopian vision to thrilling life with the help of a crack company, led by Sophie Ward as the new World State controller Margaret Mond (gender-bender: in the novel, this character is a man named Mustapha). 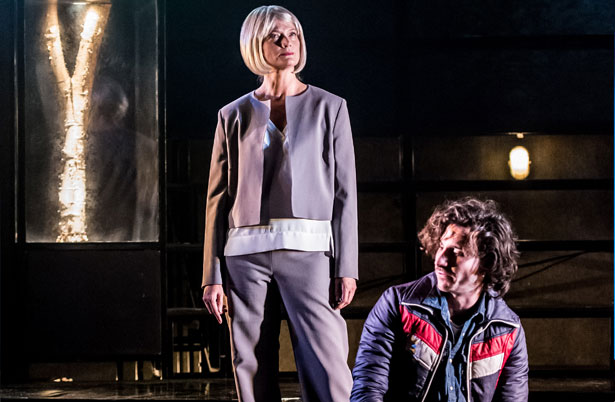 Brave New World is at Royal and Derngate, Northampton until 26 September 2015, and then tours to Edinburgh, Oxford, Nottingham, Cheltenham, Wolverhampton, Darlington, Blackpool and Bradford, where it concludes on 5 December 2015.

For full tour dates, reviews, tons of interviews and features, and much more insight into the Brave New World creative process, please do check out all our coverage on www.theatrecloud.com.