The ‘will of the people’? London has no place in My Country

Home-The ‘will of the people’? London has no place in My Country

The ‘will of the people’? London has no place in My Country 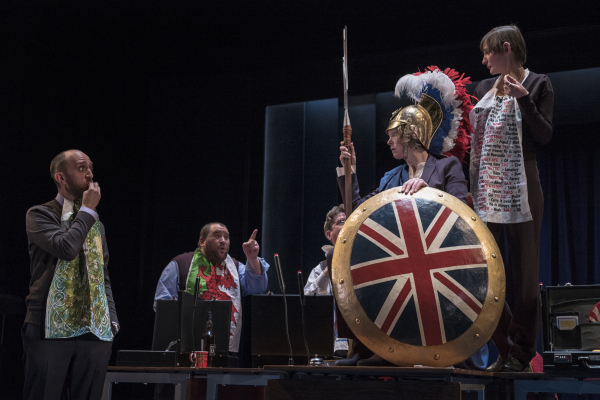 My Country; a work in progress

I’ve never voted Conserative. Indeed, the morning after the 2015 General Election, I was so horrified that, after five years of austerity, the Tories had not only got back in but had done so with a majority, that I immediately joined the Labour Party and vowed to get the Tories out at the next election. As then Prime Minister, David Cameron was clearly no friend of mine.

Then the EU Referendum happened. I won’t quote recent history back to you chapter and verse or pretend that Cameron, leading the Remain side against so much of his own party, did everything right (chief mistake, calling the sodding thing in the first place). But, as an activist who campaigned for both Labour in for Britain (and was driven to despair by the sabotaging lack of effort exhibited by my own party leader) and Britain Stronger in Europe, I came grudgingly to admire the man.

He did, as he said in his resignation speech outside 10 Downing Street on 24 June, campaign “passionately” with “head, heart and soul”. 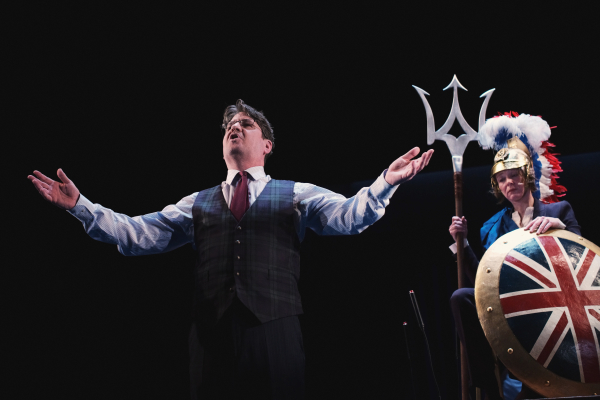 That speech is part of the patchwork of My Country; a work in progress, the National Theatre’s new verbatim play in response to last summer’s vote. In fact, despite lengthy interviews with 70 ‘ordinary’ voters across the country that went into it, the piece relies on Cameron’s indefatigable speeches to provide any compelling perspective from the 48%.

Cameron and some fleeting spiritedness from “Caledonia”. Scotland is one of seven regional representatives convened at a summit by “Britannia” in the play. The others are East Midlands, Northern Ireland, North-East, South-West and Wales. No explanation is given as to why London and the South-East are no-shows (or the North-West for that matter) – were they even invited or, as may be inferred in the case of Londoners, just continuing their habit of never listening to the rest of the country?

The omission isn’t accidental. In an interview with the Guardian, National Theatre artistic director Rufus Norris, who has directed the play and shares co-writing and editing credit with poet Carol Ann Duffy, acknowledges that the NT’s “own position at the heart of the metropolitan elite [god, how I loathe that term] was part of the problem”. Or, in Norris’ own words:

“It was very clear that part of the rancour, the protest, was about the dominance of metropolitan, London-based voices telling us this is how we do things.”

So no Londoners, bar politicians, in the play. What’s more, the voices from elsewhere included were counted to ensure they corresponded to the 48/52 split – yes, an intentional Leave bias.

But, I wonder, is this really about redressing an imbalance or is it over-compensating? Since 23 June, if there is a group that’s being silenced and marginalised, it’s we distraught Remainers, fearful of the future, alarmed by the hard shift to the right in both domestic and international politics, worried for our European friends and neighbours, and increasingly angry about the prospect of a Hard Brexit. (And how about the voices of the EU nationals living here, the UK nationals living in Europe, the victims of rising hate crimes?)

Why are we not being listened to as well? Given that Norris himself was an avid Remainer, shocked by the result, the omission feels like an extreme act of mass self-censorship. 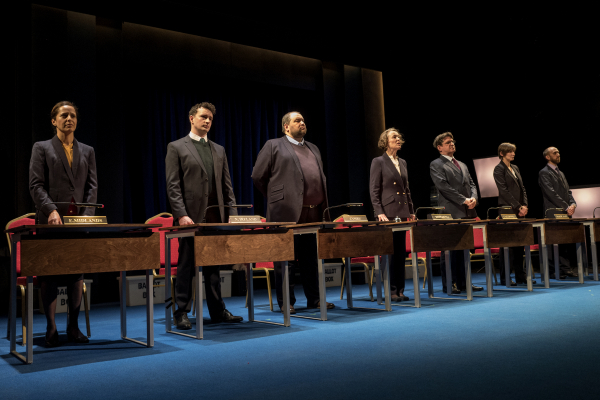 I fear too that the weight and arrangement of voices in the play won’t be interpreted as a listening exercise but rather a reinforcement of a (false) narrative: on patriotism, on immigration and on what role the European Union actually performs. I left with no new-found understanding or empathy towards “the other side”, only renewed frustration that so many people seem to have cast such a critical vote on the basis of misinformation, ignorance or indifference, with little regard to the actual question being asked.

If there was an epiphany for me listening to the litany of casual racism, prejudices, misplaced anger, regional stereotypes and anti-politics sentiments, it was how much more susceptible the UK electorate might be to a Trump-like takeover than I’d previously assumed. In recordings of the actual interviewees near the end of the short evening, one woman laughingly suggests that the UK might be better off under a “benign dictator”. Ha ha?

The play is dedicated to the late Labour MP and Remain campaigner Jo Cox and the words from her now-famous maiden speech to the House of Commons – that “we are far more united and have far more in common than that which divides us” – are included in one of Britannia’s poetic musings. Britannia (played by Penny Layden) also represented Cameron and the other politicians sprinkled throughout: Boris Johnson, Nigel Farage (cringe again at his boast that the referendum result was “a victory for decent people… without a single bullet being fired” and its blithe disregard for the three used to end Jo Cox’s life), Michael Gove, Theresa May and apparently, Jeremy Corbyn. Though, with the last, it wasn’t clear to me when he spoke or what he said (about the same level of impact as he had on the actual referendum then).

Having campaigned in torrential rain from 7am to 10pm on 23 June, I was spent physically as well as emotionally on the 24th. But it was hearing Cameron’s resignation live that tipped me over the edge into hysterical bawling on the day. A Conservative government with a narrow majority under David Cameron was one thing; a Conservative government driven by its Brexiteer wing, dancing to the tune of UKIP and Trump, facing no real scrutiny or chance of being unseated by the opposition … is something else again. Cameron’s resignation was the beginning. Where will it end?

My country; a work in progress continues at the National’s Dorfman Theatre until 22 March 2017, and then tours to Glasgow, Derry, Liverpool, Manchester, Leicester, Cardiff, Gloucester, Edinburgh, Birmingham, Warwick, Clwyd, Cambridge and back to east London’s Theatre Royal Stratford East from 19 June to 1 July 2017.

My Country – Curated tweets by MyTheatreMates