The Shark Is Broken: This play has helped me conquer a life-long fear

Home-The Shark Is Broken: This play has helped me conquer a life-long fear

The Shark Is Broken: This play has helped me conquer a life-long fear 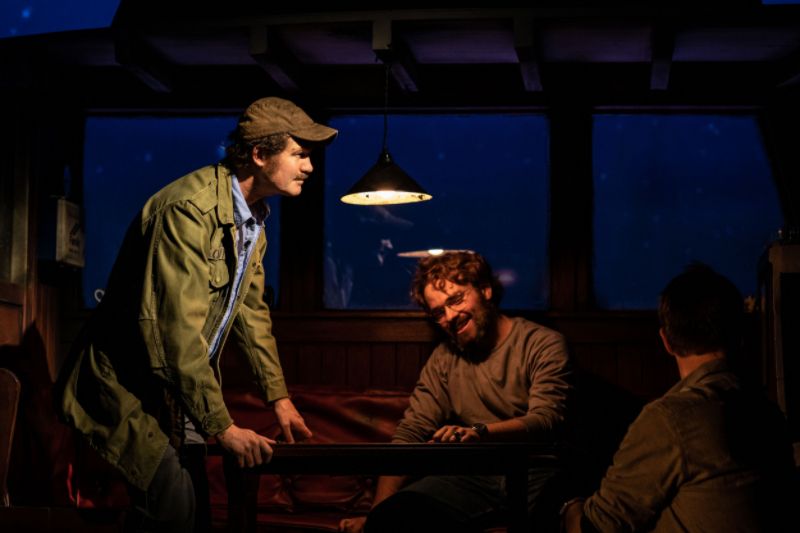 The Shark Is Broken, the 2019 Edinburgh Fringe hit that has now transferred for an extended West End season at the Ambassadors Theatre, not only thoroughly entertained me for 90 minutes, it helped me conquer a life-long fear.

When I was a child, our family’s annual summer vacation was a week at Myrtle Beach, South Carolina. On the first night of our beach week in the summer of 1975, when I was five years old, my father treated us all to a night at the movie house. Determined to make the most of our big night out, my sister Alicia and I begged to sit in the front row. My parents preferred the back of the auditorium but, as long as I stuck with Alicia, who was three years older, Dad allowed us to choose our own seats… just like grown-ups.

Can you guess what the film was?

Of course, you can. All was well during the first few minutes of Jaws as we met the local police chief and his family in the beach town reminiscent of Myrtle where we were. But then as the teenage blonde skipped away from the bonfire party and into the ocean for her night-time skinny-dip and the famous John Williams’ music began duh-duh duh-duhing, I started to whine. I didn’t like this at all.

The way my father tells it, when the unseen shark took its first chomp of the girl: “You’ve never seen two kids run so fast.” We raced up the movie theatre aisle and jumped into a parent’s lap each.

The rest of the week at Myrtle Beach that year, and for several subsequent years, my mother could do nothing to coax me into the open water. I built a lot of sandcastles instead.

I became terrified of the very idea of sharks. I wrote a school essay on how to avoid getting bitten by a great white – don’t wear a red swimsuit, don’t go swimming if you’ve cut your finger, better yet don’t go swimming at the seaside at all. After The Carol Burnett Show parodied Jaws with a sketch in which a “sewer shark” preyed on its victims through bathroom drains, I refused to take a bath.

In all the years since, I have never been able to watch Jaws (let alone any of the sequels). Just hearing the music induced nightmares.

Forty-six years later, The Shark Is Broken has provided me with an overdue opportunity to reexamine my irrational childhood fears and the movie that caused them.

I was fascinated by the story behind the play telling the story behind the film. The Shark Is Broken is the brainchild of Ian Shaw who co-wrote it and stars as his own late father Robert Shaw. It is uncanny just how much Ian looks and sounds like his father as the grizzled shark hunter Quint.

And it is incredibly poignant to hear in the play the character of Robert talk about his alcoholism, his relationship with his own alcoholic father who killed himself aged 53 when Robert was 12, and his hopes for a better outcome for his own children.

In fact, in 1978, three years after Jaws’ release, Robert died even younger than his father (at 51) when Ian, one of 10 offspring, was even younger (8) than he had been. Ian, now 51 himself, writes about his father in a programme note, and this play is just an astonishing tribute to a hugely talented if tragically flawed man.

Guy Masterson’s production also boasts two other great performances from Demetri Goritsas and Liam Murray Scott, as, respectively, a dignified Roy Scheider and a young and neurotic Richard Dreyfuss, limbering up for his own substance-abuse challenges; and astounding oceanic video design by Nina Dunn. And there are lots of nuggets of interest and amusement for film buffs, with offstage contributions from fledgling director Steven Spielberg, then just 26 years old.

After enjoying The Shark Is Broken, reading all the programme notes, including the excellent piece “How a Malfunctioning Robotic Shark Made Jaws a Horror Classic”, and tunnelling through Wikipedia on the film and all its players, I summoned up my courage to watch Jaws again with fresh eyes.

The result? A new appreciation, and no nightmares. Thank you, Ian Shaw.

The Shark Is Broken has extended at the West End’s Ambassadors Theatre until 13 February 2022. 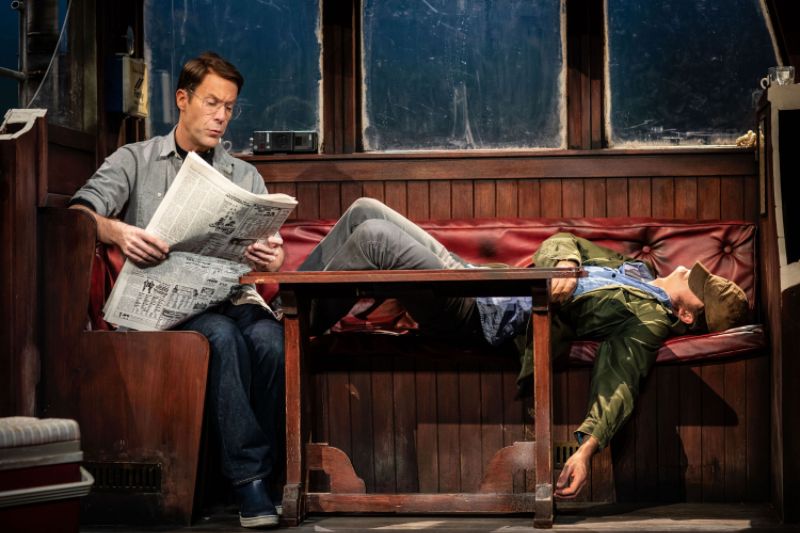 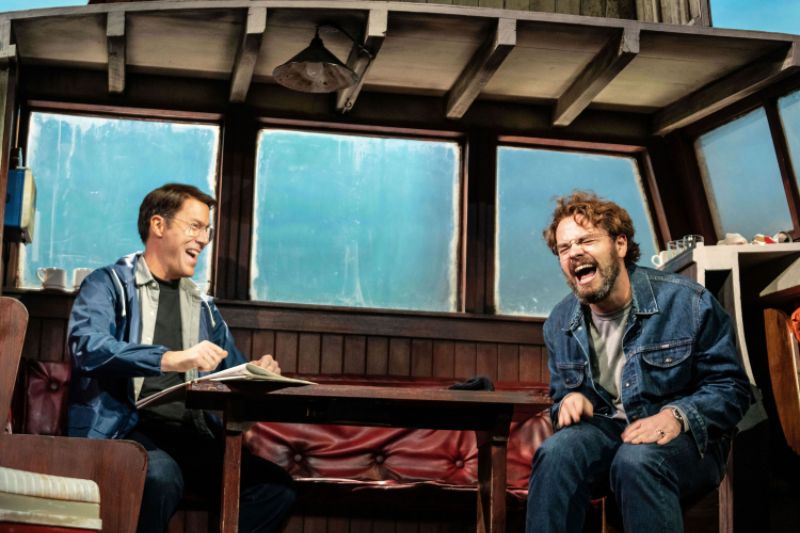 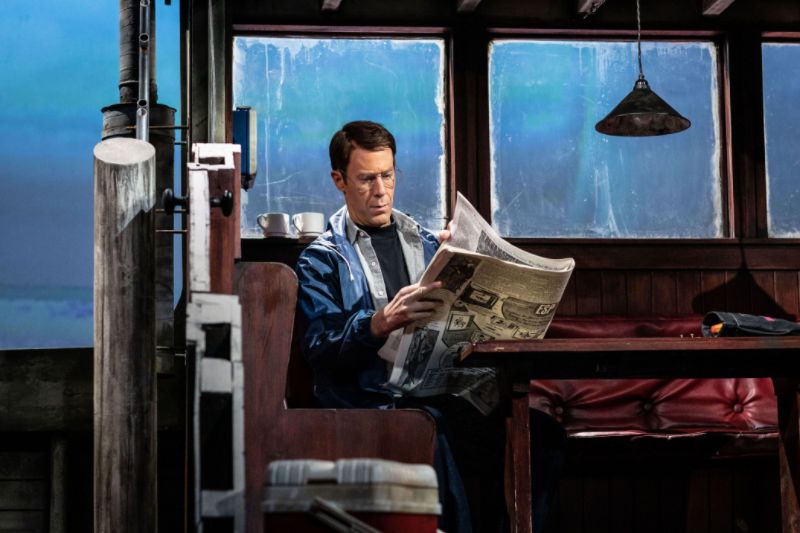 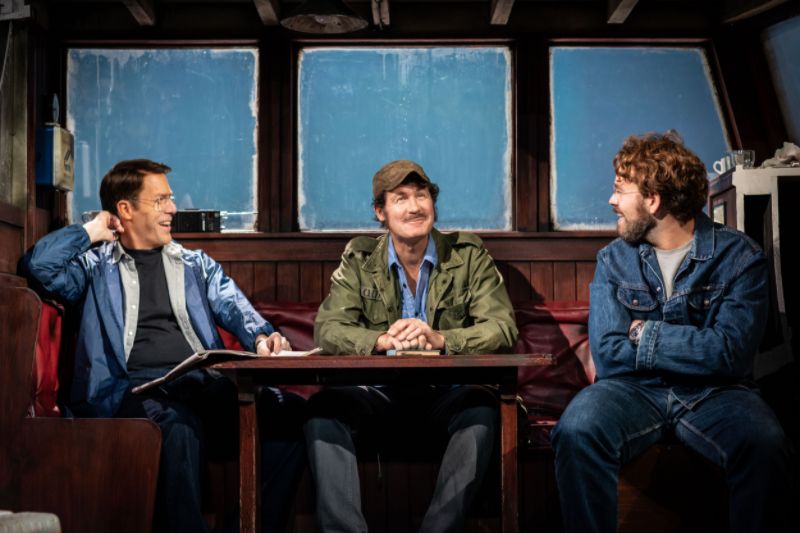 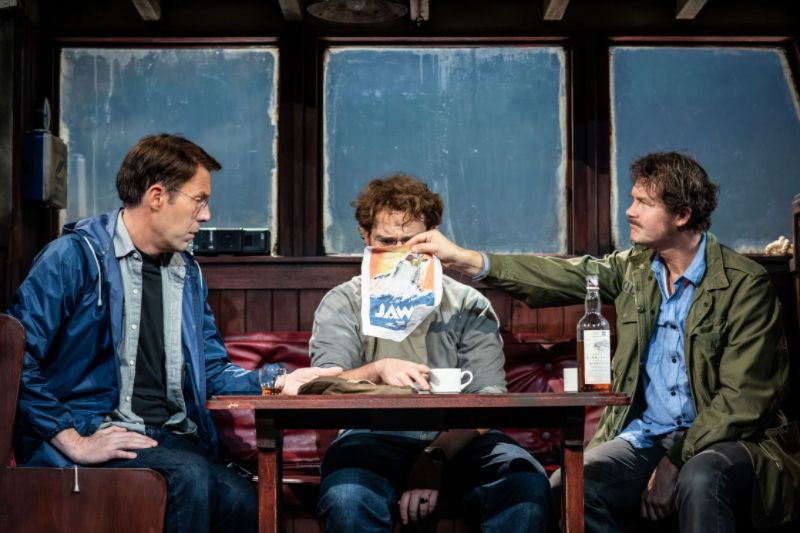 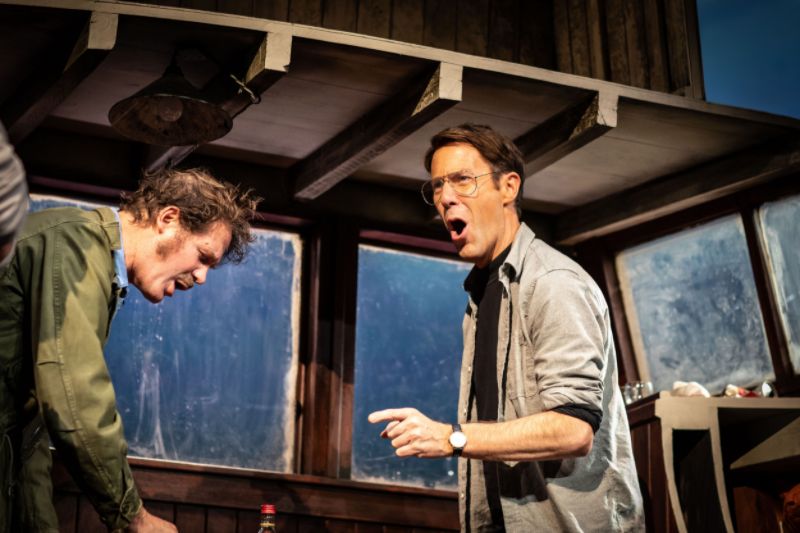 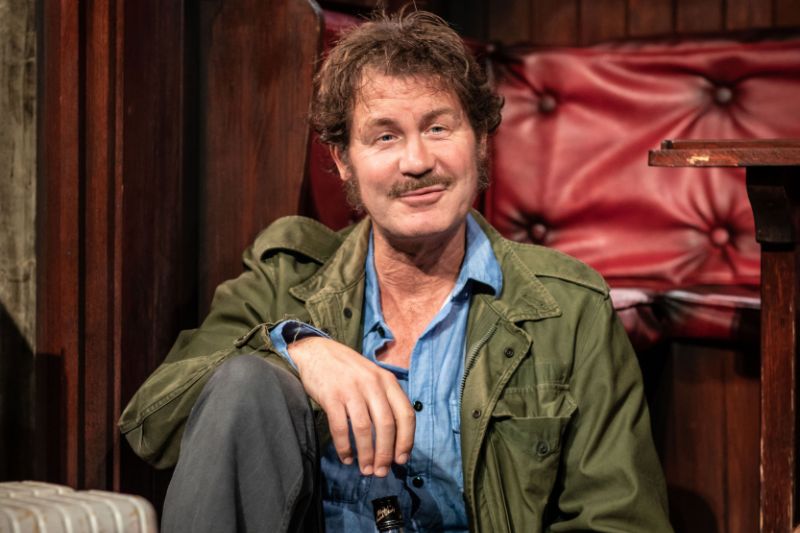 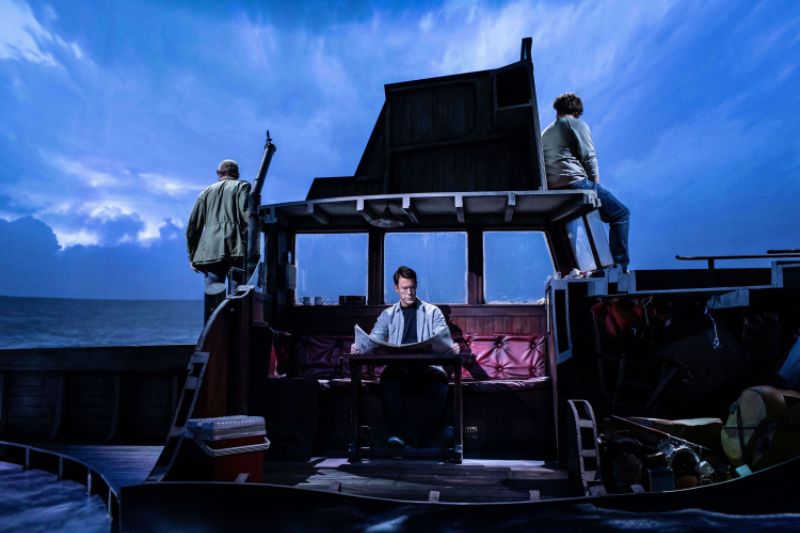 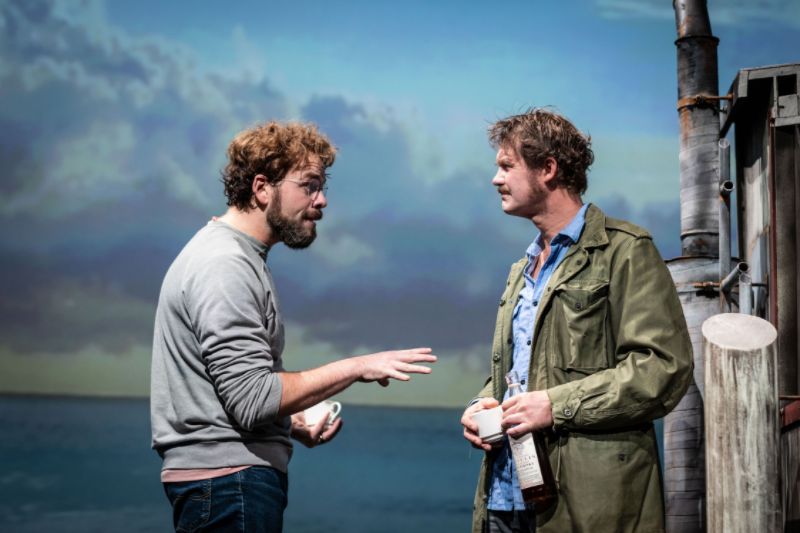 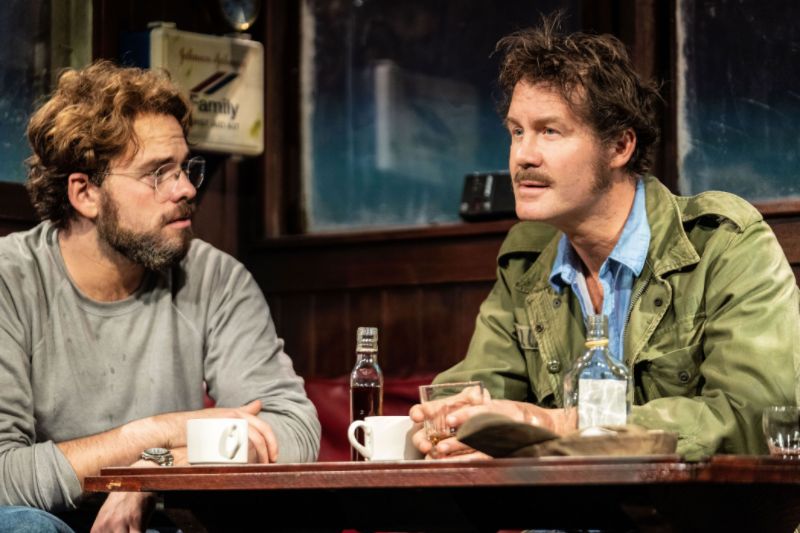 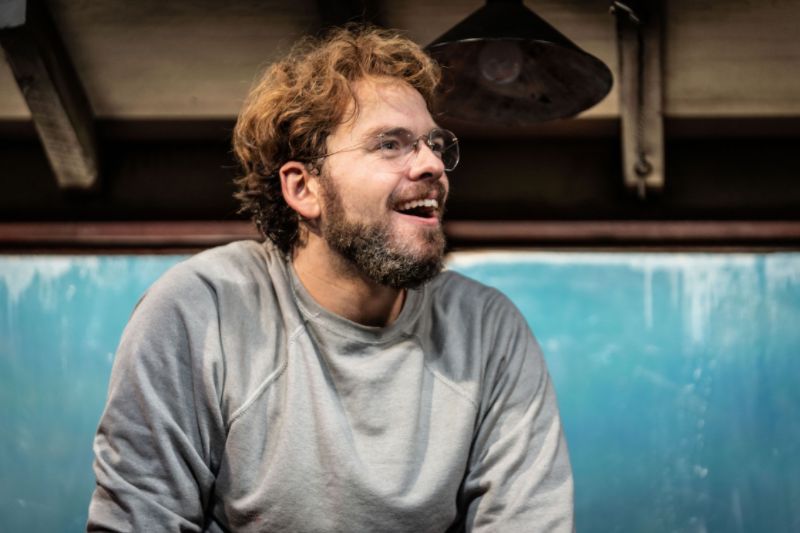 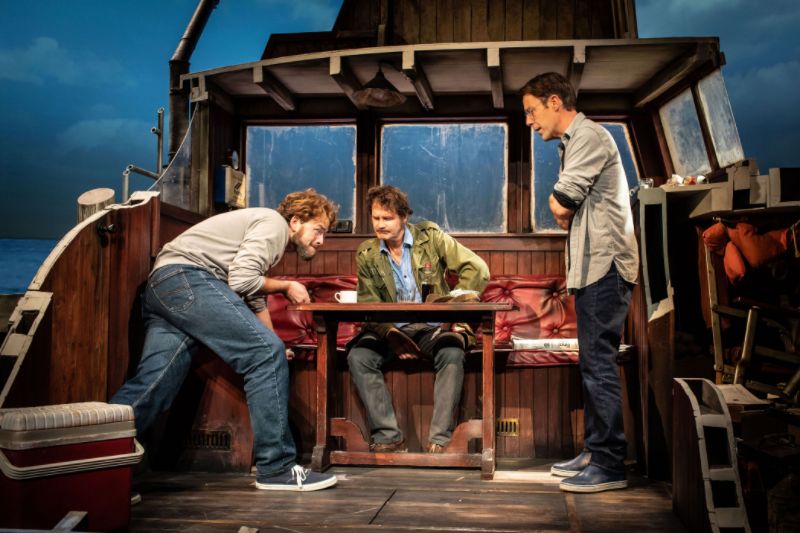