The Last Five Years: The piano is the new star in Jason Robert Brown’s two-hander

The Last Five Years: The piano is the new star in Jason Robert Brown’s two-hander 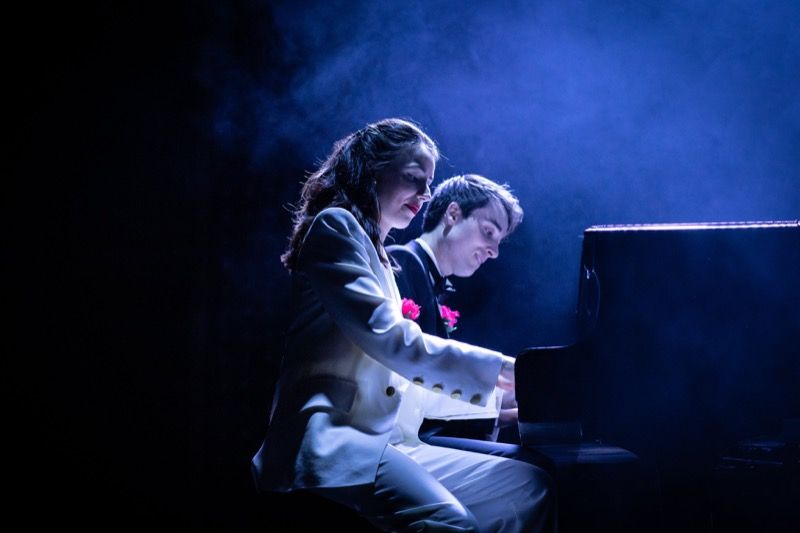 There’s a line in The Last Five Years, Jason Robert Brown’s semi-autobiographical musical two-hander about a relationship breakdown, that gets me every time:

“I will not lose because you cannot win”

Ouch! Wildly and precociously successful novelist Jamie sings it to his fellow twenty-something, jobbing-actress wife Cathy in the song If I Didn’t Believe in You, in which he also lectures her on having courage and thickening her skin and warns “I will not fail so you can be comfortable, Cathy.”

Does anyone – especially any woman who has (as so often) sublimated herself in the glare of a male ego – hearing this not wince on Cathy’s behalf? The edges of Jamie’s supreme self-confidence are softened by another line, a plea really, that also catches me in this song:

“Don’t we get to be happy, Cathy?
At some point down the line”

Given that The Last Five Years is famously structured from the two different ends of the couple’s relationship, the show opening with Cathy abandoned and devastated, it’s no spoiler to say that the answer to that question is no.

It’s twenty years since Jason Robert Brown‘s oft-revived song cycle premiered, two decades of countless pairings of Cathys and Jamies, including some very famous ones. In this richly-deserved West End transfer the Garrick, we have Molly Lynch and Oli Higginson reprising their acclaimed performances from the show’s original Covid-curtailed run at London’s Southwark Playhouse in March 2020.

They manage to lift a slight tale to a new level because they are not just powerful actors and singers but also, critically, musicians. It’s director Jonathan O’Boyle‘s ingenious choice to mount this as an actor-musician production, in which a baby grand – literally – takes centre stage, with Lynch and Higginson manoeuvring around one another – sometimes playfully, sometimes menacingly – to pound the keyboard. (A brilliant five-piece band, positioned behind designer Lee Newby‘s toppling-over neon light statues, also accompany them with great verve.)

I resist declaring any production definitive – how would I know, I haven’t been to every single production ever – but I am happy to declare that this is definitely the best production of The Last Five Years that I myself have ever seen.

The Last Five Years is booking at the Garrick Theatre until 17 October 2021. 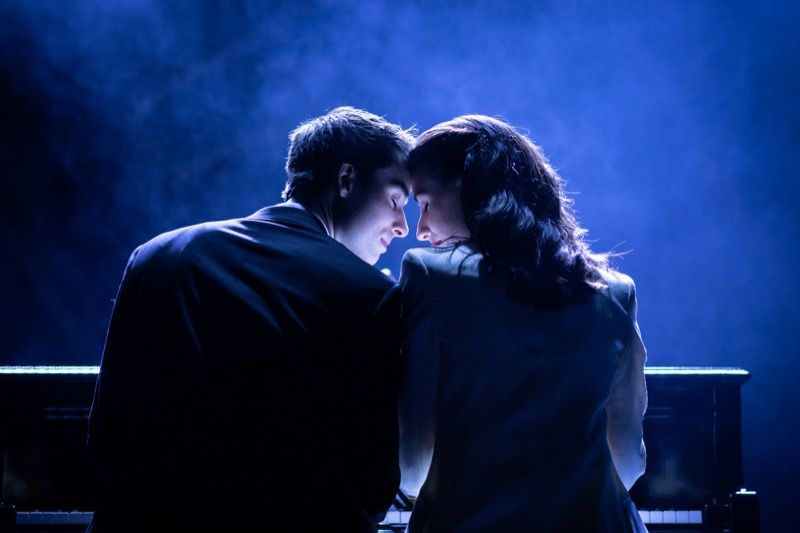 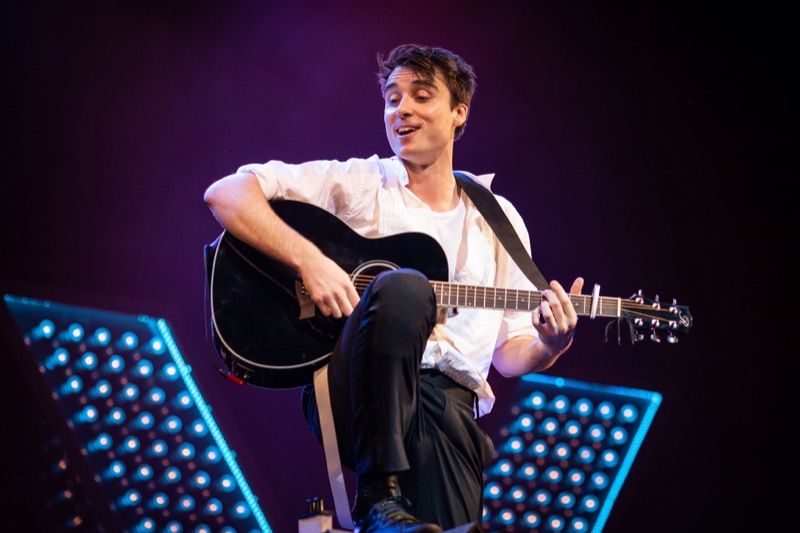 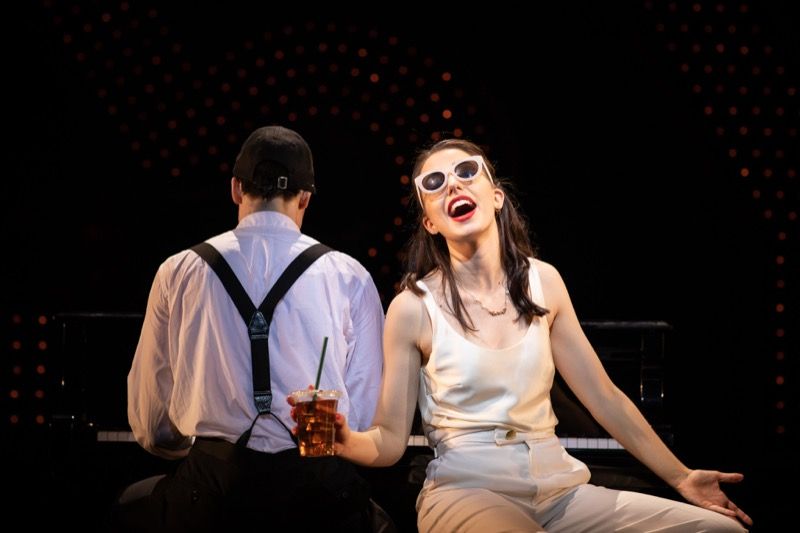 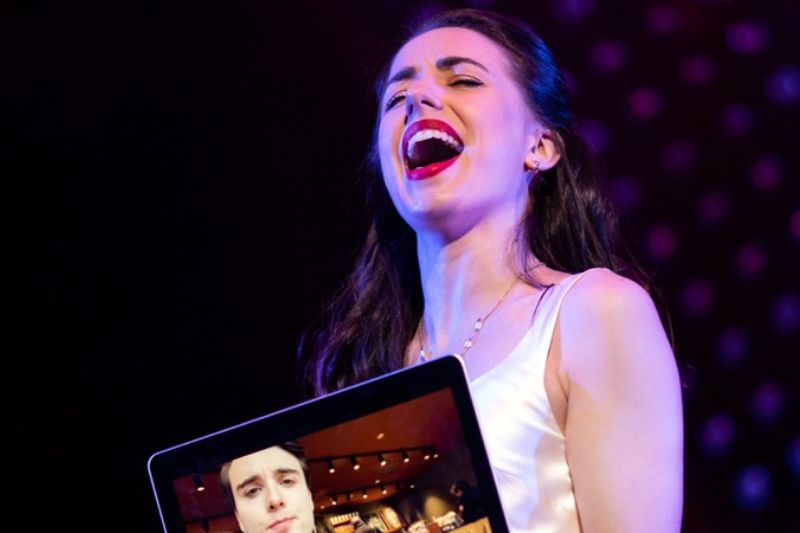 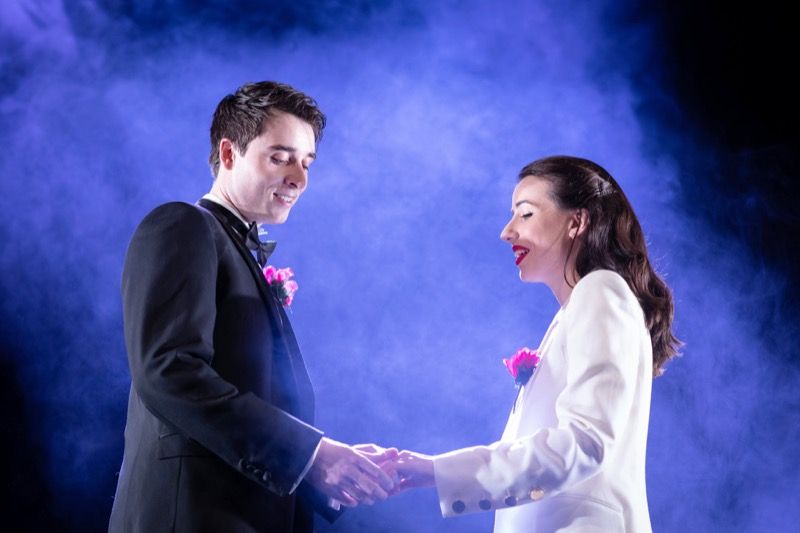 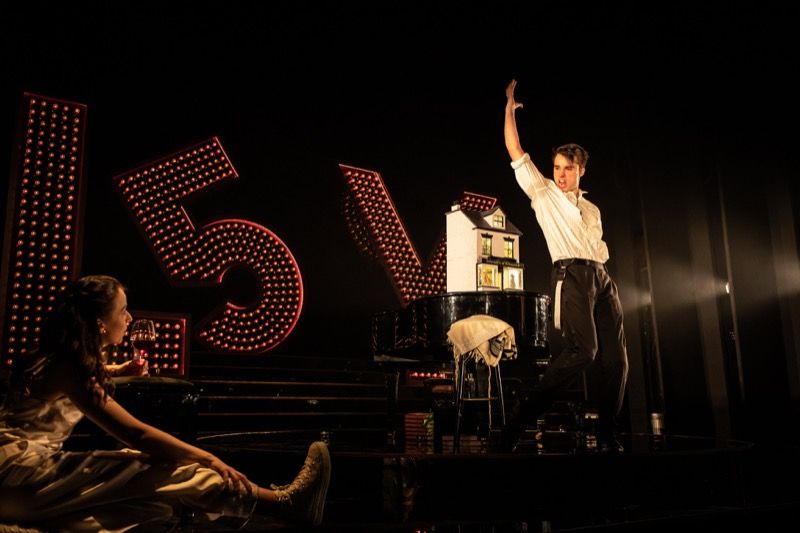 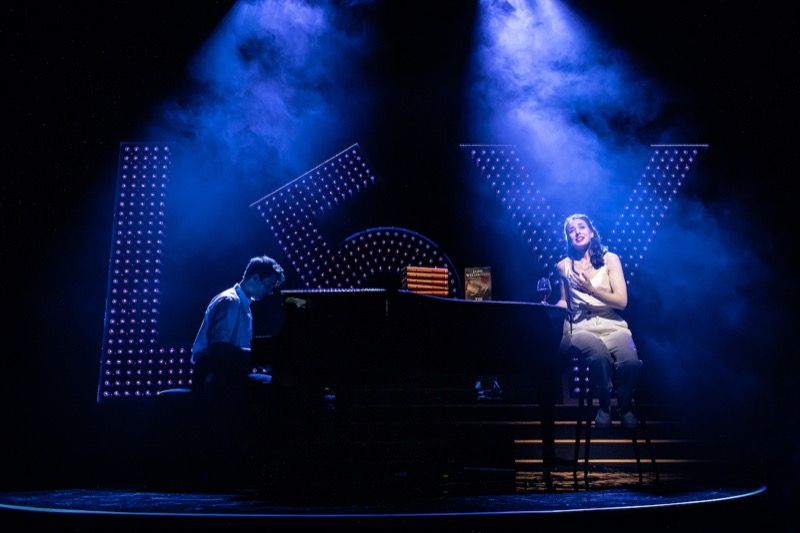 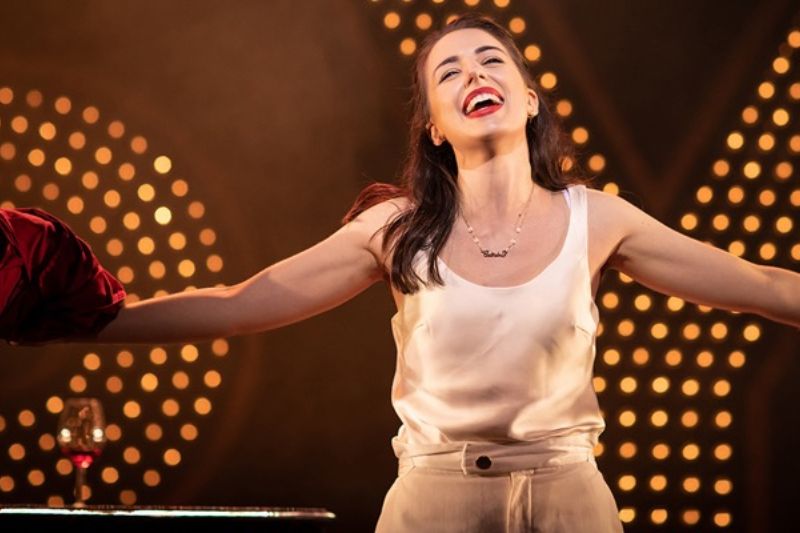 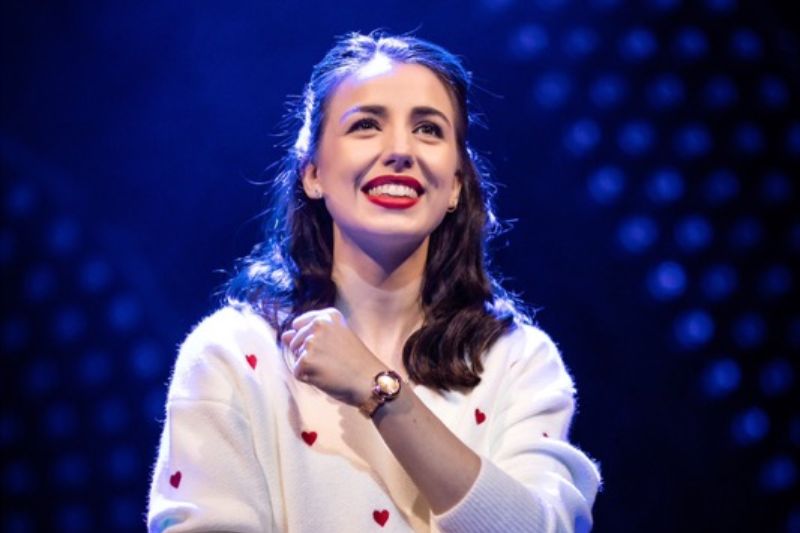 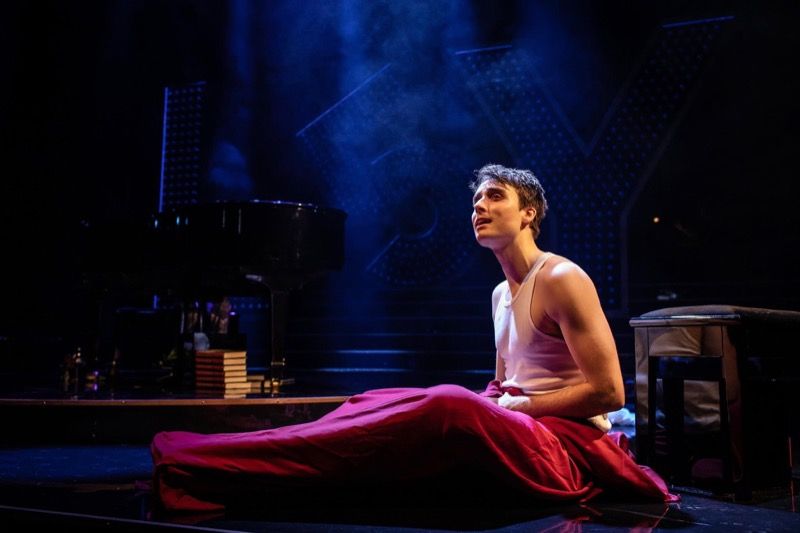 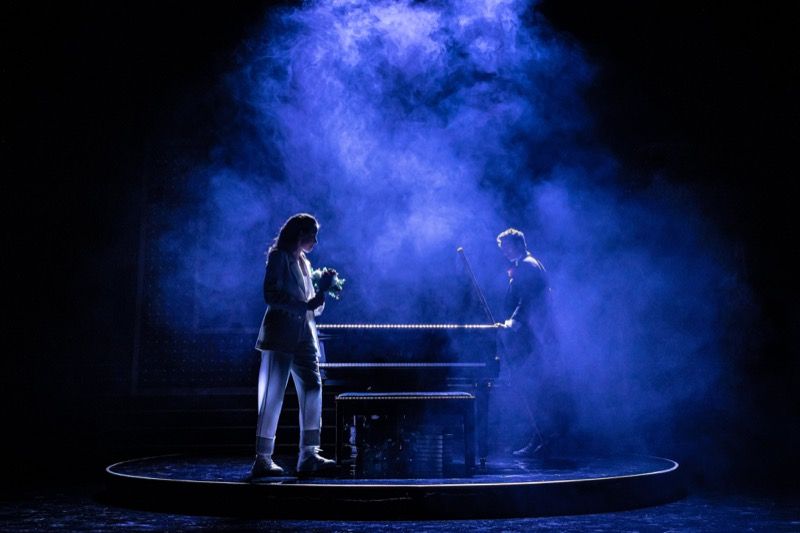