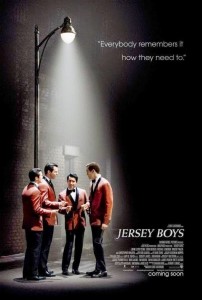 Everybody Knows My Name is the brainchild of actor Philip Bulcock, who played The Four Seasons’ Nick Massi at the West End’s Prince Edward Theatre from 2008 to 2010. Philip directed the nine-minute film and persuaded his co-stars Ryan Molloy (who just finished his London run earlier this year and makes his Broadway debut in July in the role of Frankie Valli), Stephen Ashfield (now in The Book of Mormon) and Glenn Carter to take part.

While Eastwood had a reported $40 million budget for the Hollywood adaptation of the musical, Philip funded Everybody Knows My Name himself. Shot on 35mm, the film cost £15,000 to make, along with lots of favours and unwavering determination. (Scroll down for Philip’s full story of how and why Everybody Knows My Name was made.)

The film takes its name from the band’s 1966 song of the same name. Pop aficionados may slap my wrists, but – quite contrary to its title – I had never heard of this song. Neither had Philip. Though some “Everybody Knows My Name” lyrics are spoken at one point, the song is not included in the musical or the film.

Everybody knows my name
I got fortune, even fame
I snap my fingers for a dame
There ain’t no man that I can’t tame

And unlike the likes of “Sherry”, “Walk Like a Man”, “Big Girls Don’t Cry” or “December, 1963 (Oh What a Night)”, “Everybody Knows My Name” was never a No 1. In fact, in 2007, the song was included in the album “Off Seasons: Criminally Ignored Sides from Frankie Valli and The Four Seasons”, but that didn’t drive it up the charts either.

“Everybody Knows My Name” has a much more melancholic and folksy feel than I associate with The Four Seasons. And, to my ear in the London four’s rendition, it sounds incredibly modern, newly minted.

In the film, Philip has built a short narrative around the song’s lyrics:

It is 1965 and a famous Rock and Roll band is in town. The morning after their sell-out concert, amongst the detritus left from a night of debauched after-partying, the band is gathered in a hotel suite for a song-writing rehearsal. Not a word is spoken and the rehearsal never begins, but as normal life continues around them, a preternatural composition takes place, a collective expression that could threaten the band’s very existence.

Everybody Knows My Name is beautifully shot, dark, gritty and soulful. And, really, the song is astonishing. I can’t stop replaying the video and humming it to myself. Philip is now working on an ITunes release and radio edit.

Let’s get this song and short film the attention it deserves! Please spread the word.

Philip’s story on the making of Everybody Knows My Name

I made Everybody Knows My Name in the second year of my time at Jersey Boys, principally as an exercise to further my directing skills and work with 35mm film (with film dying out, I thought it might be my only chance to work on that medium), but also as a testament to the mutual friendship between the four of us (myself, Glenn Stephen and Ryan) and also as an example of the kind of marketing material I’d like to have seen for the show.

The song is one that the Frankie Valli character quotes from during his narration, and I was listening to the lines one night in my dressing room when I realised I didn’t know the song, so I sought it out and played it. I thought it was a great track, with a very poignant message, and as the only unsung song of Jersey Boys, it might be interesting to do a film based around it. 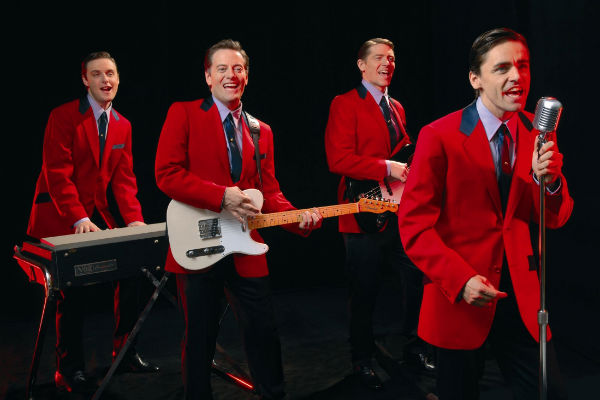 I pitched the idea around. The other guys liked it. In November 2009, with a full crew, catering and a massive amount of 35mm camera kit, we shot it non-stop for 27 hours in two apartments above Westminster Music Library.

I was helped with post-production by some of Soho’s leading studios. It really took ages to do the post-production as it was all on favours and waiting for massive post-prod companies to have space in their diaries. Finally, about two years later ended up with the final product.

In the meantime, I sent a rough cut to Bob Gaudio, Rick Elice and Marshall Brickman, and Bob made sure that Graham King (of GK films) and ‘all the execs at Sony’ (the studio who were originally going to make the Jersey Boys feature film) saw it… Bob and Graham went on to produce the Jersey Boys movie directed by Clint Eastwood. At one point when they couldn’t get the feature made, I offered to direct it!

The positive reaction to my short film was overwhelming and it seemed for a while they would do something with it… a single release, use it in line with the feature as some sort of marketing tool… a few things were mooted. I hung on but nothing happened and, of course, other projects came along that took my time so my film remained under wraps. I sent it off to a few film festivals and got knocked back – I was calling it a musical narrative but I think they just saw it as a music video and most film festivals don’t have categories for music videos.

So time went by and it made sense then to wait until the feature came out to try to piggyback, as it were, on the publicity. None of the British cast ended up in the feature, which was a shame; I thought it might have been classy of them to have at least one of us in there somewhere.

Well, in lieu of that, I have my film, that I made and funded myself, with a very willing cast and crew who gave up their time selflessly. We didn’t have millions of dollars or Clint, but I’m proud of the finished product and it also brings the audience something new. I haven’t seen the feature film yet, I’m due to this week, but as far as I can gather it’s pretty much the stage show on film – some bits have translated well and others not.

Everybody Knows My Name offers something a bit extra… Something the Jersey Boys audience might not know about.