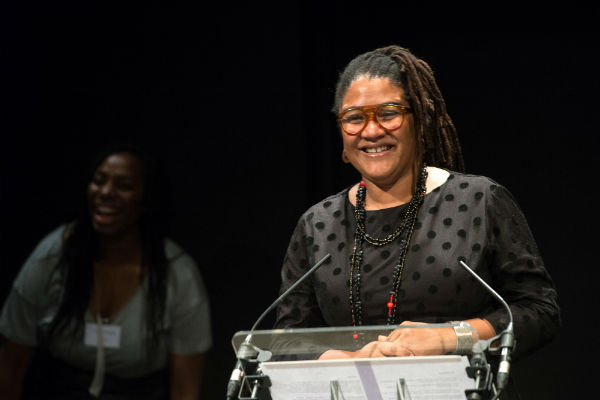 It was hugely inspiring attending the presentation of the 2016 Susan Smith Blackburn Prize at the National Theatre on Monday night. Inspiring to hear about so many brilliant plays written by women. Inspiring to hear from so many of the authors of those plays, not least the winner, Lynn Nottage, for her play Sweat. Inspiring to learn how significantly this prize has been making a difference to the lives of those women for 38 years.

In addition to the prestige, and resulting career bump, that comes with being recognised by the transatlantic panel of judges, the Blackburn Prize puts real money in the pockets of both winners and finalists: $25,000 to the winner, $5,000 to each of up to 11 other finalists. Again and again in the acceptance speeches, the writers commented on how essential the confidence and financial boost has been to their work.

And inspiring for the evening’s other speeches, too. In particular, actor and judge Tanya Moodie, whose many credits (coincidentally) include Intimate Apparel by Lynn Nottage at Theatre Royal Bath and the Park Theatre, and Joanne, the monologue written by numerous female playwrights, at Soho Theatre, for which she’s just been nominated for Best Solo Performance in My Theatre Mates’ #AlsoRecognised Awards. (Click here to vote by 25 March.)

Tanya gave a compelling overview of how far we still have to go do achieve gender equity in UK theatre – and reiterated just how inspiring these women are who are writing the plays that continue to make a difference for other women. Tanya kindly gave me permission to publish her speech below. I hope you find it inspiring too.

I’m going to begin with a quote from Shakespeare – Hamlet’s advice to the players:

The purpose of playing, whose end both
at the first and now, was and is, to hold as ’twere, the mirror up
to nature; to show virtue her own feature, scorn her own image,
and the very age and body of the time his form and pressure.

When we hold the mirror up to Gender Parity in UK theatre, we see a 2:1 problem, or two men for every woman. And there is a completely workable theory that it’s all Shakespeare’s fault.

You see, until not long ago, a lot of UK theatres relied on the repertory system of an acting company performing different plays over a season. Shakespeare often featured at the centre of the season and, though he wrote exquisite parts for women, there aren’t very many of them – only 16%. Any new plays in the rep system would then be programmed with the gender balance of the featured classic in mind.

This practice runs so deep within the UK theatre going conscience that we are habituated to just not seeing women’s bodies equally represented on stage. Add complacency to the mix and we get figures like this…

In research from 2012 done by Charlotte Higgins of the Guardian and Elizabeth Freestone, the Artistic Director of Pentabus Theatre, they discovered that the 2:1 problem begins at board level. At the time, their sample theatres had an average of 33% women on their boards; only one, the Royal Court, has a majority female board. Women accounted for 36% of the artistic directors.

So looking forward to saying a few words about gender parity in UK theatre & meeting all the brilliant nominees! ❤️ https://t.co/X0XLRAByaO

Women are also underrepresented on stage, among playwrights and in creative roles such as designers and composers. Of the actors employed by theatres they surveyed, 38% were female, with the National coming out at 34%. Of directors, only 24% employed were women; and when they examined creative teams (directors, designers, sound designers, composers), 23% were women.

The legacy left by male-biased casting at the core of seasonal programming dominated by male writers has blunted an urgency for gender parity and diversity on UK stages. And in the UK, the weight of popular theatrical history is not on the side of diverse female voices: the canon is overwhelmingly white and overwhelmingly male.

Add to that the belief of some theatremakers that the staging of the classics must shun ethnic or disability diversity in order to preserve “historical verisimilitude”, then this means an even greater dearth of women from diverse intersections, and fewer opportunities for them to develop their skills via the many workaday parts available to their white, able-bodied, male counterparts. 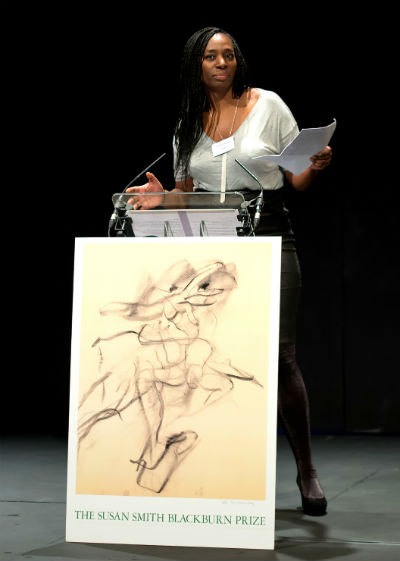 As women artists in freelance roles, the theatre is also a hard place to sustain a career and parenthood: no pension, no maternity leave, a nomadic lifestyle and unsociable hours.

The gender pay gap also persists. Academic research conducted in the Noughties found that women working within the culture sector generally earn £1 per hour less than men. Although the current government have said they want to end the gender pay gap within a generation, the Fawcett Society, the women’s equality charity behind the “this is what a feminist looks like” t-shirt, said that, at the current rate of progress, eradicating the gender pay gap will take over 50 years.

There is currently an explosion of extraordinary female voices in theatre, among them, all the nominees for this year’s Susan Smith Blackburn Prize. However, in the UK, the 2:1 problem persists even in this – women writers account for only 35% of new plays produced.

In the process of getting their work developed, women writers feel they are judged by a tougher standard and that when plays by women don’t work, they are harshly condemned. This makes taking risks all the more difficult for women. While men are seen as being in a process on the way to developing their unique creative voice, the argument is that women can do domestic drama very well, but don’t have the intellectual rigor to write ‘state of the nation’ plays.

Well. Each one of our nominees has blown that erroneous notion out of the water.

Previous Susan Smith Blackburn Prize winner playwright Caryl Churchill, in giving advice to director Katie Mitchell on how to explain to her daughter about gender inequities within the arts said this:

“Well, what you’ve got to say to her is that the feminist movement – this movement of equality – is relatively young; it’s only 100 years old. So it hasn’t really bedded in if you compare it to the patriarchal system, which has been going for so many centuries. So you just say, it’s a bit young, so it’s got teething problems, and you have to just keep going.”

I want to leave you with this quote by Black American playwright Alice Childress:

“I continue to create because writing is a labour of love and also an act of defiance, a way to light a candle in a gale wind.”

To all of our nominees I say: continue. You are lighting so many candles in the hearts and minds of all who see and read your work, and in the souls of our future generations of women playwrights in the process of developing their unique creative voice. Thank you.

And the winner is…

NEWS: Sweat by Lynn Nottage wins £25k Susan Smith Blackburn Prize
The 2016 Susan Smith Blackburn Prize has been awarded to U.S. playwright Lynn Nottage for her play Sweat (pictured) , a searing drama about the ravages of America’s industrial a searing, politically charged drama about the ravages of America’s industrial decline. The announcement was made at the National Theatre in London on Monday 22 February, as the transatlantic theatre community gathered to honour Ms. Nottage and nine finalists for the annually awarded prize which celebrates women playwrights.