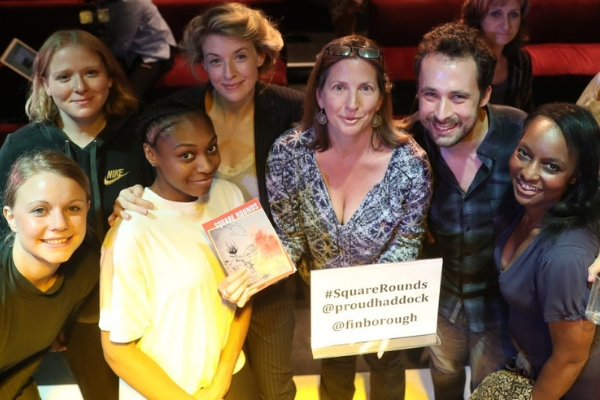 The pub beneath the Finborough Theatre, where Proud Haddock’s revival of Tony Harrison’s Square Rounds, is currently closed for refurbishment. So what does Proud Haddock artistic director Jimmy Walters do on the night of our post-show Q&A? Bring in drinks from the off-licence for everyone, both onstage and in the audience. I’ll drink to that!

The drink and interaction added perfectly to a convivial and fascinating discussion on the morality of science and warfare, the challenges of verse drama, the history of Harrison’s work (one audience member had seen the original National Theatre premieres of both Square Rounds and Harrison’s earlier verse drama The Trackers of Oxyrhynchus, which Proud Haddock revived here last year) and the directorial necessity of paring things down in a 50-seater.

Fritz Haber, a German Jewish chemist, has been ordered by the Kaiser to develop a deadly poison gas to help Germany win the First World War. Despite the protestations of his wife, Haber hopes that his new invention will be an opportunity to escape his status as an outsider in German society.

American inventor Hudson Maxim is concerned for his country and the frightening technological advances employed by America’s new European enemies. But he’s also jealous of his brother Hiram, internationally famous for his invention of the machine gun. The motivations and legacies of these and other inventors who advanced the technology and frightening scalability of mass extermination are explored, in verse, in Square Rounds.

Tony Harrison directed his own play’s premiere at the National’s Olivier in 1992/1993 with a cast of 25. Now, 26 years on at the 50-seat Finborough Theatre, it’s performed by an ensemble of: Eva Feiler, Gracy Goldman, Rujenne Green, Amy Marchant, Philippa Quinn and Letty Thomas.

For last night’s post-show Q&A, I was joined by Jimmy Walters and the cast (except for Eva Feiler, who was poorly – hope you’re on the mend, Eva!). Watch the full discussion below.

Square Rounds continues until 29 September 2018 at the Finborough Theatre. 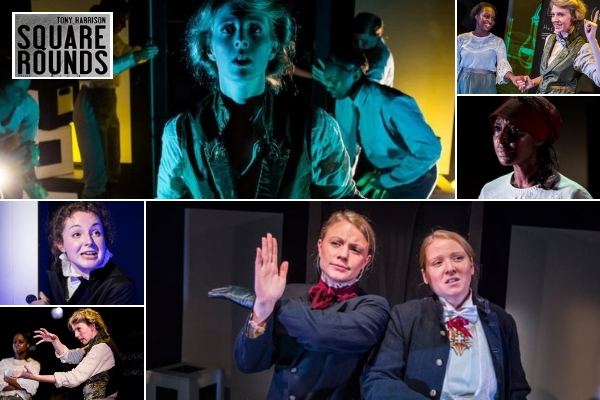