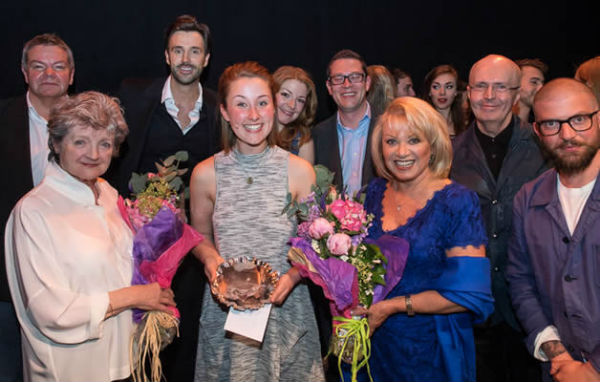 Erin Doherty was awarded the Stephen Sondheim Student Performer of the Year award by judges including Elaine Paige and Julia McKenzie. © All photos on the page: David Ovenden

On Sunday, I attended my first Stephen Sondheim Society Student Performer of the Year Awards (or, the SSSSPOTYs, ‘for short’!). The competition is now in its ninth year – and I, for one, certainly intend to be back for its tenth anniversary in 2016.

The SSSSPOTYs …. wait, wait, do I really have to call them that? I’m going to make an executive decision for the sake of this blog, and call them the Stevies, a (in my opinion, much better, name suggested on Sunday by awards presenter Michael Xavier). So…

The “Stevies” are in fact two competitions: one to find the best student performer interpreter of composer-lyricist Sondheim’s work; the other, upon the insistence of Sondheim himself, to find the best new song from up-and-coming musical theatre writers. The event is run by the Sondheim Society in conjunction with another charity, Mercury Musical Developments (MMD).

A judging panel hears Sondheim performances from dozens of drama school students (72 this year), which are whittled down to a shortlist of 12. At the Awards concert, these 12 then perform one Sondheim as well as one new song, which they select from a list of entries from new British musical writing teams drawn up and supported by MMD.

All of these 24 performances were top-notch, happily holding their own alongside the professionals who also chipped in: presenter Michael Xavier, who also reunited with his princely 2010 Into the Woods co-star Simon Thomas (the pair having great fun with Sondheim’s ‘Agony’); and a truly unforgettable from the West End’s ultimate diva Elaine Paige, mercilessly sending herself up in a version of Sondheim’s “I’m Still Here” from Follies, with new lyrics care of Anthony Drewe and written to mark Paige’s 50th year in showbusiness this year.

The cash prizes for the students to went to main winner Erin Doherty (from Bristol Old Vic Theatre School) and runner-up Leah West (from Arts Ed). Meanwhile the Stiles & Drewe Best New Song -judged by George Stiles and Anthony Drewe, along with former song-writing competitors Jake Brunger and Pippa Cleary (who premiered The Secret Diary of Adrian Mole this year) – was awarded to ‘Don’t Look Down’ from Richy Hughes and Joseph Finlay‘s The Superhero and Darren Clark‘s ‘The Angel at the Top of the Tree’ was runner-up. Grant McConvey also received a special commendation for his performance of ‘Don’t Look Down’.

Channeling the stars that came before them

While I enjoyed the award-winning performances, they weren’t the only ones that stick in my mind. So, I’m going to dole out a few of my own “P.S. Paddie Prizes“. Starting with several young performers who seemed genetic and artistic descendants of performers I love from earlier generations. By the way, I draw these comparisons as the highest form of compliment, not to suggest that they are in any way poor imitations! 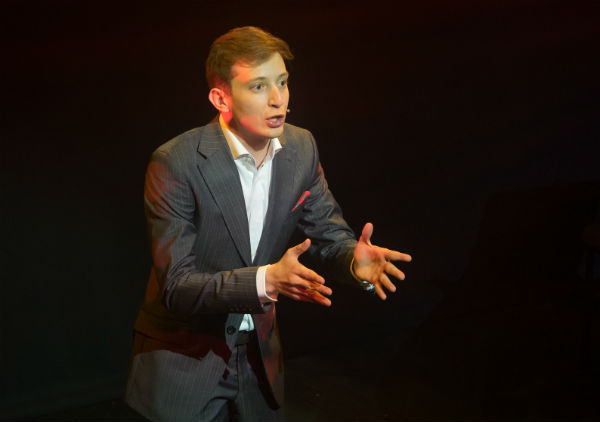 Luke Farrugia is like a young Danny Kaye, with buckets of comic charisma, as Roman slave Pseudolus dreaming of being ‘Free’ from A Funny Thing Happened on the Way to the Forum. 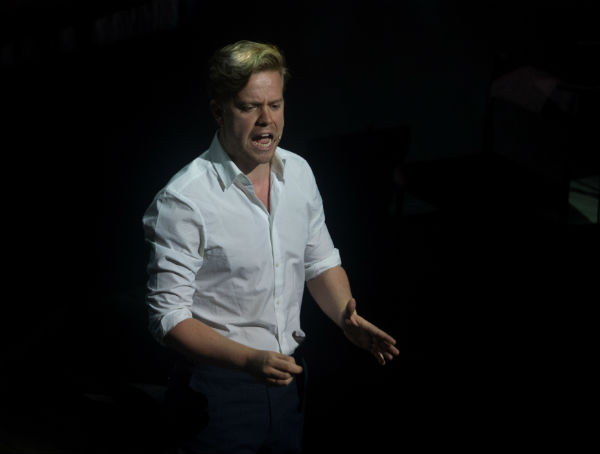 Is hunky Nick Shirm this next generation’s Philip Quast? The fact that he nailed Sunday in the Park’s ‘Finishing the Hat’ (famously played at the NT by Quast) and then turned into a fairy tale prince for Marc Folan and Adey Grummet’s ‘Princess in My Room’ answers the question for me. 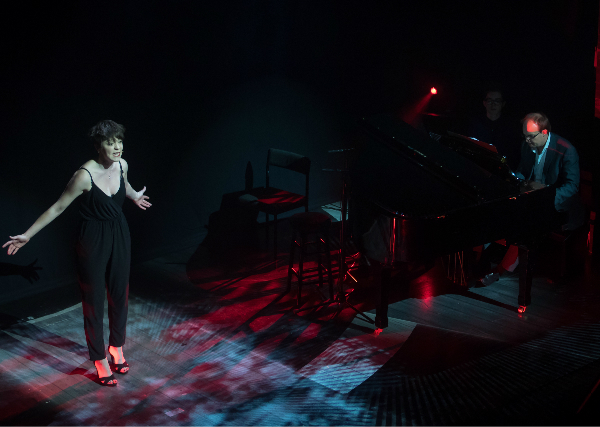 Amy Bridges is an irresistible cross between Caroline O’Connor and Maria Friedman. She switches from gleefully greedy comedy in ‘More’ from Dick Tracy to brutally needy vulnerability in Eamonn O’Dwyer’s devastating ‘Look at Me’.

Other standout performances and memorable ditties 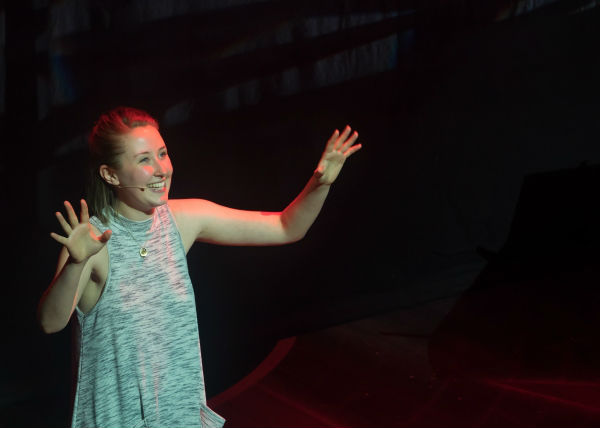 Erin Doherty was a deserved winner for two comic song performances: Sondheim’s ‘Broadway Baby’ from Follies and, a kind of Toy Story for girls, Darren Clarke’s funny and moving ‘The Angel at the Top of the Tree’ in which she plays a Christmas decoration made by a three-year-old.

Here’s what Erin had to say about being crowned this year’s winner:

“It was honestly one of the best experiences I’ve ever had. The entire day was just a joy to be a part of – every single person involved, from the contestants to the Creative Team at the Garrick Theatre and technicians – were so supportive. I just embraced the magic of it! I’m so grateful and can only hope that more days like this Sunday are to come.” 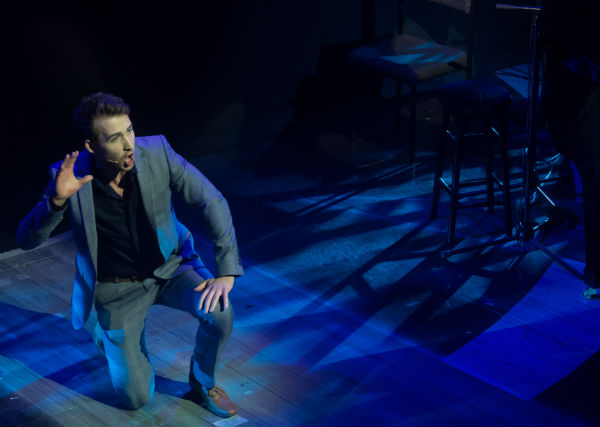 I hope Fathers 4 Justice commission Richy Hughes and Joseph Finlay to mount a full-scale production of The Superhero. If Grant McConvey’s performance of their Best New Song-winning ditty ‘Don’t Look Down’, about an acrophobic F4J protestor who dresses up as Robin (no Batman costume fit) and climbs Big Ben, is anything to go by, we’ll be in for a treat. 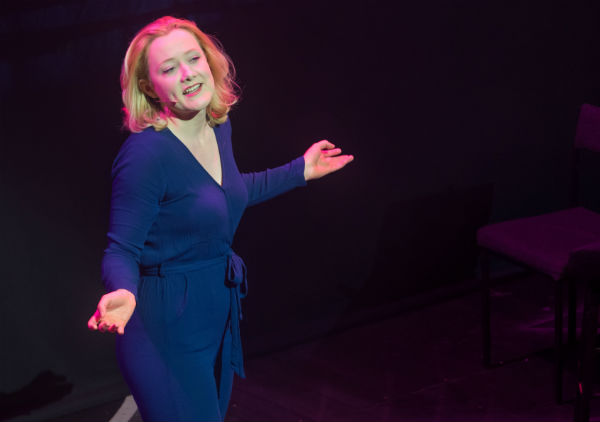 Charlotte Vaughan made the most of another top-notch comedy song, Danny Davies’ ‘You’re Better Off Loving Yourself’, which also had a sting in the tail about the risks of getting hurt in relationships. 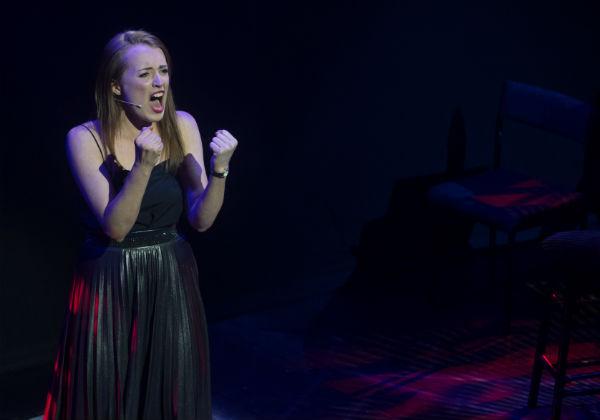 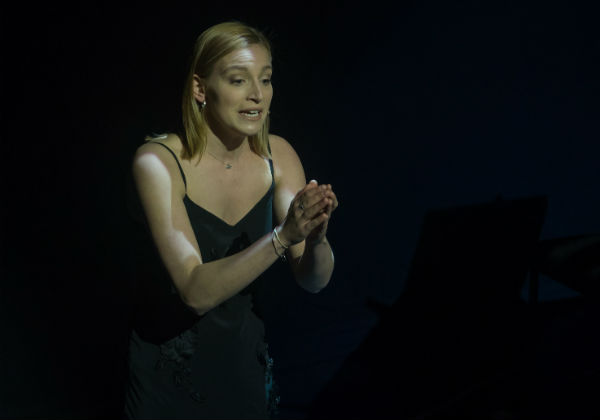 Leah West was a runner-up Student Performer of the Year. In ‘I Read’ from Sondheim’s Passion, she captures the dark yearnings of a life lived vicariously through the fictional characters in the books she reads.

A note on drama schools

Let me repeat: all of the performers mentioned above are still studying. Precocious, or what? And which are the drama schools that are turning out such talent? I’ve listed below in alphabetical order by performer’s first name (I’m showing no favouritism here):