Snowflakes post-show video and photos: Where could impotent online rage lead us?

Home-Snowflakes post-show video and photos: Where could impotent online rage lead us?

Snowflakes post-show video and photos: Where could impotent online rage lead us? 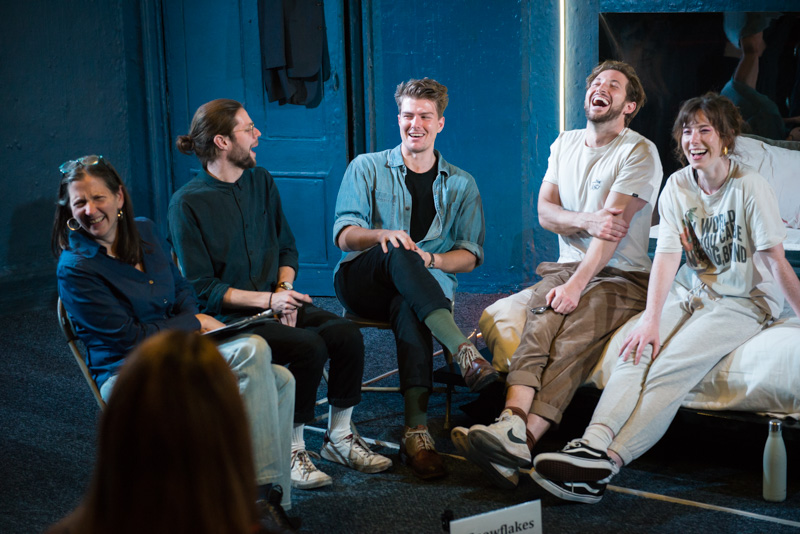 How far would you go to right a wrong? Robert Boulton’s debut play Snowflakes explores how, when faith in policing and judicial institutions has eroded, public outrage over a heinous crime of sexual assault might spiral into not just violent vigilantism but also a digital goldrush for just the right sort of sadistic entrepreneur.

In the week that Sarah Everard‘s rapist and murderer was convicted, it’s a scenario that doesn’t seem quite so far-fetched or distant from our current lives. Add in all the craziness of Covid, QAnon, anti-vaxxers, anti-maskers, Donald Trump and ‘the Big Lie’, ‘woke’ witch hunts, cancel culture and, well, maybe Boulton is a prophet as well as playwright.

In Snowflakes, Marcus and Sarah work for a very special type of start-up. They feed a voracious online appetite for trial by social media and violent retribution – essentially, crowdfunded, live-streamed, publicly-voted contract killing.

Marcus (Robert Boulton) is the poster boy for the company, hand-picked by management for his zealous commitment to the cause. Sarah (Niamh Finlay), on her debut field assignment, has moved up from brand recognition. Media personality Tony (Henry Davis) is their newest assignment – he just doesn’t know it yet.

At the Q&A after last night’s performance at London’s Old Red Lion Theatre, I was joined by the company and director Mike Cottrell, who co-founded Dissident Theatre with Boulton, to discuss all of the highly timely and topical implications.

On the panel, from left to right: (me) chair Terri Paddock, director Mike Cottrell, writer Robert Boulton and his co-stars Henry Davis and Niamh Finlay. 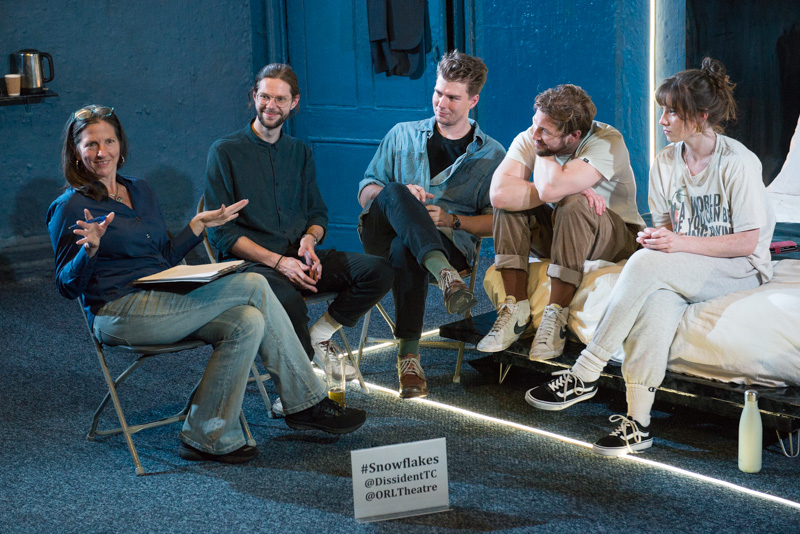 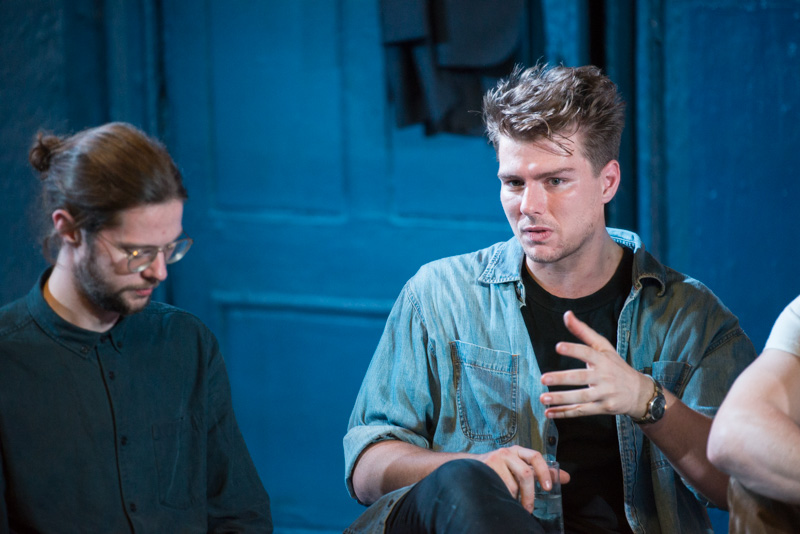 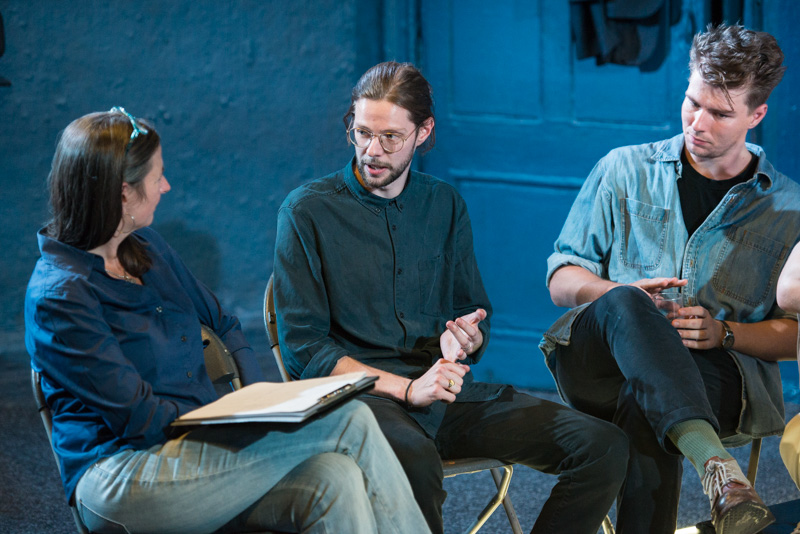 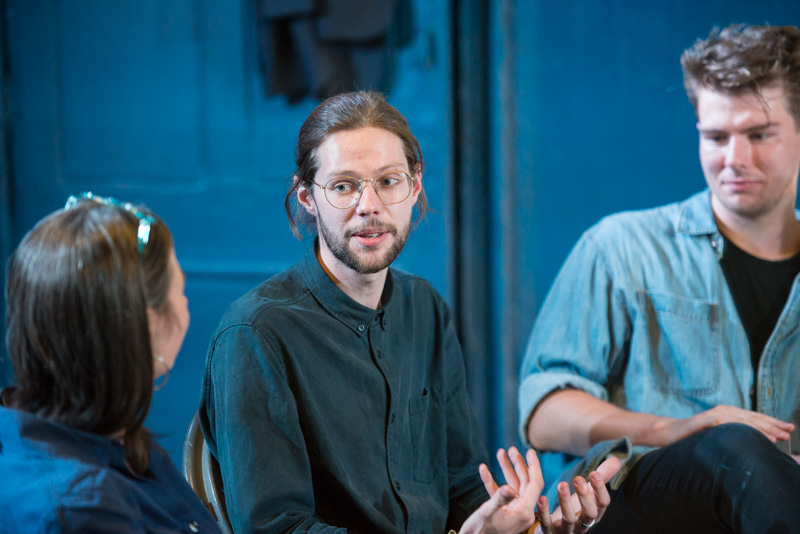 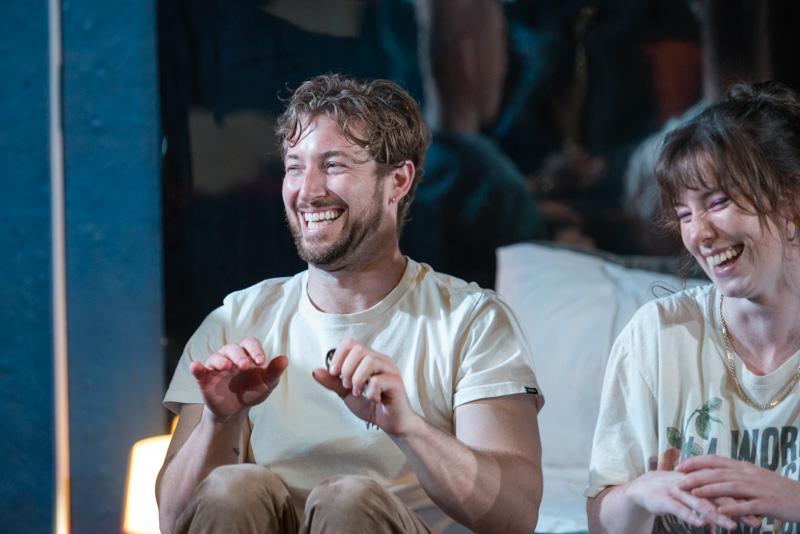 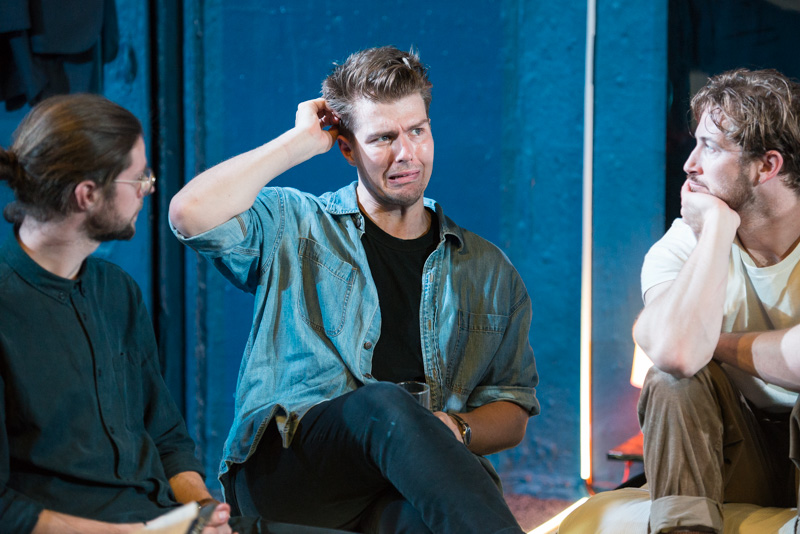 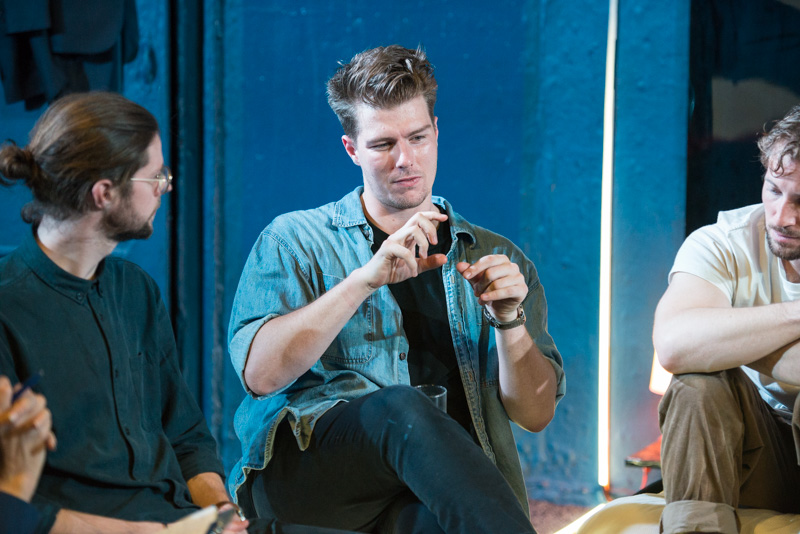 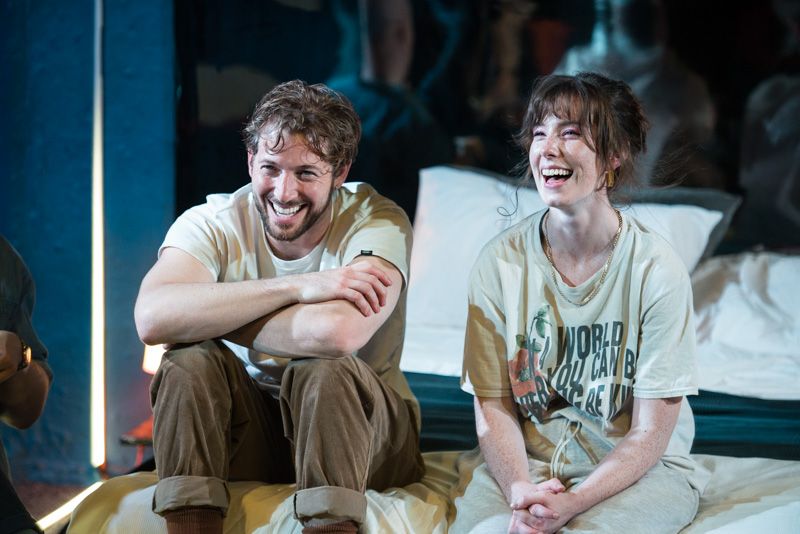 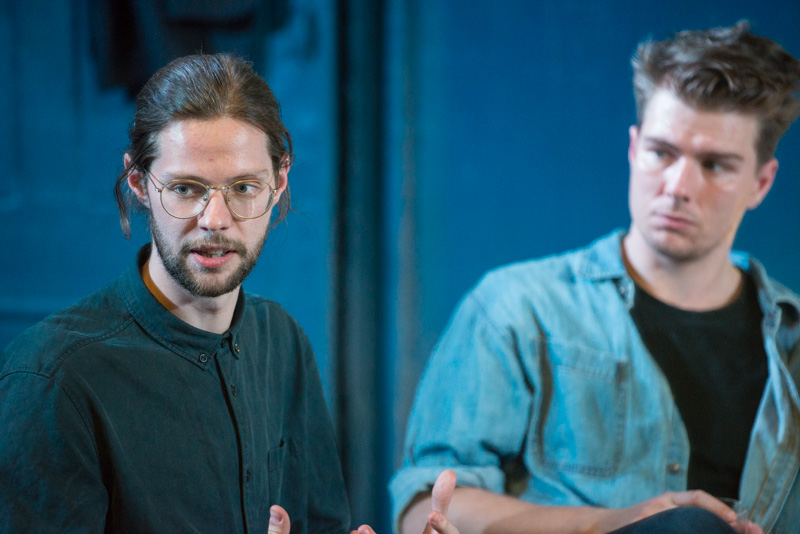 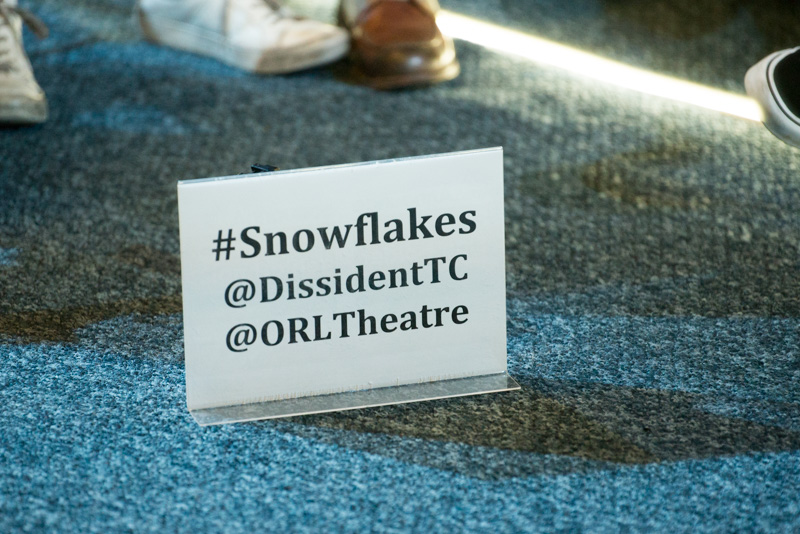 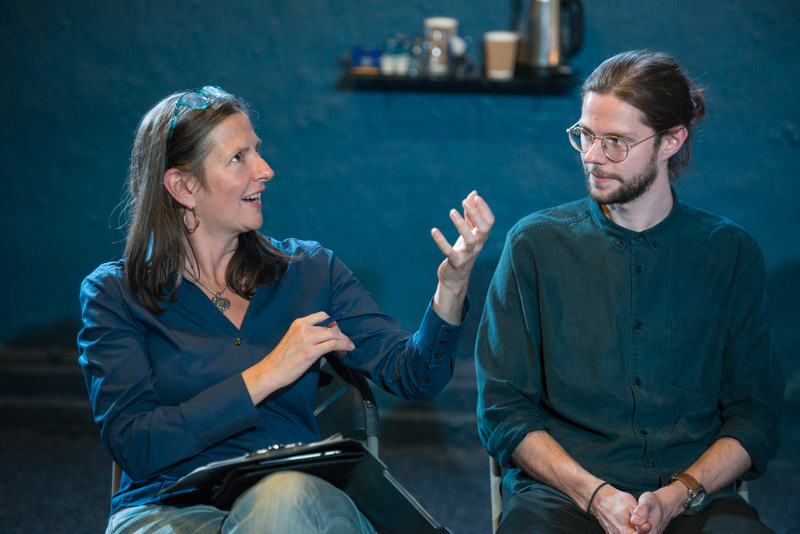 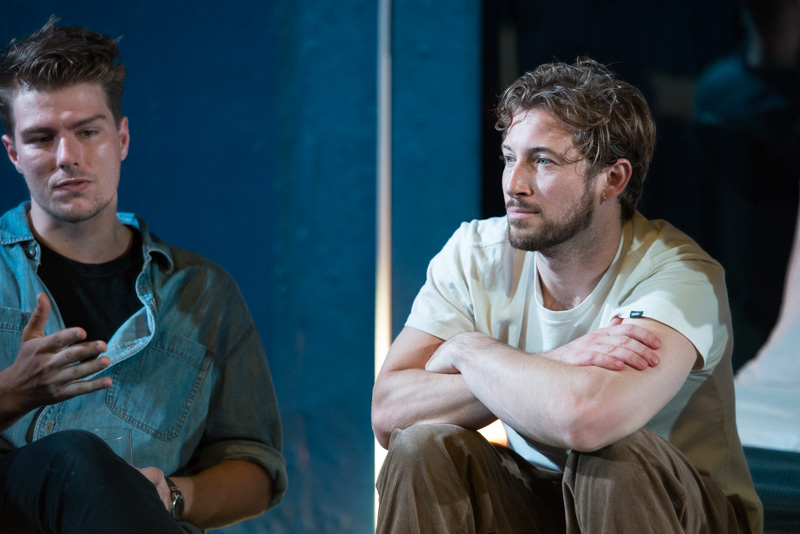 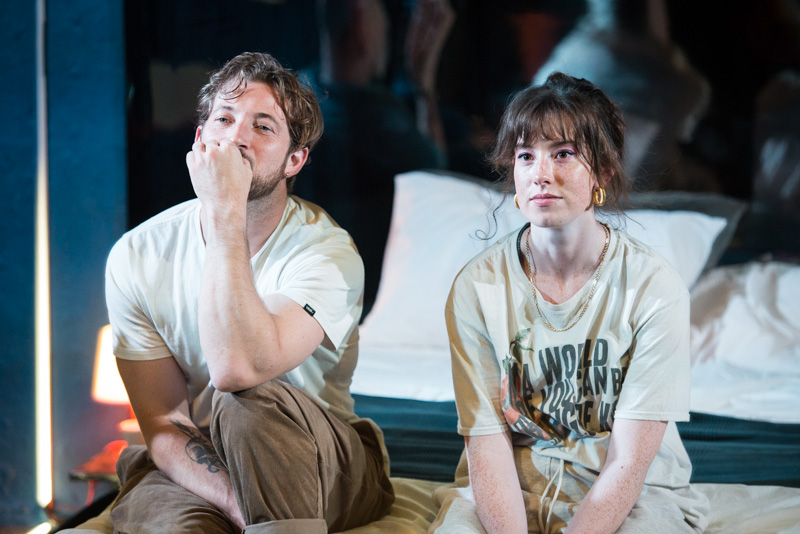 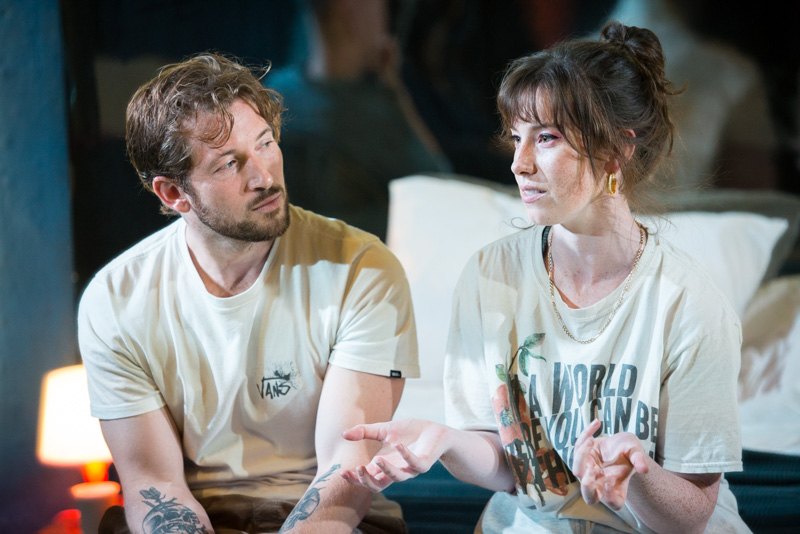 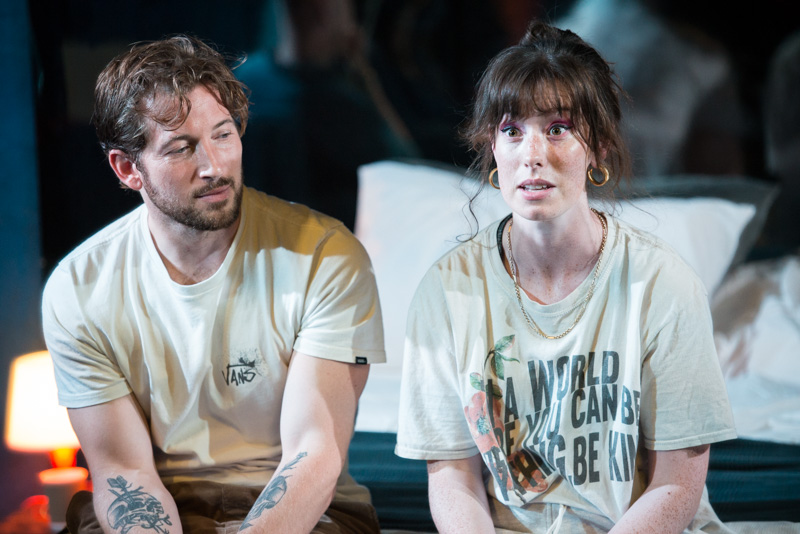 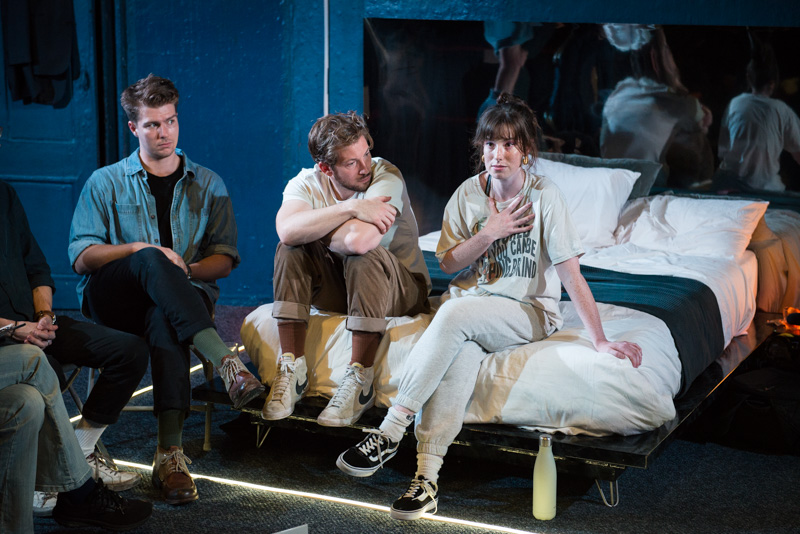 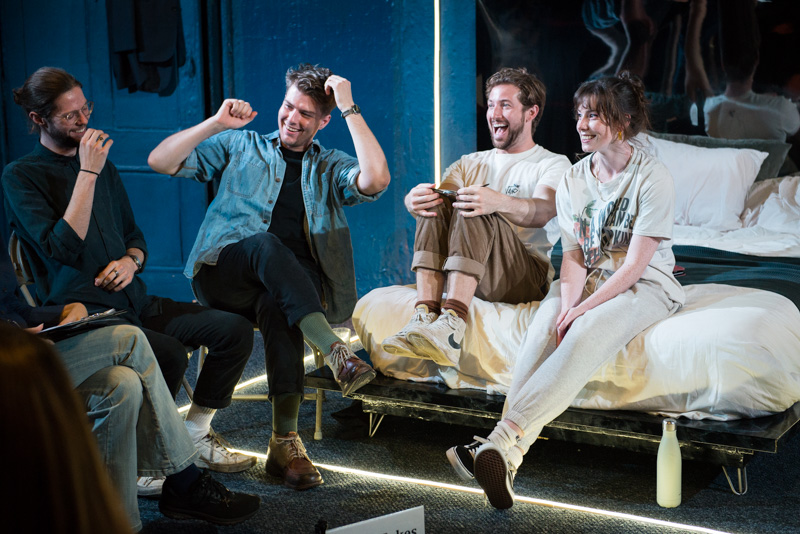 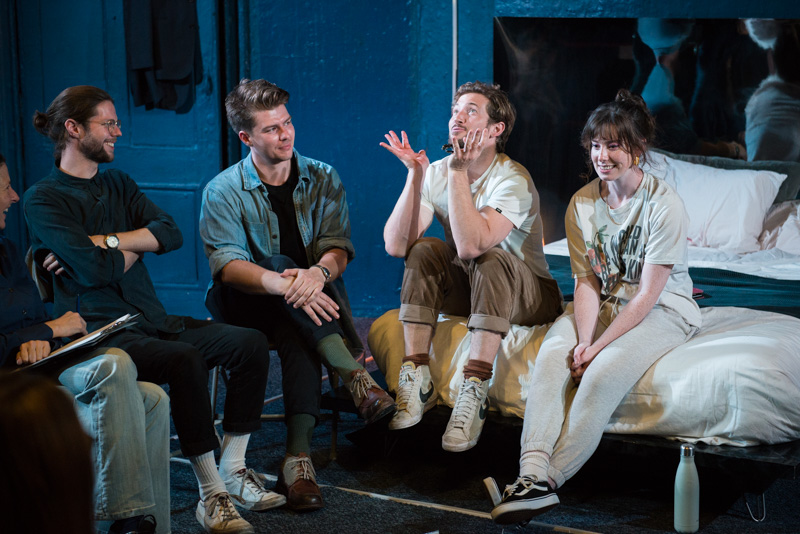