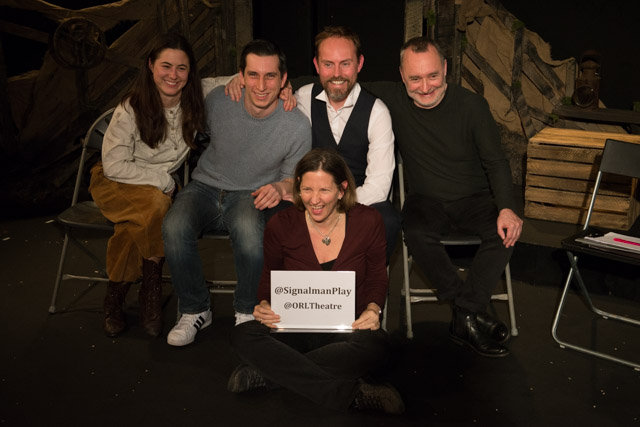 My post-show talk for The Signalman at the Old Red Lion Theatre. © Peter Jones

After Tania Amsel’s new play Blood Orange the night before, I returned to the Old Red Lion Theatre for Paragon Theatre’s adaptation of Charles Dickens’ ghost story The Signalman. Dickens in December and it isn’t A Christmas Carol? It’s a must-see for aficionados and newcomers alike.

How well do you know your Dickens? I got a mini-education thanks to my post-show talk at The Signalman not just thanks to adapter Martin Malcolm, but also from several Dickens aficionados in the audience.

In this 1866 short story, one of Dickens’ last completed works, a railway signalman is haunted by a mysterious figure standing at the mouth of a train tunnel. He’s sure it’s a warning – but what is it warning against?

A year before, Dickens himself survived a deadly railway accident. His experience, which including him tending to victims at the scene profoundly affected him. And, rather eerily echoing premonitory themes in The Signalman, he died five years to the day after the accident. Malcolm contends that the crash also changed Dickens’ writing and points to key differences in the story, particularly in terms of how he writes the working-class title character.

The play takes this further, dispensing with the character of the Victorian gentlemen narrator, and instead allowing The Signalman to be the master of his own tale, which he relates a sympathetic, largely mute, crossing sweeper inspired by the orphaned Jo from Bleak House.

It was fascinating to hear more about all of this from Martin Malcolm, as well as director Sam Raffal and Tim Larkfield, who plays the ill-fated railwayman, and Helen Baranova, who plays Jo. We also discussed Dickens’ approach to mental health matters and social justice, what he might be writing about in 2019 (Grenfell? Deliveroo drivers?), site-specific touring plans, Denholm Elliott and real-life ghost stories. 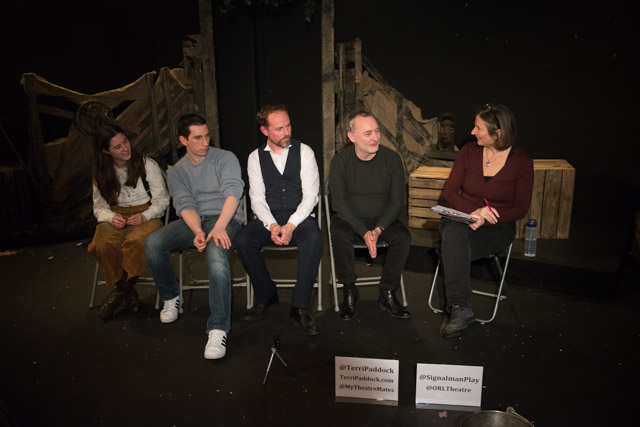 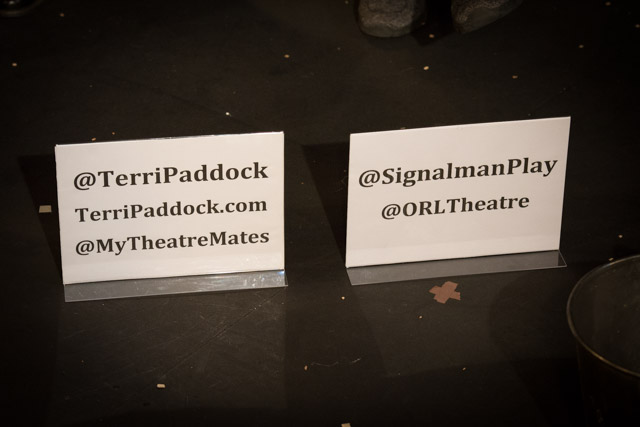 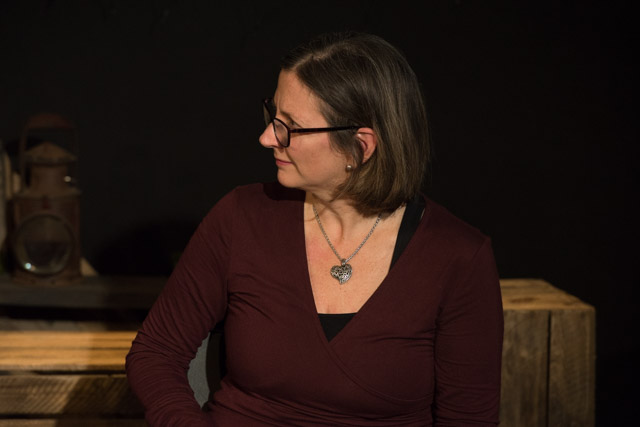 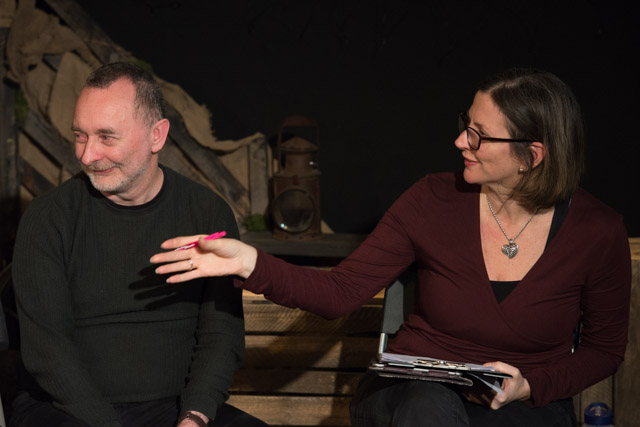 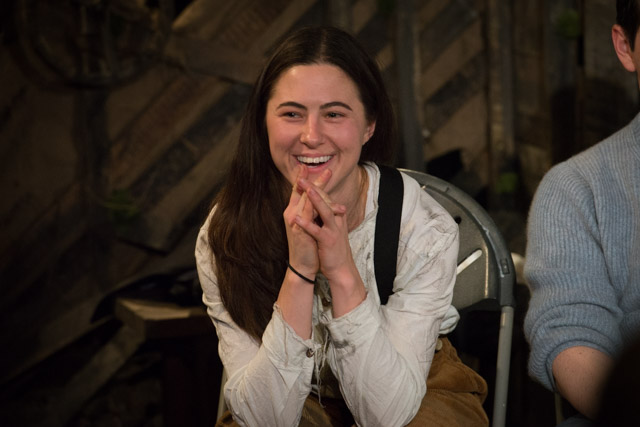 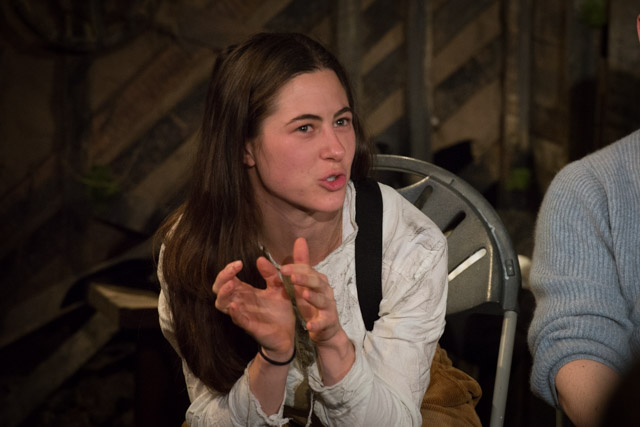 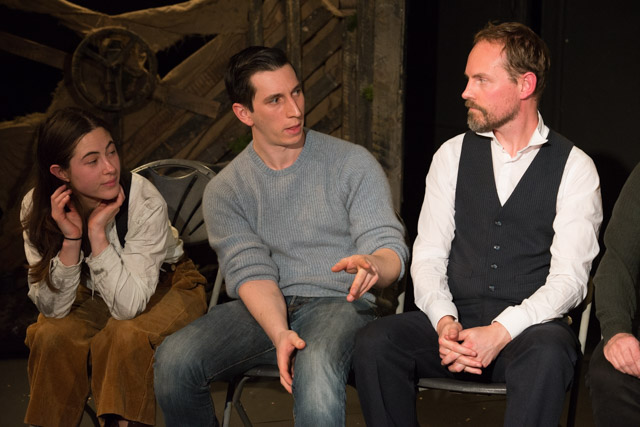 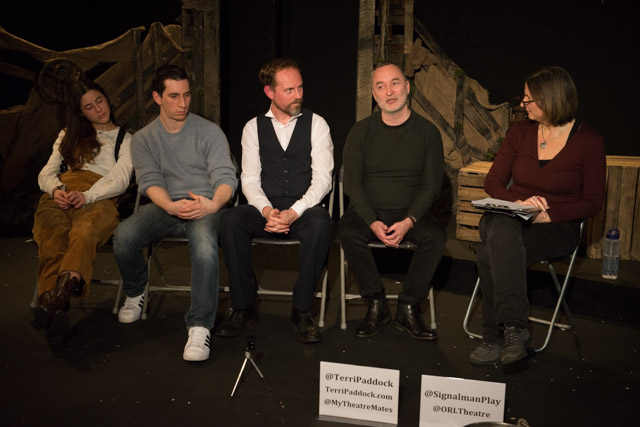 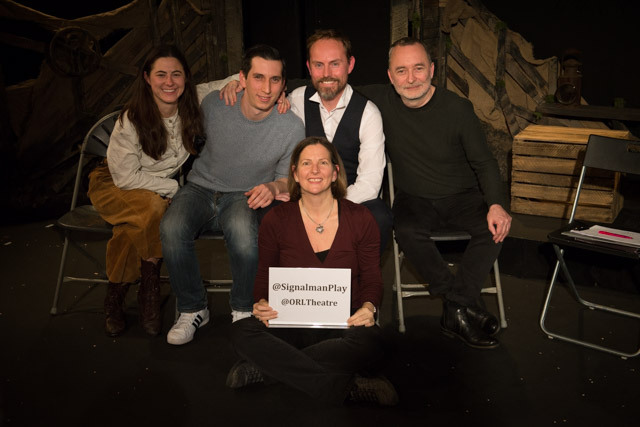