Home-The Showstoppers Q&A video and photos: ‘Just give us something with heart’ say the musical improv masters 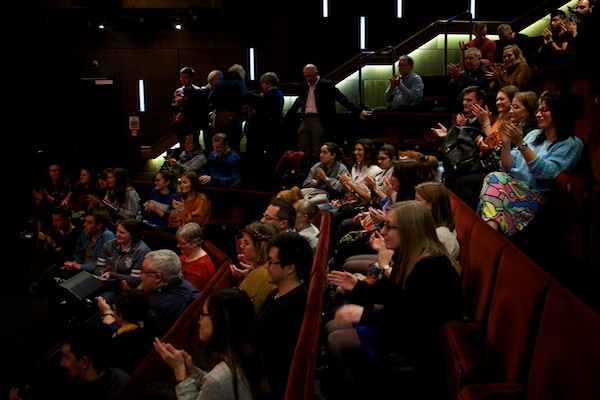 My post-show Q&A for The Showstoppers at The Other Palace. © Peter Jones

I’ve been following the insanely talented improv geniuses of The Showstoppers for most of their eleven years. How do they do it? I still can’t really fathom it, but I was pleased to gain a few more insights – and a new well of admiration – after chairing a post-show Q&A with them this week.

After 11 years of touring nationally and internationally, becoming an Edinburgh Fringe institution, conquering the West End and winning an Olivier Award (the first improv show to ever have been nominated let alone to win), Showstopper! The Improvised Musical has now moved into The Other Palace for an eight-week season. Last week, while there, the company celebrated their 1000th performance.

For the Q&A after Wednesday night’s performance, I was joined by Showstopper! co-founders Dylan Emery and Adam Meggido; other stalwarts from the now 17-strong family of improvisers, Ruth Bratt, Andrew Pugsley, Lucy Trodd, Justin Brett and Susan Harrison; and from the stable of musicians, Chris Ash and Chloe Potter. Would they all stick around to see The Showstoppers hit their 2000th performance? “We’ll have to speed up,” quipped Adam.

The audience of both diehard Showstopper! fans – including one gentleman, planted firmly front row centre, who is now up to 51 visits and counting – and improv virgins had plenty of questions about the improvisation craft.

The insightful nuggets and phrases that stick with me from our discussion: they enjoy it most when audiences don’t try to be too clever and “just give us something with heart” to respond to (such as the setting of “inside my mother’s head” from an audience member whose mother had dementia); sadism is an important part of what makes the show; the cast have committed to muscle memory how to perform over 300 musicals; the foundation of improv is to “Listen, Accept, Commit” and, yes, they do get asked to do Hamilton… A LOT.

As for the premiere we as an audience helped create on the night: it was a musical fantasy set in the last Blockbuster video store (in Anchorage, Alaska – with various side-trips to Bo-Kaap in Cape Town, Western Cape) in the musical style of Chicago, Cher and 42nd Street (amongst others). The title: One Block Away…. Just press play. 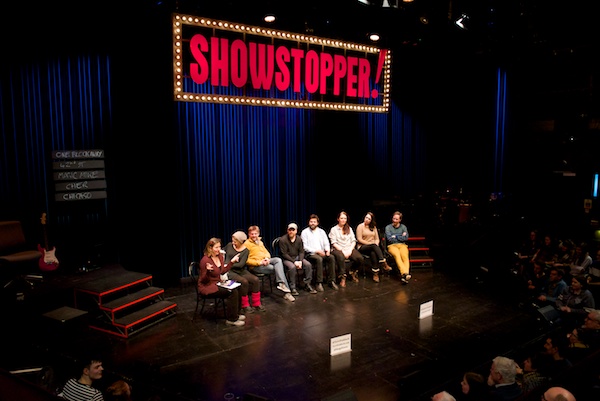 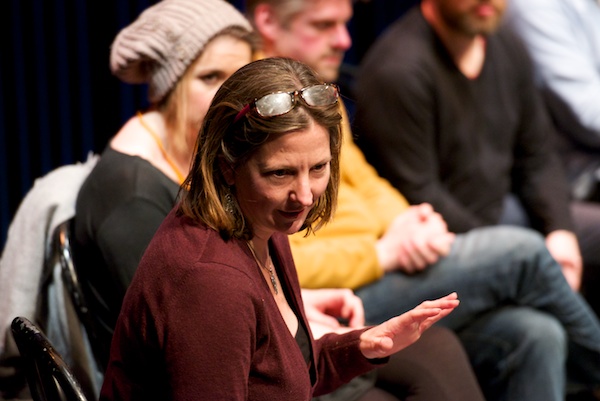 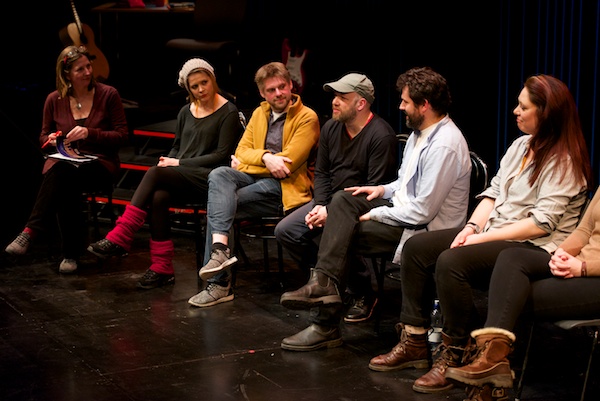 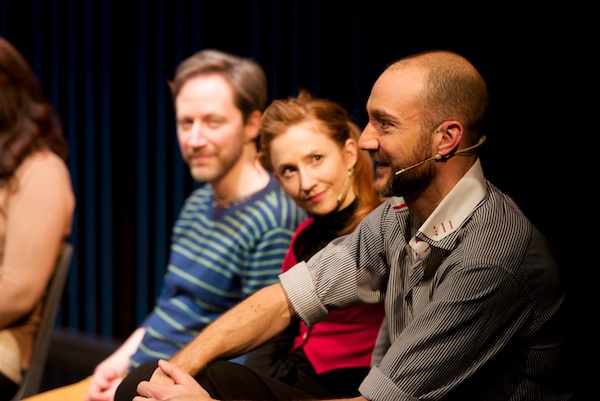 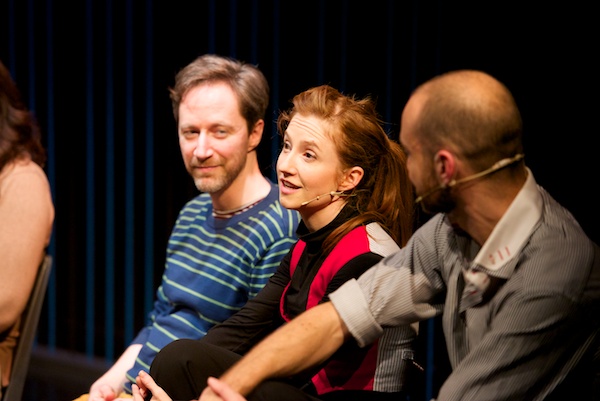 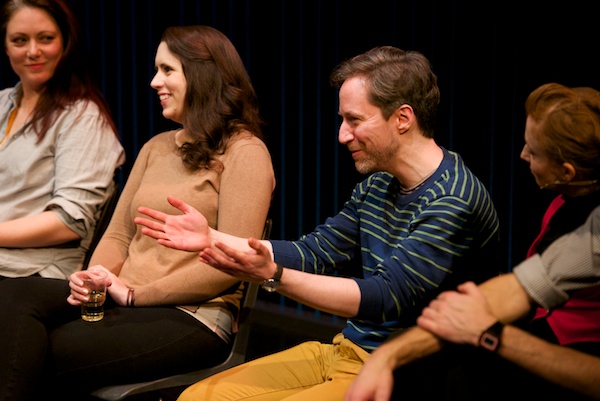 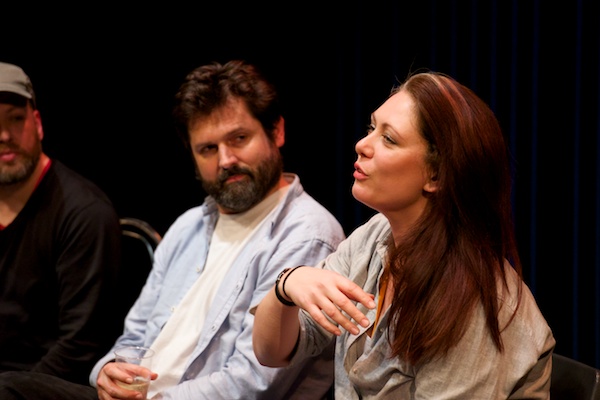 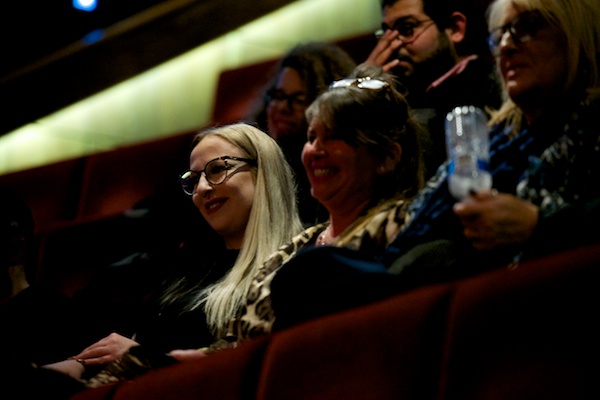 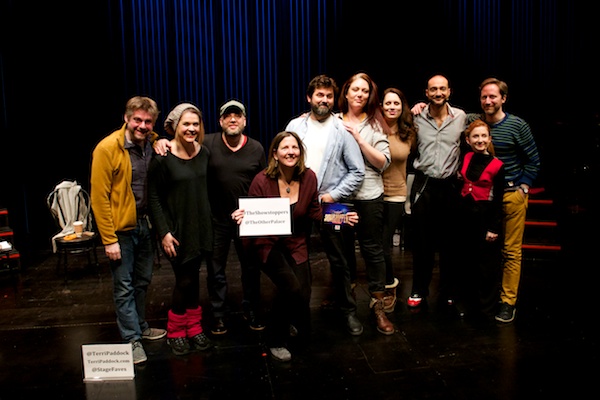 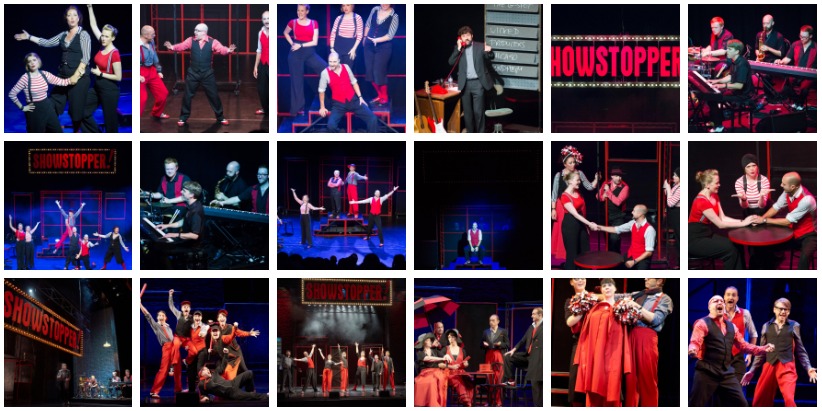 Get show photos & social media for Showstopper! & its cast on www.stagefaves.com